What is the LED brightness control by PWM

In Arduino Uno, there are fourteen pins of digital I/O, pins 2,5,6,9,10, and 11 are dedicated to the PWM output. We will use any of these pins to get analog output.

How to make a LED fading in Arduino

To make a LED fading in Arduino, first, we have to make a circuit using the following components:

We will ground the one leg of the LED, and to its other leg, we will connect a resistor. The open leg of the resistor will be connected to pin 3 which is a PWM output pin among the digital I/Os. The circuit diagram will be: 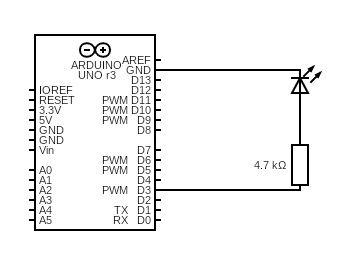 For fading a LED, consider the code:

Explanation of code: In the code, we have declared three variables of integer data type; ledpin, bright, and fvalue. We have connected the led on pin D3 of Arduino so save the value 3 in it and fvalue is used to control the brightness of LED. Using the pinMode() function we define the behavior of the ledpin as output and in the loop section, we have written the value of bright to ledpin using the analogWrite() function. Then increase the brightness with fvalue and next, we applied the if condition to change or invert the cycle for example, if the value of bright reaches 255 from 0 then this condition will convert the value to -255 and it will start to minimize till it reaches to zero.

The simulation of this project is:

The hardware configuration of the circuit using the breadboard is: 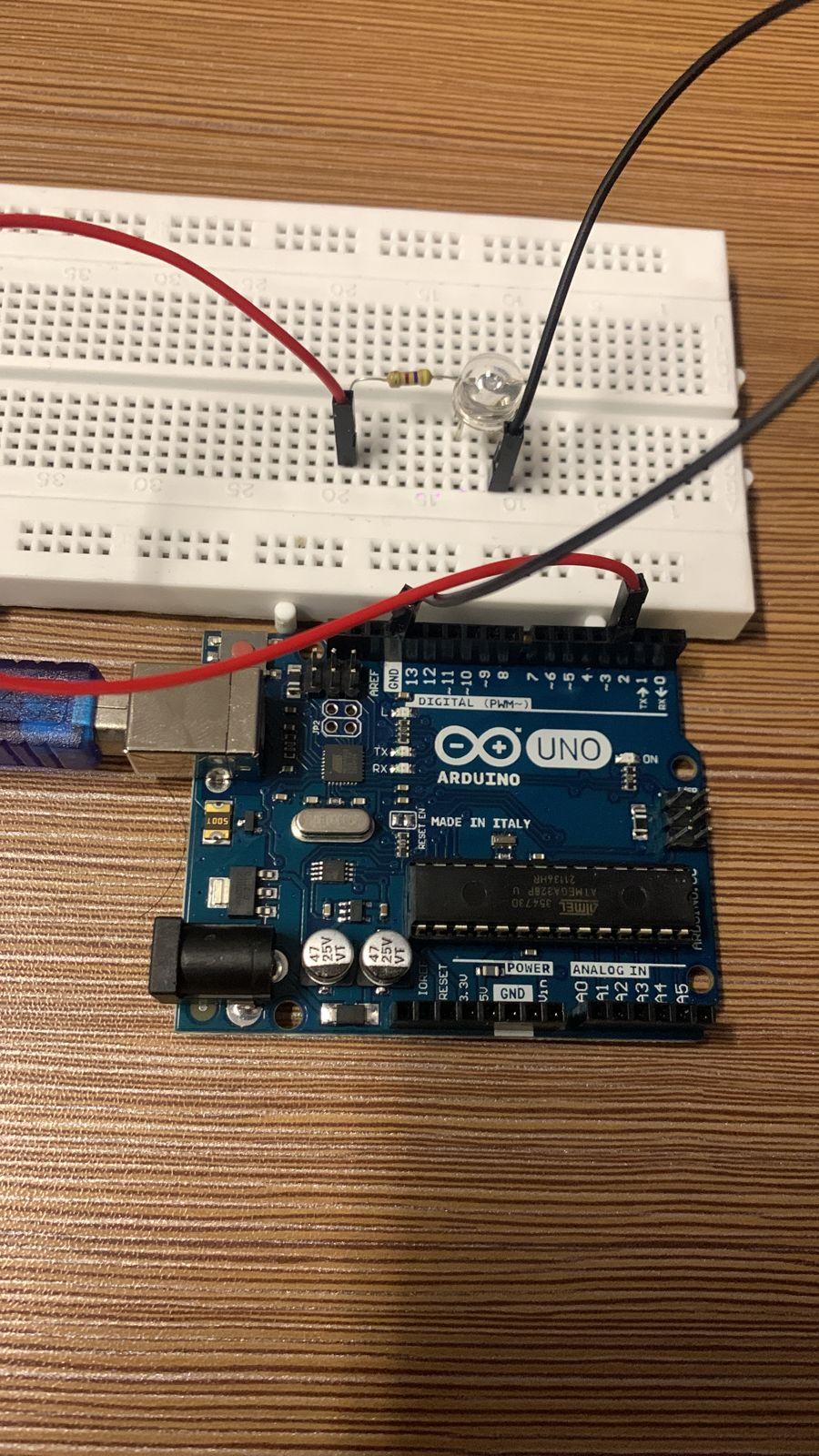 In Arduino, fading a LED is one of the simplest examples to demonstrate the analogWrite() from the digital I/Os pins using the PWM technique. In this write-up, a simple circuit is made using an LED and a resistor. A code is written in Arduino IDE by which we control the brightness of a LED.