The exFAT(Extensible File Allocation Table) is a file system similar to FAT32 and NTFS that is used in portable storage devices like USB and SD cards. The exFAT is much faster than the NTFS and it can support large partitions upto 128 pebibytes. The major feature of the exFAT is you can recover your data including images and videos which are unintentionally deleted if the format of the USB or SD card is exFAT. By default exFAT is supported by the latest version of the Raspberry Pi but if it is not supported, then we can enable it by simply installing some packages which are described in this article.

How to install exFAT file system on the Raspberry Pi

To enable the exFAT, we will need to install its dependencies by using the command:

How to mount the exFAT storage device on Raspberry Pi 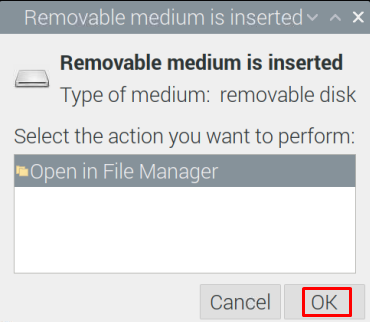 Click on the OK button in the message prompted on-screen, a screen will be displayed which has the files of the USB named, “Hammad”: 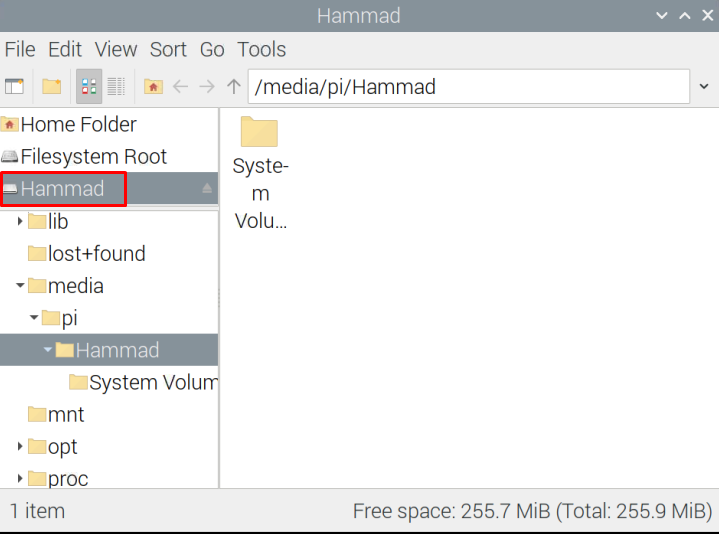 How to format an exFAT storage device on Raspberry Pi

Scroll down and we will find out the USB device:

Now to format, we will run the command by replacing the /dev/sda2 with the path of your storage device:

To confirm whether the USB has been formatted or not, we will use the command:

Totally zero files and directories means that USB has been formatted successfully.

How to unmount the exFAT storage device on Raspberry Pi

To unmount the storage device, we will simply go to “File manager” and right-click on the device name (Hammad) then select the “Unmount Volume”:

The exFAT was released in 2006 by Microsoft and is much better than the NTFS and FAT32 file systems. In this write-up, we discussed that the exFAT is supported by Windows and MacOS but the latest version of Raspberry Pi OS also supports it and if it is not supported, then we can enable it using some simple commands.