This brief tutorial shows step-by-step how to embed Google forms in WordPress.

After reading this tutorial, you will know how to easily integrate Google forms within your WordPress content.

All steps described in this article include screenshots to make it easy for any Google and WordPress user to apply them.

To begin, access the link https://www.google.com/forms/about/ and press the Go to forms button as shown in the following image.

When the Google forms page shows up, select the type of form you want to embed, or create a new one. For this tutorial, I will use a contact form, but you can choose any form you want.

After opening your form, press the Send button as shown in the screenshot below.

On the Send form window, press the code icon (< >) as shown below to get the iframe code which you will embed on your site. 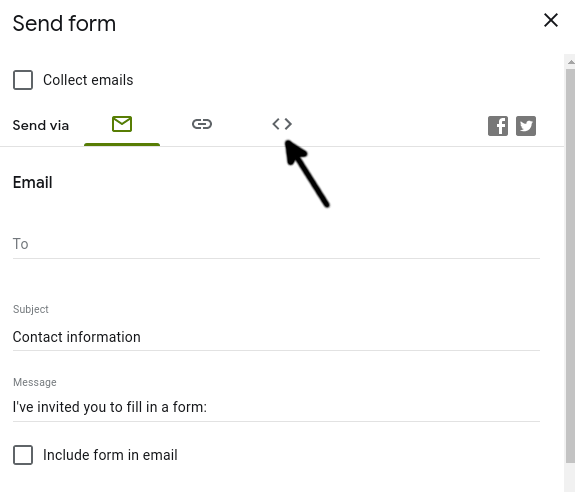 Copy the Embed HTML code by pressing the Copy button. 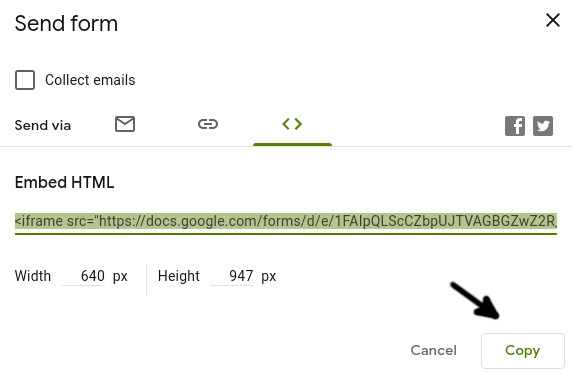 After copying the iframe code, access your WordPress dashboard and open the page or post where you want to embed the form.

Once you open the post or page in which you want to add the form, move your mouse cursor over an empty part of the content so the + symbol shows up, and press it.

When the available options show up, type “html” and when the Custom HTML function shows up, press it as shown below. 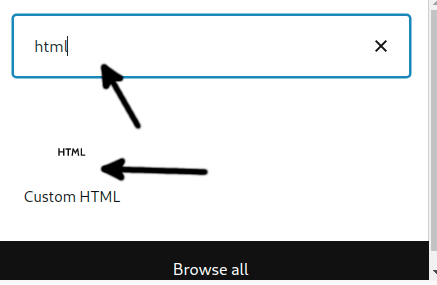 The following block will show up for you to copy the iframe code.

Paste the Google form provided in the block, as shown in the image below.

Now, you will be able to see the Google form embedded in your site.

Note: As you see in the screenshot below, your email appears at the top of the form. Don’t worry, this is functional to the Auto save feature, but your Google account won’t be shared with anyone. 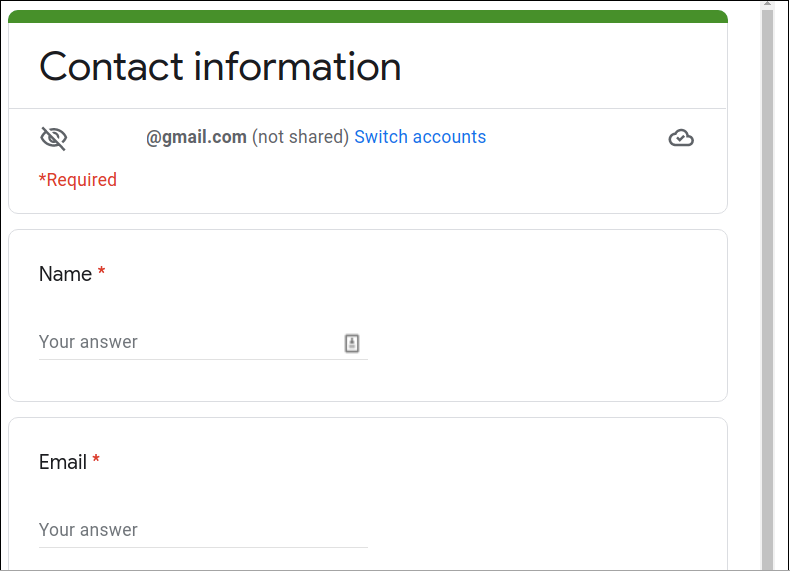 Creating Your Own Google Form

Previously, it was explained how to embed a Google form into your site.

Google form also allows you to create your own customized form.

To begin creating your own form, on the Google form main page press the Blank option as shown below. 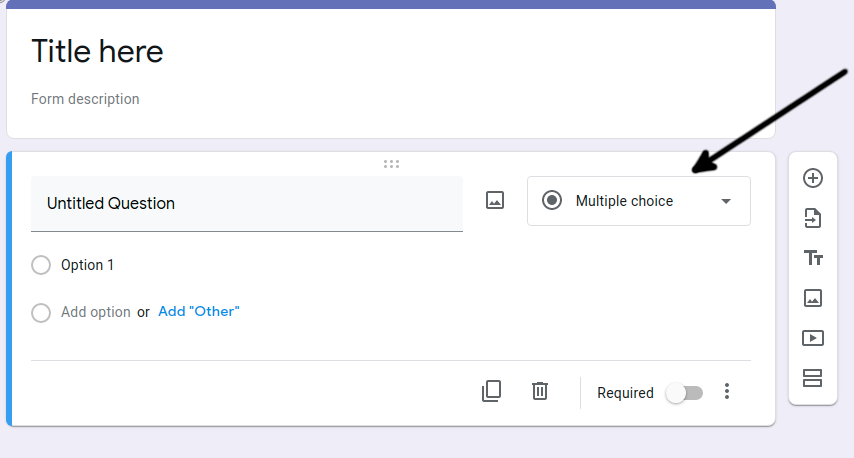 As you can see, you can include short answers, paragraphs, dropdown menus for users to select the proper option, checkboxes, upload files (Files will be stored on Google Drive) and more. 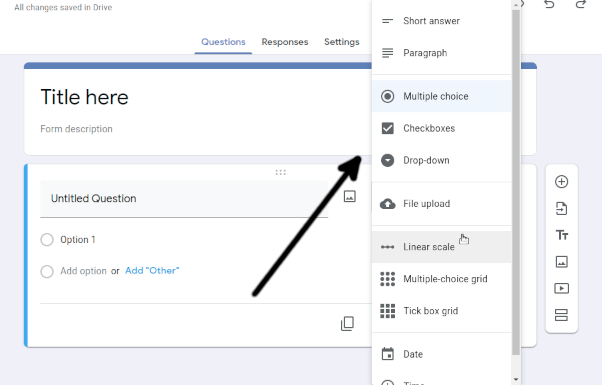 In the example below, I selected checkboxes for users to select their best operating system. As you can see on the right arrow, you also can add media to your forms. The lower arrow shows you the option to make answers mandatory. This is pretty intuitive. 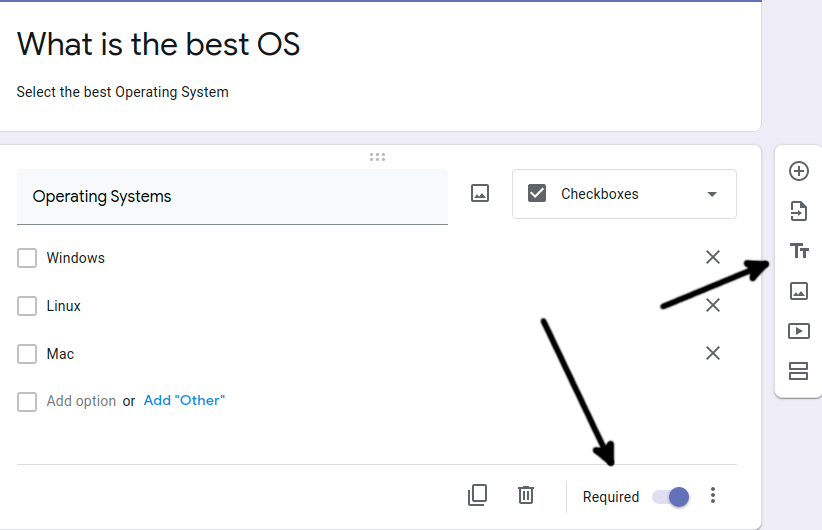 On the Settings tab, you can configure global options like giving points to your users for answered or filled fields, or for correct answers. Here, you also can include UX related options like showing a progress bar, show responses summary, and more (Presentation). 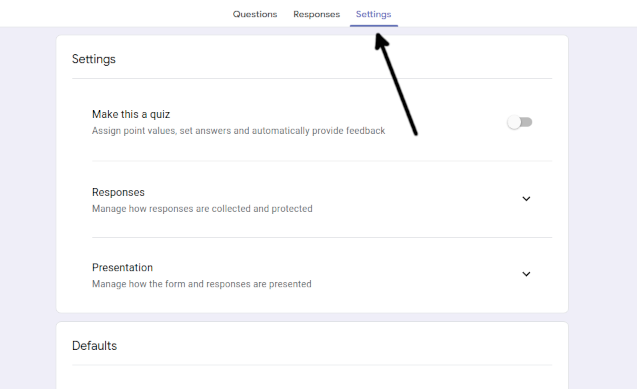 Finally, to share your form press the Send button shown in the image below.

You will see three tabs, the first one is useful to share your form through email. Second option allows you to share the form through a link, while the third option is to embed code as we did in the first section of this tutorial. 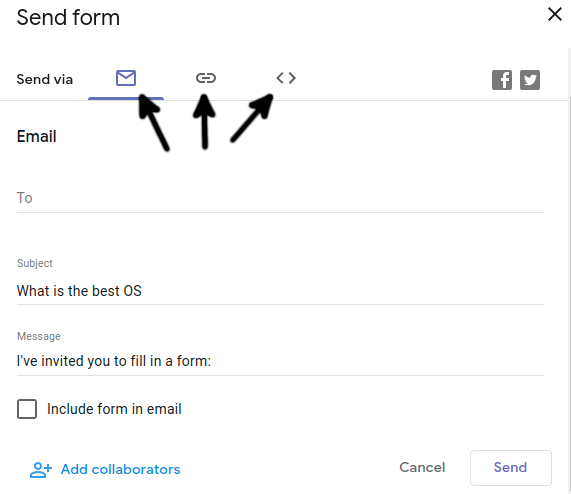 Now, you can create your custom form to share with your users.

As you can see, embedding a Google form into your WordPress site is a very simple process. Any user can do it by following the steps described above. Creating your own Google form to embed in WordPress is also an easy task, thanks to the intuitive interface Google offers for this. Using Google form is a great option to keep the interaction with users decentralized from your website. This also allows you to receive your users uploads in Google Drive instead of getting them in your server.

Thank you for reading this tutorial showing how to embed a Google form in a WordPress site. Keep following Linux Hint for more professional articles.