Dropbox is obviously one of the most popular cloud storage services. The service is so great that it has won the heart of a majority online users. The most important thing is, besides premium storage service, Dropbox also offers free service and a good amount of cloud storage.

Moreover, you can easily share your files over the internet. Dropbox is also a secure place to store your private documents and other confidential files that you can access anywhere in the world. All you need is just an internet connection.

Today, we’ll enjoy the feature of Dropbox on the most popular Linux distro – Ubuntu. My system is Xubuntu 18.04 LTS 64-bit, but the guide will apply the same for all Ubuntu versions including all the Ubuntu derivatives.

Dropbox has an official client for Linux systems. As Ubuntu is one of the most popular Linux distros, Dropbox officially provides a DEB package for Ubuntu and its derivatives.

After downloading is complete, run the following commands – 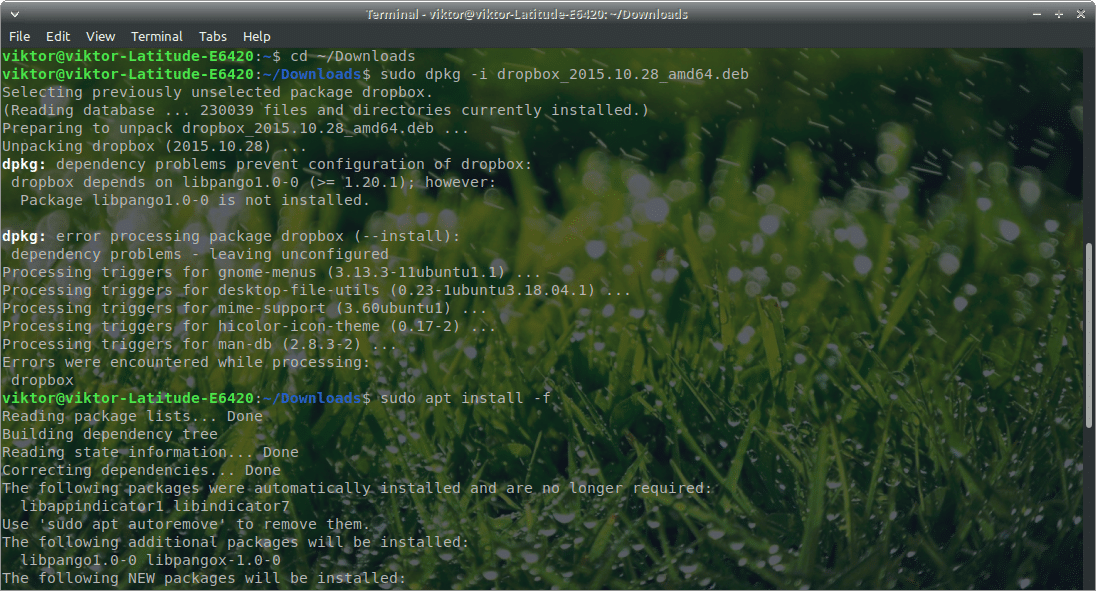 For installing Dropbox without the DEB package, run this command directly on terminal – 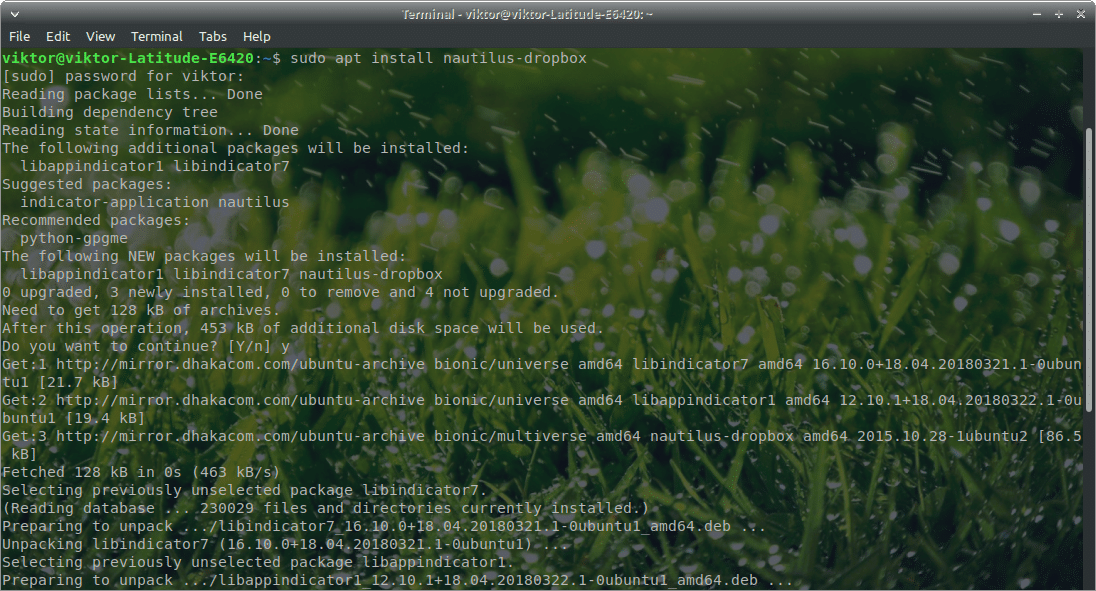 If you want to install Dropbox from source, that’s also possible. You need the following dependency as well –

For installing the “python-gpgme”, download the DEB package from Pkgs.org and run the following commands –

For installing all the other dependencies, run the following command – 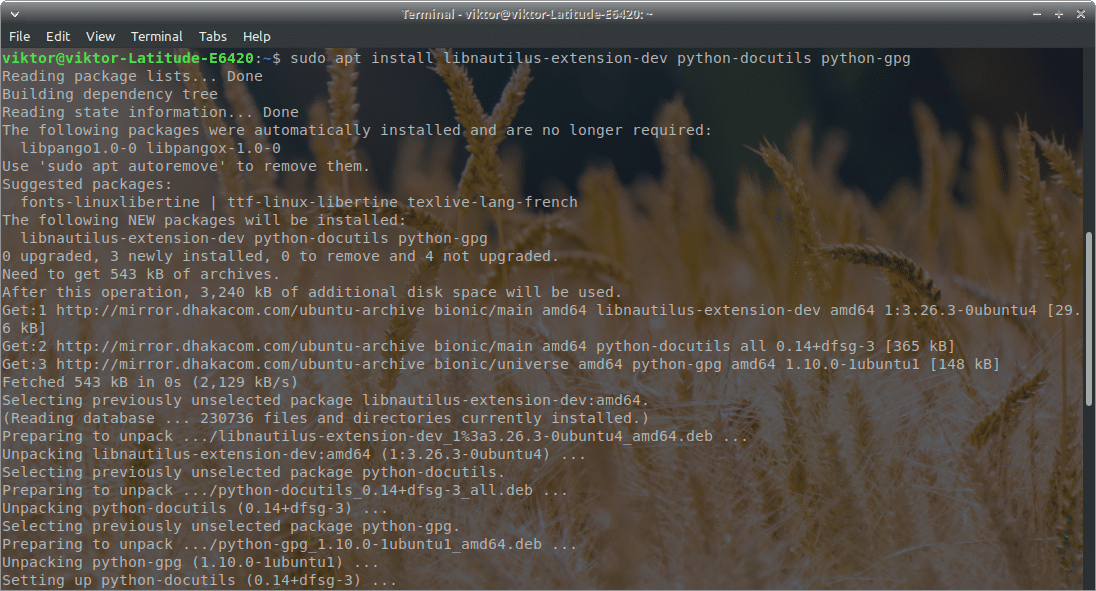 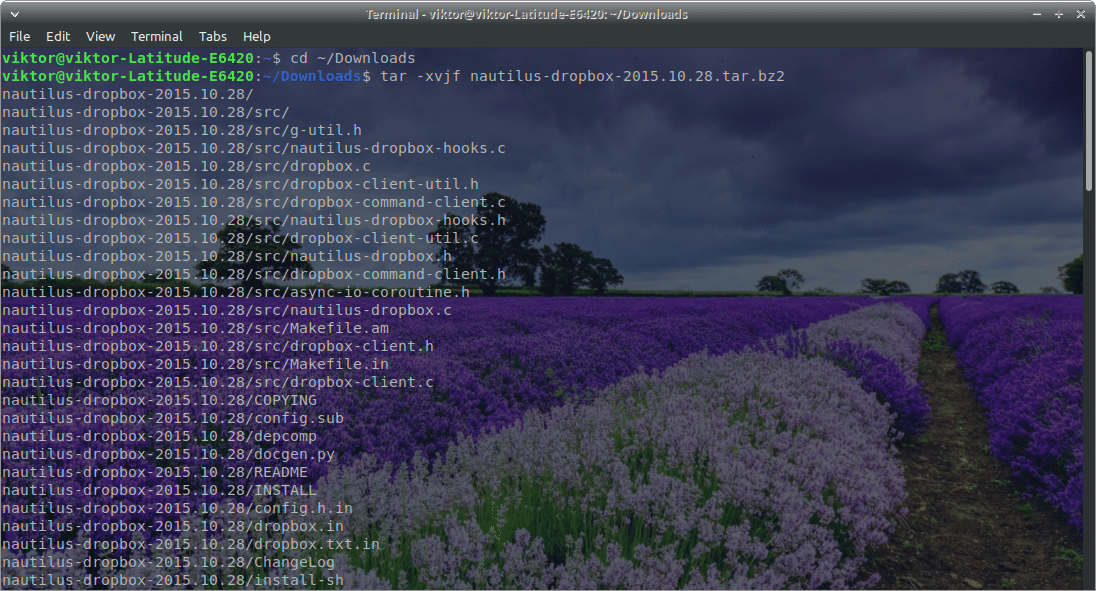 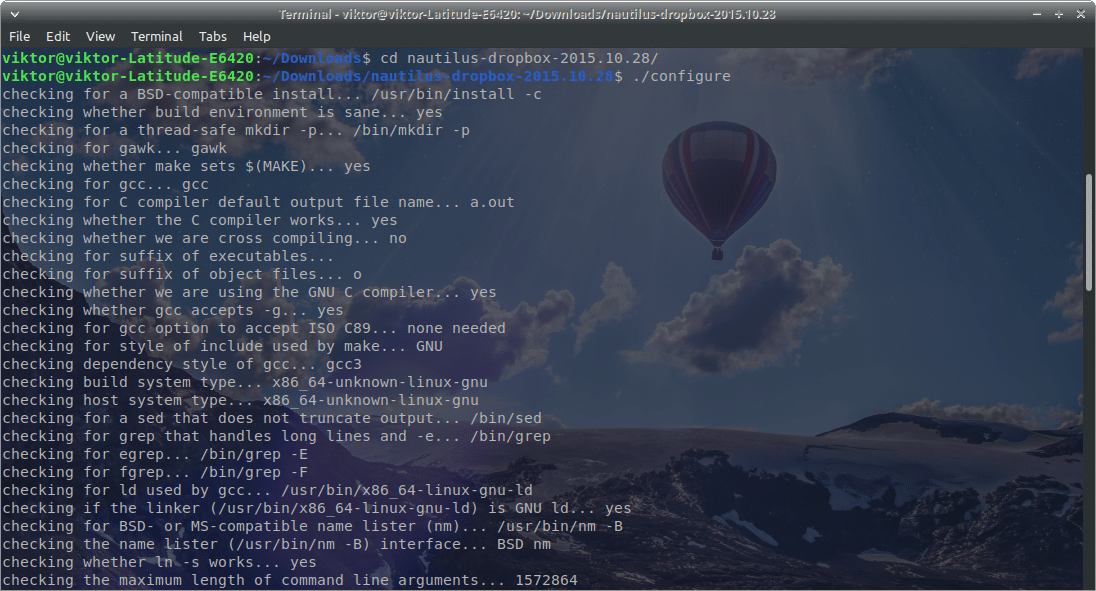 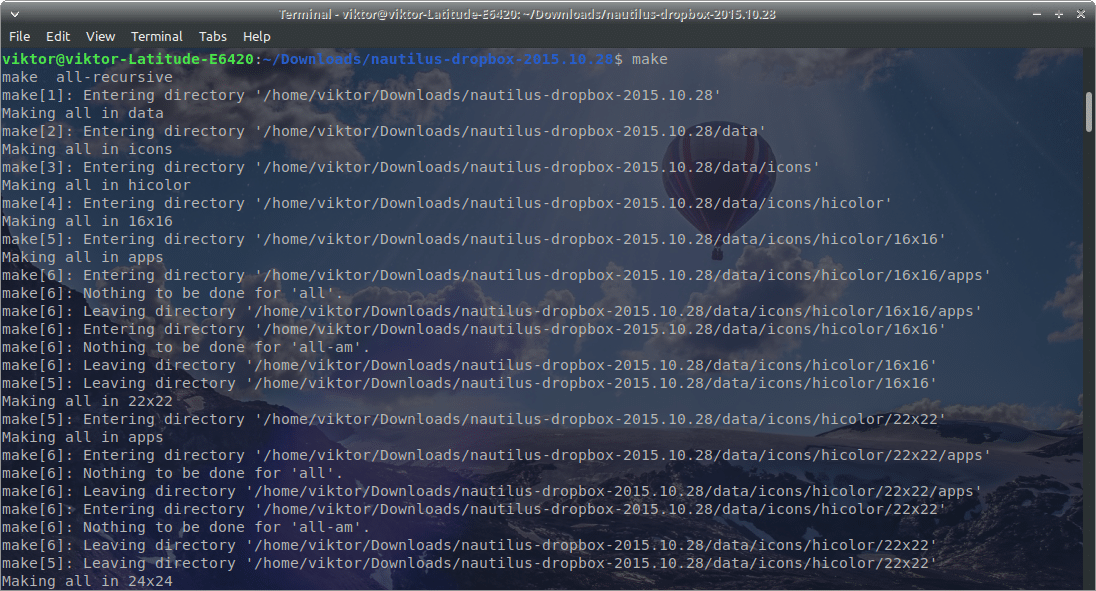 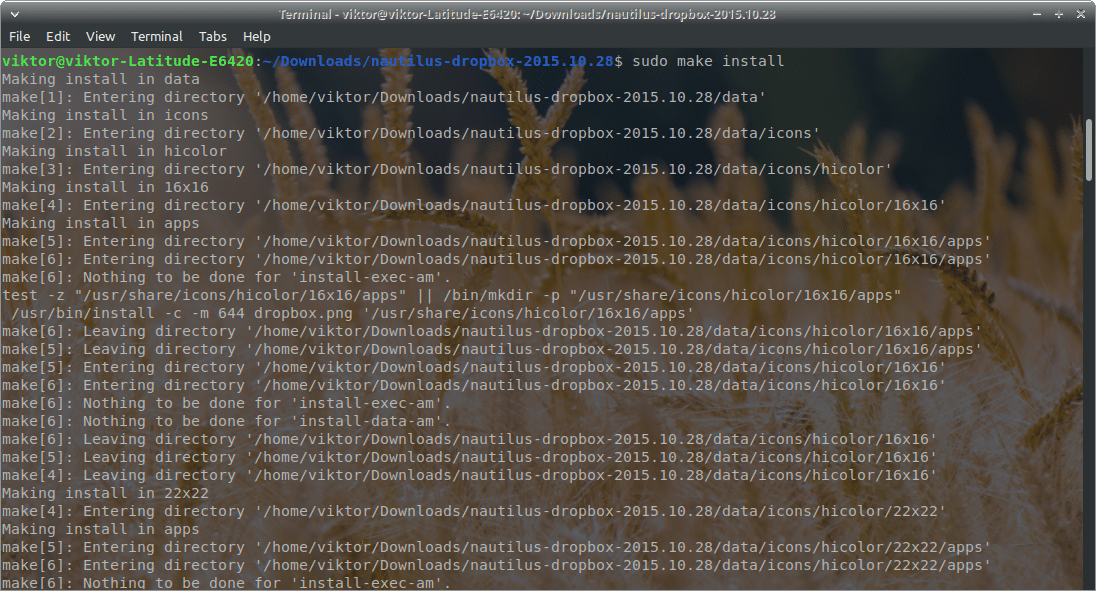 The installation isn’t complete yet. This is only a tiny package that will later install the entire Dropbox client. You’ll notice that there’s a Dropbox icon at your launcher. 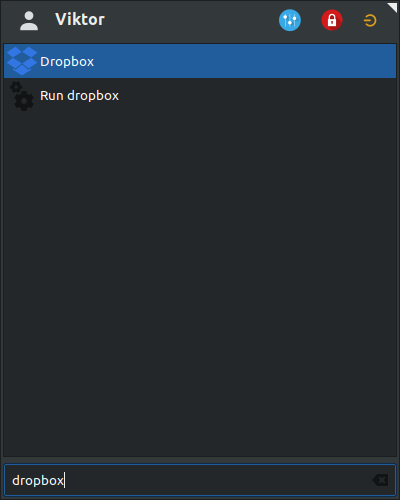 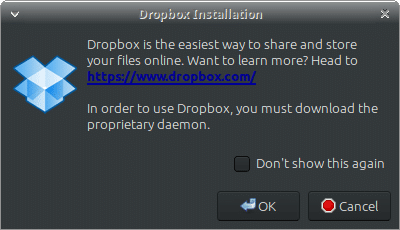 You’ll notice that Dropbox is being downloaded. Wait for the process to complete.

The app will redirect you to a web page. Here, you’ll have to log into your Dropbox system.

Now, Dropbox will be available under “/home/<username>/Dropbox” directory. 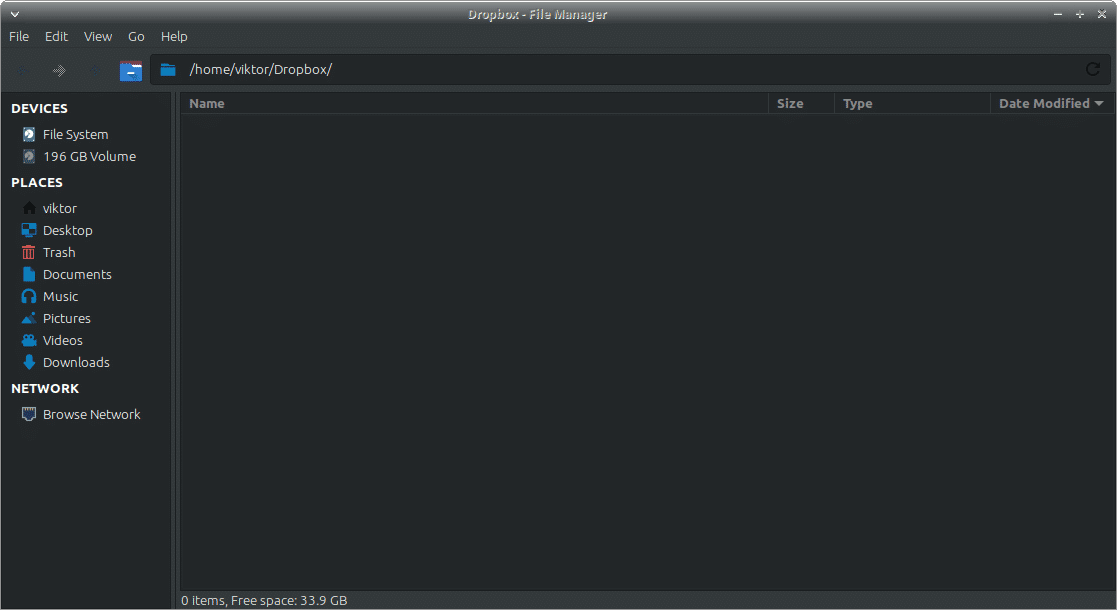 Everything you put on this folder will be synced with the online server. You delete your file from the folder, it’ll disappear from the cloud storage as well.

Let’s show it with a demo. I have set a test directory “~/Downloads/testDir1”. When I copy it to Dropbox folder,

You’ll find out that your Dropbox storage also has that file!

WOW! The file isn’t on your cloud storage anymore!

Of course, the application offers some nice command line facility. Here are all the commands available. 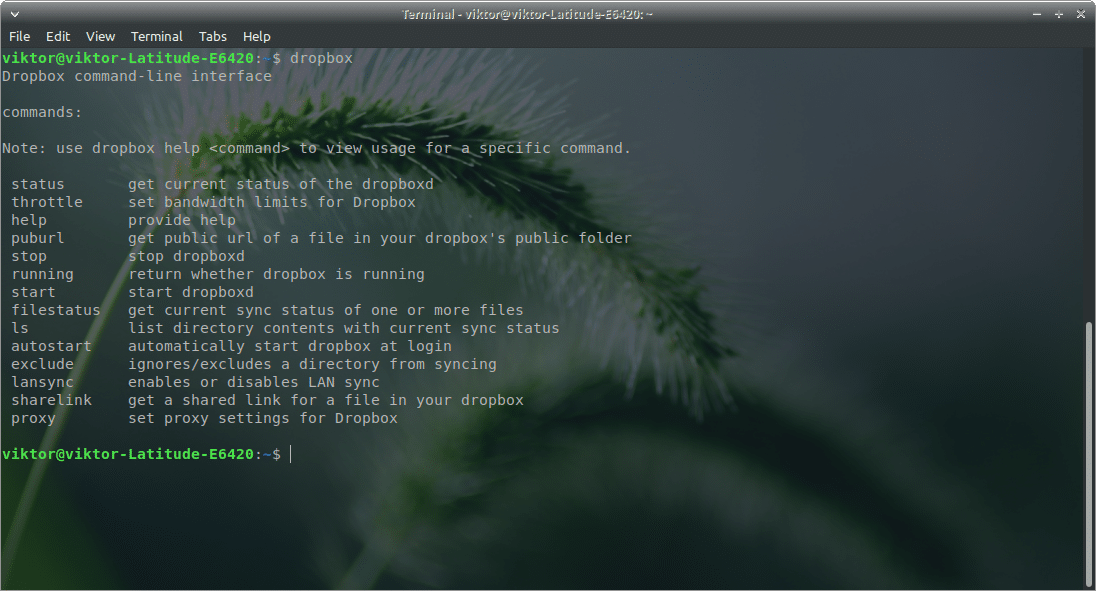 Now, for detailed explanation of each and every command, take a look at the official Dropbox help page.