Docker is an open platform to build, ship and run distributed applications. It simply means one can run different applications on different machines or computers or ports and make them communicate efficiently. The software relies on certain external libraries. Usually one spends a lot of time on configuring same versions of different libraries in different devices and environments which becomes a lot costly as well as time consuming. Docker helps to avoid that by placing the software tools and libraries inside a container. 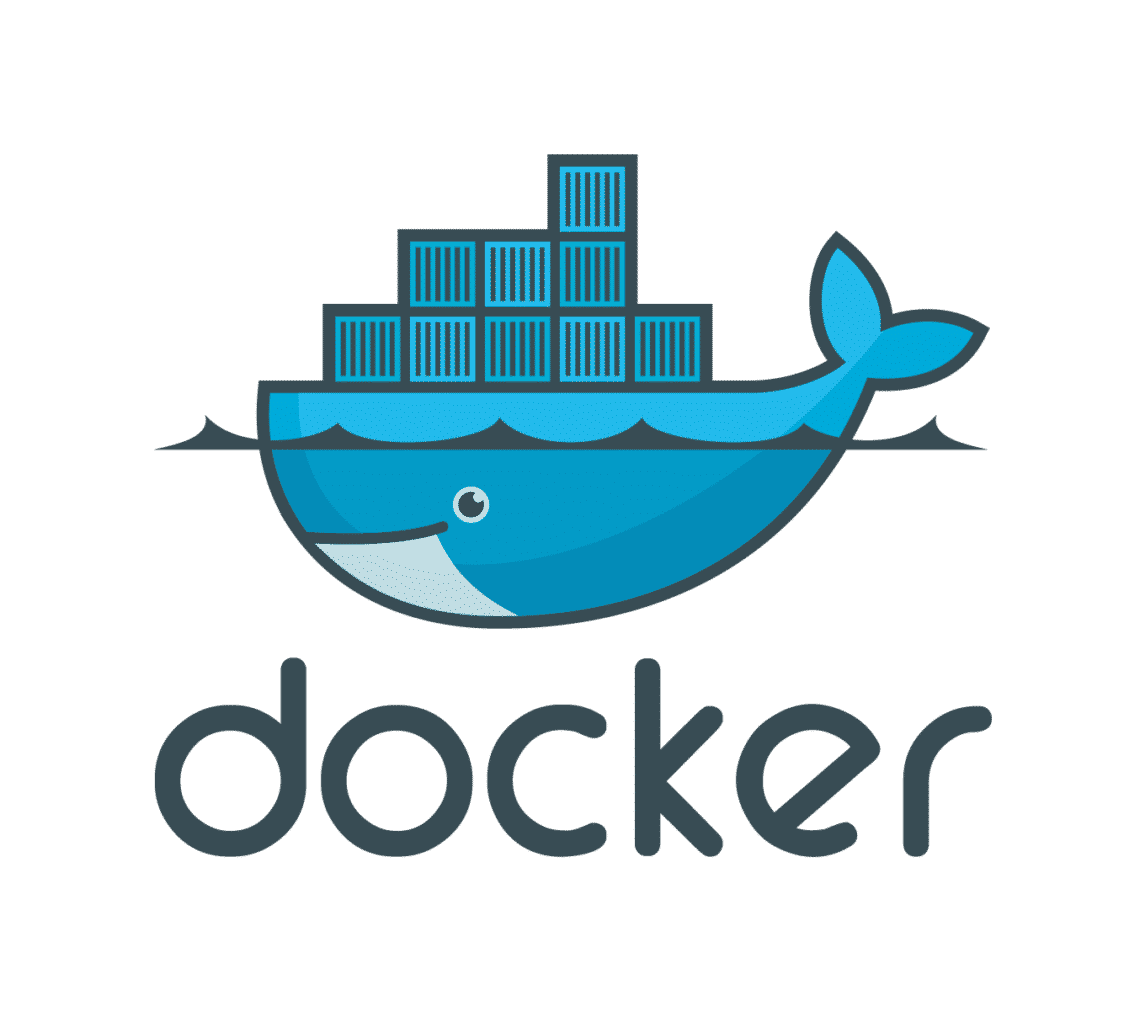 The container is then deployed and people run the software of that container. The idea is quite similar to virtual machines although Docker is more efficient. In case of a virtual machine every Operating system is independent of each other whereas in Docker containers are isolated but they share an OS kernel and whenever possible they also share binary files and libraries i.e. it helps in resource optimization. So, they can be also called as light weight Virtual Machine.

An image is a collection of files and some metadata. Images are made up of layers, each layer can add, change and remove files. Images can share layers to optimize disk usage, transfer times and memory use. Difference between a container and image in Docker context is that in Docker the image is a read only file system and container is an encapsulated set of processes running in a read and write copy of file system. Container is a copy of the image.  The docker run command starts a container from the given image.  Image is like a template used to create a container.

One can’t write changes on the image directly, he/she can create a container from the image then make changes to it. After saving those changes then it can be transformed into a layer. This new layer can then be used to create a new image on top of the old image.

Whenever one installs and configures Docker in their Linux OS care has to be taken to restrict access as the Docker group is equivalent to the root user. Always one must create a group and call it docker and add the user to the group then restart the Docker Daemon. It can be done by following the steps:

Some of the useful docker operations to create containers and to run them in the background are given below:

daemon mode. Docker then gives the container id. One can check the Docker status and see the same container id being mentioned implying it is running in the background. All this can be done by the following commands. 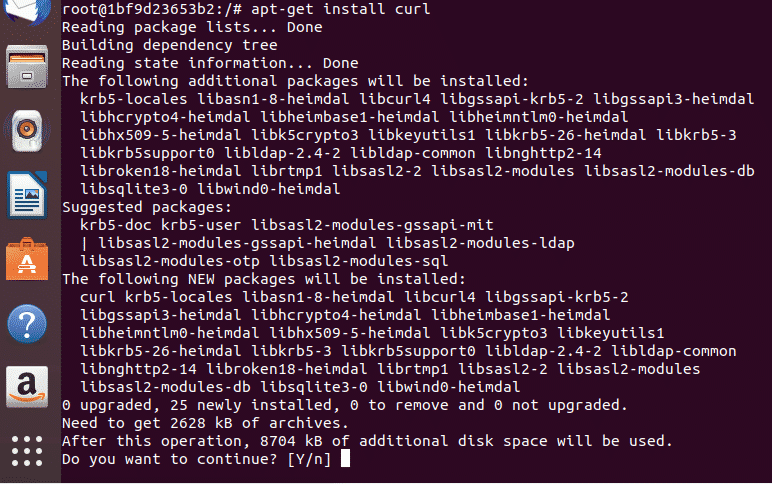 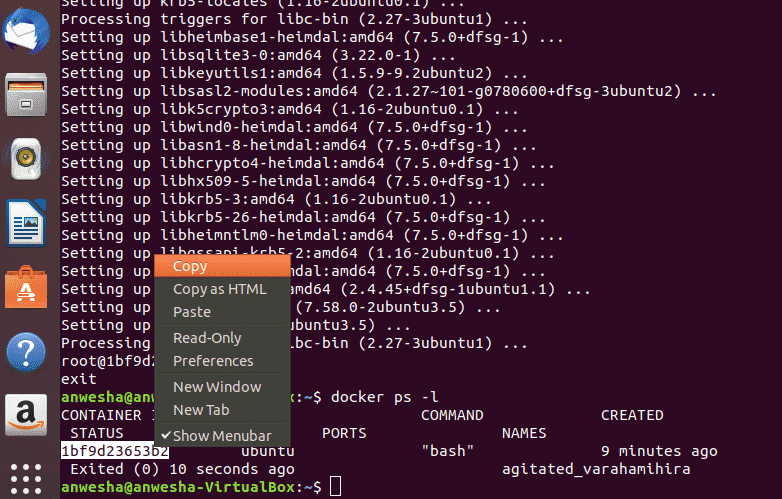 To compare the latest container with the base image (the ubuntu image that didn’t have wget and curl) one can run the command: 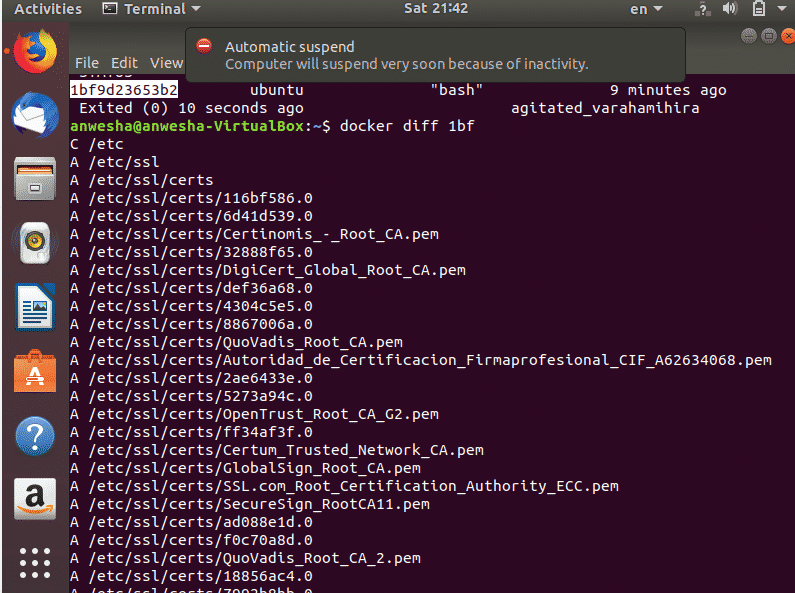 To save the changes to the new image one can run the command:

After the execution of this command the new image with the changes done is created. The output gives the id of the newly committed image.

In short docker image tags are aliases given to the docker ID. It is just like a nickname given to a person which is easier to use than a complicated long name. One can come across a question: What is the latest tag?  It is actually the tag specified to an image when it is not tagged explicitly. It is like the default name given to the images, one must not confuse it with the latest running version of that image. The latest is just like any other tag it is not any special tag. The naming convention totally depends on the programmer’s choice so he/she can use to explicitly tag the latest images with the latest tag. So, while pulling an image one must be sure of the naming conventions used by the programmer before explicitly specifying tags to the images.