The sensors are the devices which are used to identify any changes in its surroundings and report these changes in the form of information to a nearby electronic device or a computer. The data from the sensor is further processed and used for different purposes. Similarly, to continuously monitor the sensor values they can be interfaced with LCD using the Arduino boards.

In this discourse the temperature sensor values are displayed on the on LCD using Arduino.

To sense the temperature of an area or any device there are different types of sensors that can be used like LM35, thermistor, resistance Temperature Detector (RTD), semiconductor-based chips and many more. In this project we are using the LM35 module to detect the temperature. This sensor has three pins, the middle pin is for the data that will send its measurements to the Arduino board. The rest of the two pins can be used for the supply voltage and ground. 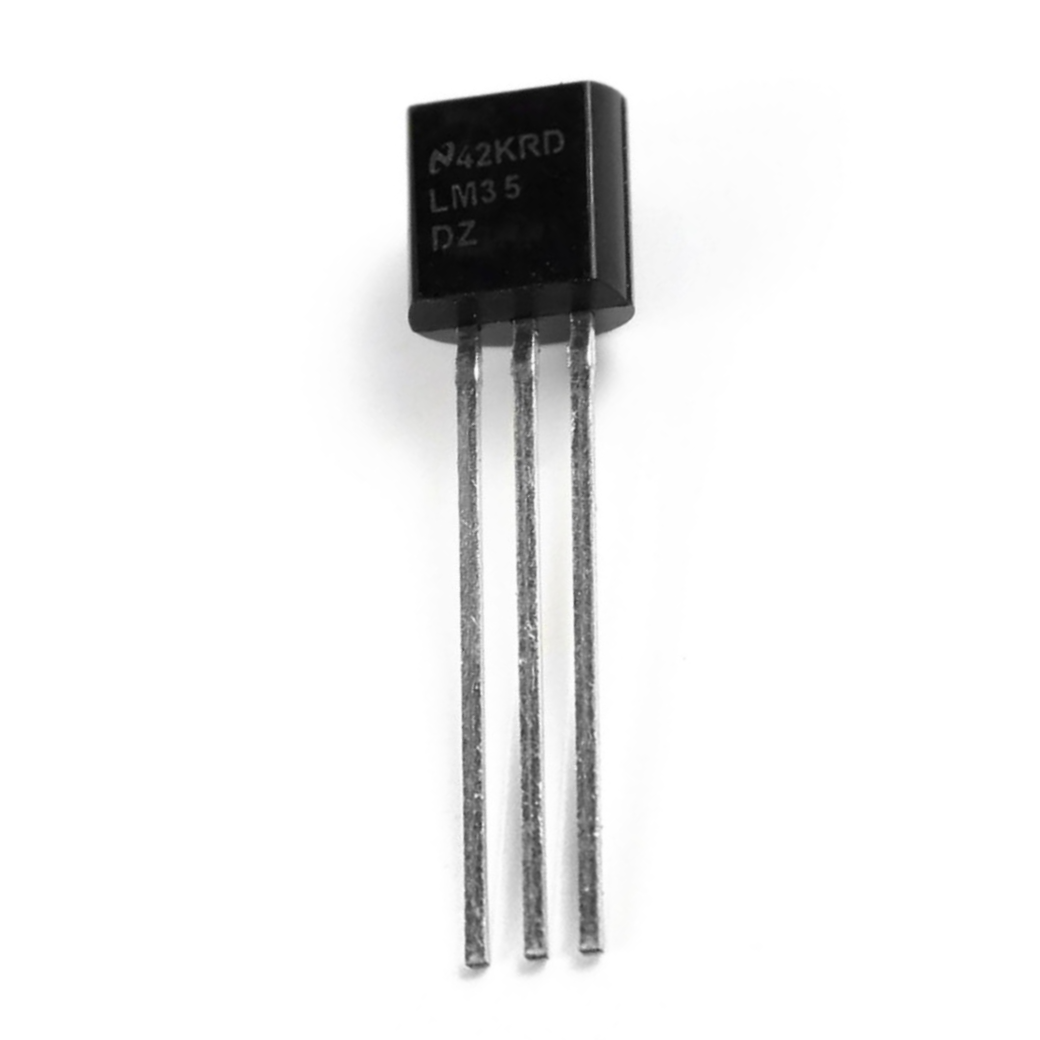 Since all the sensors have varying outputs, they are used as an analog device.

The schematic of the circuit for displaying the values of the temperature sensor is: 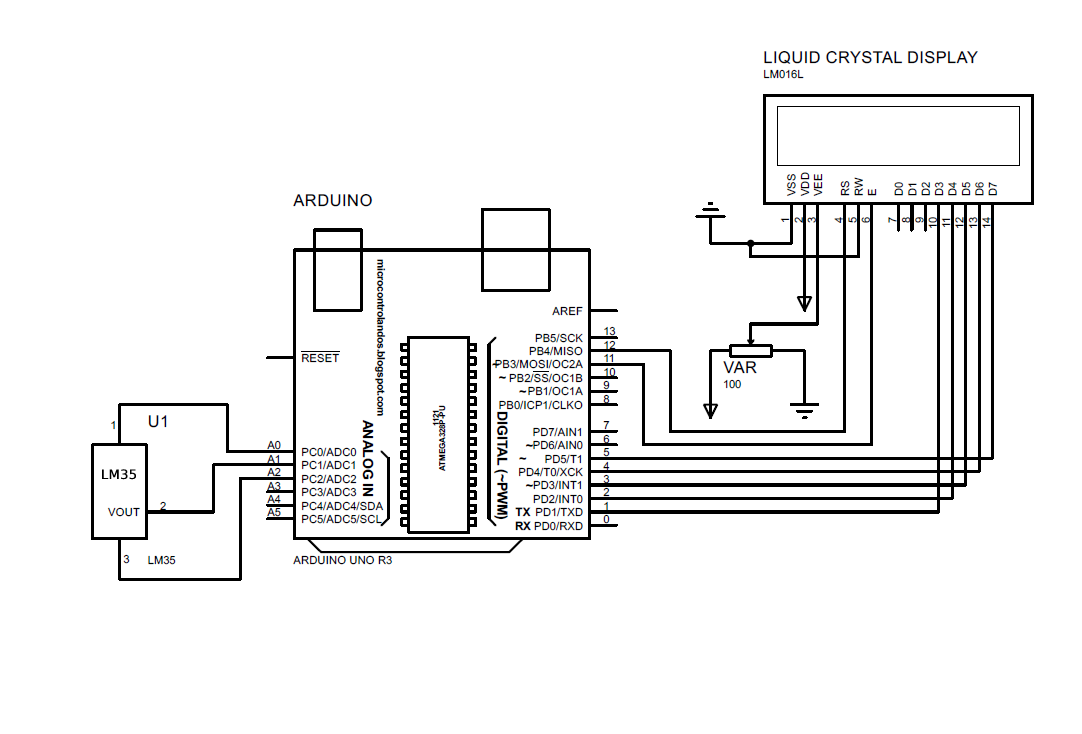 The Arduino program given below displays the temperature values in both Centigrade and Fahrenheit.

The sensor is interfaced with Arduino Uno in such a way that all of its pins are connected to the analog pins of the Arduino board.

Similarly, pin A0 is given the High state for the voltage supply and the A2 pin is given the LOW state as it is used as a ground.

To read the values of the sensor the analogRead() function is used and it is then multiplied with 0.488.

As the output of the temperature sensor is in the form of analog values of voltage ranging from 0 to 1023 that is for 0 volts the value will be 0 and for the value 1023 the voltage will be 5 volts. We have divided 500 by 1023 which is 0.488 as there is an increase of 10 millivolts per degree Celsius increase in temperature.

After converting the voltage values in temperature, the temperature is converted into the Fahrenheit as well using this formula

For adjusting the data that is displayed on the LCD we have used the lcd.setCursor() function by giving different rows and columns to the data.

Further we have connected the sensor directly on the Arduino analog pins like this: