In this era, Git is the most widely used and demanding decentralized versioning system. Its working depends on two fundamentals, making changes by the users and then successfully committing those changes to the Git repository. These commits save the most recent commit and keep track of the changes made to the project.

Additionally, Git enables its users to check the difference between commits with the help of the “$ git diff” command, and in this study, we will discuss it in detail.

What is the Difference Between Two Commits in Git?

Sometimes users encounter situations when they are required to compare data in their Git repository with some other data source that is available in another Git repository. In such a scenario, knowing the differentiation between two commits in Git is essential.

To do so, check out the below-provided procedure!

Open the Git terminal named “Git Bash” with the help of the “Startup” menu: 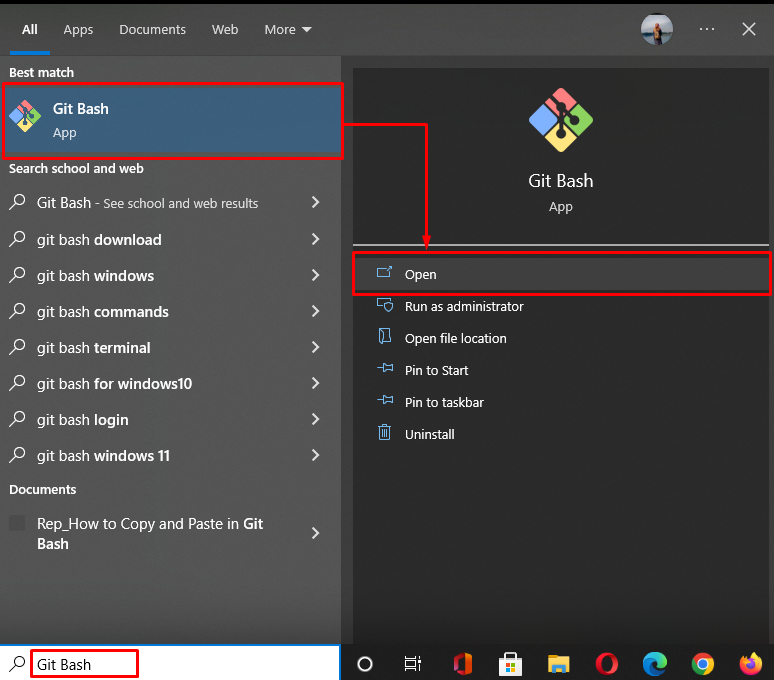 Next, execute the “cd” command to move to the directory:

Now, create the new file in the Git local directory:

Add the untracked file to the Git repository:

Now, commit all changes to the Git directory:

Here, the “-m” option refers to the added message:

Create another new file in the current directory:

Execute the “git commit” command with the “-m” flag to save changes in the Git directory:

Note: To view the difference between two commits, open created files in an editor and make some changes like adding some text, save file and commit changes.

As you can see, all commit changes of the Git repo are displayed. Here, the “–pretty=oneline” option is used to show the output as one commit per line:

As you can see, we have committed both files “file1.txt” and “file2.txt” two times. The “—” symbol indicates the first commit, and the “+++” symbol represents the second commit in both files. Additionally, “@@ -0,0 +1 @@” shows the line number we have changed in each file: 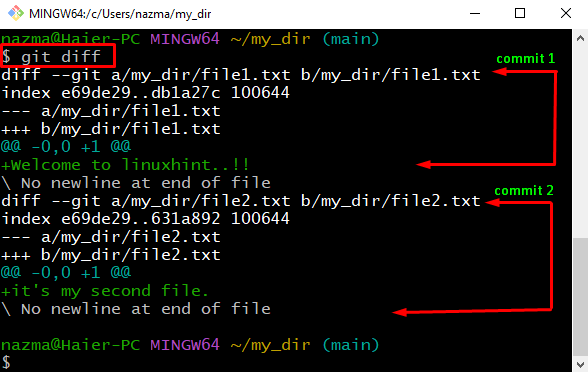 That’s it! We have briefly differentiated the two commits in Git.

To understand the difference between two commits in Git, first, open the terminal, navigate to Git local repo using the “cd” command and create a new directory. Then, create and add new files. Commit changes to the Git directory by executing the “$ git commit -m” command and run the “$ git log –pretty=oneline” command to check log history. Next, execute the “$ git diff” command to check the difference. This study demonstrated how to differentiate two commits in Git.