If you plan to set up a system in your home, office, or anywhere else, you might hear of network devices like switches, routers, and hubs. However, each of these devices serves a specific purpose on a network. So if you are confused about their functionality and want to know which device I should use for networking, then this article is especially for you.

What is a Network switch

Switches are essential components of every network. Switches make resource sharing easier by linking all equipment, such as computers, printers, or other electronic devices. A switch allows linked devices to transfer data and communicate with one another. A network switch usually works on the second layer of the open system interconnection (OSI) model, the data link layer. Data packets or data frames are sent, received, and forwarded across the network by packet switches. Whenever packets are sent through the physical ports, it receives them and sends them back through those ports, but only to the devices intended to reach. 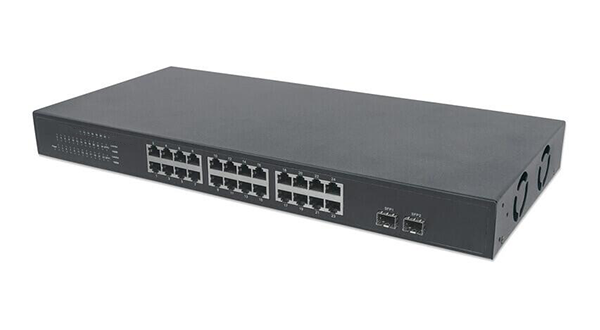 How does a network switch work

When a device is attached to a switch, it records its media access control (MAC) address, a code included in the device’s network interface card (NIC) that connects to the switch through an ethernet connection. The switch uses the MAC address to determine which connected device sends the outbound packets and where incoming packets should be delivered. The packet is sent to the appropriate port leading to the destination device after matching its address. Generally, switching devices offer full-duplex functionality so that packets coming from and going to a connection have the entire application bandwidth of the switch. This reduces the possibility of traffic colliding with each other at the same time. The devices connected to the switch ports are free to transmit data to any other ports without interfering. It receives and examines data frames that arrive at any of its ports. It supports unicast, multicast, and broadcast communication.

What is a router

Routers are devices used to route network packets to other devices based on their network addresses. It’s a physical device that acts as a gateway for networking to collect, examine, and send data packets. This is possible through the network layer (third layer) of the OSI model. They’re utilized for various purposes, including Internet access, network coupling, and VPN (Virtual Private Network). A router can be based on a Local area network (LAN) that needs a physical connection for communication or a Wide area network (WAN) that works wirelessly. 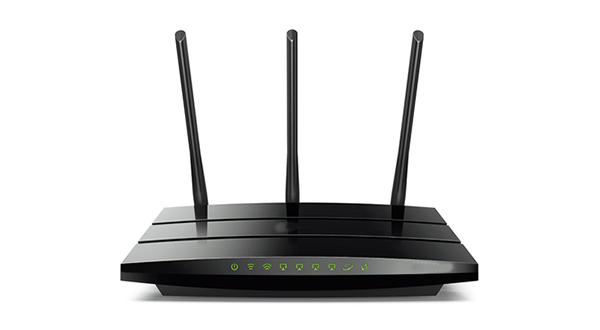 A packet is evaluated based on its network address and is forwarded to a specific interface. It works very smartly to transfer the packets from the source to the destination in the most efficient route possible. This is possible by the forwarding table that analyzes and evaluates the destination IP address and later decides the shortest path for each data packet. Communication between two or more networks is conducted using Internet Control Message (ICMP) protocols which ensures if data is going to the destination in time or not. In general, it is used to report errors in data transmission. After discussing the main functionalities of each of the devices, It’s time to talk about a few of their key differences.

What is a network hub

A hub is the most simple networking device that serves as a source of communication between other devices like laptops, computers, and printers. It operates at the physical layer, where data transmission is made possible. It works on half-duplex mode and uses electrical signals for data transfer on a local area network (LAN). It is not an effective device because it doesn’t have the capability to store other devices’ information as it doesn’t have any memory. 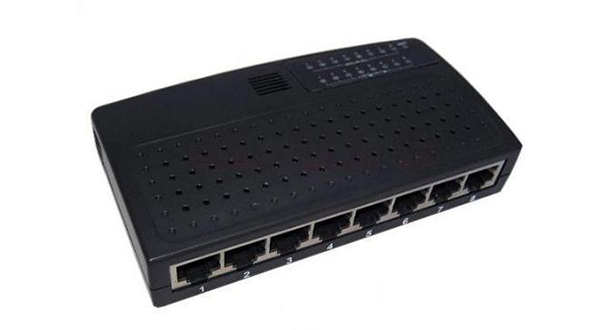 How does a network hub work

In contrast to switches or routers, network hubs have neither routing tables nor intelligence to determine where to send data. They simply broadcast traffic across all links. Although most hubs can identify simple network problems like collisions, broadcasting all data to many ports poses a security concern and creates bottlenecks. A hub is a device that connects LAN segments (Local Area Network). It has numerous ports, and when a data packet comes, it is duplicated to all other ports in the LAN, allowing all segments to see all packets. In a network, a hub serves as a central connecting point for all devices.

Difference between a router and a hub

The primary use of the switch and the hub is to connect with the end devices such as the laptop or computer, printer, etc., whereas connecting two different networks is the main use of the router.

Network switches, routers, and hubs work at different OSI model layers; switches operate at the data link layer, routers at the network layer, whereas hubs operate at the physical layer.

Switches work by looking at the IP address of the destination packet address and then forward it. In contrast, the router’s functionality is to find the smallest and most efficient routes by using the routing table, which determines where packets should reach their destination. On the contrary, the hub is a very dumb device. It receives the frames and later sends them to every port on the network.

Switches save the MAC address in their database, also known as a lookup table. On the other hand, the router saves the IP address in its database, known as the routing table. Whereas hub doesn’t use any table, it broadcasts the data to all the ports.

If someone doesn’t have any experience in networking, they might get confused after hearing the terms switches, routers, and hubs and cannot differentiate between them. Knowing how each device differs from the others will help you choose the right device for your network as these devices have different functionalities. I hope that this article has resolved your confusion, and now you are in a better condition in choosing the suitable device for yourself.