The diff command is an analysis or informative command which prints differences between files, analyzing them line by line, or directories recursively while informing the user what changes are necessary to make files equals, this point is important to understand diff outputs. This tutorial focuses on the diff command.

Before starting, create two files using any text editor (nano is used in this tutorial) with the same content: 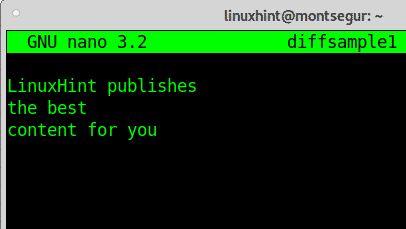 Create a second file called diffsample2 with the same content: 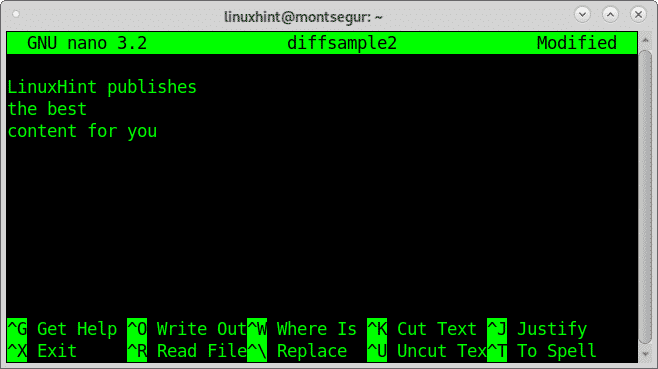 Note: pay attention to spaces and tabs, files must be 100% equal.

As you can see there is no output, no need to do something to make files equal because they are already equal.

Now lets edit the file diffsample2 to make some change:

The output above, “3c3” means “Line 3 of first file of should be replaced for line 3 of second file”. The friendly part of the output is it shows us what text must be changed (“content for you” for “tips for you”)

The command diff can show 3 characters:

The symbol < belongs to the first file and the symbol > to the second file which is used as reference.

Let’s invert the files order, instead of running

You can see how the order was inverted and now the diffsample1 file is used as reference, and it instructs us to change “tips for you” for “content for you”, this was the previous output: 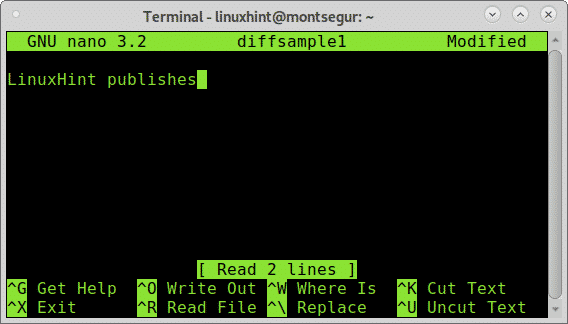 Remove all lines,except for the first line on the file diffsample1. Then run: 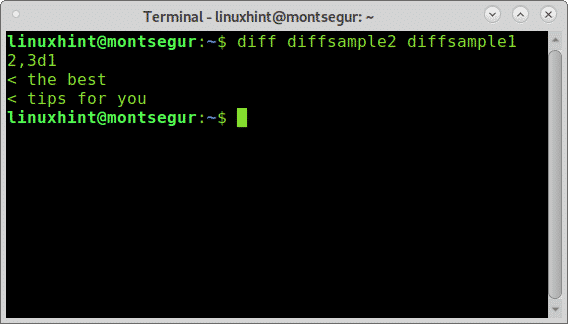 Now lets invert the order and instead of running “# diff diffsample2 diffsample1” run: 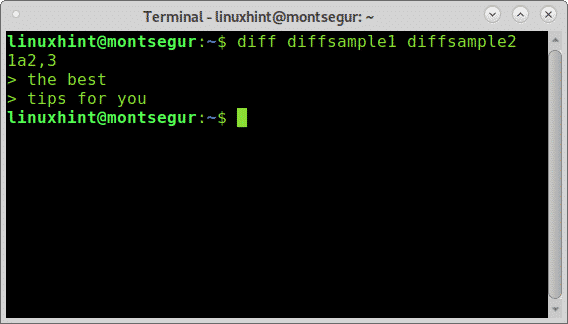 As you can see, while the previous example instructed us to remove, this one instructs us  to add (a) lines 2 and 3 after the first file first line (1).

Now let’s work on the case sensitive property of this program. 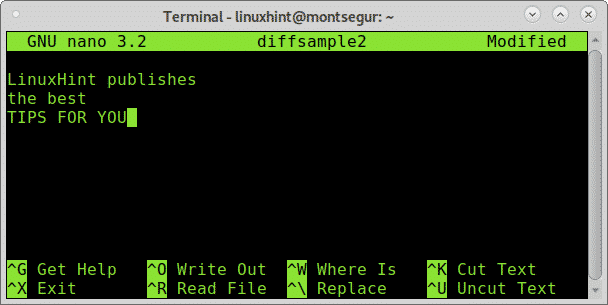 And edit the file diffsample1 as: 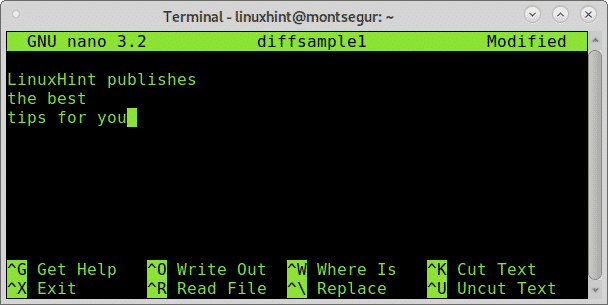 The only difference are the capital letters on the file diffsample2. Now lets compare it using diff again: 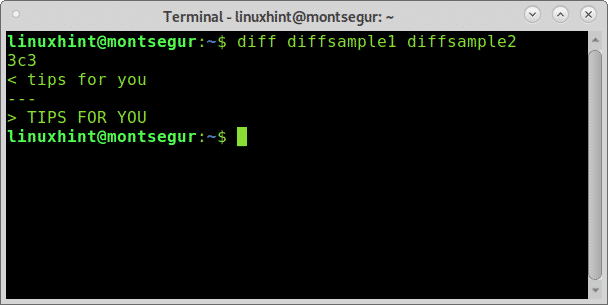 No differences were found, the case detection was disabled.

Now let’s change the output format by adding the option -u used to print unified outputs:

Open the file diffsample2 and add spaces and tabs: 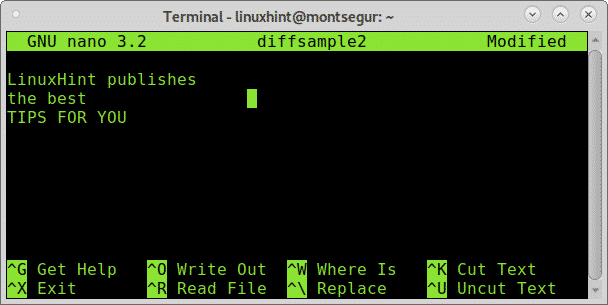 As you see I added a couple of tabs after “the best” in the second line and also spaces in all lines, close,save the file and run:

As you can see differences were found, additionally to the capital letters. Now lets apply the option  -w to instruct diff to ignore blank spaces:

As you see despite the tabulation diff only found as difference the capital letters.
Now let’s add the option -i again:

The command diff has dozens of available options to apply to ignore, change the output, discriminate columns when present, etc. You can get additional information on these options using the man command, or at http://man7.org/linux/man-pages/man1/diff.1.html. I hope you found this article with diff Command Examples in Linux useful. Keep following LinuxHint for more tips and updates on Linux and networking.