Ubuntu is a well liked and widely used Linux distribution which allows you to add and delete use. Ubuntu is an operating system that handles several people who can use the system at the same time. When you install the Ubuntu system you need to create the user and you can add users later after installation of the system. But if you want to remove any users then Ubuntu allows you to delete the user using sudo privileges. In this Article our main focus will be on how to remove a user from Ubuntu using two approaches: Deleting user using Graphical Interface and Deleting user using Command Line.

As a beginner of Ubuntu you will find this approach a way easier. Follow the steps below to remove user using GUI on Ubuntu System:

Step 1: Open setting
Firstly you need to open the Settings by opening “Activities” and typing setting in search bar and click on Settings icon:

Step 2: Open Users setting
After the setting window will appear click on “Users” from list on left side, then on “Unlock…”: 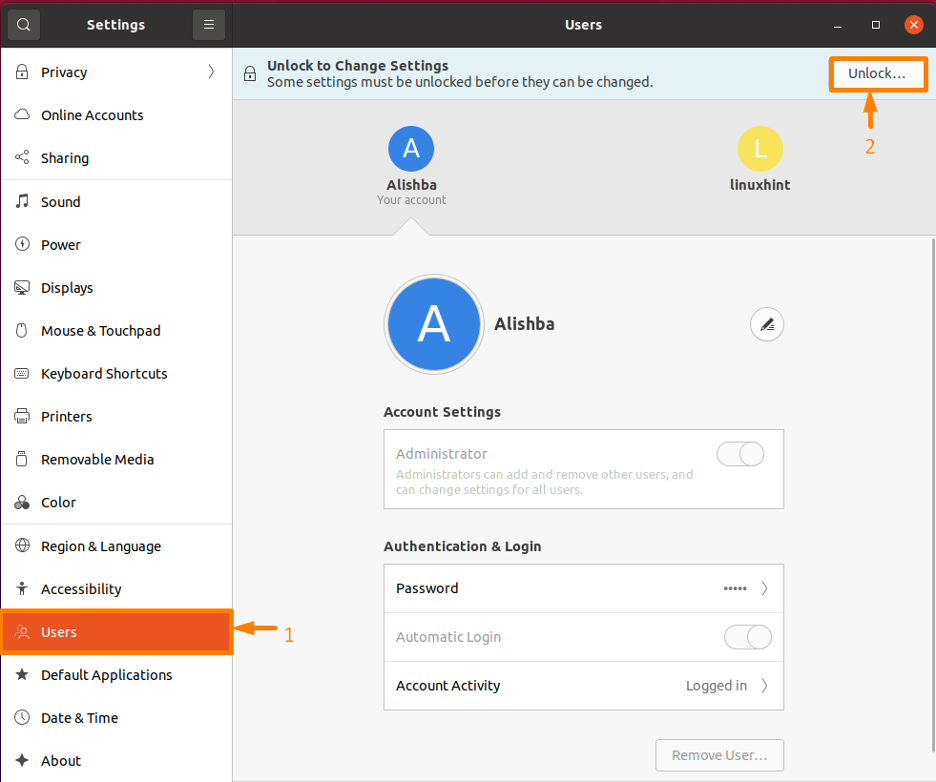 Step 3: Remove User Account
In the Users setting, the system users will be shown on the screen.Then, at the bottom of the page, click the “Remove User…” button next to the user you wish to delete. Below I am removing “linuxhint” user from my system: 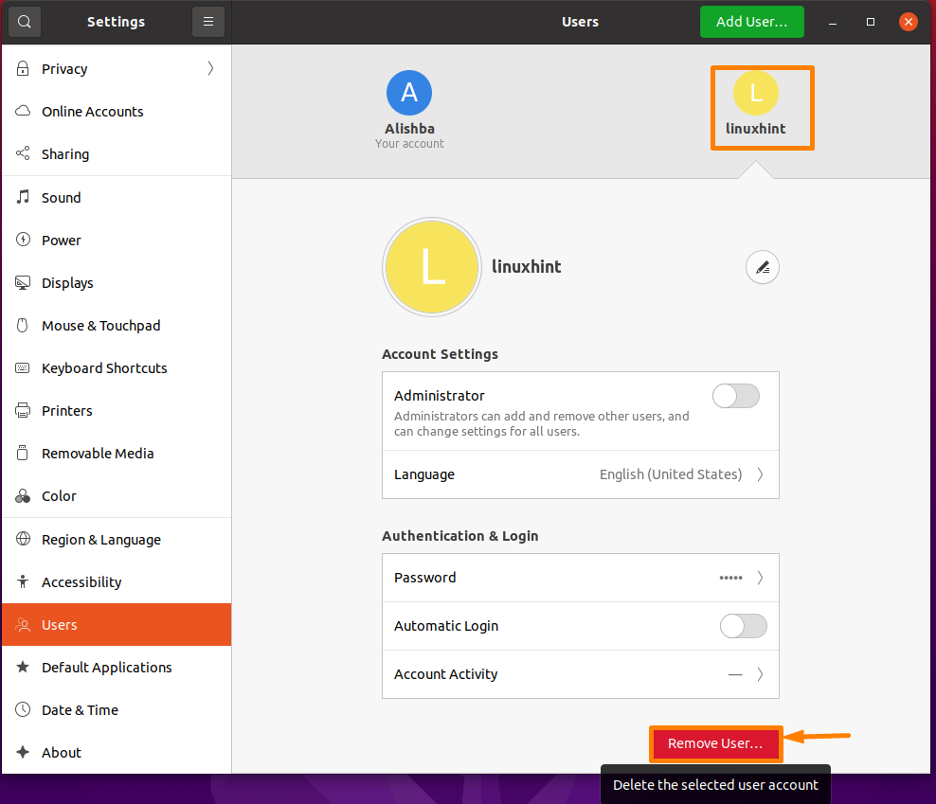 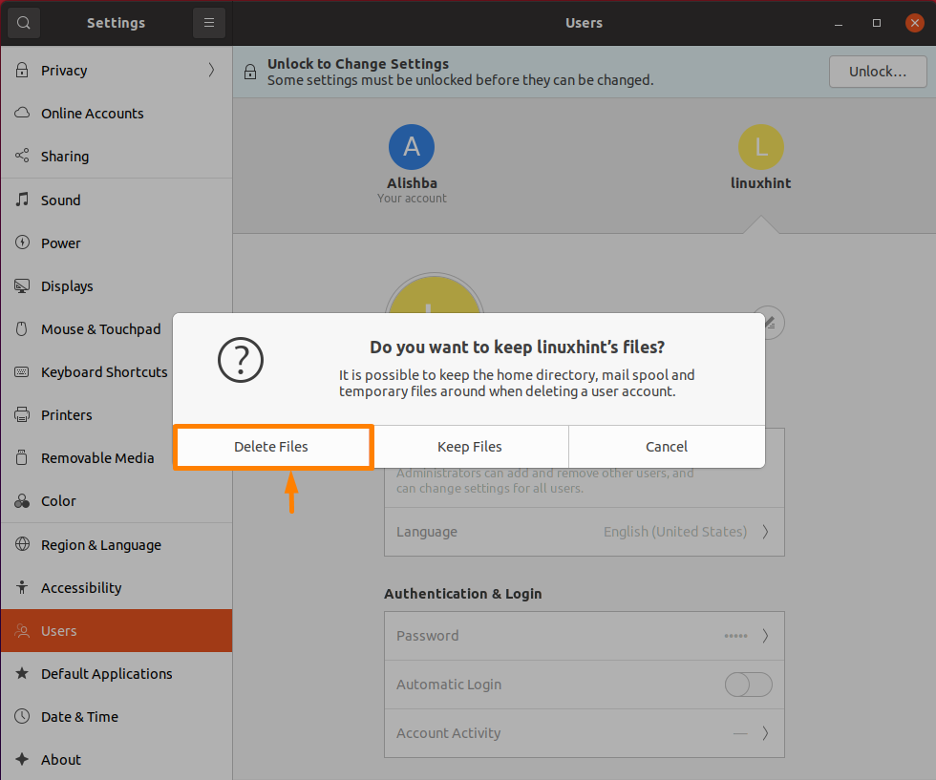 And user will be removed from list of users as shown below: 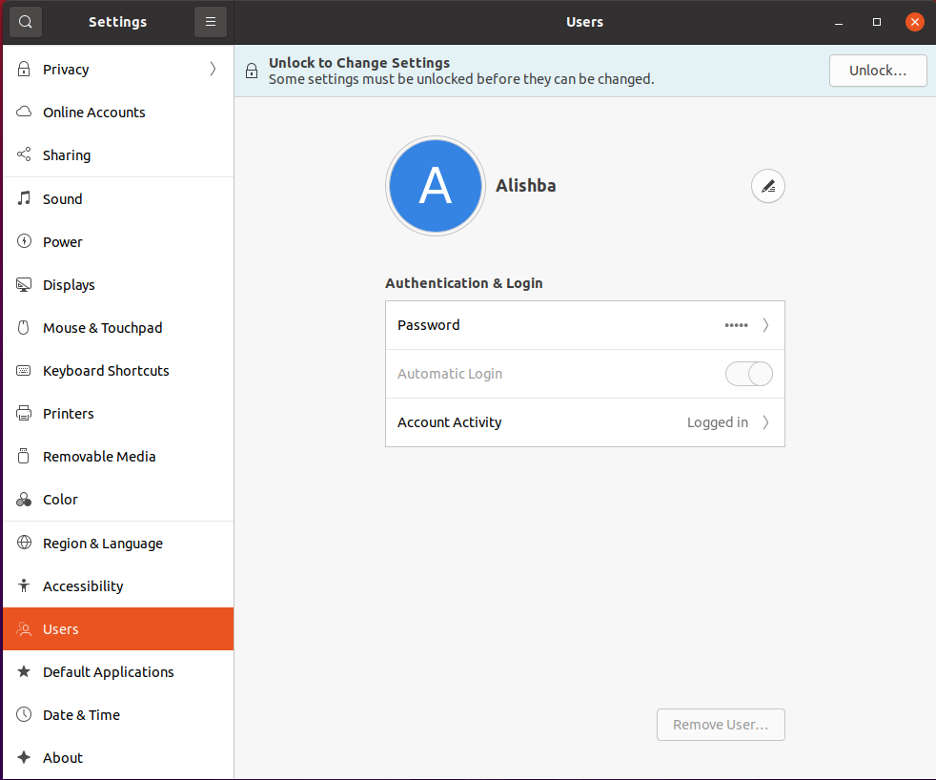 If you are a Command Line user this method is for you. You can also remove the user by writing commands on the terminal.

Step 1: List users
First check all the users registered on your system, the users are recorded in /etc/passwd, with the user account name as the first column.To see a list of existing user accounts, use the cat command, as seen below: 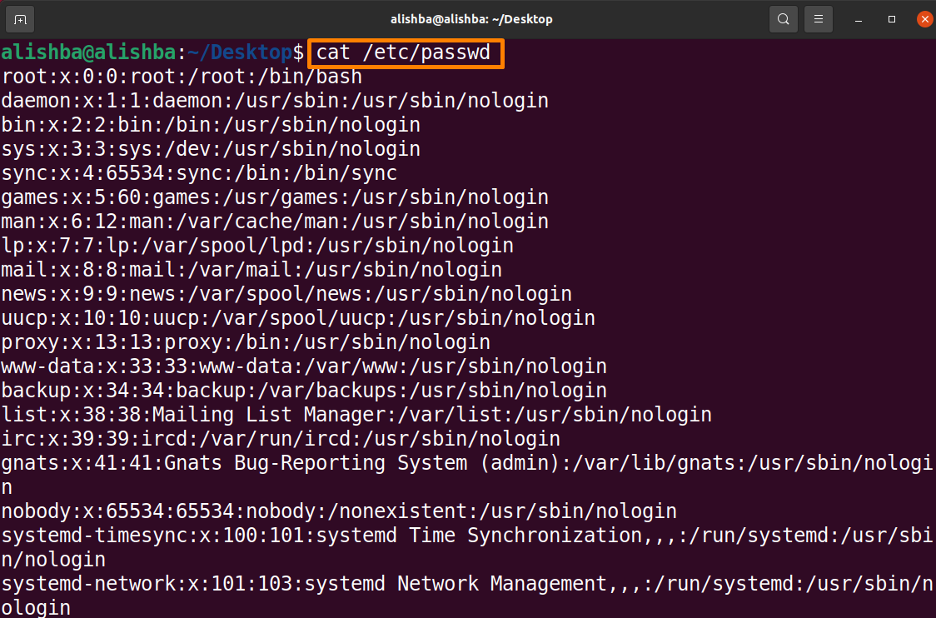 Step 2: Remove user
The “deluser” command is used for deleting or removing a user account from Ubuntu. The deluser command should be given the user account name. We also need capabilities to delete user accounts, which we can get by logging in as root or executing the sudo command as a regular user.

Below mentioned is the command to delete “linuxhint” user from my system:

Step 3 : Check User
Now check whether the user is deleted by below mentioned command: 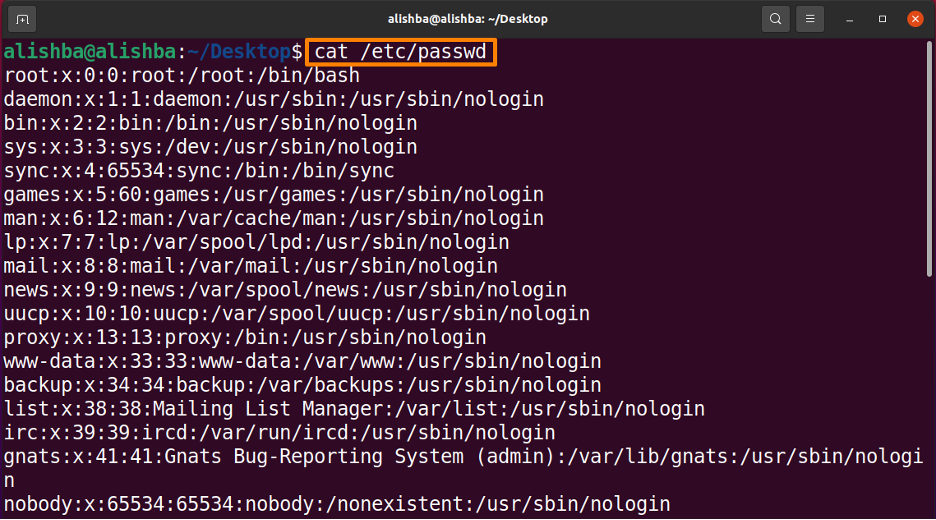 From above shown results we can check that “linuxhint” user no longer exists.

Ubuntu is an open source multi-user Linux distribution which provides several functionalities.It lets you add and remove users at any moment. In this Article, two approaches to delete the user from Ubuntu system are discussed; first is by GUI method and second is by Command line method using “deluser” command. To successfully delete the user, you can use any of the methods outlined in this article.