Removing or deleting a file in a Linux system is a fundamental task that every user wants to perform this action frequently. Deleting unnecessary files creates an extra space on your system that a user can utilize for installing a new package or can save new files.

Methods to Remove or Delete Files in Ubuntu

Using the following two different methods, you can delete or remove a file in the Ubuntu Linux system:

Important Note: You must be extra careful before deleting a file from your Ubuntu system. Once the file is deleted from the system, it would be hard to recover its content.

Method 1: Delete or Remove a File in Ubuntu Using Terminal

The other most popular is the ‘rm’ command shortly used for “remove”, which is used to delete a file in the Ubuntu Linux system. Using the ‘rm’ command, you can delete multiple files at once from your Ubuntu system.

How to Use the Unlink Command to Delete a File?

For example, we want to remove a text file with the name ‘demo.txt’ from the Ubuntu system. Using the above ‘unlink’ command, you can easily delete this file from your system as follows:

Delete or Remove a File Using the rm Command

Using the rm command, you can delete single or multiple files in the Ubuntu system. To delete a file using the ‘rm’ command, use the following syntax:

For example, we want to remove a text file from the system ‘Downloads’. To do this task, use the rm command followed by the file path as follows:

If you delete a write-protected file from the Ubuntu system, the prompt displays on the terminal screen for confirmation, enter ‘y’ and then press the ‘Enter’ key. Otherwise, the file will be deleted from your system without displaying any confirmation prompt.

You can also remove the multiple match file in the current directory using the regular expansions or wildcard(*).

For example, to delete all ‘.txt’ files from the current working directory. Execute the rm command by using the wildcard with the .txt extension as follows:

The following options can use along with the rm command:

How to Use rm Command Options?

We discussed a few examples here related to ‘rm’ command options, which are given below:

Type the ‘rm’ command followed by the option ‘-i’ that each time confirms before deleting a file:

If you delete a file without displaying a user confirmation prompt, even if the files are write-protected then, use the ‘rm’ command followed by the option ‘-f’.

You can also combine rm command options for deleting a file. For example, to delete all matched files from the current directory without prompt a verbose. Use the ‘rm’ command and also mention the ‘-fv’ option as follows:

To delete a file using the GUI, you should have writable permissions on the file and you must be logged in as a root user on your Ubuntu system. By following few simple steps, you can easily delete a file or multiple files from the Ubuntu system:

Go into the Ubuntu file system and right-click on a file that you want to delete from your system. 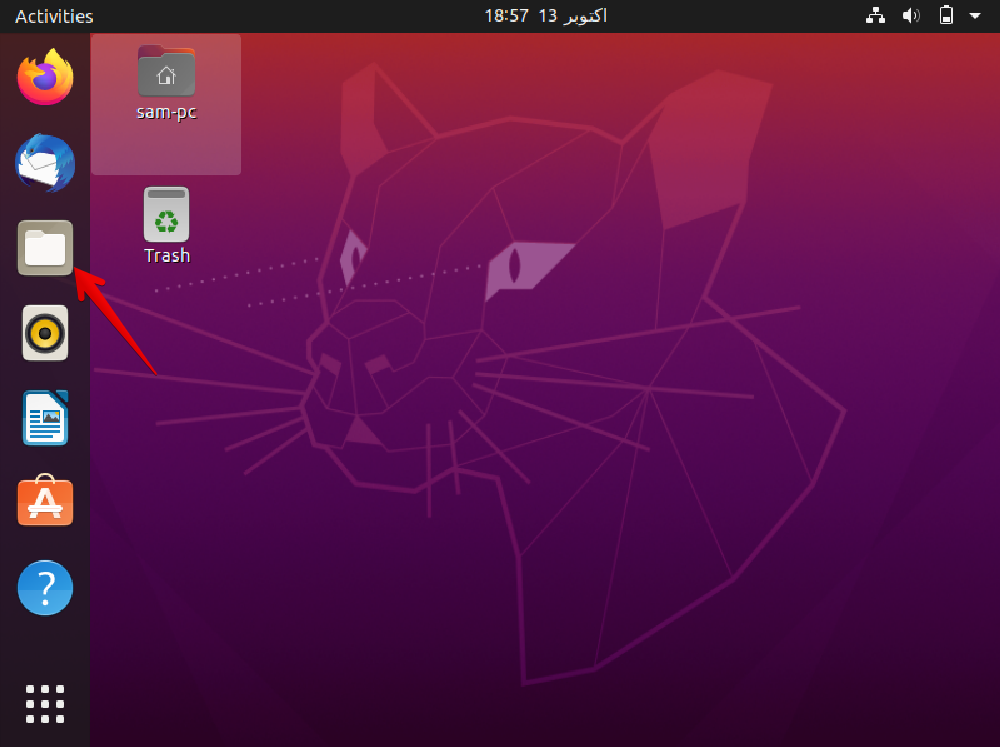 To delete the selected file, choose ‘move to trash’ from the displayed dropdown list. 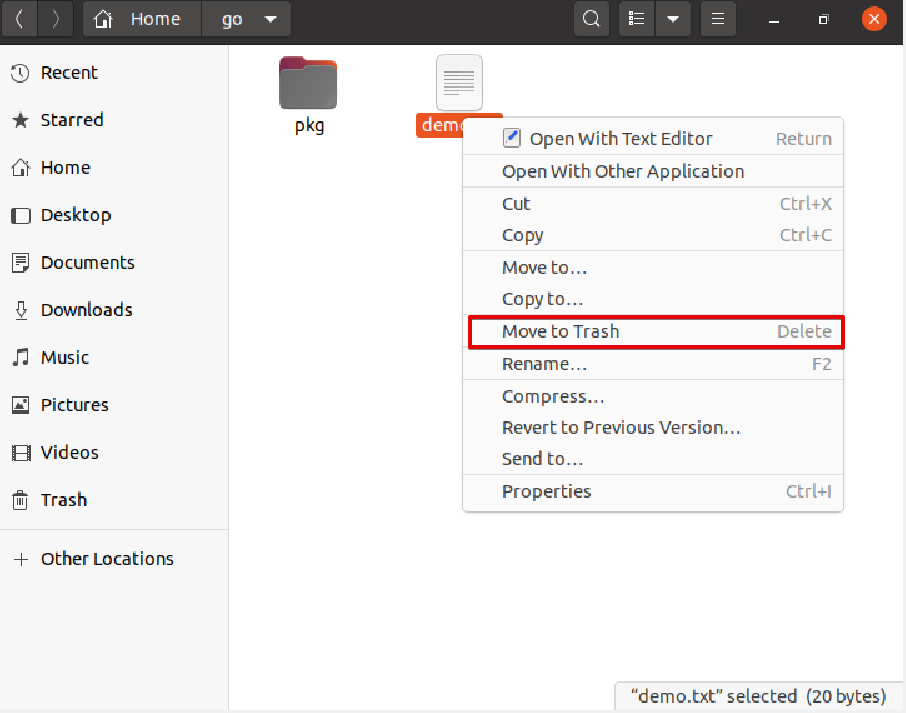 To permanently remove from the ‘Trash’ folder, right-click on the Trash and then choose the ‘empty trash’. 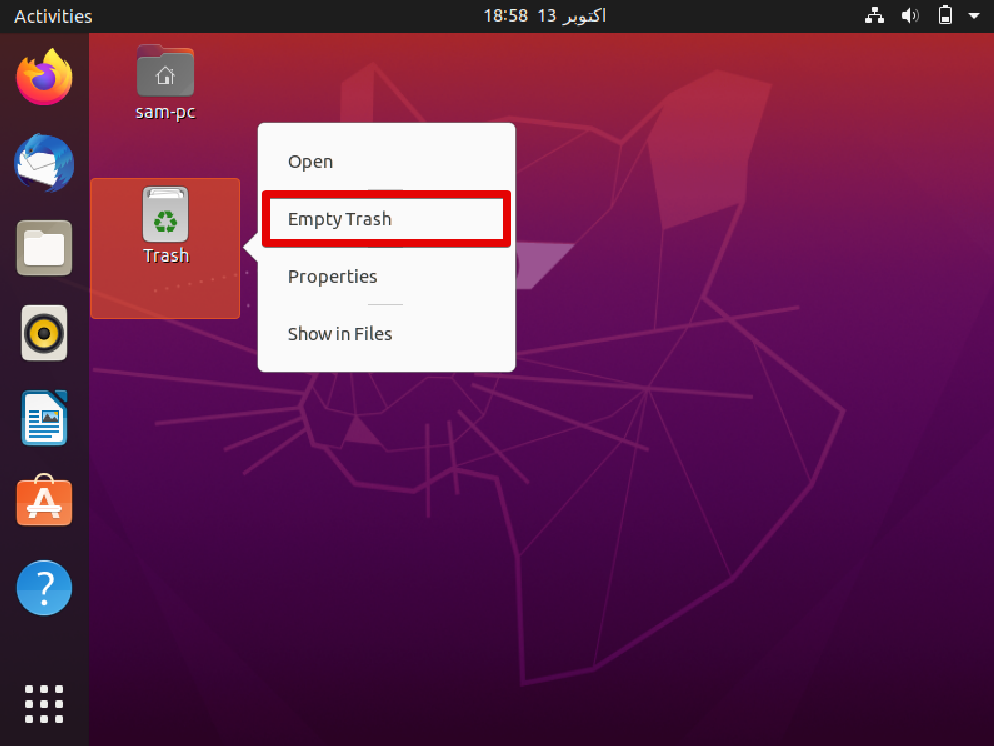 We learned how to delete files in the Ubuntu Linux system. Moreover, we have also seen some files we cannot delete using GUI but these type of files you can delete via the command line by executing commands as a root user.