Uncomplicated Firewall (UFW) is a frontend for Iptables, the software we commonly use to manage netfilter which is a filtering function included in Linux Kernel. Since managing Iptables requires from middle to advanced network administration knowledge front ends were developed to make the task easier, Uncomplicated Firewall is one of them and will be explained in this tutorial.

Note: for this tutorial the network interface enp2s0 and IP address 192.168.0.2/7 were used as example, replace them for the correct ones.

To install ufw on Debian run:

If you want to carry out a fast check on your firewall status run:

We can also check the firewall status with verbosity by running: 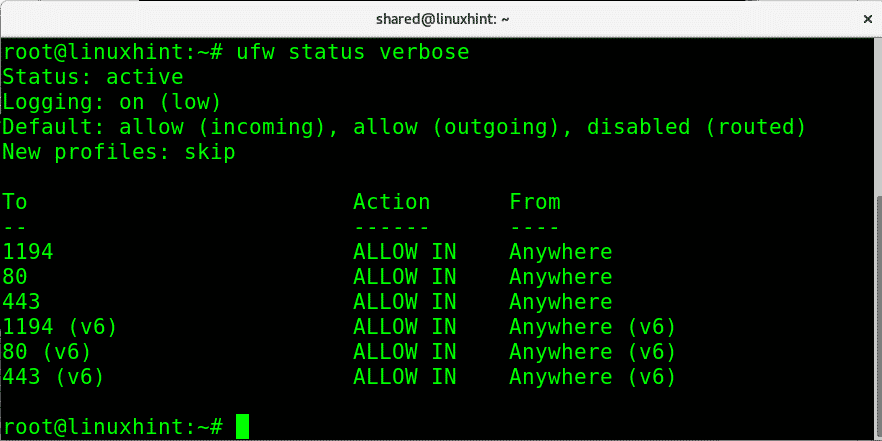 This second command to see the firewall status will also display the default policies and traffic direction.

Additionally to informative screens with “ufw status” or “ufw status verbose” we can print all rules numbered if it helps to manage them as you’ll see later. To get a numbered list of your firewall rules run: 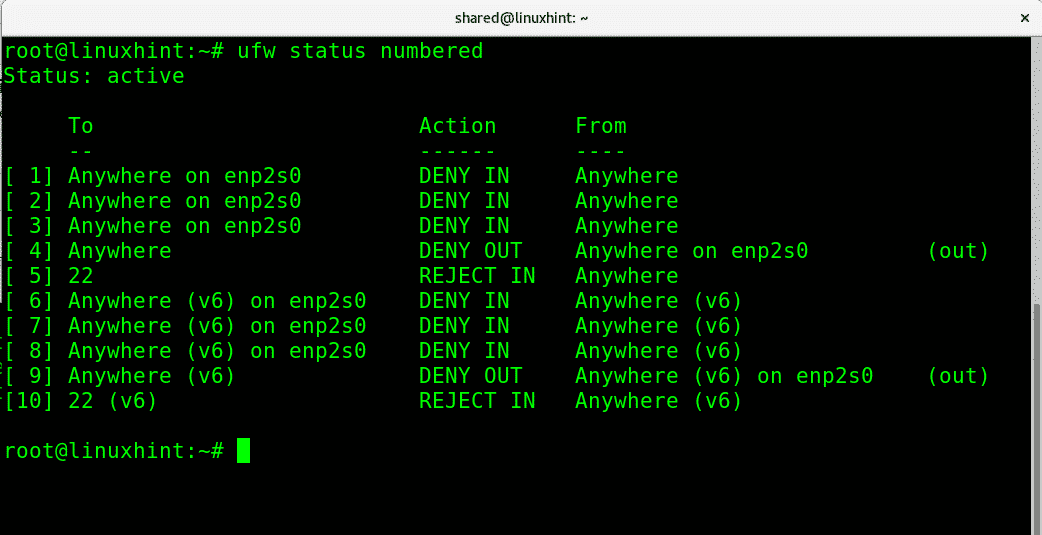 At any stage we can reset UFW settings to the default configuration by running:

When resetting ufw rules it will request confirmation. Press Y to confirm.

For example, if we have a webserver and we don’t want that server to serve more than a simple website we may apply a restrictive policy blocking all ports except ports 80 (http) and 443 (https), that would be a restrictive policy because by default all ports are blocked unless you unblock a specific one. A permissive firewall example would be an unprotected server in which we only block the login port, for example, 443 and 22  for Plesk servers as only blocked ports. Additionally we can use ufw to allow or deny forwarding.

In order to restrict all incoming traffic by default using ufw run:

To do the opposite allowing all incoming traffic run:

To block all outgoing traffic from our network the syntax is similar, to do it run:

We can also allow or deny traffic for specific network interfaces, keeping different rules for each interface, to block all incoming traffic from my ethernet card I would run:

ufw deny in on enp2s0

Now, I will apply a default restrictive policy for incoming traffic and then allow only ports 80 and 22:

The command “ufw status verbose” will show the result: 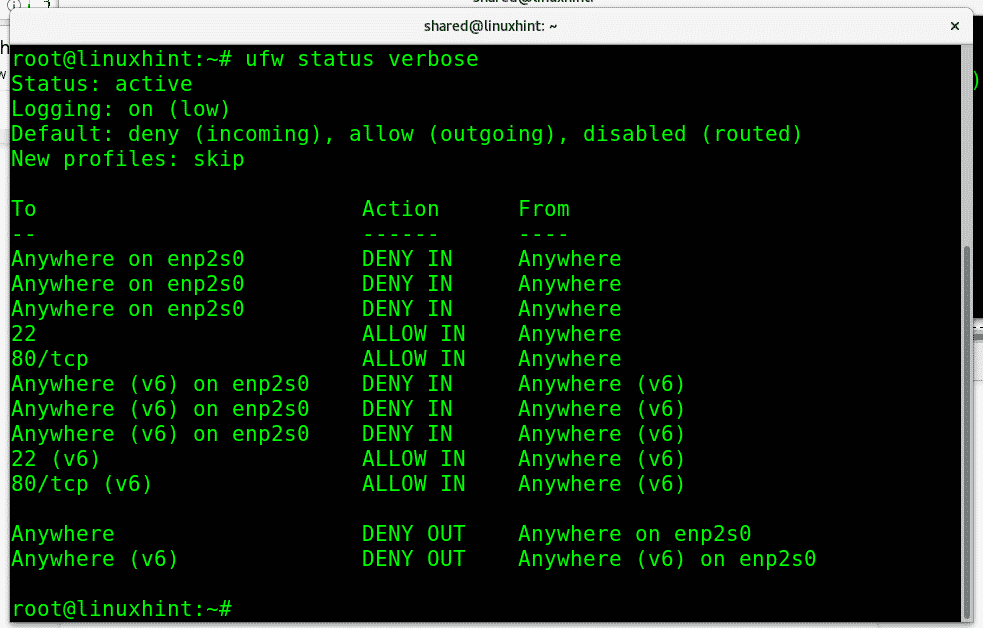 All incoming traffic is denied while the two services (22 and http) we allowed are available.

If we want to remove a specific rule, we can do it with the parameter “delete”. To remove our last rule allowing incoming traffic to port http run: 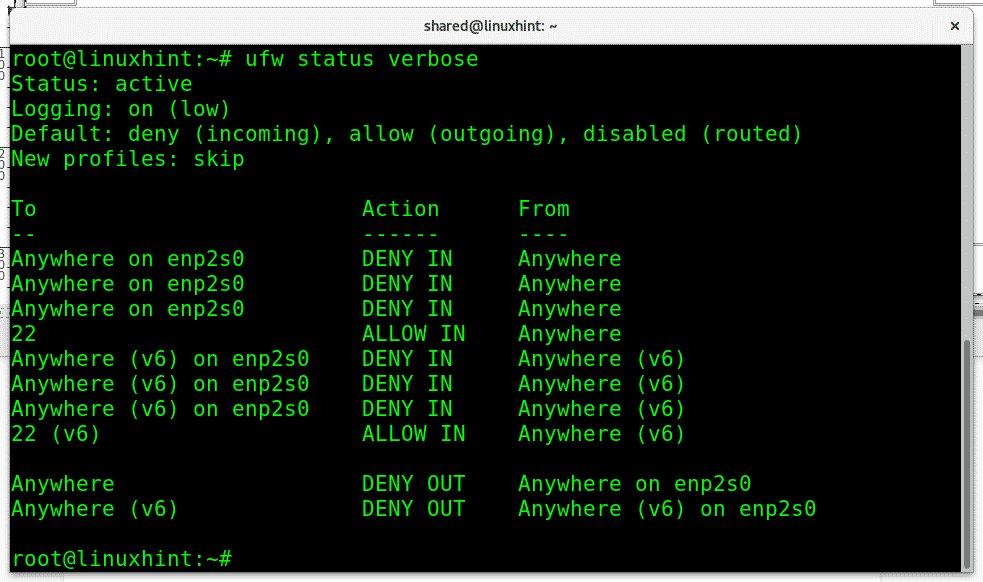 The port 80 doesn’t appear anymore as an exception, being the port 22 the only one.

You can also  delete a rule by just invoking it’s numerical ID provided by the command “ufw status numbered” mentioned before, in this case I will remove the DENY policy on incoming traffic to the ethernet card enp2s0: 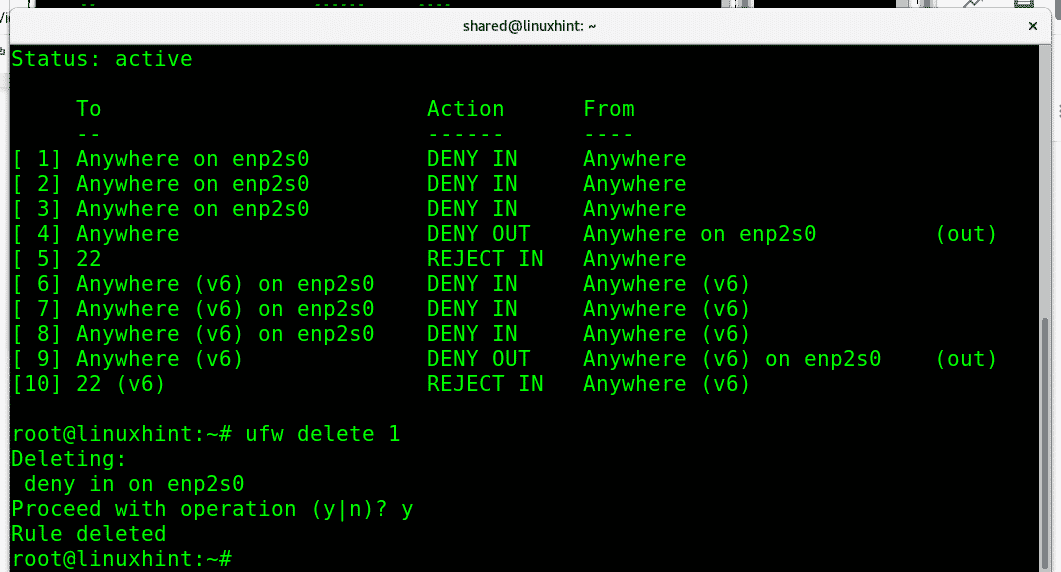 It will ask for confirmation and will proceed if confirmed.

Additionally to DENY we can use the parameter REJECT which will inform the other side the connection was refused, to REJECT connections to ssh we can run:

Then, if someone tries to access our port 22 he will be notified the connection was refused as in the image below. 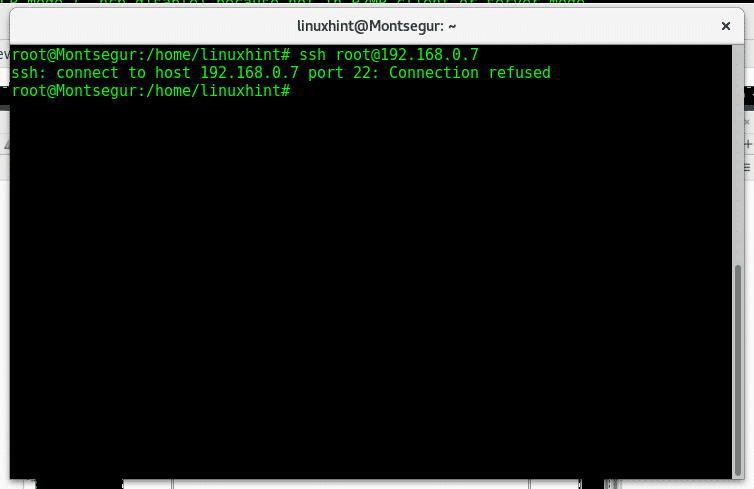 At any stage we can check the added rules over the default configuration by running:

We can deny all connections while allowing specific IP addresses, in the following example I will reject all connections to port 22 except for the IP 192.168.0.2 which will be the only able to connect:

We can limit the login attempts to prevent brute force attacks by setting a limit running:
ufw limit ssh

To end this tutorial and learn to appreciate ufw’s generosity, let’s remember the way in which we could deny all traffic except for a single IP using iptables:

The same can be done with just 3 shorter and simplest lines using ufw:

I hope you found this introduction to ufw useful. Before any inquiry on UFW or any Linux related question don’t hesitate to contact us through our support channel at https://support.linuxhint.com.