Since the installation refers to the Mate desktop environment of Ubuntu, if you have not switched to it, you can use the following commands to do so.

Moreover, the MATE Tweak comes with built-in support. In case you are unable to find the “MATE Tweak“, you can install it using the following command.

How to customize Ubuntu Mate desktop with tweak tool

At first sight, the Mate desktop environment may not satisfy the user-friendly aspect as shown in the following image. 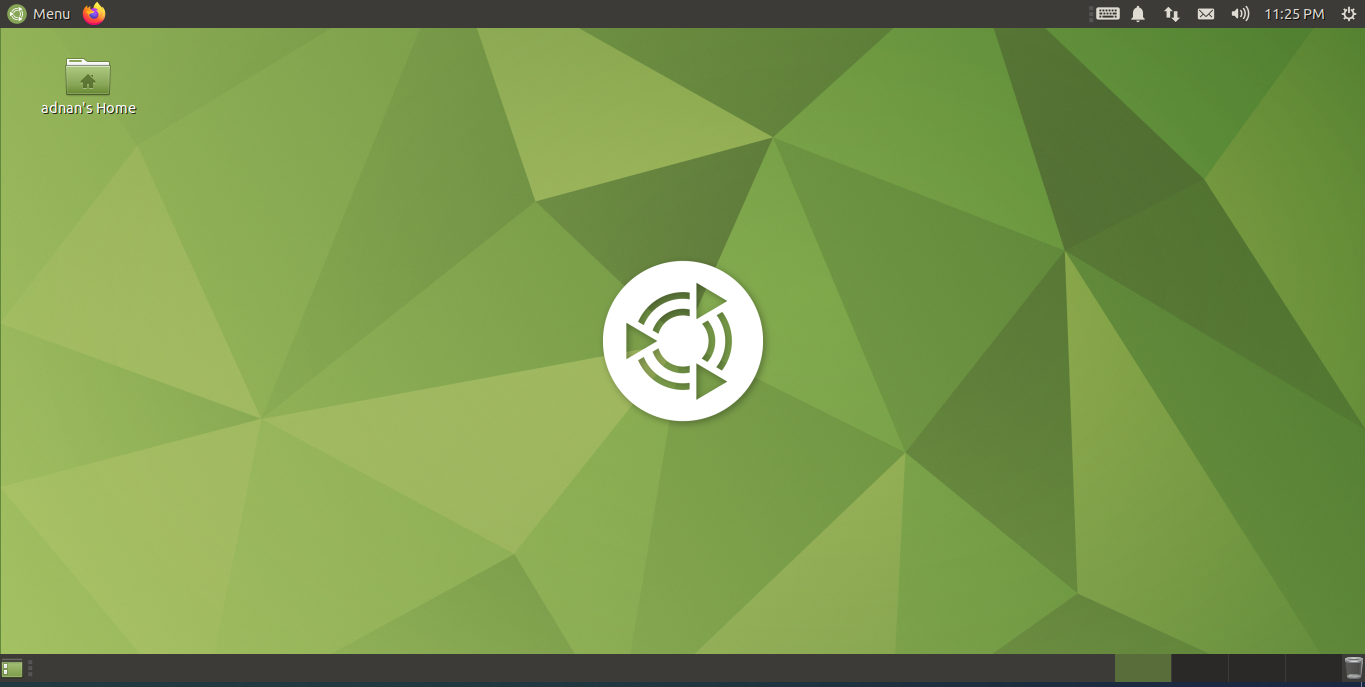 However, you can customize it using the “MATE Tweak“. Click on the “Menu” option on the menu bar and search for Mate tweak as shown below. Click on “Mate Tweak” to proceed further: 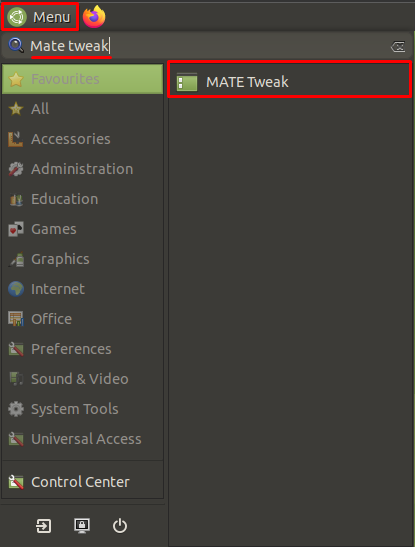 Once the “MATE Tweak” is opened, you would observe that only the “Home” icon can be seen on the desktop. You must check the other boxes such as “Computer”, “Trash”, and “Network”. 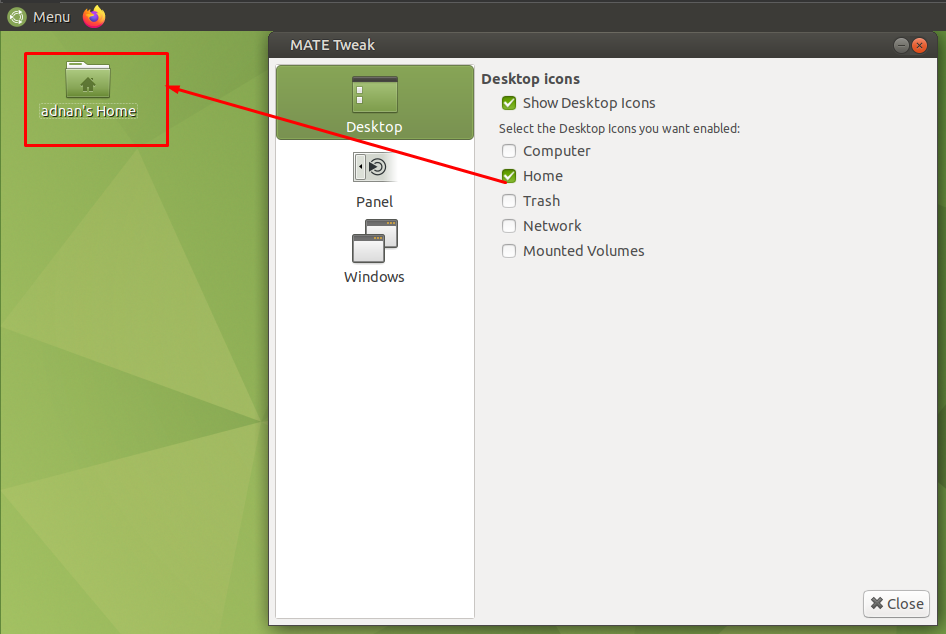 After selecting the desired shortcut icons, you would observe that the icons are displayed on the desktop and you can easily navigate to the locations that are associated with these shortcuts. 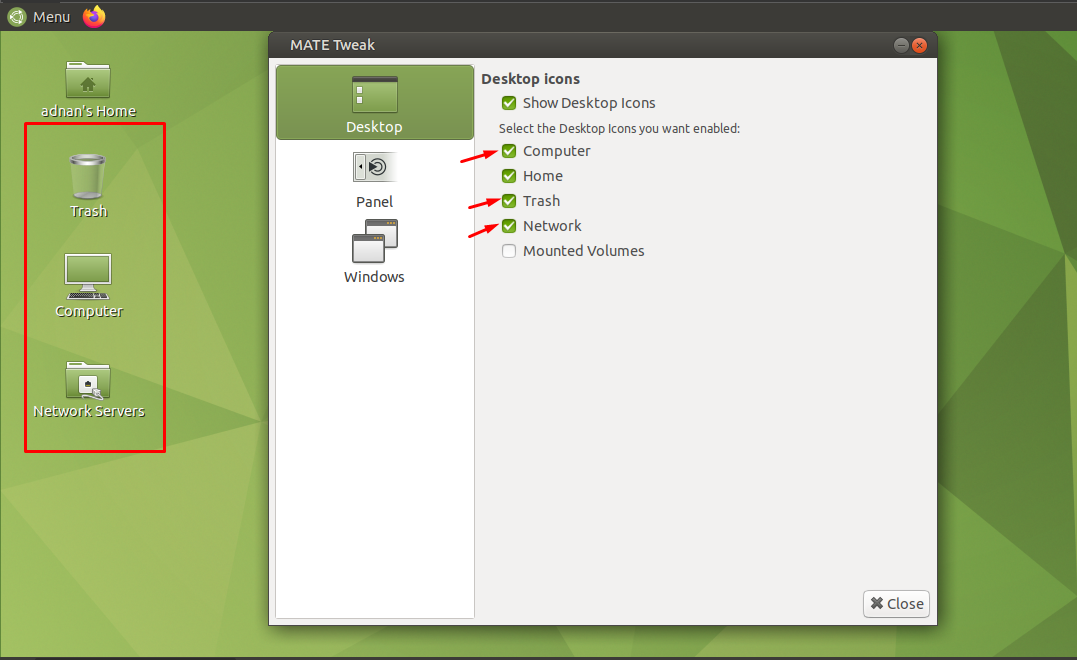 Click on the “Panel” option and you would get the settings related to the panels. Here, you can customize the panel layout, menu features of the panel, and panel features. 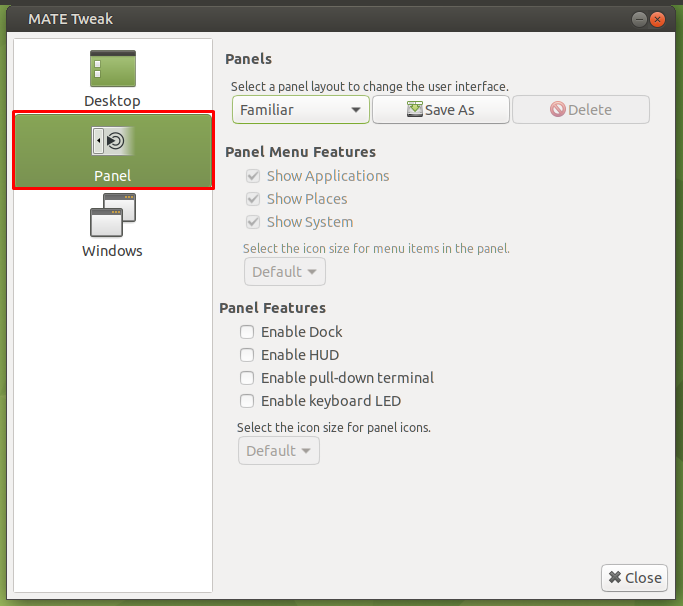 Choose the panel layout by clicking on the dropdown menu as shown in the following image. By default, it is set to “Familiar“. 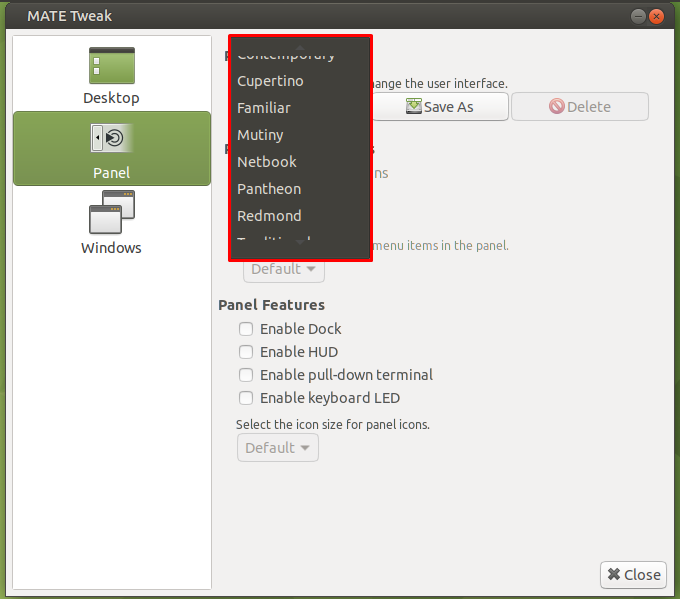 We have changed it into “Mutiny” and the panel layout is totally different from the default one. 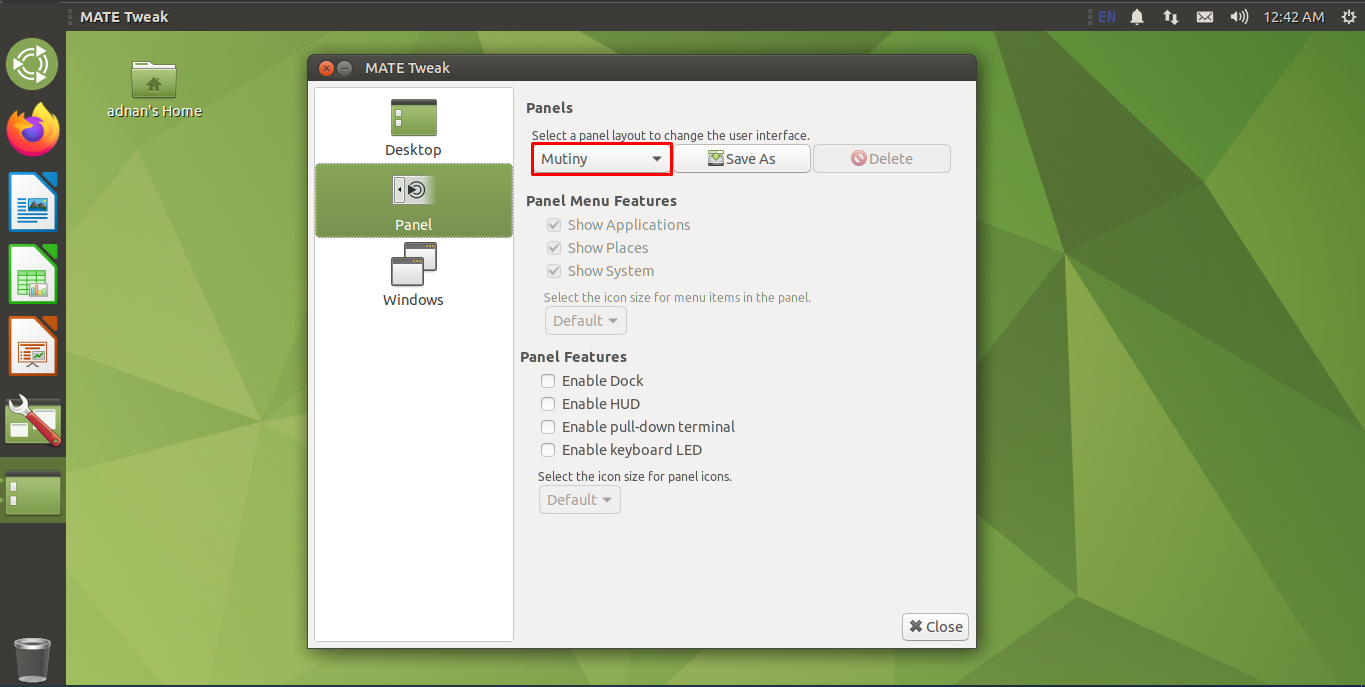 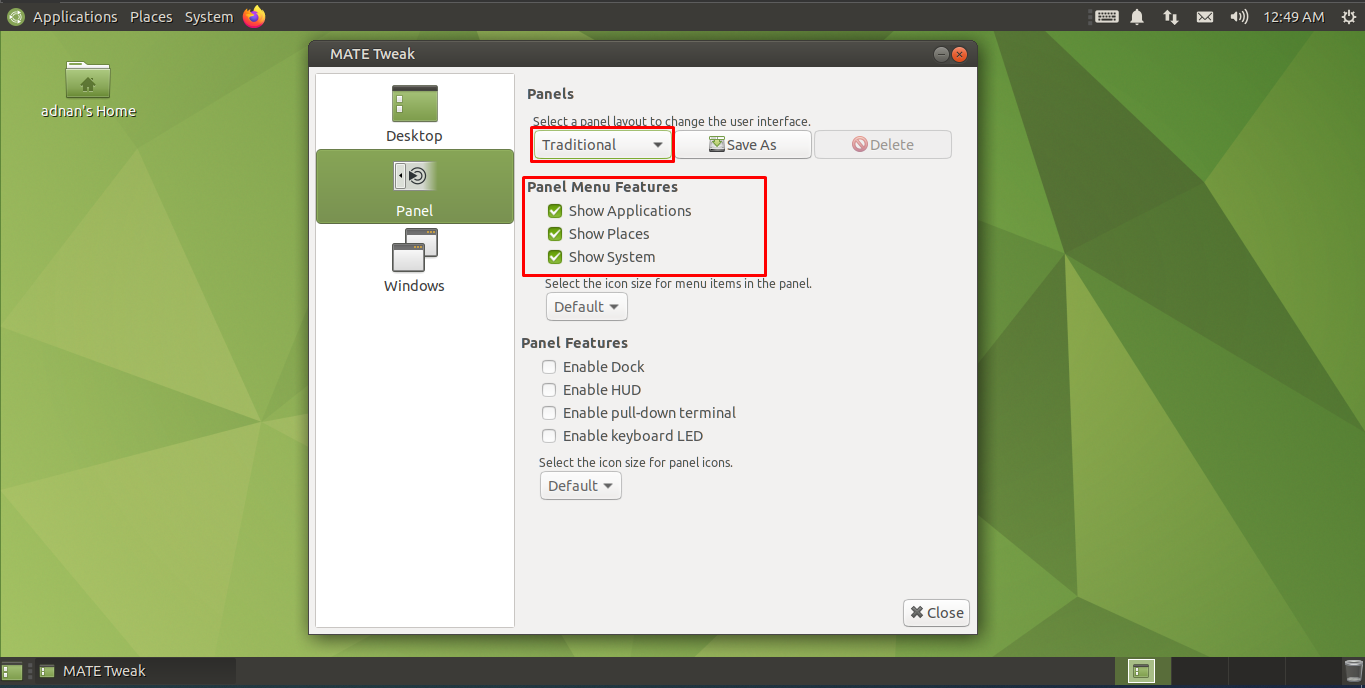 Moreover, the Panel Features include the “Dock”, “HUD”, “pull-down terminal”, and “keyboard LED”.

For instance, we have checked the panel features such as “Enable Dock” and “Enable Keyboard LED”. 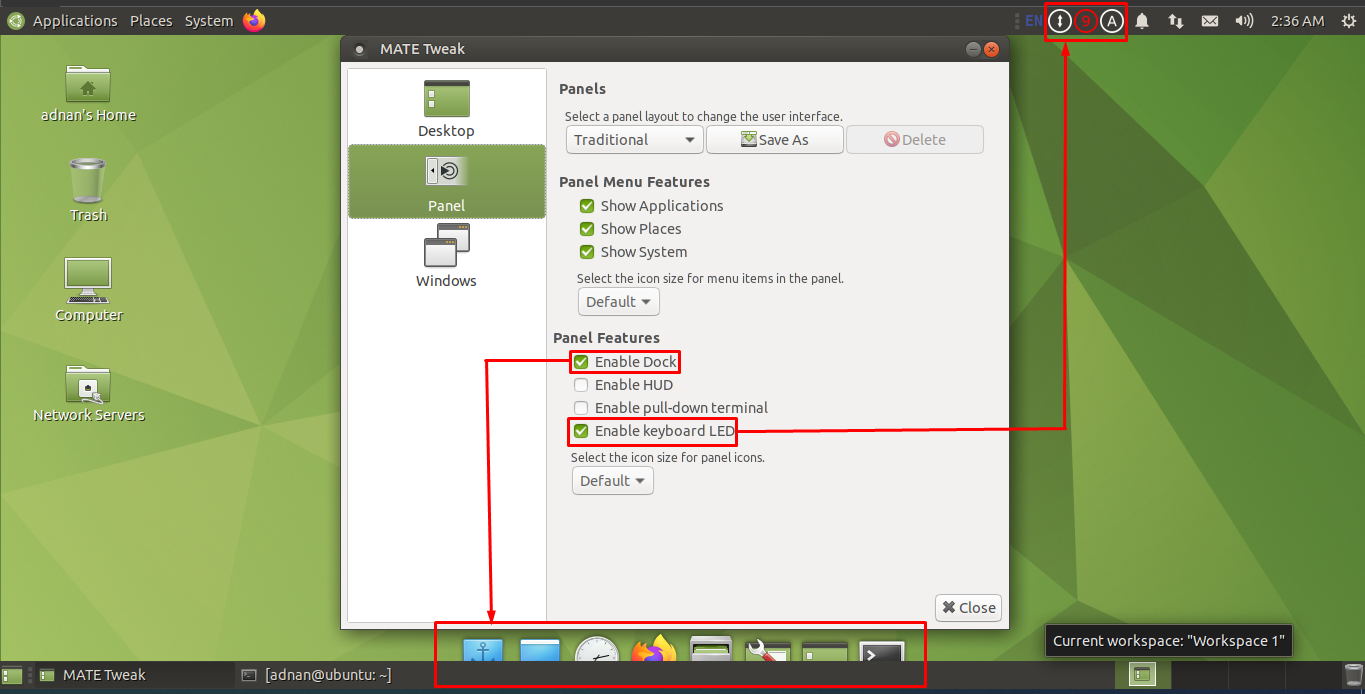 The MATE Tweak tool comprises six features related to the window as shown below. 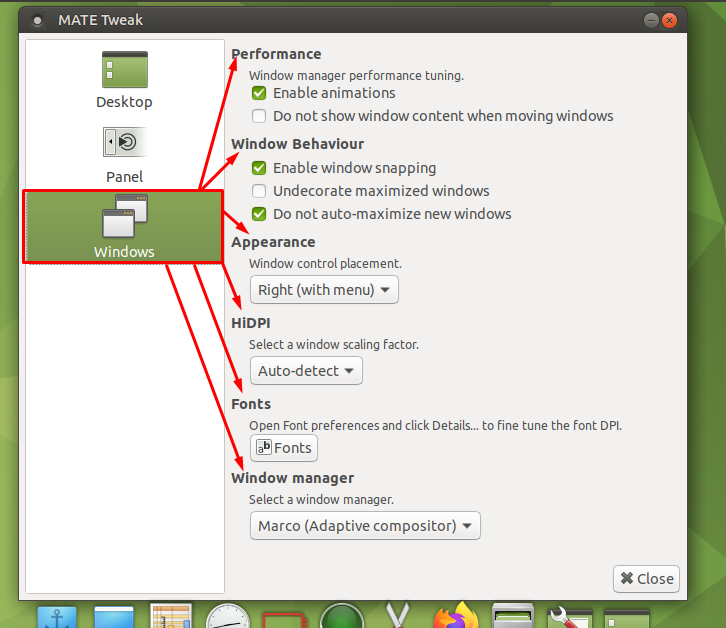 These features can be exercised to alter the setting for Performance, Appearance, HiDPI, Fonts, and Window manager.

The Performance includes the Animations effect which can be turned off to have better performance or keep it ON to have better visualization. Similarly, the position of window controls (maximize/minimize buttons and name of the program) can be manipulated using the Appearance option. Moreover, fonts, scaling factors, and window managers can also be alerted.

For example, we have customized the following options in Windows:

– window control placement is set to “Right” in “Appearance” option 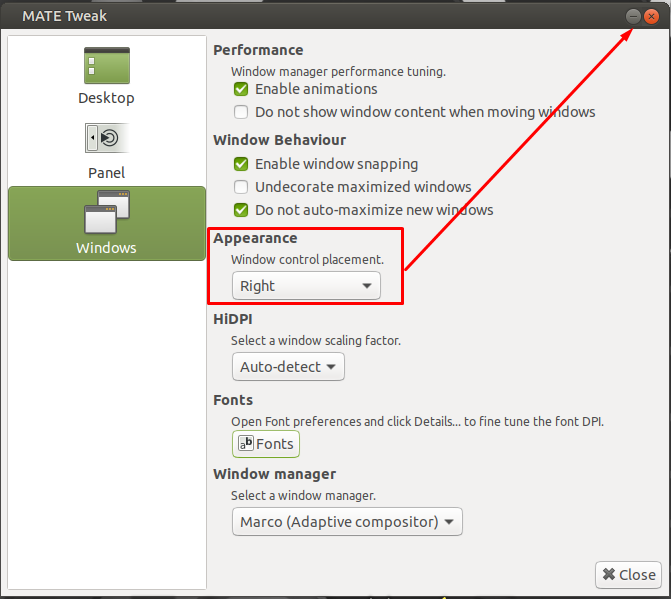 – When you click on “Fonts“, a new window will appear from where you can change the desktop background, theme, wallpaper, and interface. 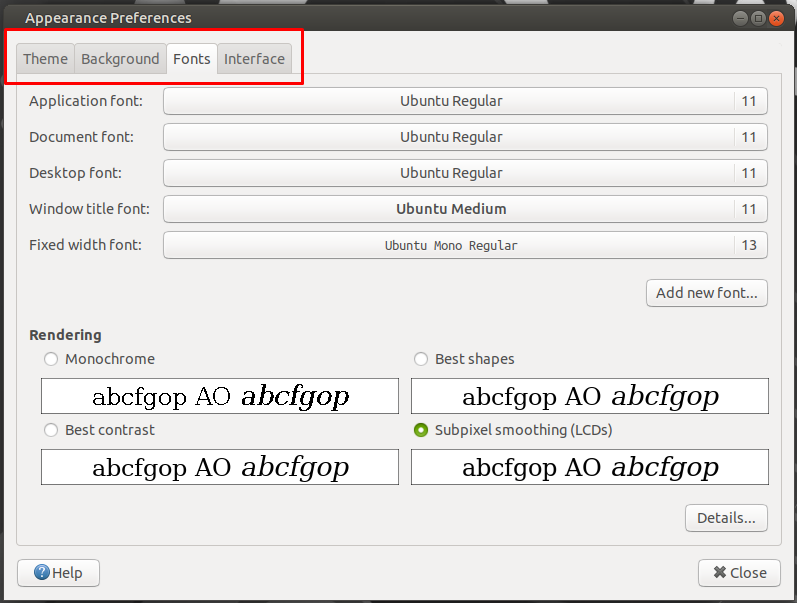 We have changed the default theme to ” Ambiant-MATE-Dark” as can be seen in the image below. 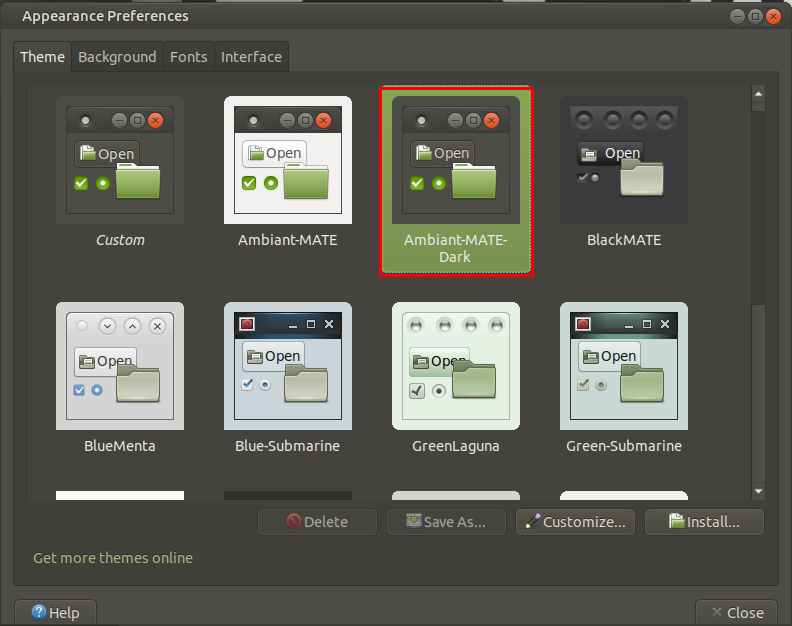 The default background is also changed: 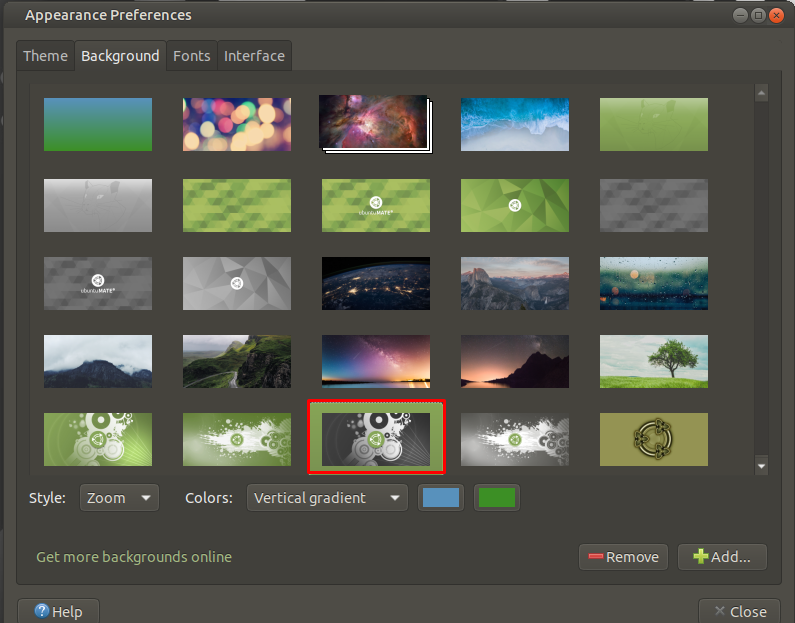 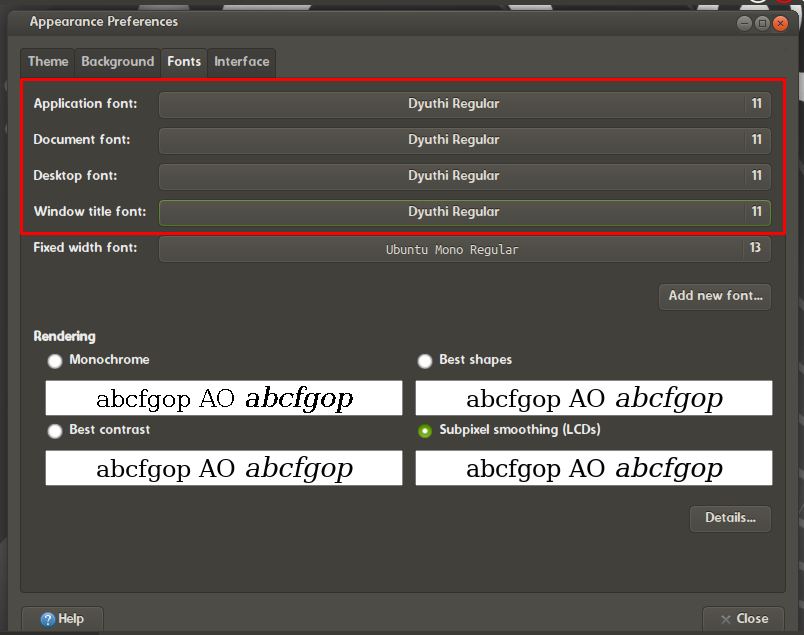 Once done, let’s have a look at the newly customized Ubuntu Mate desktop environment. 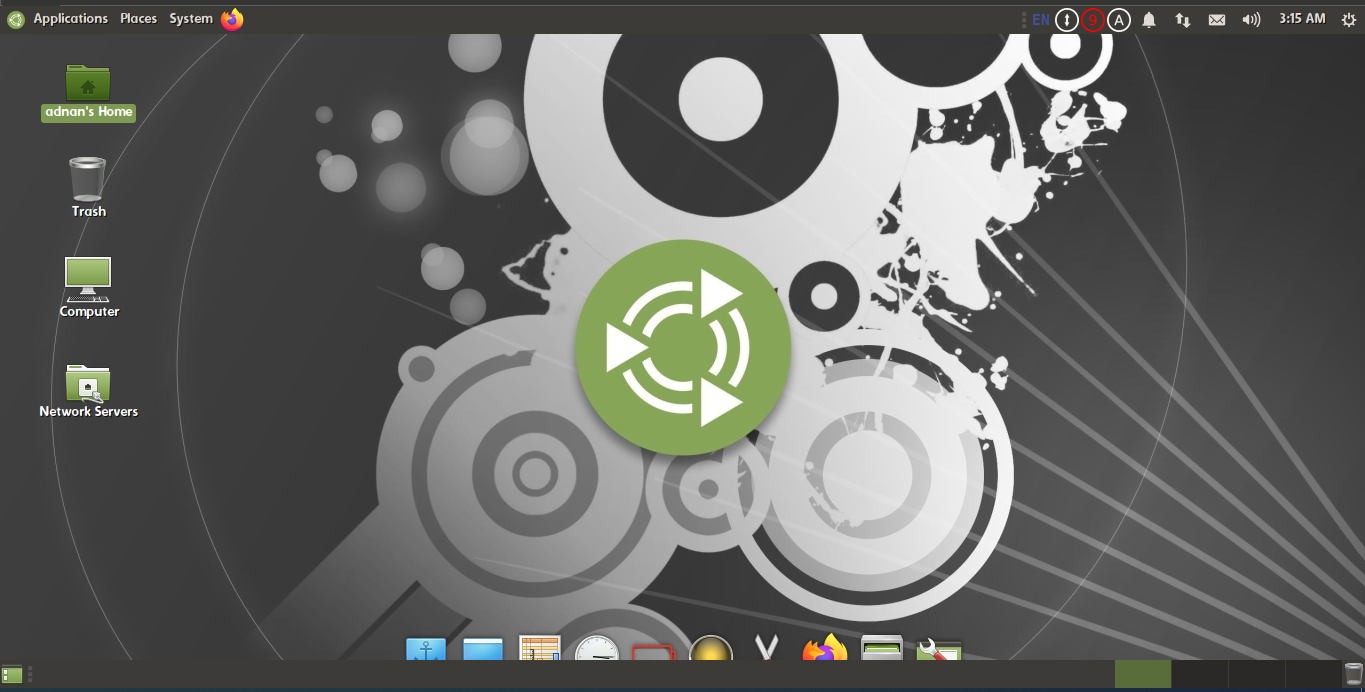 You would observe the difference between where we started and where we are now.

Apart from the mentioned changes, one can make more customizations using the MATE tweak tool.

Ubuntu Mate desktop can be customized using the MATE Tweak. The Mate desktop environment is equipped with MATE Tweak by default. With the help of the tweak tool, one can customize the features of the desktop. Moreover, panel settings can be altered that include panel layout, panel menu features, panel features, and size of panel icons. Lastly, the Windows option in MATE Tweak enables you to change the features of a window such as changing the font style, appearance of window controls, windows manager, and much more.