Macros are technically the execution sequence of some operations and are usually created to perform the frequently occurring tasks quickly. In Microsoft Windows, you can find the MS Word, which has the functionality to let you create macros. In the Linux-based systems, you will see the VIM Editor and you can, like in MS word, create macros in VIM. It can also be recorded, which can later be played in a file. It is also called the record and play feature of the VIM editor.

This article will explore on how to create macros on the VIM Editor in Ubuntu 22.04.

Create Macros on VIM in Ubuntu

You must perform the following steps to create macros in VIM. But before moving any further, you should understand the working of the macros.

Step 1: Create a File for Recording

You need to create a recording file using the following command in the VIM editor:

Here, VIM is the command while “myMacros.txt” is the file that you created using VIM.

You will see the following result when you press enter: 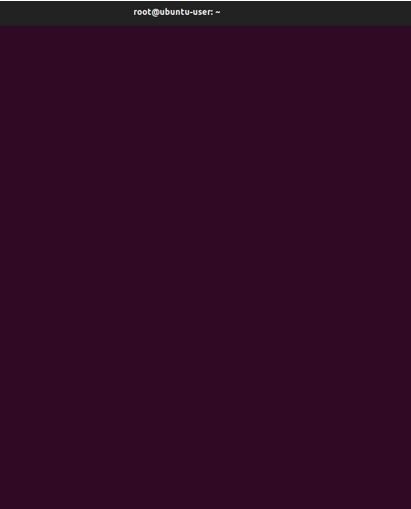 You may need to confirm if it is recording by pressing “q” and then pressing k where *k is our macro name*.

We use the macro to repeat. So, we first press “i” and then type the text that we want to repeat. 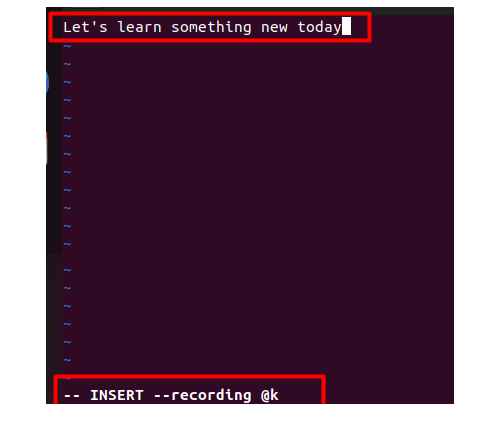 Then, press the “escape key then q” to stop the recording process. The recording message will disappear. 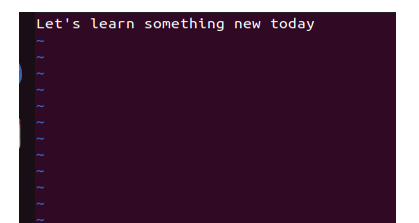 Step 3: Use the Recording

There are several other applications of macros in VIM. Here is another one.

How to Create a Sequence of Numbers in VIM Using Macros

You can quickly create a series of numbers in VIM with the help of Macros, as shown in the following steps:

Step 1: Create a New File and Insert a Number

You can generate any sequence of numbers that you desire using the following commands: 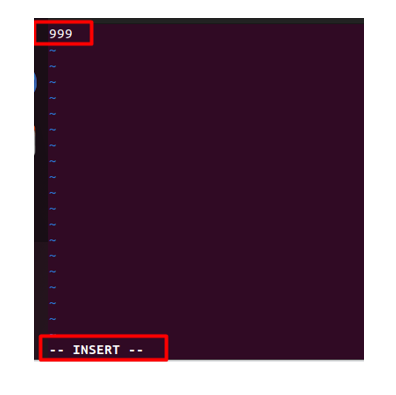 To start recording, you must press the “ESC key”. And then press q followed by any key to name your macro. We used “c” as our macro name. 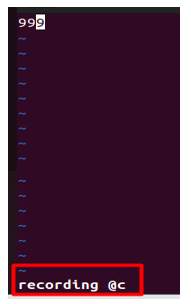 Now, press “yy” to copy the text. Then, press “p” to paste it on the following line: 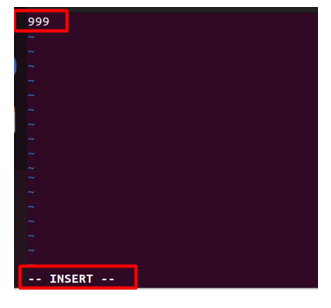 Now, you need to press “CTRL+a” to increment one number and press “q” once done. Stop recording using the “q” key. Then, press the “ESC key” followed by “8@c” to increment a number eight times. You can do this on unlimited iterations.

Using macros on the VIM editor can save lots of time. Instead of typing a long repetitive task or command, it is easier to do the work in seconds. Editors mainly use the macros, which are highly elastic and used according to their requirements. This feature makes it somehow better than MS Word.