In AWS architecture, we often require one AWS service to manage or access other AWS services (for example you want your EC2 instance to read data from S3 bucket) on your behalf. To do so, we have to give permission to that service just like we give permissions to IAM users in our account. These permissions are granted by attaching IAM policies to IAM Roles. Then this IAM role is assigned to the AWS service. This blog describes how we can create IAM roles on AWS using AWS management console and AWS command line interface.

There are four types of roles we can create in AWS which are as follows:

This role is used to provide access to specific users to manage and access your AWS account if they are federated with SAML 2.0. SAML 2.0 is a protocol which can provide authentication and authorization between security domains.

In this section we are going to look at how you can create IAM roles using the following methods.

Select the IAM option down the search menu. This will take you to your IAM dashboard. Click on Roles in the left side panel to manage IAM Roles in your account.

In the create role section, first you need to select the type of role you want to create. In this article, we are going to discuss only AWS service roles as they are the most commonly and frequently used type of role. 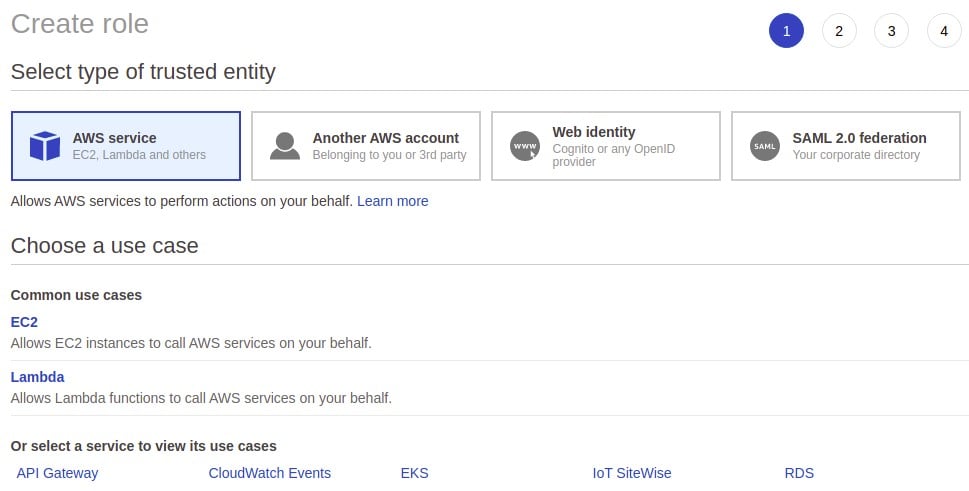 Now, you need to select the AWS service for which you want to create the role. There is a long list of services available here and we are going to stick with EC2. 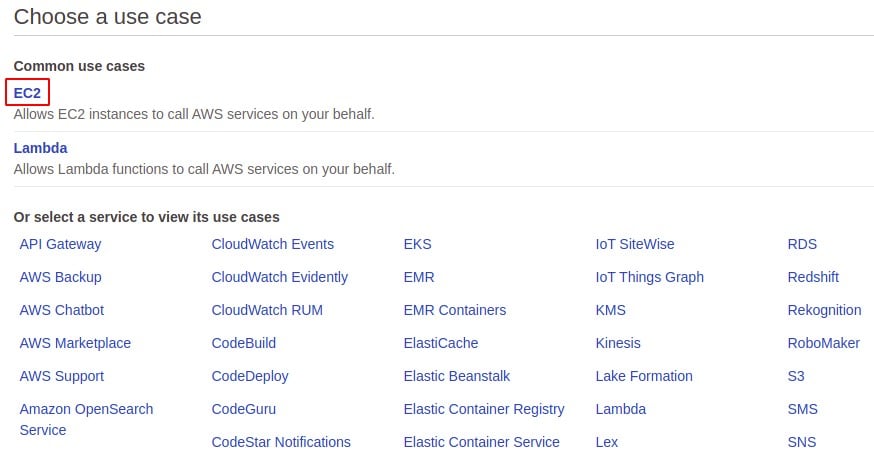 Next, you need to add tags if you want and this is totally optional step.

Lastly, review the details about the role you are creating and add the name for your role. Then click on the Create role button in the bottom right corner of the console.

So, you have successfully created a role in AWS and this role can be found in the roles section of IAM console.

In the Modify IAM role section, select the role from the list you want to assign and simply click on Save button.

After this, if you want to verify that the role is actually attached to your instance, you can just look for it in the summary section. 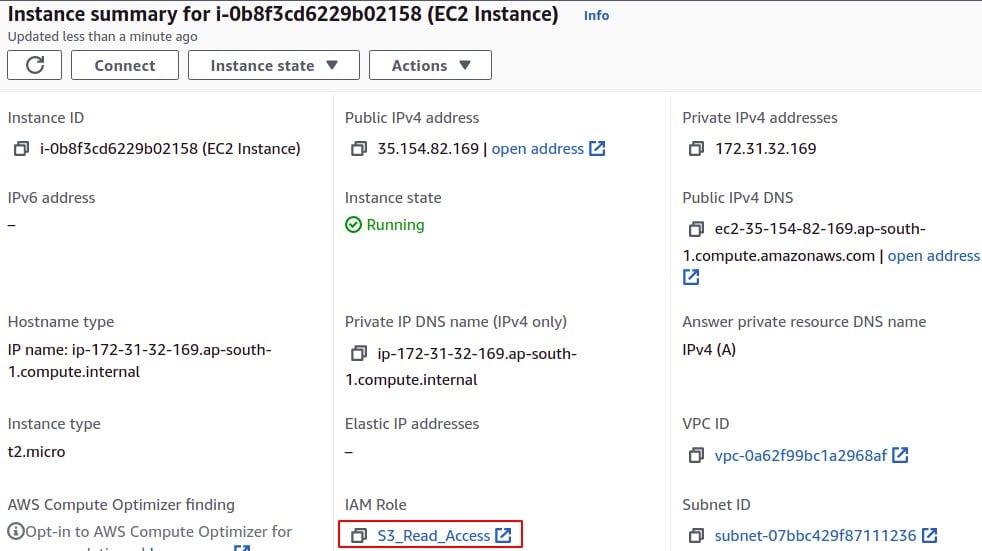 IAM roles can be created using the command line interface, and this is the most common method from developers’ point of view who prefer using CLI over management console. For AWS, you can set up CLI either on Windows, Mac, Linux or simply you can use AWS cloudshell. First, login to AWS user account using your credentials and to create a new role, just go along the following procedure.

Create a test or trust relationship policy file using the following command in the terminal.

In the editor, paste the IAM policy you want to attach to the IAM role.

After copying the IAM policy, save and exit the editor. In order to read the policy from the file, use the cat command.

Now, finally you can create your IAM role using the following command.

This command will create the IAM role and attach the IAM policy defined in the JSON document to the role.

The IAM policy attached to the IAM role can be changed by using the following command in the terminal.

In order to list policy attached to the IAM role, use the following command in the terminal.

After creating the IAM role, attach the newly created IAM role to AWS service. Here, we are going to attach the role to an EC2 instance.

To attach a role to an EC2 instance, we first need to create an instance profile using the following CLI command.

Finally, now we are going to attach this instance profile to our EC2 instance. For this we need the following command:

In order to list IAM instance profile associations, use the following command in the terminal.

Managing IAM roles is one of the basic concepts in AWS cloud. IAM roles can be used to authorize AWS service to access another AWS service on your behalf. They are also important to keep your AWS resources secure by assigning specific permissions to AWS services they need. These roles can also be used to allow IAM users from other AWS accounts to use AWS resources on your AWS account. IAM roles use IAM policies to assign permissions to the AWS services they are attached with. This blog describes step by step procedure to create IAM roles using AWS management console and AWS command line interface.