ECS (Elastic container service) is a managed, highly available, and scalable container service to run containerized applications on AWS. In ECS, a task definition is written to define the containers and is used to run one or more processes in service. A service in ECS is a configuration that can be used to run and manage multiple tasks in an ECS cluster simultaneously.

Following are some terminologies used while working with the ECS cluster.

This article will learn how an ECS cluster can be created on AWS using the AWS management console.

First, log into the management console and go to the ECS services.

From the left side panel on the console, click on the Clusters button. 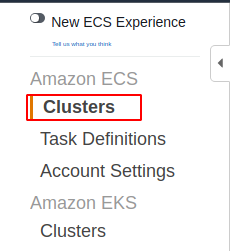 Now click on the Create cluster to start creating the cluster. 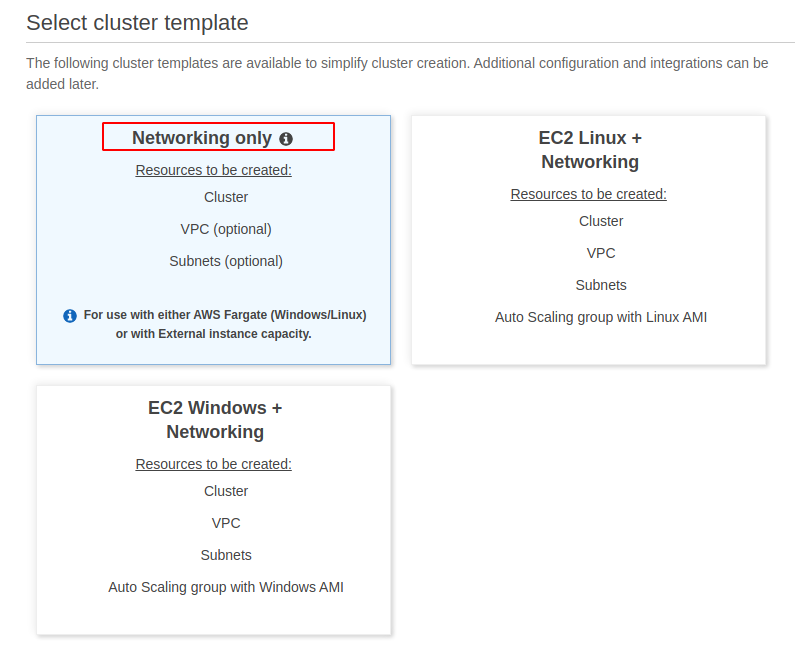 After selecting the option, now click on the Next step button at the bottom right corner of the page.

After providing all the above details, click on the Next button to create the ECS cluster. 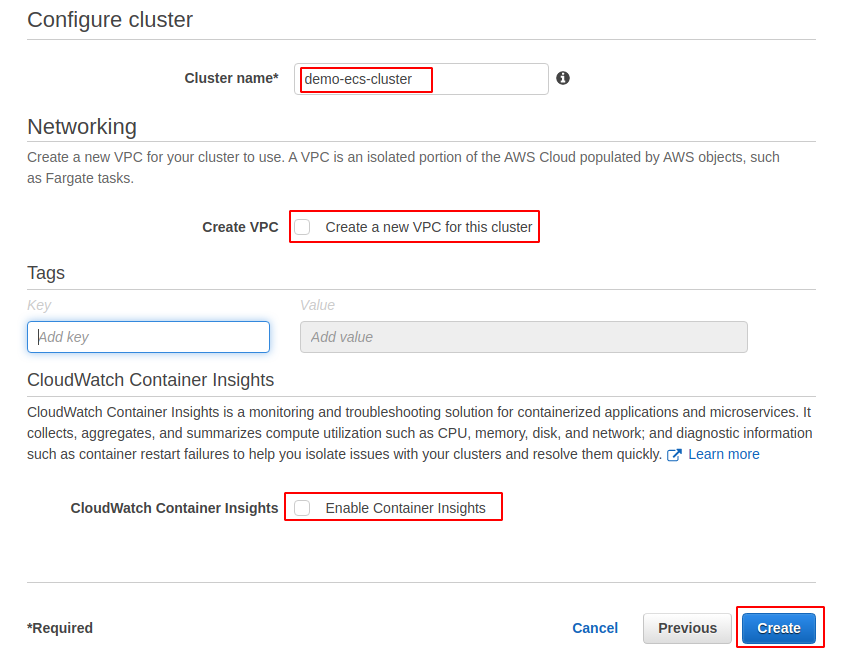 When you click on the Create button to create the ECS cluster, it will first create an IAM service-linked role for the ECS and then create the cluster.

From the left side panel of the ECS console, click on the Task Definitions button. 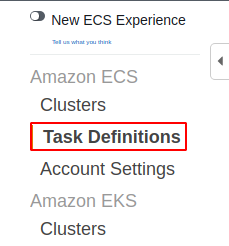 The External launch type compatibility is used for the ECS cluster, including Self-managed on-premises instances. The price is based on instance-hour and additional charges for other services.

For this demo, we will use the Fargate launch type compatibility as we are using the Networking only template for the ECS cluster. 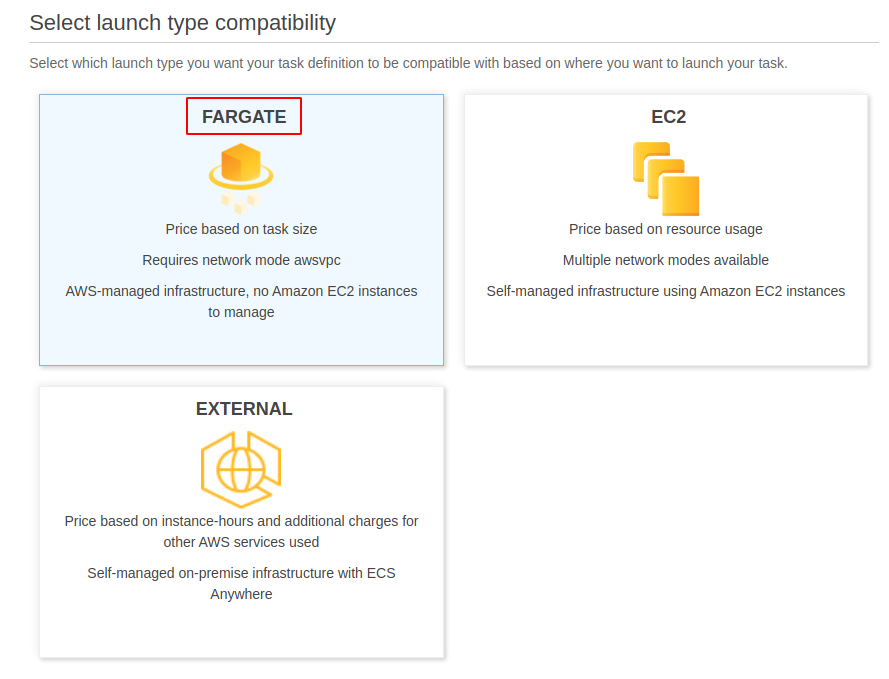 After selecting the launch type compatibility, now click on the Next step button at the bottom right corner of the page. It will open a new page asking for task and container configuration. 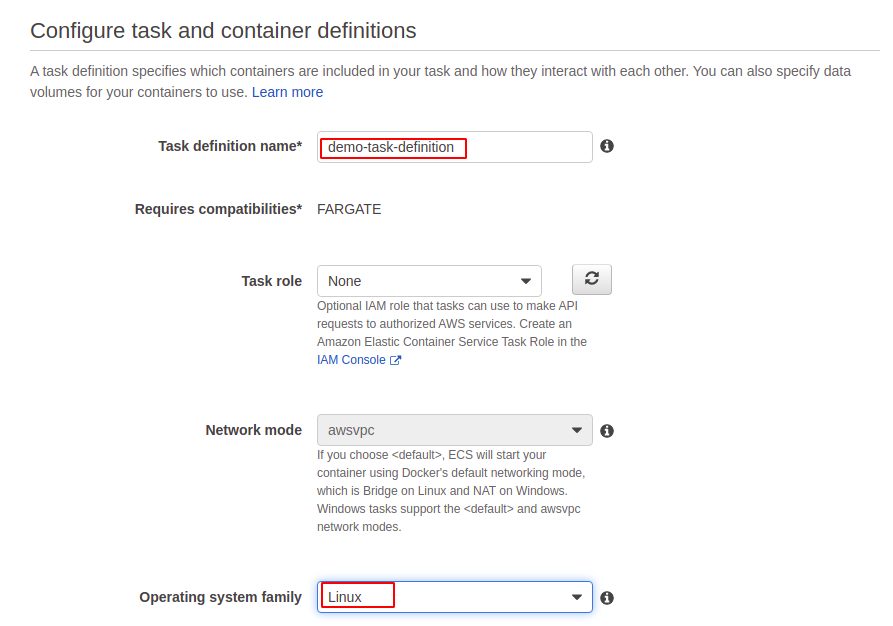 The task size is the memory and the number of vCPUs that will be allocated to the container for execution. For this demo, allocate 0.5 GB of RAM and 0.25 vCPU.

After allocating RAM and vCPUs, now click on the add container button to add a container. Enter the name of the container and the image that will be used by the container.

Port mapping is used to access container ports on the host machine. For this demo, set the port 80. 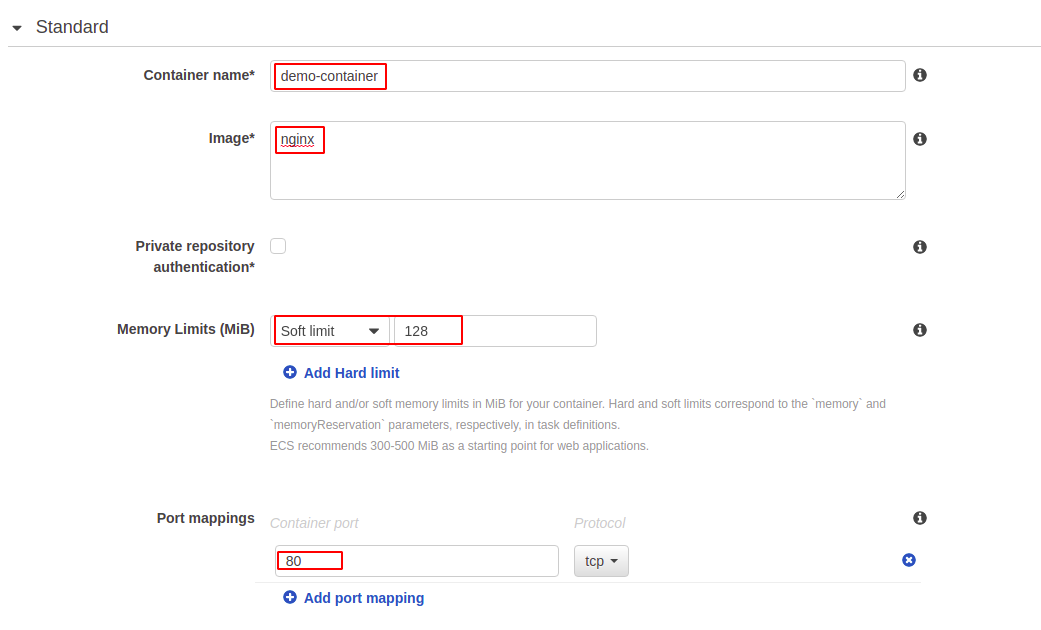 Now skip all the remaining options and click on the create button at the end of the page to create the task.

After creating the task definition, now go to the Task Definitions from the left side panel of the ECS console. Select the newly created task definition and run it using the Run task option from the Actions list.

It will ask for the different options for the container before running. Provide the Fargate as launch type as we will use Fargat as launch type compatibility.

Select Linux as the operating system of the container and provide the other details, as shown in the following image. 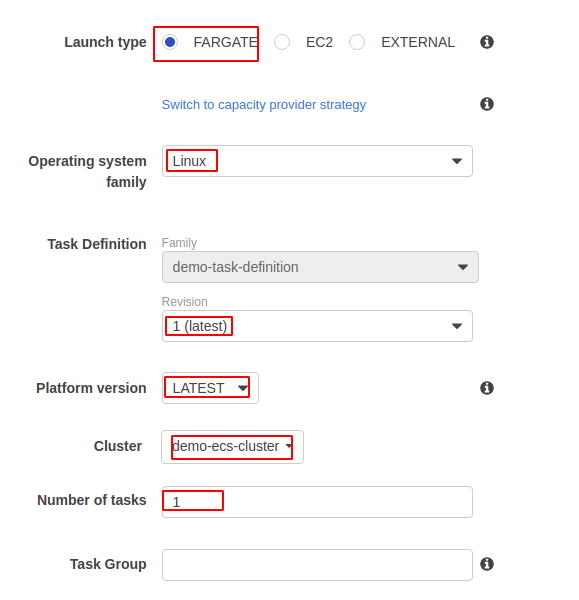 Select the VPC, subnet, and security groups you want to assign to the task definition. 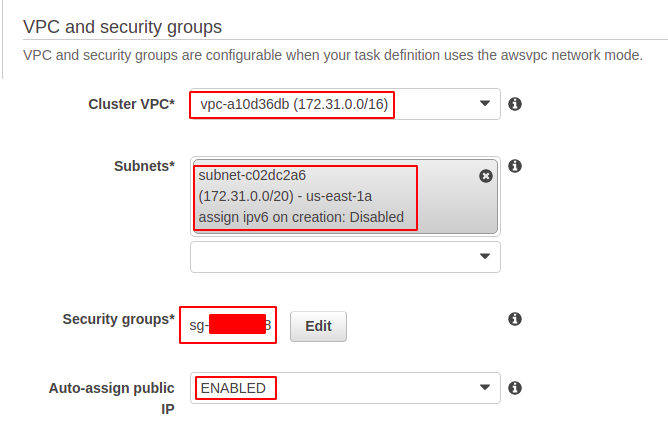