Cron is an extremely useful Linux utility that is extensively used to schedule different tasks at a specified time. This provides a high level of control and automation for performing different jobs with minimal human intervention. In today’s article, we will demonstrate how to create a Crontab to run on the first of the month in Linux Mint 20.

For creating a Crontab to run on the first of the month in Linux Mint 20, you will have to follow the steps stated below:

Step 1: Create a Sample Cron Job to Run on the First of the Month in Linux Mint 20
First, you need to create a sample Cron job you want to run in the first month. However, this step is optional as you can even attempt to run a single command at the desired schedule, i.e., you do not necessarily need to create a program or a script. For demonstration, we have simply created a Bash file in the Home directory named Month.sh. Whenever this script is executed, it will display a simple message on the terminal. The contents of our Bash script are shown in the following image. This Bash script will act as our sample Cron job.

This command will simply start the Cron daemon without displaying any messages on the terminal.

Step 3: Ensure the Active Status of the Cron Daemon on your Linux Mint 20 System
After that, you need to ensure that the Cron daemon is active and running. This status can be checked by executing the following command in the Linux Mint 20 terminal:

If the status of your Cron daemon is “active (running),” as highlighted in the image shown below, then you can conveniently proceed to the next step. 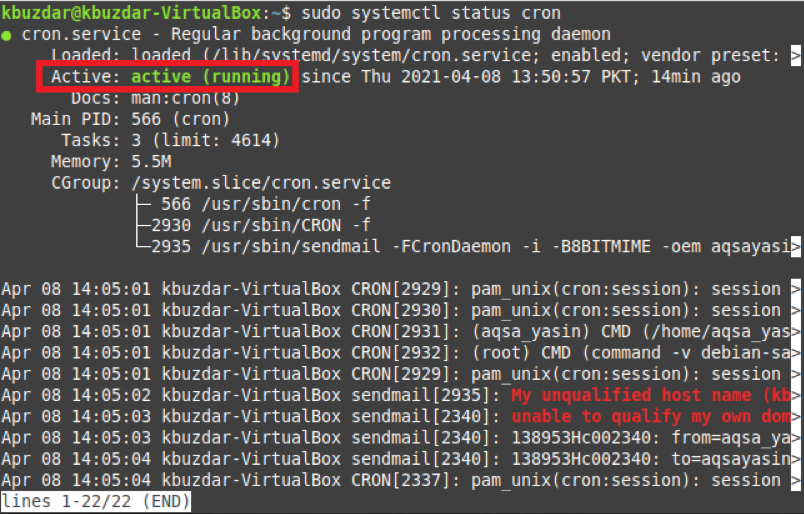 The Crontab file is shown in the image below: 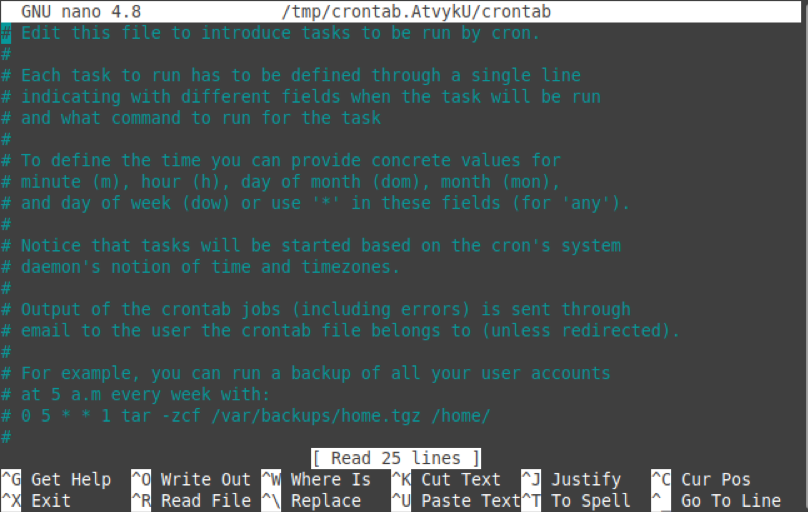 Now, you need to add the following statement to your Crontab file for the execution of your sample Cron job on the first of the month:

Here, it would be best if you replaced PathToYourSampleCronJob with the actual path of the sample Cron job that you have created. In our case, it was /home/kbuzdar/Month.sh.

When you save your Crontab file after adding this statement to it, the Cron daemon will automatically install the new Crontab, as shown in the image below. It means that now your sample Cron job is all set to be executed on the first of the month.