We can take the input of strings from the user to create an array using the malloc() function and this is explained in detail in the article.

An array is used to store multiple data of the same data type. We can take the input of strings from the user in an array, store the array on the dynamic memory (using malloc() function) so that it can be allocated the memory according to the space needed by the program in its execution, and in the end, this array’s data can be utilized. To understand this, we will create a text file with the name,mycodefile.c and type the code given below: 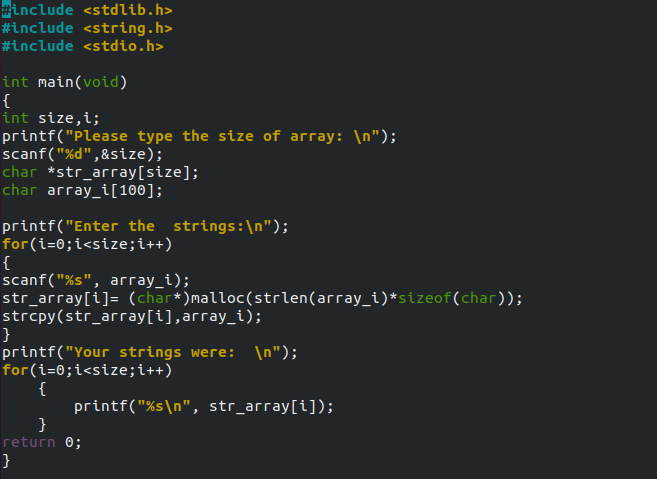 We are using the execution of the code in Linux, so we have to use the gcc compiler to compile the file, mycodefile.c, for this purpose use the command:

Once the file has been compiled without generating any errors and warnings, execute the file using the command:

The explanation of the above code is:

The strings are used in many programs for example creating a list of football players and taking a food order in a restaurant. It is recommended to use dynamic memory for storing the values for the proper memory utilization and optimization. In this write-up, we have discussed the method to take the inputs of strings, save them in an array using malloc() function in C programming and display the array.