Git commits are the changes that developers make in projects’ local repositories and then push to remote repositories. On a typical project, several developers might work on various Git branches. In such a scenario, Git users occasionally want to access the commits of another branch. Another possible situation is that the user wants to delete or reset the branch and move all changes to another branch. Not sure how to create a backup of a branch? Do not worry!

This blog will explain:

Method 1: How to Copy Commits of One Branch to Another by Creating a New Branch?

To copy the commits of one branch into another branch, look at the below-listed steps. 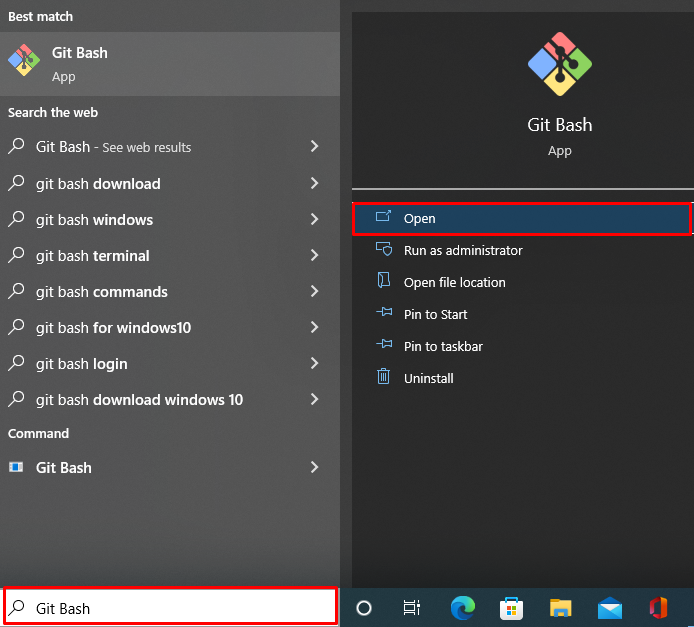 After that, check the repository status to verify if the file is added to the tracking index or not:

Step 5: Commit Tracked Changes
In the next step, commit the tracked changes into the local repository using the provided command:

Step 6: Create New Branch
Next, create a new branch that will copy the commits of the current branch automatically. For instance, we have created a “copy-commit” branch:

Step 7: Move to New Branch
After that, move to the newly created branch by utilizing the Git “git checkout” command:

Step 8: Check Git Logs
To determine whether the commits are copied into the new branch or not, check the Git logs:

It can be observed that we have successfully copied the commits from one branch to the newly created branch: 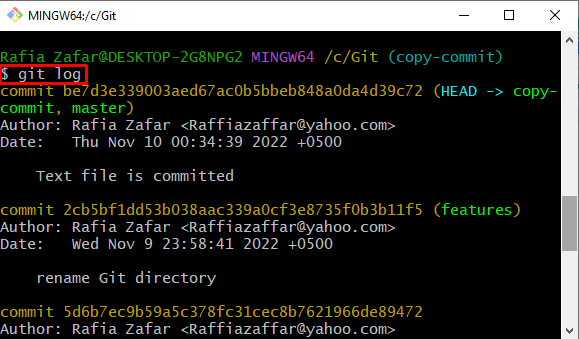 Method 2: How to Copy Commits From One Branch to Another Using the git rebase Command?

Follow the given instructions to copy one branch commits into another.

Step 1: Check Branches
Firstly, check all local branches through the “git branch” command and choose the branch where you want to copy the commits. For instance, we have selected the “features” branch:

Step 2: Go to Git Branch
Next, use the “git checkout” command to switch to the selected branch:

Step 3: Copy Commit of Branch
Use the “git rebase” command to copy the commit of one branch into the current branch and specify the name of the branch whose commits you want to copy:

For this purpose, we have copied the commits of the “master” branch into the “features” branch:

Check the Git logs of the current branch to verify whether the commits or copied or not:

The below output shows that we have successfully copied the commits through Git “rebase” command: 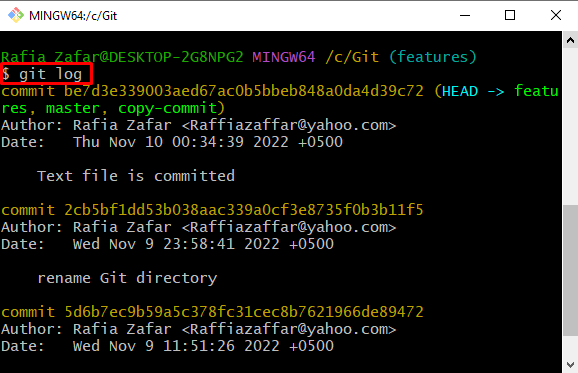 We have taught you the methods for copying the commits of one branch into another.