The interfacing of different devices with microcontrollers has been made easy with the help of Arduino boards. The Arduino boards are the advanced form of the microcontroller that can be used for various tasks. By controlling the devices, we can perform certain tasks at certain times so in this way we can create automation projects. So, to demonstrate how we can control the devices we have used the Arduino Uno and NPN transistor to control a 12-volt device.

How to control the 12-volt devices with Arduino Uno

The significance of controlling the devices is that we can switch them on and off automatically and this can ease in controlling the multiple devices. To control a 12-volt device using the Arduino Uno we have used the transistor as a switch by giving it a signal of HIGH to turn on the device and a signal of LOW to turn off the appliance.

What is a transistor

Before proceeding, first we must know what a transistor is. A transistor is a device which is used to either amplify the voltage, current and power or for switching the devices. A transistor is composed  of a semiconductor substance  that comprises three terminals that are: emitter, base and collector. The transistor comes with two basic configurations one is the PNP and the other is NPN. To use the transistor for switching, we have used the common emitter configuration of the NPN transistor. So when we give the HIGH signal to the base then the transistor comes into its saturation mode and when the signal of LOW is provided on the base it will move into the cutoff region and turn off the device. Below for your understanding we have provide the image that shows the common emitter configuration of NPN transistor: 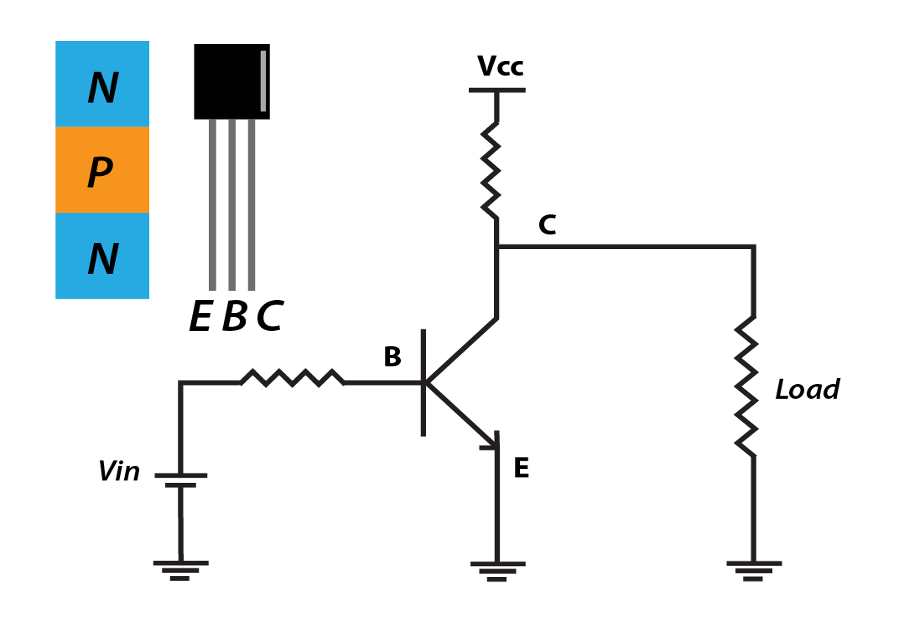 The circuit schematic is given in the image below that is designed to control a 12-volt device: 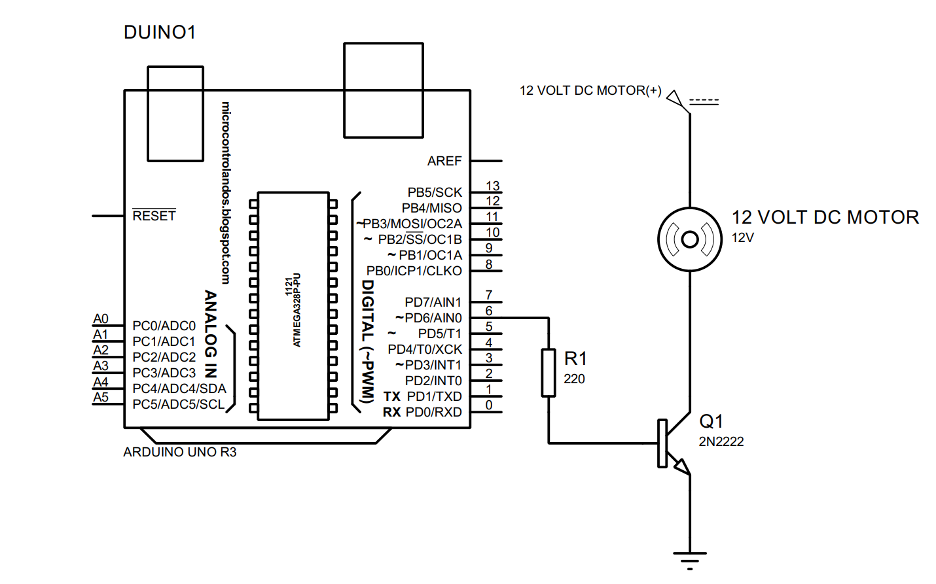 Hardware assembly for circuit that controls a 12-volt device

To control 12 volts device, we have used the following list of components that are

The hardware assembly of the circuit is given below in the image given below: 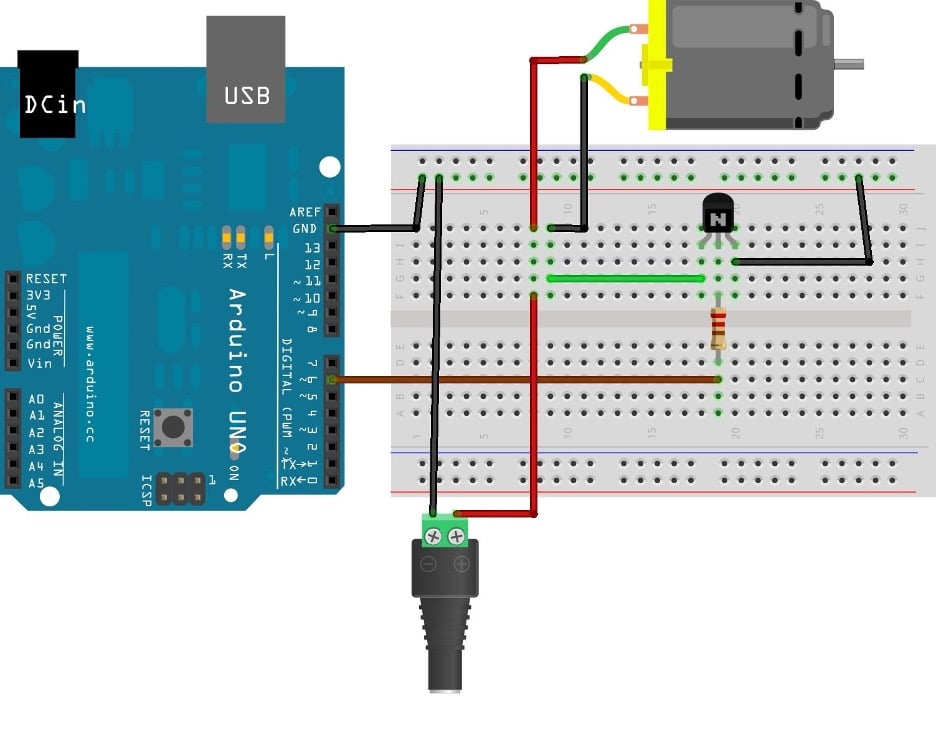 To control the 12-volt device we have used a 12-volt motor and to supply it with 12-volts we have used an adapter that gives 12 volts on its output and it can be seen in the image above. Similarly, to control the DC motor we have used the NPN transistor by providing it with a HIGH and LOW signal using Arduino pin 6.

To demonstrate how we can control the 12-volt device with Arduino Uno we have created a simulation whose animation is given below:

The devices that run using direct current are more efficient and consume less power as compared to the devices that use alternating current. Automation is one of the main applications that comes to mind when we think of controlling any device using the Arduino platform. Controlling the devices automatically instead of manually switching them creates a lot of ease for the users especially from the safety point of view that in case of any short circuit nobody gets harmed. To demonstrate how we can control DC devices we have created a project that switches the 12-volt DC motor using a transistor.