There are two different types of interfaces to interact with an operating system that is a Graphical User Interface (GUI) and Command Line Interface (CLI). In the Command Line Interface, we interact with the system directly using system commands on the terminal. We give commands to the system, then the system executes operating system functions according to the given commands, and we receive responses from the system in the form of simple text. The command-line interface is not commonly used by beginners. It is mostly used by developers and system administrators to configure systems and install packages as using Command Line Interface is much faster than using Graphical User Interface. Also, tasks can be automated by writing simple scripts (bash script for Linux and batch scripts for windows) using a command-line interface. We can perform way more functions using the command line interface.

For GUI, we have a  nice representation of files and folders in the operating system using icons and indicators. It is much easier for non-professionals to use a graphical user interface instead of a command-line interface.

Where <IP Address> is the public IP of the instance and <Key Pair> is the Key Pair to connect to the instance. For the Ubuntu EC2 instance, the default user will be ubuntu but if you have changed the username, then use that username instead of ‘ubuntu’ in the above command.

Lightweight X11 Desktop Environment (LXDE) is an open-source software program used to provide a desktop environment to the Unix-like Operating systems. To enable GUI on the Ubuntu EC2 instance, we will use LXDE. LXDE is preferred over other desktop environments like GNOME as it is lightweight and uses fewer system resources than others. Update the system before installing this package

During installation, it will ask for the display manager configuration. Press the‘ Tab’ key to highlight the ‘OK’ and then hit enter.

After this, the installation will complete, and we will move to the next step.

After installing LXDE, we will now install the XRDP package on our ubuntu instance. XRDP is also an open-source package used to provide a desktop view to the ubuntu server as we can not have a GUI using SSH. It is actually a package to enable remote desktop protocol on Linux machines. Normally Linux servers do not come with a pre-installed desktop environment. The following command will install the XRDP package to your Ubuntu instance

Now we can establish a connection between our local system and remote server using the remote desktop protocol.

Connect to the Instance

Now our ubuntu instance is ready for the connection using a remote desktop protocol. We can use either Linux or Windows to connect to our instance using RDP. On Ubuntu, type

While on Windows, search ‘Remote Desktop Connection’ client in the windows search bar and open it. It will ask for the DNS or IP address and username. 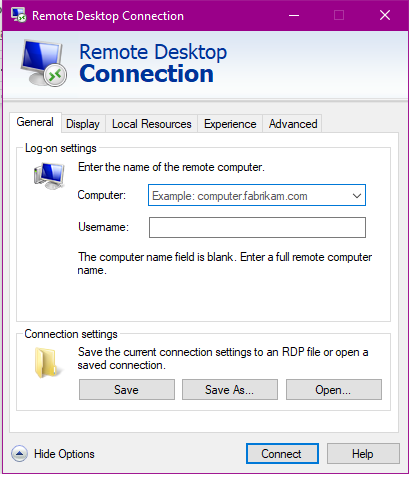 Use the IP address and username of the Ubuntu instance. You can also save the connection setting to an RDP file to use for later connection. Also, you can use the previously saved settings for this connection to connect to the instance. Now click on ‘connect,’ and it will ask for the password for this user. 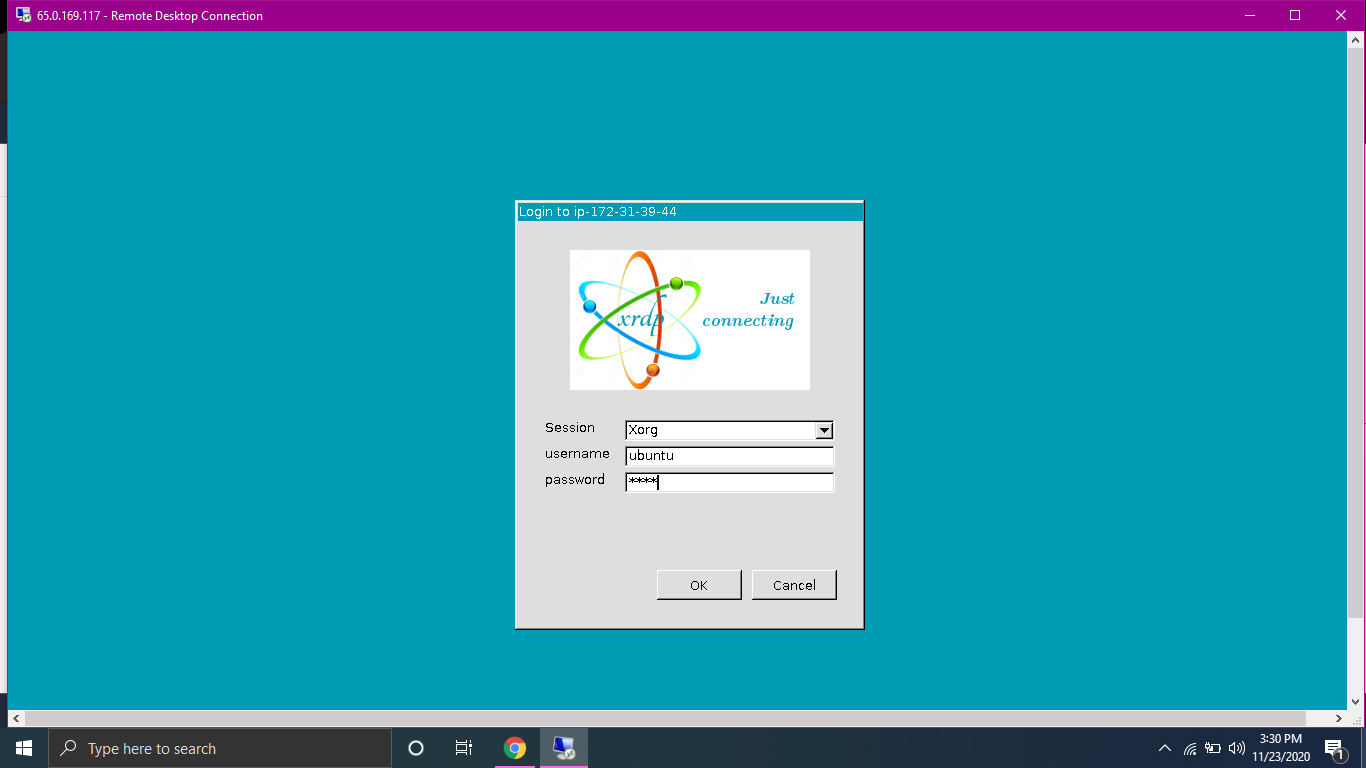 Use the password we have already set up, and it will connect with your instance with Graphical User Interface. 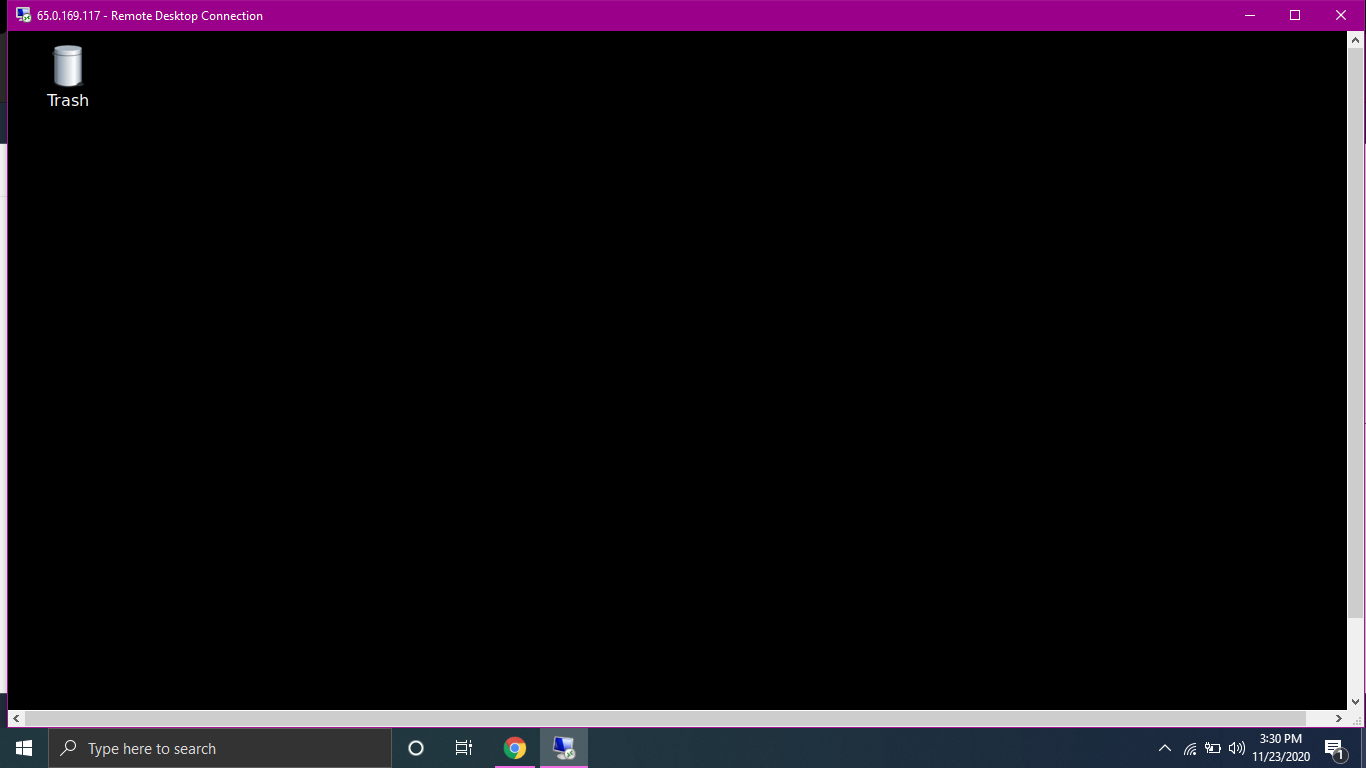