SSH or Secure Shell is designed to access the content of the remote host for doing different types of tasks remotely. SSH is not installed on Ubuntu by default. The SSH can provide password-protected encrypted access to the remote system after the installation. The SSH server runs on the remote host, and the SSH client runs on the system that will establish the remote connection. The authorized_keys file is the most important part of the SSH connection. It specifies the keys used to authenticate the users permitted to log into the remote host using public-key authentication. The uses of this file for the SSH connection have explained in this tutorial.

After executing the above command, it will ask the file name where the key will be stored. Press the Enter key to keep the default file name of the public key that is id_rsa.pub. Next, it will ask for the password to log in. Again, press the Enter key two times if you want to keep the empty password. The following similar output will appear after generating the keys. 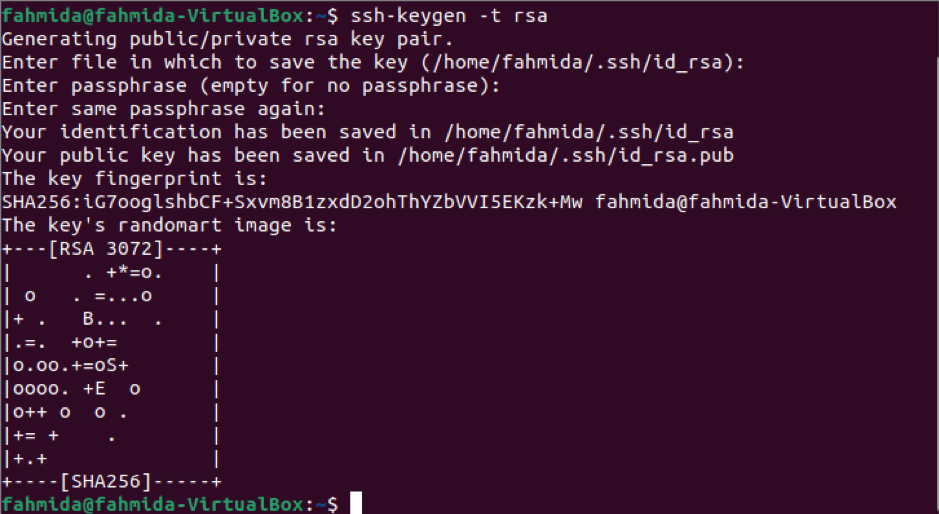 No error will appear if the file is moved properly, like the following image.

You have to set some configuration parameters in the server machine to make the SSH connection without any password. Run the following command to open the sshd_config file using nano editor to set the necessary parameter values.

Set the value of PasswordAuthentication to no to disable the text password option for the SSH connection.

Save and close the file. Run the following command to restart the SSH service.

Run the following command to set the permission bits for the authorized_keys file to prevent unauthorized access of this file.

Copy the Public key in the client machine

Run the following command to create a folder named ~/.ssh in the client machine if it does not exist.

Run the following command to copy the public key from the remote host to the ~/.ssh folder of the client.

You have to provide the password of the username of the remote host for copying the public key to the client machine. You will get the following output if the file is copied properly. The client machine is now ready to make the connection with the server machine using ssh service.