The dd command in Linux is a powerful utility used to copy and convert a file. As in Linux, everything is considered as a file; even your hard disk drives. Hence, dd can also be used for cloning disks and partitions. The dd utility comes installed in almost all Linux distributions.

The dd utility in Linux can be used to:

This post will describe how to use dd to clone a disk in Linux OS. The procedure demonstrated here has been tested on Linux Mint 20. For other Linux distributions, the same procedure can be used for disk cloning.

Note: Before running the dd command to clone the disk to the destination, remember that all the data on the destination will be lost, and you will not be informed about that. Therefore, make sure you specify the correct destination so that you may not lose your valuable data.

The basic syntax of the dd command is as follows: 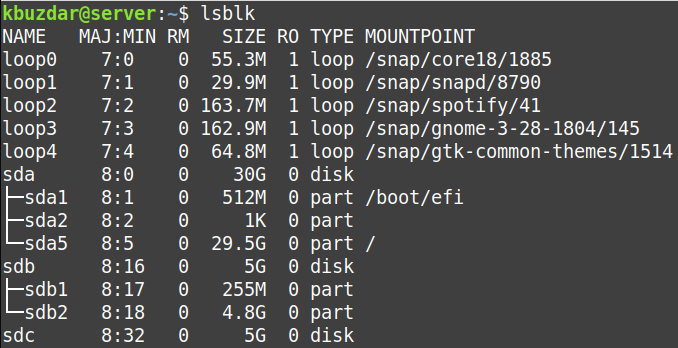 Or you can also use the following command for viewing the disks:

This command tells dd to copy the source disk /dev/sdb to the destination disk /dev/sdc and shows the progress of the cloning process.

Once the cloning process has been completed, you will see a similar output. 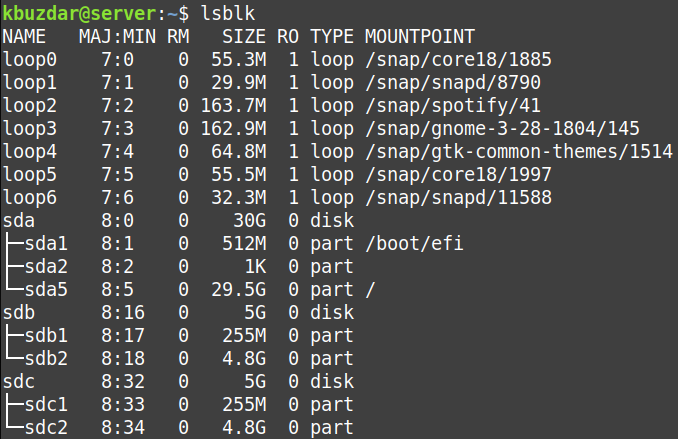 Clone a partition from one disk to another

Using the same above described procedure, a partition can be cloned from one disk to another. However, instead of specifying the disk, you will need to specify the partition you want to clone.

For instance, to clone a partition /dev/sdb2 to /dev/sdc2, the command would be:

That is all there is to it! Using the simple procedure described above, you can easily clone a disk or partition in your Linux system.