It is important to know the version number of the operating system you are running on your machine. You may need this information to download and install the appropriate software package and security patches for your system. Knowing the version number is also helpful for acquiring help from online forums or reporting a bug.

For each new version release, the Ubuntu developers use the year and month of the release as the version number. For example, the latest Ubuntu release – 20.04 Focal Fossa – was released in April 2020.

This article will explain how to obtain Linux version information using the GUI and command line. We have run the commands and procedure mentioned in this article on the Ubuntu 20.04 LTS. In the case of Ubuntu 20.04, “20.04” is the full version number, as the point release 20.04.1 has not arrived yet. 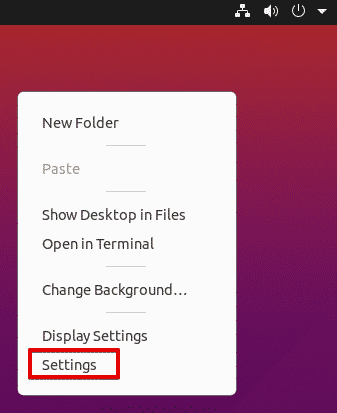 In the Settings utility, scroll down and click on the About tab. 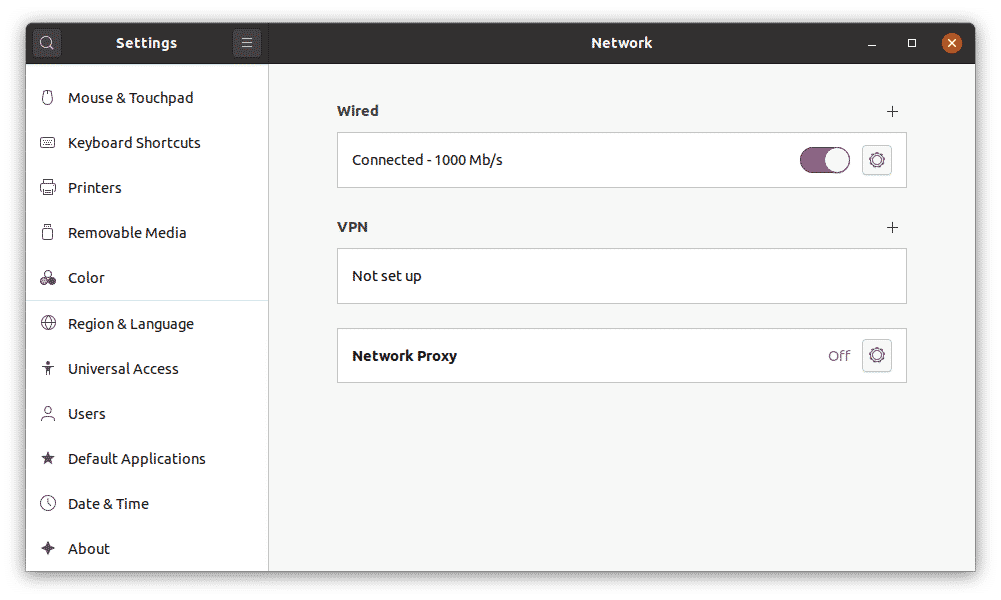 In the About window, you will see the version information in the OS Name line, which is 20.04, in our case. 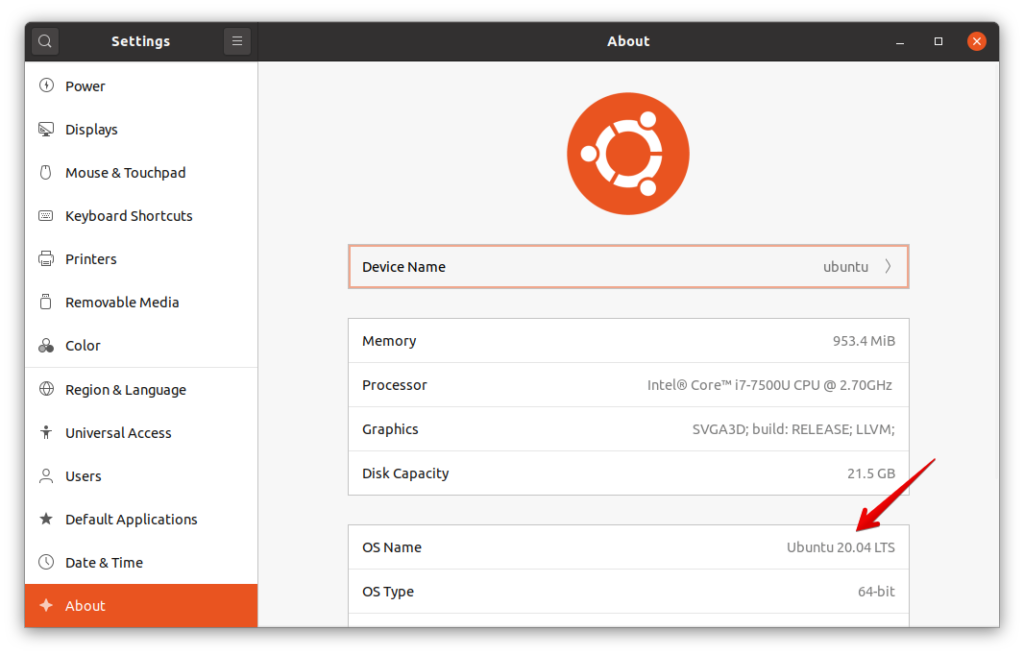 You will also find some other information, such as available memory, processor, graphics, OS type, and disk size.

With the lsb_release command, you can obtain some information about your Ubuntu system, including the version number.

Use the lsb_release command with the –a switch to view the full version information, along with other relevant information:

When you use the lsb_release command with the –d switch, the window will only display the version number.

From the above outputs, you will see the version number in the Description line, which in our system is 20.04.

In the output, you will see the version number of your OS, along with other relevant information.

The hostnamectl command is commonly used for searching and changing the hostname of a system. This command can also be used to check the version of the OS you are using.

Along with the OS version, this command also displays the kernel version, as you can see in the following screenshot.

In this article, we discussed how to check the version of the Ubuntu operating system running on your machine using. I hope you enjoyed the article and found it useful for your needs!