The Raspberry Pi is the king of single-board computers because it offers decent performance packed into a convenient form factor for an attractive price. But its competition hasn’t been asleep while it’s been sitting on the throne.

Update notice: The first version of this article was published in 2020. Since then, several compelling Raspberry Pi alternatives have been released, and the best ones are included in this updated version. 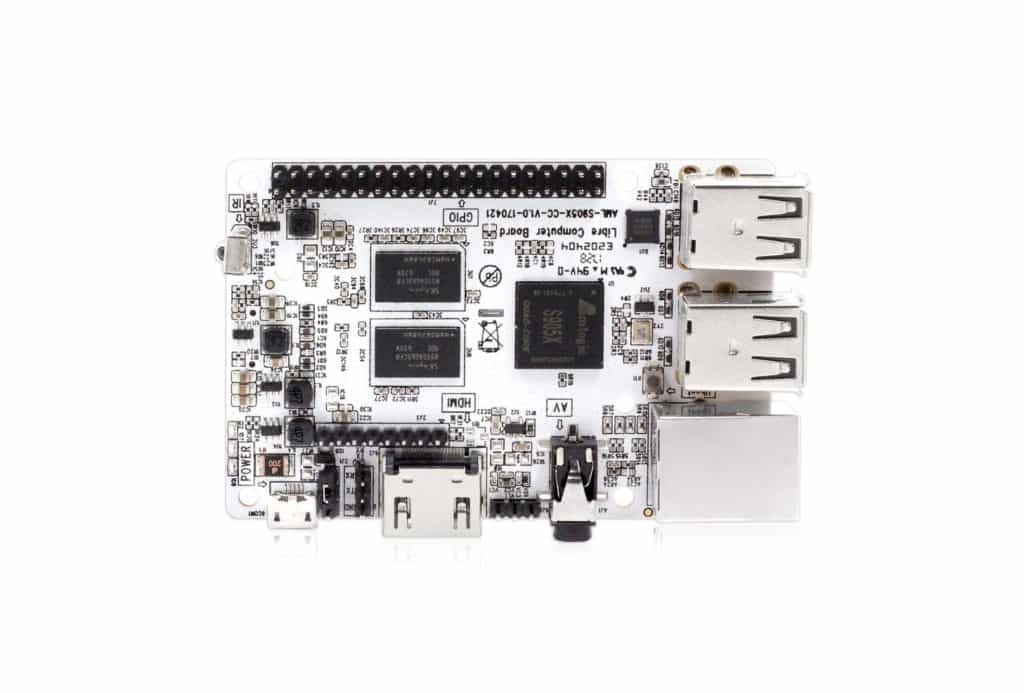 Created by the Libre Computer project, Le Potato is a clone of the Raspberry Pi 3 Model B+, offering pretty much identical form-factor, port layout, and features, with one major exception: HDMI 2.0 support. That’s right; Le Potato can output 4K. It can also effortlessly play H.265, H.264, and VP9 video, making it suitable as the brain of a budget home entertainment center.

The biggest downside of Le Potato is the lack of documentation and community support. While the company has published the schematics and source code for Le Potato, it has yet to create any beginner-friendly tutorials. 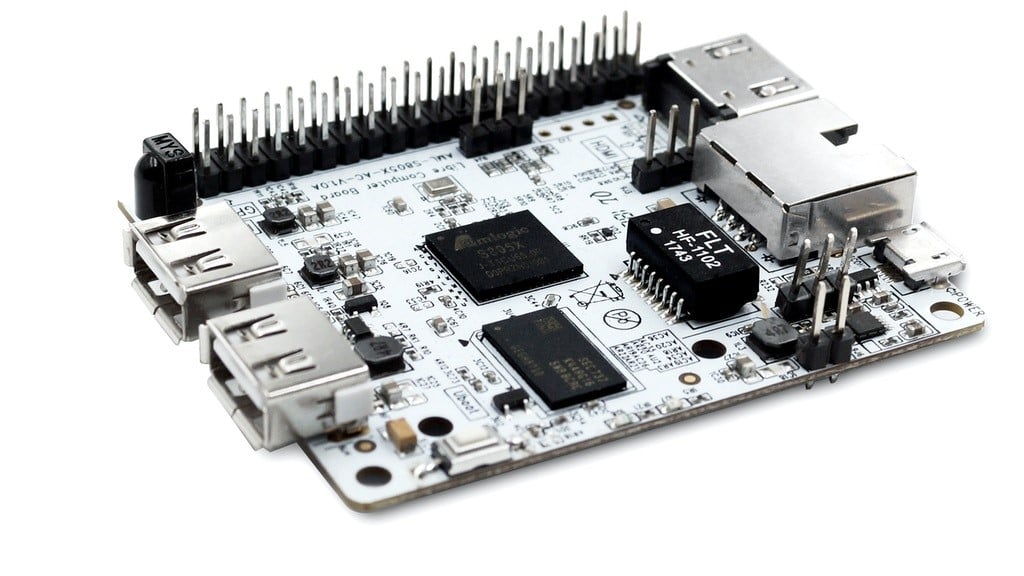 La Frite is another Raspberry Pi alternative from the Libre Computer project. You can think of it as a smaller and cheaper version of Le Potato that’s limited to 1080p video playback (Le Potato is capable of playing 4K video footage).

The board uses identical mounting points as Raspberry Pi 1/2/3 Model A+/B/B+, so there are plenty of compatible accessories. La Frite doesn’t come with an SD card slot to make it cheaper, but you still get four USB ports, an Ethernet port, an audio jack, and HDMI 2.0 port.

The SoC, the board, is based on can handle H.265, H.264, and VP9 streams with HDR metadata, making La Frite suitable as the brain of a digital signage display. 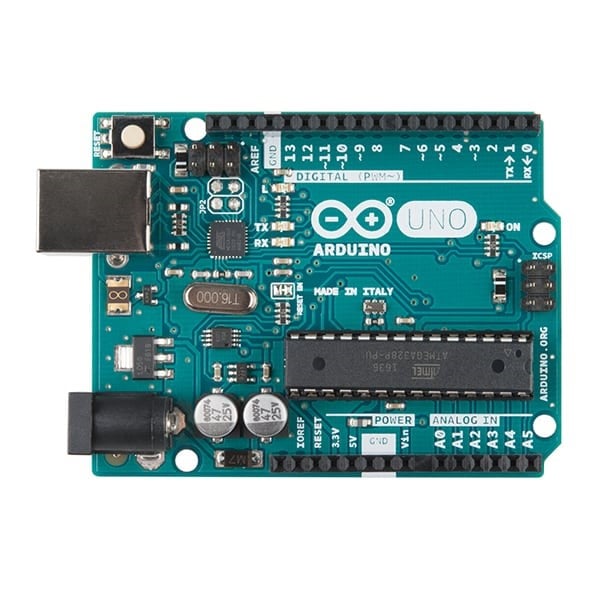 The Arduino UNO R3 is a popular microcontroller and an affordable alternative to the Raspberry Pi for projects that don’t require a lot of processing power or wireless connectivity. Because it consumes between 20 mA and 80 mA, you can power it with a single 1000 mAh battery for around 3 hours.

Just like the Raspberry Pi, the Arduino UNO R3 features multiple input/output pins (of which 6 provide PWM output) that you can use to control actuators, lights, switches, or just about anything else you want.

To tell the Arduino UNO R3 what you want it to do, you can use either the Arduino Web Editor and save your code in the cloud, or you can download the Arduino IDE and run it on your favorite Linux distribution. There’s a wealth of learning resources online, so getting started shouldn’t be a problem for you. 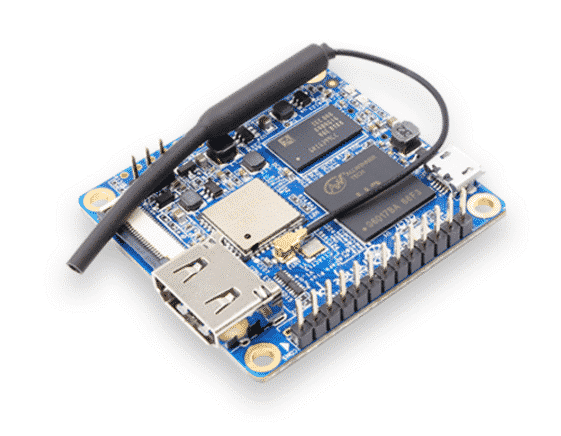 If you’re looking for an alternative to the Raspberry Pi Zero, you need to take a look at the Orange Pi Zero. While not cheaper (after all, the Raspberry Pi Zero costs just $5), the Orange Pi Zero is more powerful and offers a full-sized Ethernet port (limited to 100 MB/s) and a Wi-Fi module with a connector for an external antenna. As such, it flawlessly satisfies the needs of those who are working on IoT projects.

There’s also a full-sized USB 2.0 port, 26 expansion pins, 13 function interface pins, and a slot for a microSD card. Despite all these connectivity options, the Orange Pi Zero measures just 48 mm × 46 mm and weighs only 26 grams. 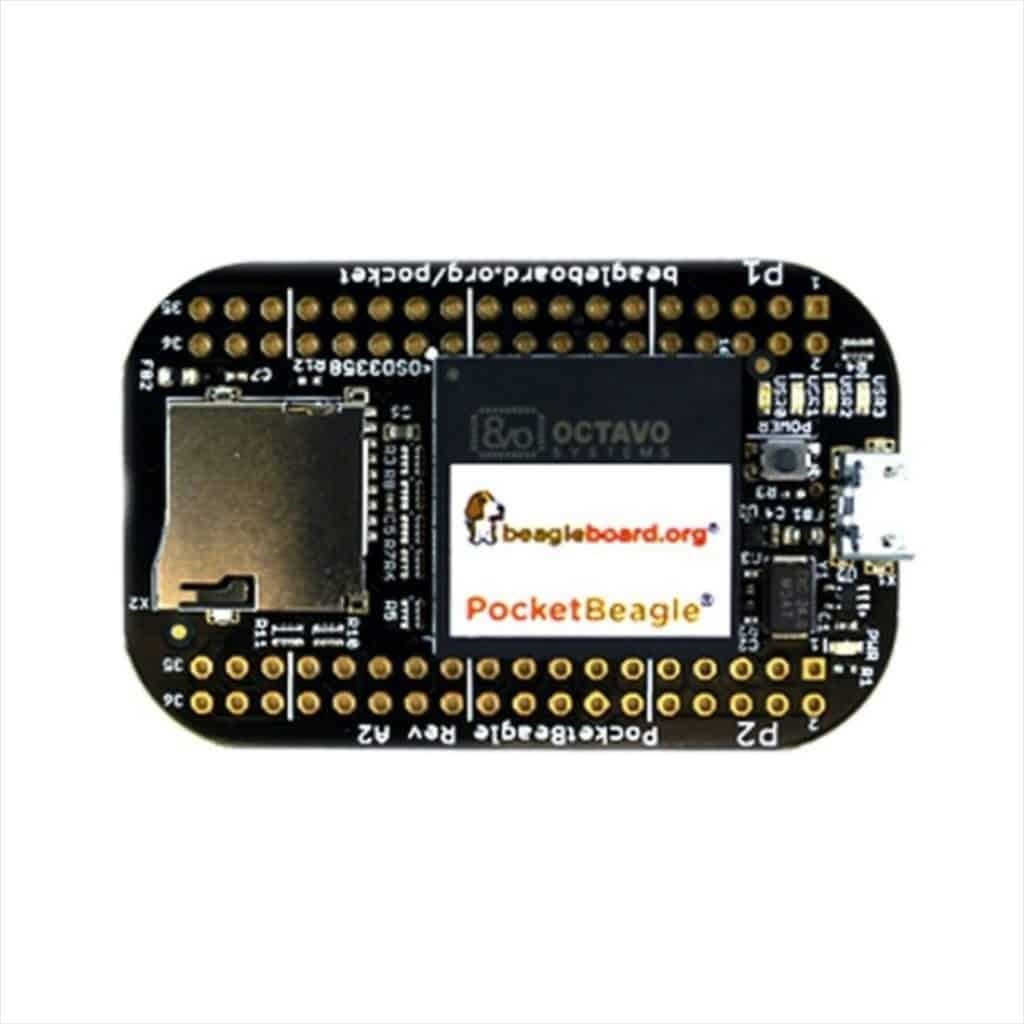 Despite measuring just 56 mm x 35 mm x 5 mm, the PocketBeagle has 72 expansion pin headers with power and battery I/Os, high-speed USB, 8 analog inputs, and 44 digital I/Os. All Raspberry Pi users will appreciate that a Debian-based distribution is provided for it on the official website. All you need to do to get started is download it and transfer it to a microSD card.

The owners of PocketBeagle have used this tiny Raspberry Pi alternative to create robots, drones, DIY Alexa, funny wearable hats with LEDs and built-in speakers, arcade machines, automatic irrigation systems, and much more. Since so much has already been done with the PocketBeagle, you can simply pick up an interesting project and learn by replicating it. 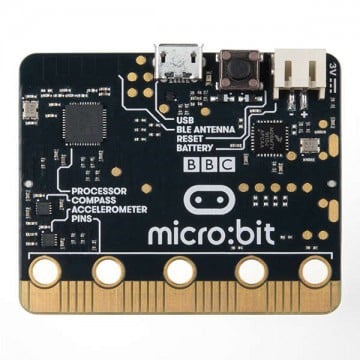 The BBC micro: bit is the best Raspberry Pi alternative for learning. It measures just 4 x 5 cm and comes with an integrated compass, accelerometer, and light and temperature sensors, so you can immediately have fun with it without spending money on accessories. In addition to the two sensors, the BBC micro: bit is also equipped with 25 individually programmable LEDs, 2 programmable buttons, physical connection pins, radio and Bluetooth, and one USB port.

You can use the LEDs to display text, numbers, and even primitive images, trigger code on the device with the two physical buttons, interface with other electrical components with the physical connection pins, create a Rock, Paper, Scissors game with JavaScript that takes advantage of the built-in accelerometer, or use the radio to send messages to other micro:bits.

The BBC micro: bit can be programmed either directly in Python or with the help of the MakeCode Editor, which works with pre-created blocks of code that you can simply drag and drop to tell the device what you want it to do. Many fun programs for the BBC micro: bit published and explained on the official website. Unfortunately, the company behind this innovative single-board computer seems to have abandoned it. 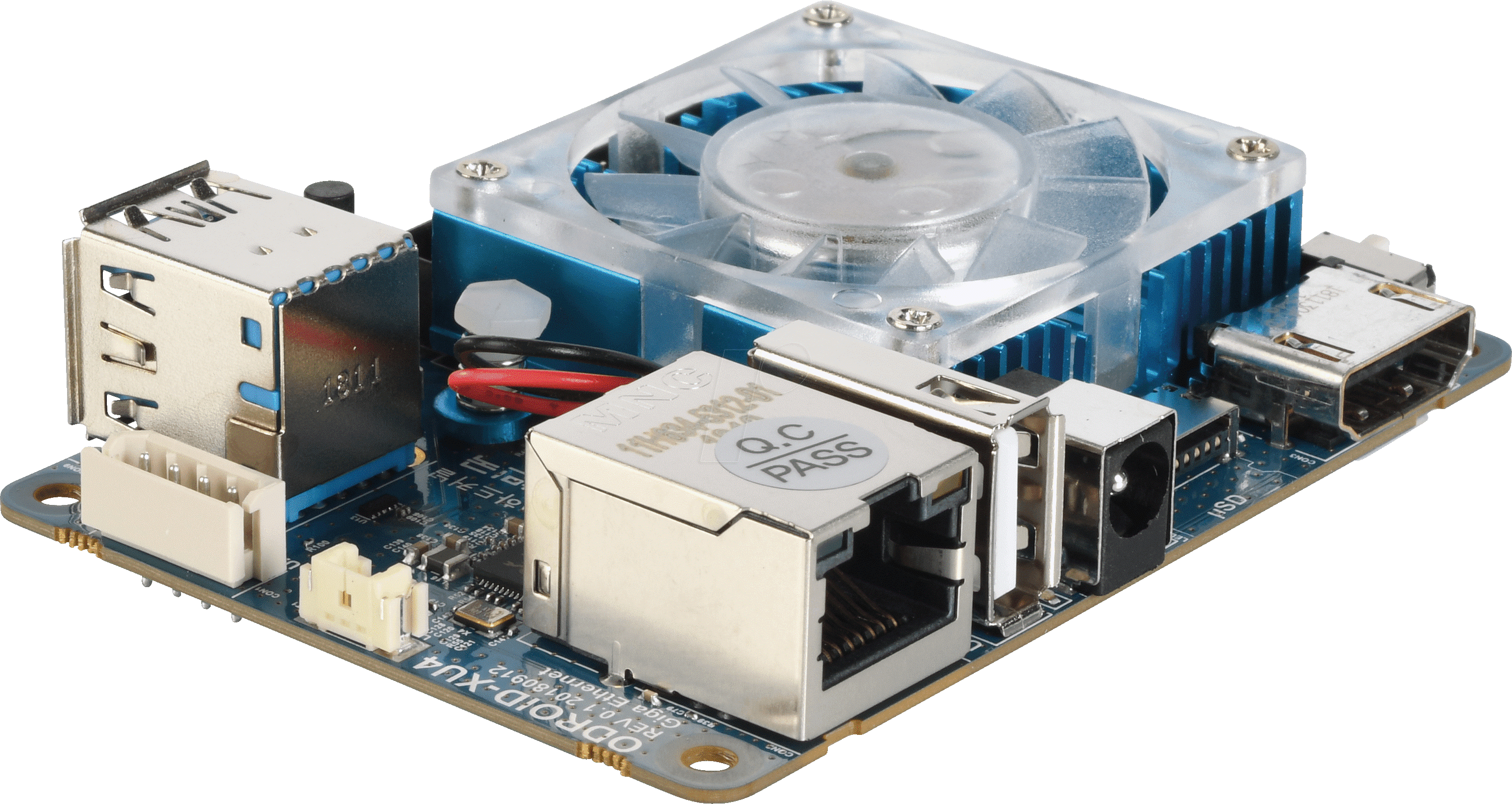 If you’re looking for a Raspberry Pi alternative that offers excellent performance and a Gigabit Ethernet port, then the Odroid XU4 is an excellent choice that can serve you well regardless of if you use it to browse the web, play video games, or develop software applications.

The board is built around a Samsung Exynos5422 SoC, which features four Cortex-A15 cores at 2.0 GHz and four Cortex-A7 cores at 1.3 GHz. Graphics are handled by the Mali-T628 MP6 integrated graphics solution.

In terms of IO, there’s one HDMI 1.4 port with support for 1080p output, one Gigabit Ethernet port, one USB 2.0 port, two USB 3.0 ports, and a 30-pin GPIO header for all your tinkering needs. We like that the Odroid XU4 ships with an active heatsink, which means you have one less thing to worry about. 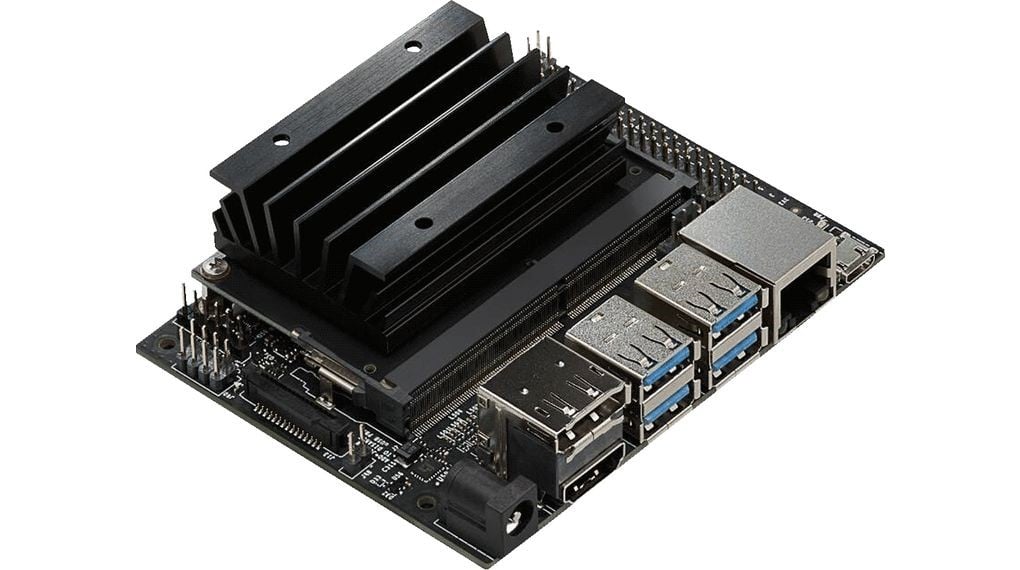 If you’re interested in artificial intelligence and are looking for an affordable single-board computer that would let you learn and experiment with neural networks for applications like object detection or speech processing without causing your electricity bill to skyrocket, then the NVIDIA Jetson Nano Developer Kit is an excellent solution for you.

While more expensive than the latest Raspberry Pi, the NVIDIA Jetson Nano Developer Kit is designed to fill a specific market niche—AI development—and it accomplishes this goal much better than the Raspberry Pi possibly could. 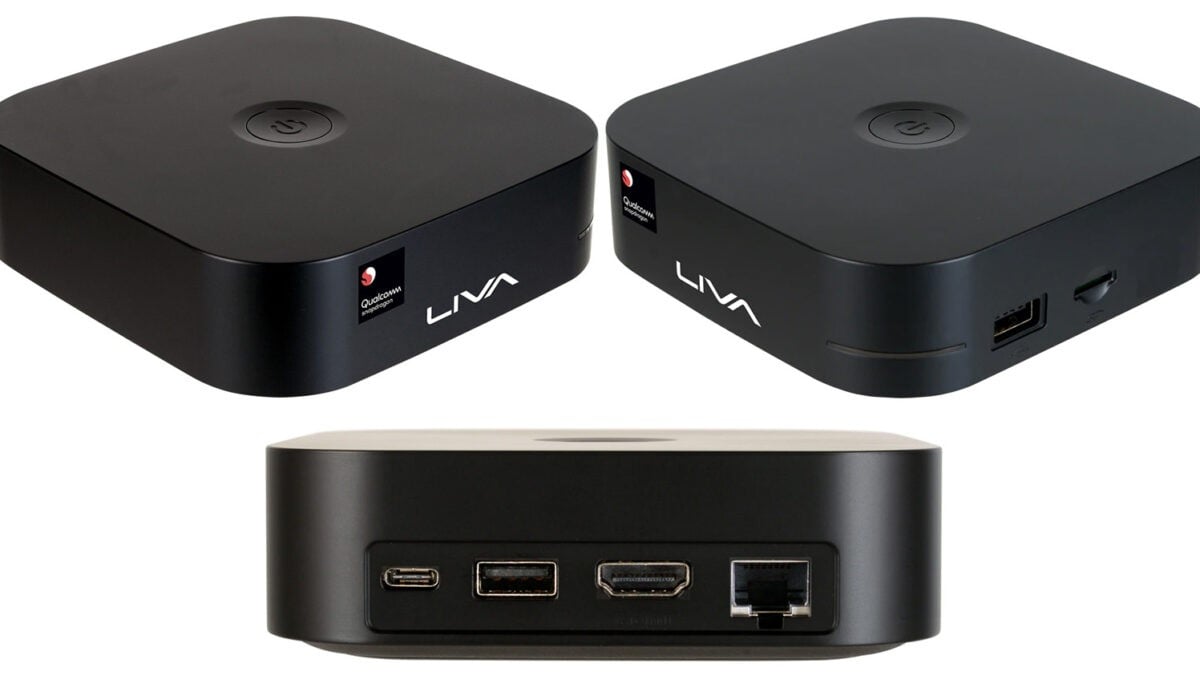 Also known as the Qualcomm QC710 Developer Kit, the ECS LIVA Mini Box QC710 Desktop is an ARM-based ultra-efficient computer that can run the ARM version of Windows 11 and Windows on Snapdragon (ARM) apps.

This compact computer is powered by a Qualcomm Snapdragon 7c Compute Platform, so it offers not just great performance and high efficiency but also extensive connectivity options that include a microSD card slot, HDMI, USB 2.0, USB 3.2 Gen 1, and USB Type-C ports.

You can purchase the ECS LIVA Mini Box QC710 Desktop directly from Microsoft, and, unlike so many other Raspberry Pi alternatives these days, it usually ships within 2-3 days. 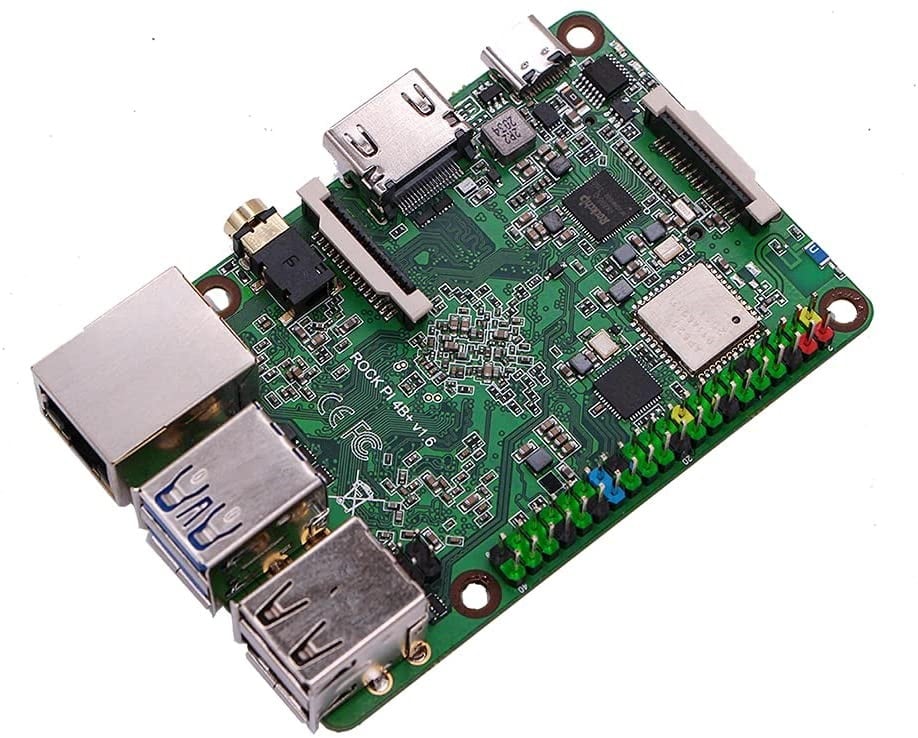 Rock Pi 4 is a single-board computer closely matches the Raspberry Pi layout and feature set. It comes in three different versions (A, B, and C), and we recommend version C because of its Rockchip RK3399 big.LITTLE hexa-core CPU and the Mali-T864 GPU.

Unlike the Raspberry Pi 4, the Rock Pi 4 comes with an M.2 connector that supports M.2 NVMe SSDs, giving you one extra option to add more storage capacity.

Other connectivity options include a 40-pin GPIO interface, 802.11AC Wi-Fi, Bluetooth 5.0, fast USB ports, and a full-size HDMI 2.0 port capable of outputting 4K video footage at 60 frames per second. Overall, the Rock Pi 4 Plus Model C is a great Raspberry Pi 4 alternative that offers a lot of value for not much money.