We use the passwd command in Linux to change a user password with ease. This command replaces an old authentication token/password for a user with a new one and it is stored in Linux system’s /etc/shadow file.

Let’s begin by first exploring how to change a user’s password in Linux via GUI. On the top right of the screen, locate the icons of the battery and other settings. Click on it. A window will open as shown in the following: 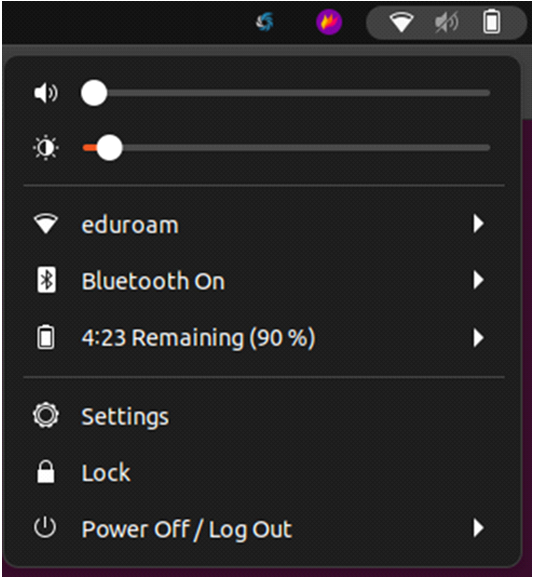 Next, click on the Settings and go to the Users option that is available on the left panel. 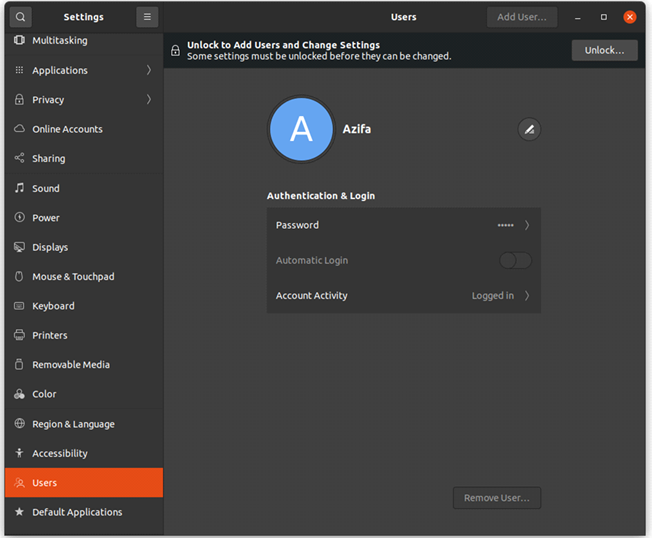 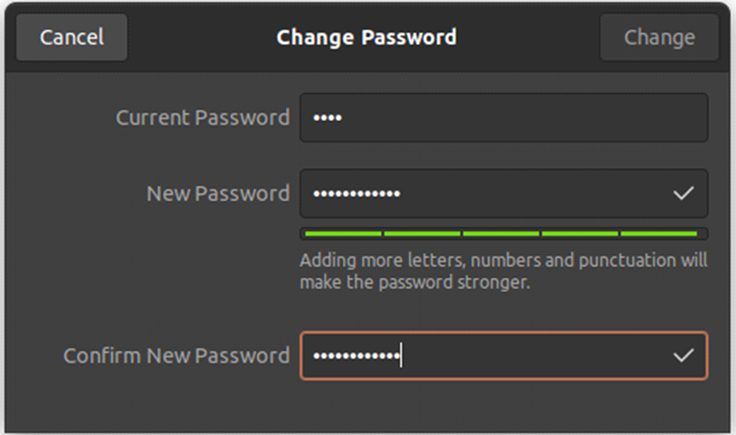 This is how we change a password via GUI. So simple!

Some users are more comfortable with the command line rather than the GUI. This section is for those people!

Let’s see how a password is changed via Linux command line or Terminal.

First, we will see how a user can change his own password. For that, the passwd command is used followed by the username as shown in the following:

Here, the user is azifa and we are changing azifa’s password.

First, the user is prompted to provide the current password. Once it is accepted, the user gives the new password.

In this case, we use the previous command but with sudo:

To change the sudo password, you need as a super user. To do that, execute this command and then provide a sudo password:

You can also directly use the passwd command with sudo. First, you will be prompted to enter the sudo password. Once accepted, you can change the root password as we did before.

This is how we use the Linux command line to change the password.

Today, we explored the different ways where we can change the password in a Linux system. Some users are more comfortable with the Linux command line. However, some like to interact with GUI more than the Linux terminal. We provided a detailed guide to change the password for both types of Linux users. The guide is supported by different examples that will help you learn.