Vue.js is a robust and trendy front-end framework. It is recognized as the combination of two spectacular frameworks, Angular and React, using the templating syntax of Angular and props method of React. It provides the traditional HTML and CSS way to create a component, and it is known for making front-end applications really fast and in an easy way. However, we often have to face some problems and issues or just want some different configuration, so we will have a look at a scenario where we need to change the port number in the Vue CLI project. Let’s start.

When you run a Vue project using the npm run serve command, the port number 8080 is automatically assigned to the Vue project, and it runs on that port number. While running a Vue.js project, the terminal shows the output something like this: 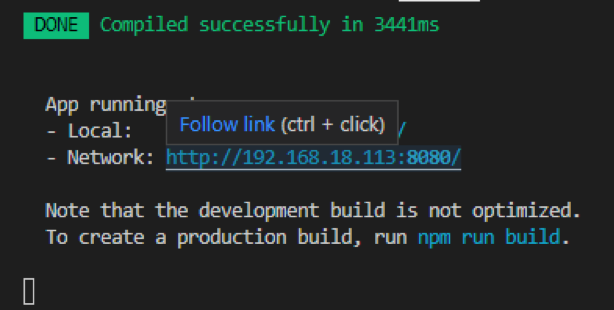 In the screenshot given above, the default port assigned is 8080, where the project is running. In a rare scenario, if port 8080 is busy, port 8081 is assigned to the Vue project, and this is how it continues until it finds the free port number. But, what if you want to change and assign some other port number of your own choice. Let’s see and learn how to change the default Port Number in the Vue CLI project.

Now, when the project is compiled successfully, you can see that the port number is changed to 4000. 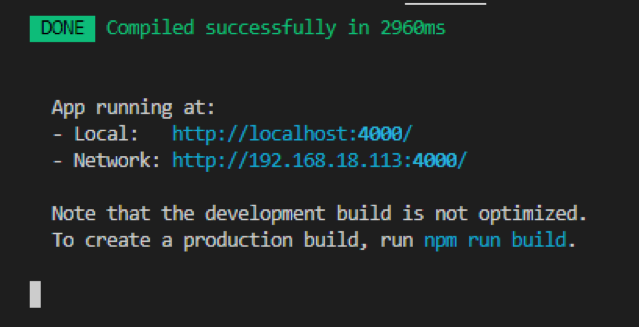 You can witness in the screenshot given above that the Application is running at port 4000, but this port is assigned temporarily until the app is running. Once you terminate the batch and run the project without providing the port to the npm run serve command, then the default port 8080 will be assigned again, or otherwise, you have to assign the port every time you run the application. Luckily, we have another method provided by Vue.js, using which we can permanently change the port number of our Vue project, so let’s go ahead and see how to change the port number of the Vue CLI project permanently.

Step 1: Create a new vue.config.js file at the root directory

First of all, you need to create a new file at the root directory of your project with the name vue.config.js

After creating the configuration file, open it up and provide your desired port number as a key-value pair inside the devServer object in the module.exports as shown in the code snippet below:

Now, start the application using the npm run serve command and without appending any port number.

You will witness that the port number 3000 is assigned successfully, and the application is running on your provided port number in the vue.config.js file. 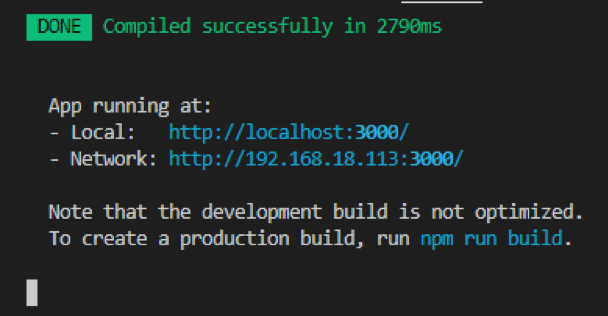 This is how you can change or set the port number of your own choice in the Vue CLI project.

This post has learned two different ways to change or set the Port Number temporarily and permanently in a Vue CLI project and explained in a profound and easy-to-understand step-by-step method.