When we open a boot menu, different options or settings are present there which can be used to configure the boot loader, in this write-up, we will discuss these grub boot options and how to modify them.

How do I change GRUB boot options

We have a GRUB boot configuration file at the path of /etc/default/grub, we can open it with any editor, before opening it, create the backup of this file by using the command:

To confirm the execution of the above command, display the contents of /etc/default/grub.bak using:

To save the changes, update the GRUB using the command:

For convenience we will open it with the help of a nano text editor using the command:

Another option is GRUB_TIMEOUT_STYLE which is in our case set to the hidden, which implies it will not display the boot menu until the boot menu key is pressed, if it is set to “menu”, then it will display the Grub boot menu.

To add the image in the background of the boot menu, download the image of your choice and then copy it to “/boot/grub” using the command:

Add the following line in the file:

Save the file and exit the editor, and update the GRUB boot settings using the command: 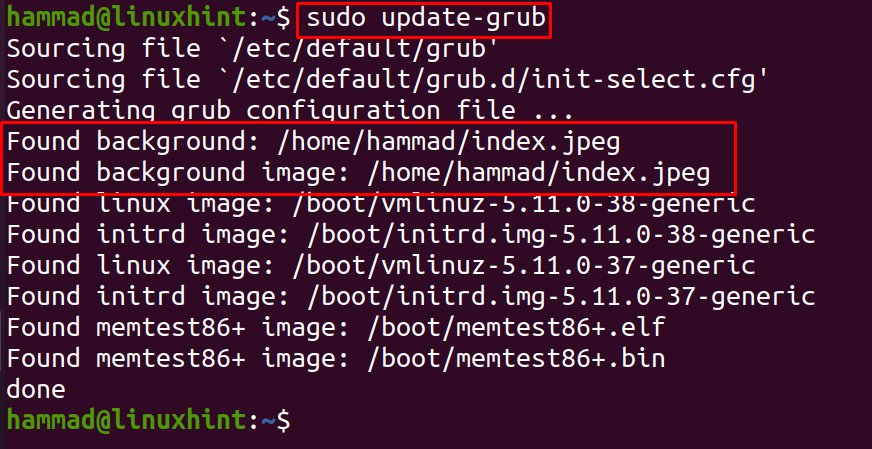 The output is showing that the background image has been added, now rebooted Linux. 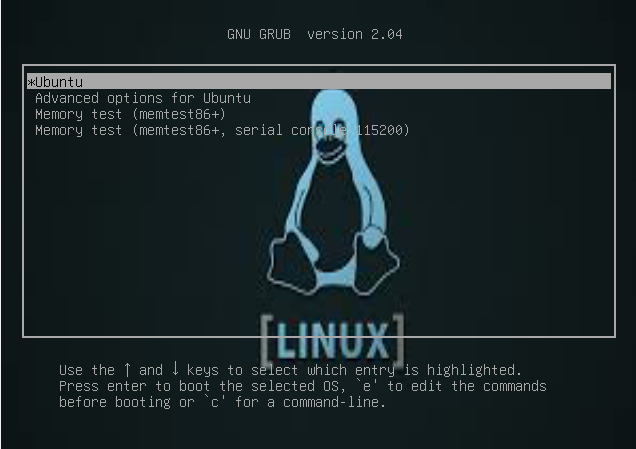 We can see that the background of the GRUB boot menu has been changed.