Why use brk() system call in C

Example to explain brk() in C

In Linux operating systems, GNU nano is a simple command-line text editor. It has all of the fundamental features you’d assume from a text editor, as well as a few more. Upon execution, the file will be opened in GNU editor. Write the displayed code in your file with few amendments in it depending on your work requirements. 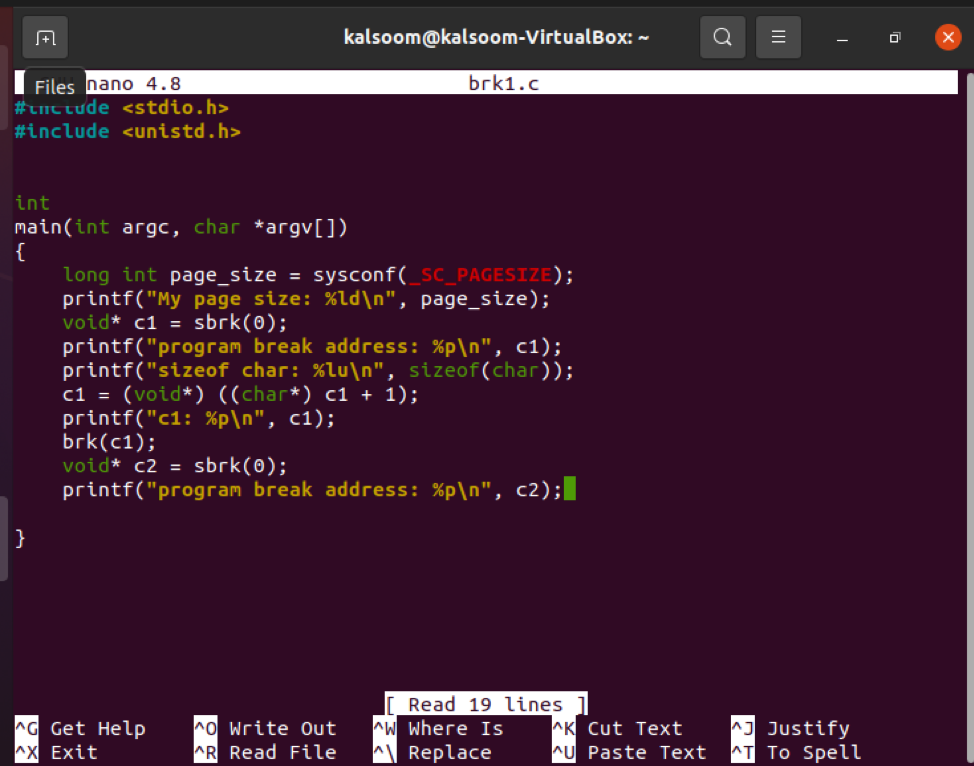 In the code attached in the above screenshot, Argument count is abbreviated as argc, and argument values are abbreviated as argv. These are the variables that are passed to the main function when it begins to run. At runtime, the sysconf function retrieves configuration information. sysconf with the argument _SC PAGESIZE is the correct interface to enquire about page size. sbrk() increases the program’s storage space by increasing bytes. The present location of the program break can be found by calling sbrk() with an incremental of 0. The brk() system call causes the program to break at the end data segment position. The end data segment is rounded up to the next page boundary because virtual memory is assigned in page units.

The output of the code can be displayed by executing the cited below instruction in the Ubuntu 20.04 Linux operating system terminal.

In case GCC is not installed in your Ubuntu 20.04 operating system, install it by running the appended below command in the shell: