Minecraft game comes with many different animals that can give you resources for your growth and getting progress in the game. Some of them are neutral mobs who will attack you if you do the same with them but there are some others who will try to run away from you in fear.

Breeding a Mule in Minecraft

In a nutshell you will need one horse and one donkey together and need to feed them either with a golden carrot or a golden apple. Doing this will start a love mode between them and after that a mule will be born. 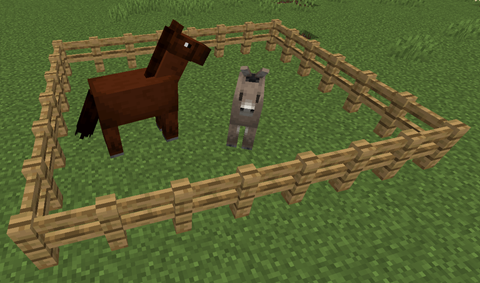 In this section we will be discussing every step-in detail that is needed to breed a mule in Minecraft.

Making of Golden Carrot or an Apple
As discussed earlier that you will either need a golden apple or a carrot to breed a mule, so now we are going to discuss their recipe.

You can make a golden apple using 1 apple and 8 golden ingots and then you need to follow the recipe as shown below.

If you are interested in making a golden carrot, then you can do that using 8 gold nuggets and 1 carrot and place them in a sequence shown below.

Finding a Horse in Minecraft
Horses are one of the most commonly available mob in the Minecraft that you can mostly find in the plain’s biome in herds. Find them is not a difficult task to do, you just need to look around for them until they are found.

Finding a Donkey in Minecraft
Just like the horses you can also find donkey in the plain or savanna biomes as well in herds. 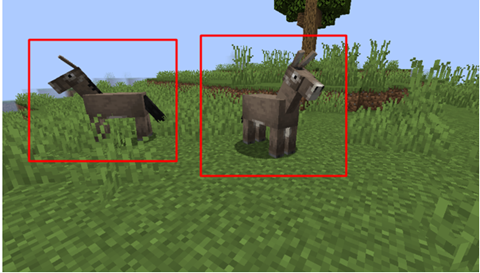 After finding a horse and donkey you can use a lead and can bring these two mob in any enclosed area that can be made from a fence or other blocks so that they can’t go away from you. 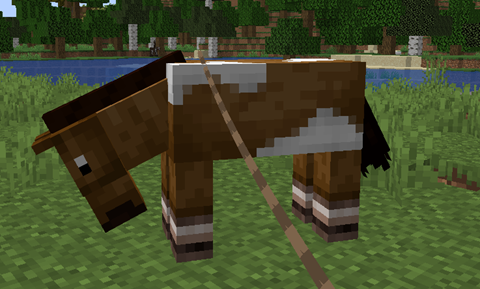 All that left after enclosing them is to feed a golden apple or a carrot to start the breeding process. 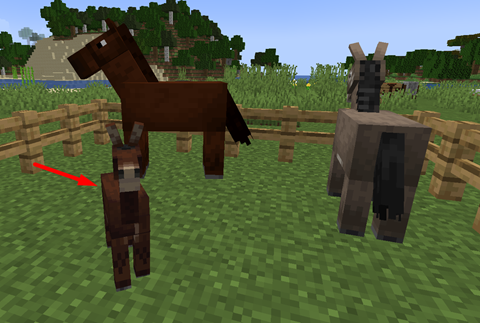 This will be relatively a lengthy process compared to some other breeding mobs and you need to repeat the process many times to tame them and to breed a mule.

Uses of Mule in Minecraft

Riding a Mule: Just like a horse, you can ride on a mule too but this will take some time as you need to try to sit on a mule multiple times as it won’t allow you in the first place. 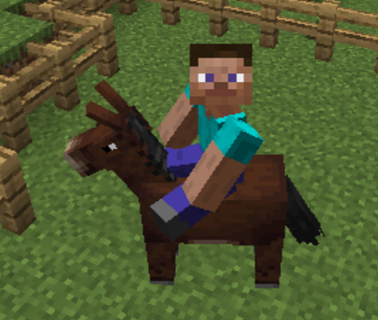 Putting a Chest on a Mule: You can’t put a chest on mule without taming it first. So, once you done that you need to hold the chest in your hand and then right click on the mule which will place the chest on it. This is super useful as riding a mule will not only saves your time due to its fast speed, but you can also store valuable items on the chest as well in your journey. 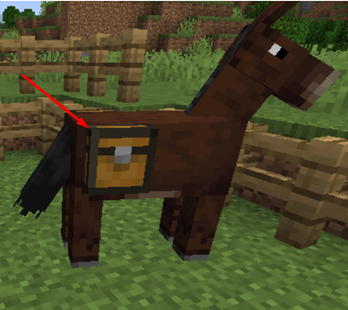 Getting Leather from a Mule: You can get leather from a mule by killing it that you can use to make a leather armor. This is super beneficial especially if you are not wearing any armor before.

Mule is a mob in Minecraft that can be borne by breeding horse and donkey together. You can tame it by trying to sit on it but it won’t allow you in the first try so you need to repeat this process for few times. After that you can ride it to save your travelling time due to its fast speed. You can also attach a chest with it that will help you in collecting items in your journey.