Enhancing the user experience of your website plays a vital part in catching the user’s attention. There are multiple ways that you can use to perform this task. An obvious way is to beautify the overall look of your website and that can be done by adding colors, images, animations on the website. Another interesting thing that can enhance the look of the website is various kinds of shadow effects. In CSS, there are two types of shadow effects which are text-shadow and box-shadow. In this write-up, we are going to tell you all about the box-shadow effect.

For the purpose of adding shadows to various HTML elements, use the box-shadow property. Below we have demonstrated various ways that you can use to add shadow to your HTML elements.

To add a shadow effect on a certain element horizontally and vertically simply give values to both the dimensions of the box-shadow property. Consider the following example.

Here we are simply creating a div element to demonstrate the concept of the box-shadow effect.

Using CSS, we are providing some width, height, padding and background color to the div element. Lastly, using the box-shadow property we have given 9px to both horizontal and vertical dimensions of the shadow. Note that the shadow will have the same color as the text present inside the div element. 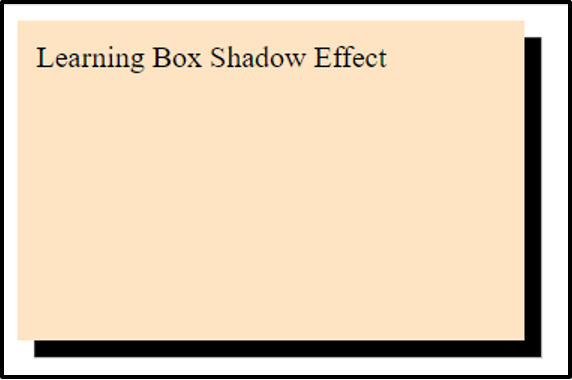 A horizontal and vertical shadow was added to the div container.

Adding color to the shadow

As already mentioned, by default the color of the shadow will be the same as that of the content present inside the element, however, you can change its color by specifying it in the box-shadow property. Use the following code snippet.

Here we have specified the color of the shadow. 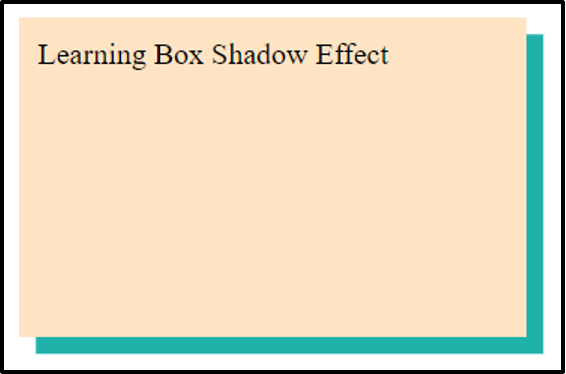 A lightseagreen shadow was added to the box.

Add a blur effect to the shadow

For the purpose of adding blur to the shadow, specify the blur intensity in the box-shadow property. Follow the example below. 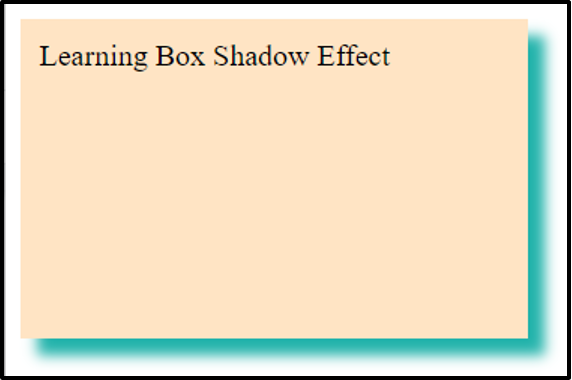 A blur effect was added successfully.

Alter the size of the shadow 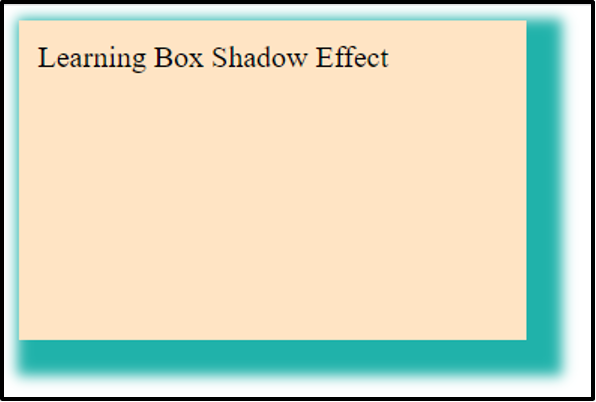 A shadow with a specific spread intensity is applied as desired.

Note: In order to decrease the spread of the shadow, assign negative values to the spread radius.

For this purpose, simply insert an inset parameter to the box-shadow property. Follow the code snippet below:

Apart from defining the size, blur radius and color of the shadow, we have transformed the outer shadow to an inner one using “inset”. 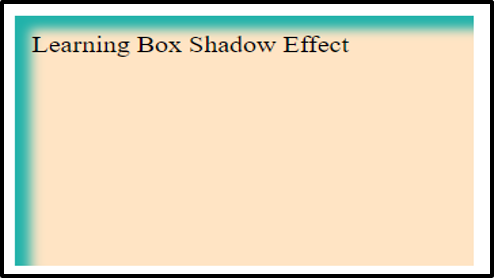 An inner shadow was added successfully.

To add numerous shadows on an element, you can add a list of shadows to the box-shadow property separated by commas. Here is an example.

Here we are adding three different shadows, each shadow having a specific size and color. 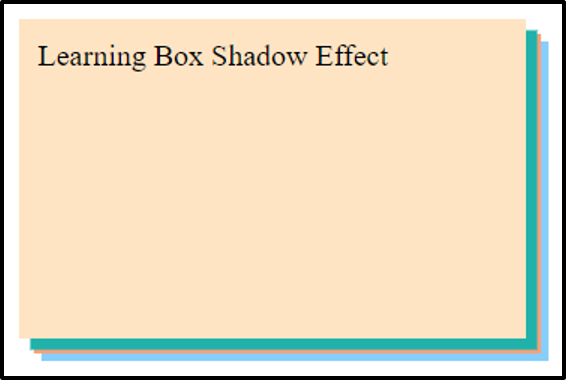 Having the knowledge of spread radius, inner shadow, and multiple shadows you can do another fun thing with shadows. Consider the example below.

In the above code, we are adding two inner shadows on the same element but both the shadows have different positions and colors. 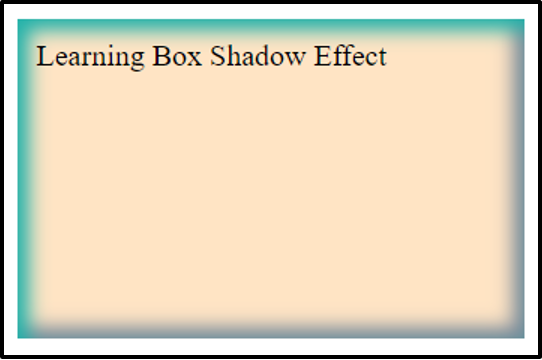