Most text editors are not considered to be an important tool. But, if you look from the developer’s perspective, you will understand its importance. Any type of coding will require an efficient text editor. When we talk about text editors, Notepad++ is the first and the simplest tool that comes to our mind. But, unfortunately, Notepad++ is only available for the Windows system.

But the sad part is, Notepad++ will not work for the Linux environment. But there is nothing to worry about when you can have other alternatives available, offering the same features and functionalities to make your coding life easier. So, once you find the right editor for your coding, you will get many benefits from using it.

If you feel bad about not using Notepad++ on Linux, you can look at the list of various tools available for the Linux system.

Below is the list of various Notepad++ alternatives available in the market for the Linux system. 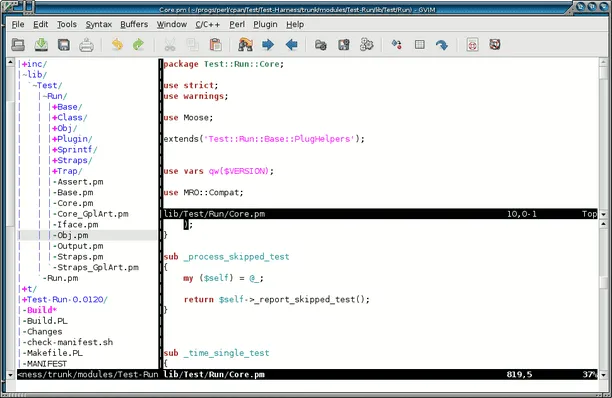 For Linux, Vim is considered one of the best and widely used editors available for programming. Since its introduction in the market, it gets maximum popularity within the Unix community and is well-suited for upcoming developers. Vim is a lightweight, innovative, and extensible text editor, offering various tools and functionalities. Some of its features are multi-level undo trees, a wide range of plugins, several file formats, and integration with third-party tools. In addition, it comes with an easy and simple GUI, providing easy navigation through its interface. 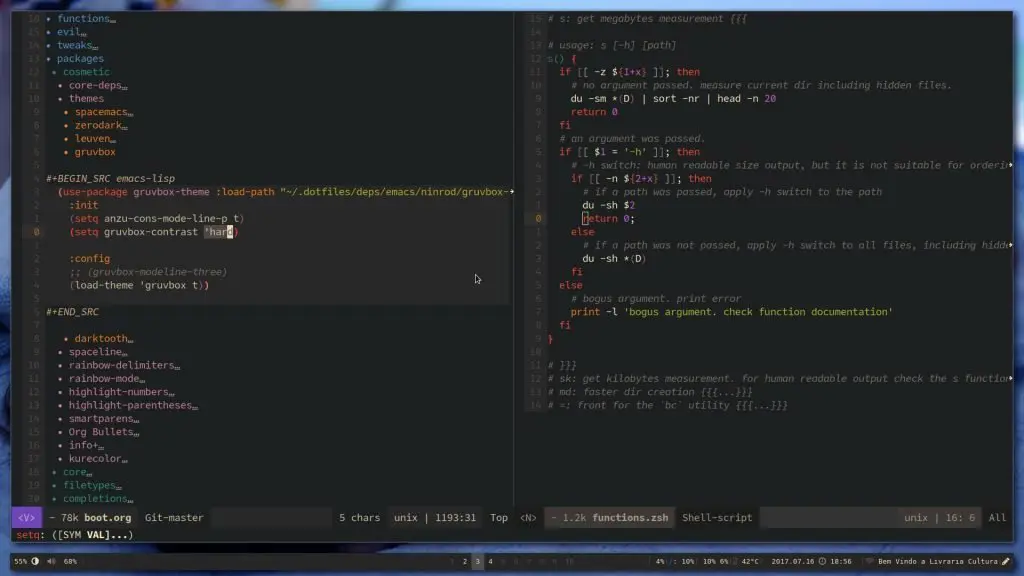 GNU Emacs, also known as Emacs, was developed by famous Unix developers named Richard M. Stallman, Moon, and Steele. It is one of the powerful text editors as an alternative to Notepad++. It is best suitable for Unix programmers. Emacs is widely popular for its flexibility and extensibility for various plugins. In addition, it is a highly customizable and self-documenting editor. This editor is written in Lisp and C languages, providing a simple yet efficient interface with real-time data functionalities. 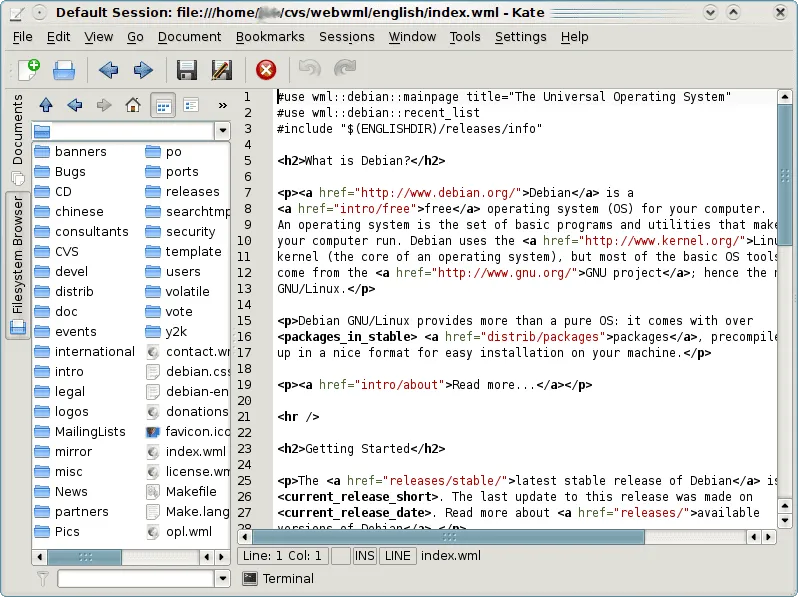 Kate or KDE Advanced Text Editor, developed by the KDE community of active developers in 2001. It is one of the extremely powerful native source-code editors suitable for the Linux environment. Since its launch, it has gained wide popularity and acclaim among Unix programmers, offering robust functionalities and an innovative user interface for development. Kate proves to be a viable Notepad++ Ubuntu alternative in the market. Today, you can use Kate on 25 different Linux distributions, Windows and macOS. 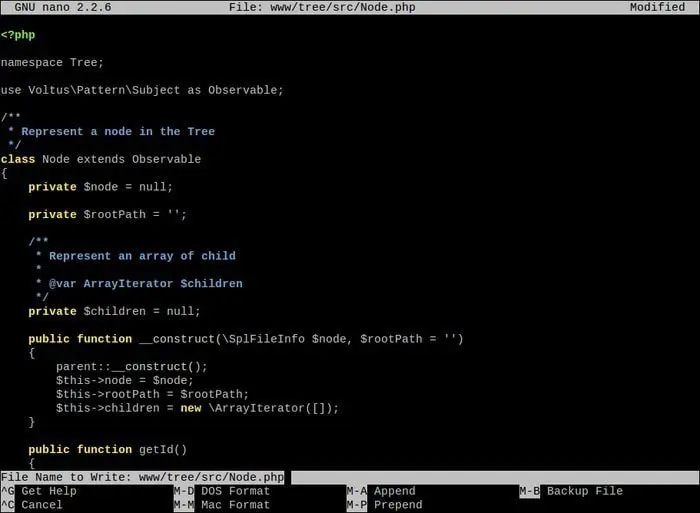 GNU nano is the simplest, robust, lightweight, and versatile text editor and readily available for Linux systems and Unix environments. Seasoned programmers and developers can leverage its powerful command-line editor, helping them to code in an interactive terminal. Unfortunately, it is based on the Pico text editor, which lacks behind due to licensing issues. If you are looking for a better Notepad++ alternative, it is a good choice to make.

Sublime Text is one of the majorly and commonly used Linux text editors available in the market. It offers Linux programmers a wide range of features and functionalities, including keybindings, a robust ecosystem, and an interactive user interface. Apart from this, you will be able to customize the settings accordingly. Moreover, you can avail this editor free of cost. 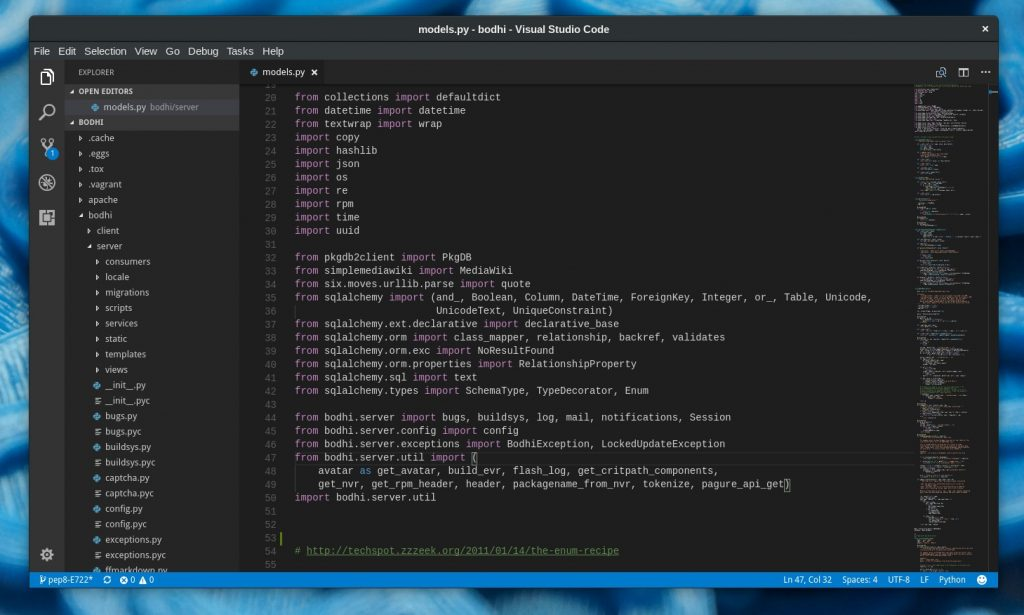 The Visual Studio Code is one of the latest text editors available in the market, specially designed for Linux programmers and users. It is developed and maintained by Microsoft, having a strong and active community. It is open-source, simple, and is widely used as an alternative for Notepad++. It has a robust source code with an interactive user interface providing an amazing set of features. VSC is written in JavaScript and provides a free binary for many systems. 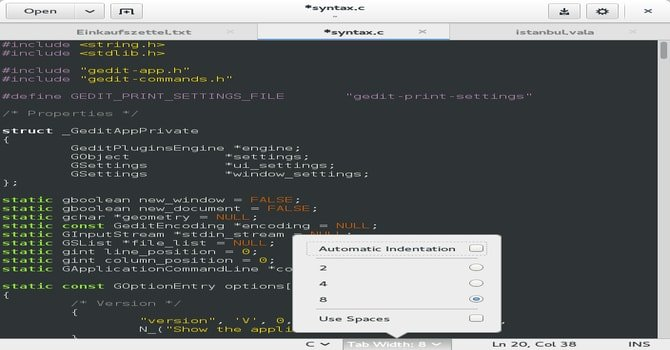 Gedit is one of the lightweight and efficient code editors available as an alternative to Notepad++. It is best suited for various systems like Windows, macOS, Linux, and BSD distributions.

You will be able to leverage its extensive support for external scripting, various tools, and snippet completion. Apart from this, you will get many other basic everyday tools, features, and functionalities. Also, you will get a chance to enjoy its pre-built supports for various remote file editing protocols like FTP, HTTP, SSH, and WebDAV. Of course, if you use the Ubuntu system or any other GNOME-based systems, you may already have gedit installed in your system. 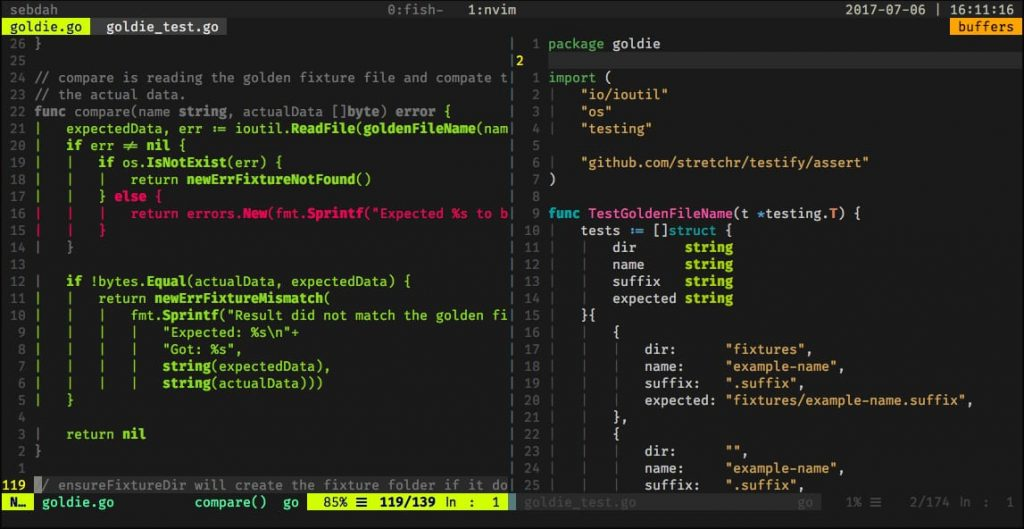 Neovim is a modern alternative to Notepad++, especially for Linux users. It commonly emphasizes a wide range of plugins, offering seamless integration with third-party tools and IDEs. This editor has been widely recognized and is popular among developers. An active group of community members helps in developing and maintaining this tool. It is compatible with any distribution of Linux and BSD, along with providing support for Windows, Mac, and Android systems.

You can avail of its various features like syntax highlighting, bracket matching, and remote editing of the file. Moreover, you will be able to extend its source code with the help of various programming languages. 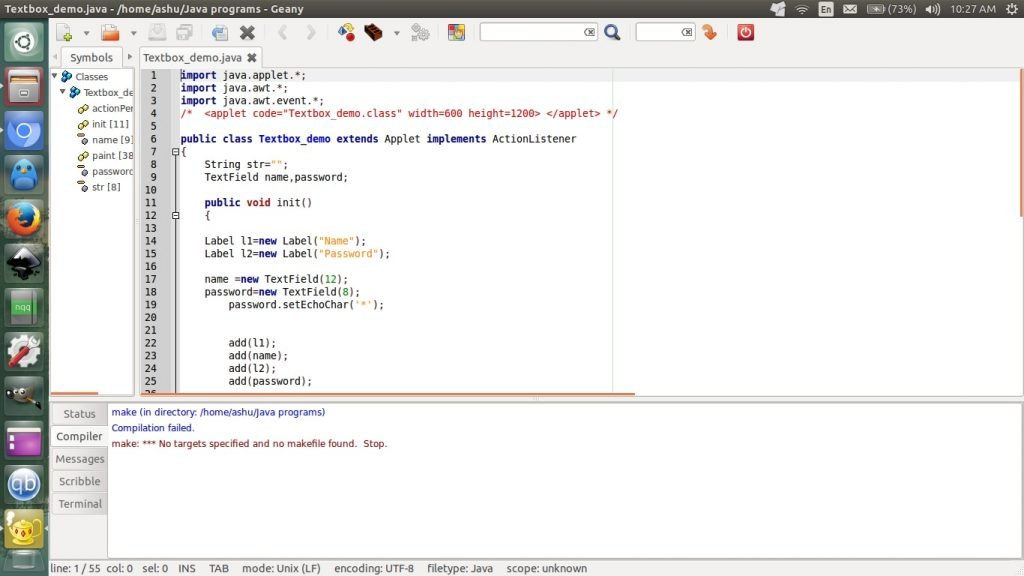 You can use Geany as your Notepad++ alternative when working on the Linux environment. It is a powerful editor offering a wide range of plugins, tools, and functionalities, removing your dependency on Notepad++. It offers you an innovative source code editor with the facilities being offered by many IDEs. You can use this editor for heavy coding with an amazing coding experience. It will remove the dependency on the external packages and ensure better performance with fast loading times. 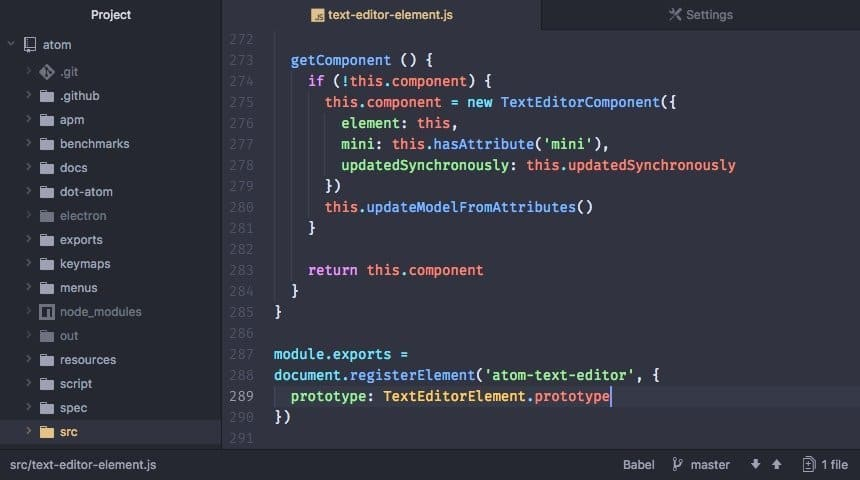 GitHub introduced this editor for Linux developers and programmers. It is created using web-based technology like Node.js and Electron. You can run Atom on various systems without any hassle. You can leverage the benefits of its innovative and user-friendly UI. It is highly extensible and comes with support for various plugins for adding new functionalities. You can use its amazing themes and other out-of-the-box features. It may be slower than Notepad++ but is a perfect solution for Linux users.

Text editors are an important tool or software from a developer’s perspective. Each developer has their coding style and may choose different editing tools for their coding. If you are a Linux user, you get through this article to learn various Notepad++ alternatives to help you with coding.

We have mentioned various free editors that you can easily adopt on your Linux machine and enjoy coding. Feel free to try what suits your project the best.