While some may argue that the Crypto gold rush has died off, this is only for the time being. Things are expected to get back on track in the near future. Crypto mining remains a profitable business if you manage to get the best mining rig, have low electricity costs, or get just the right combination of the two.

This is because it is almost impossible to mine profitable Crypto with your computer. You will need specialized equipment called mining rigs (ASICs or GPUs). ASICs are specifically designed for one purpose only: to effectively mine Cryptocurrencies. This article introduces you to the top five best mining rigs available in the market today, followed by a buyer’s guide section to help you make an informed purchase. 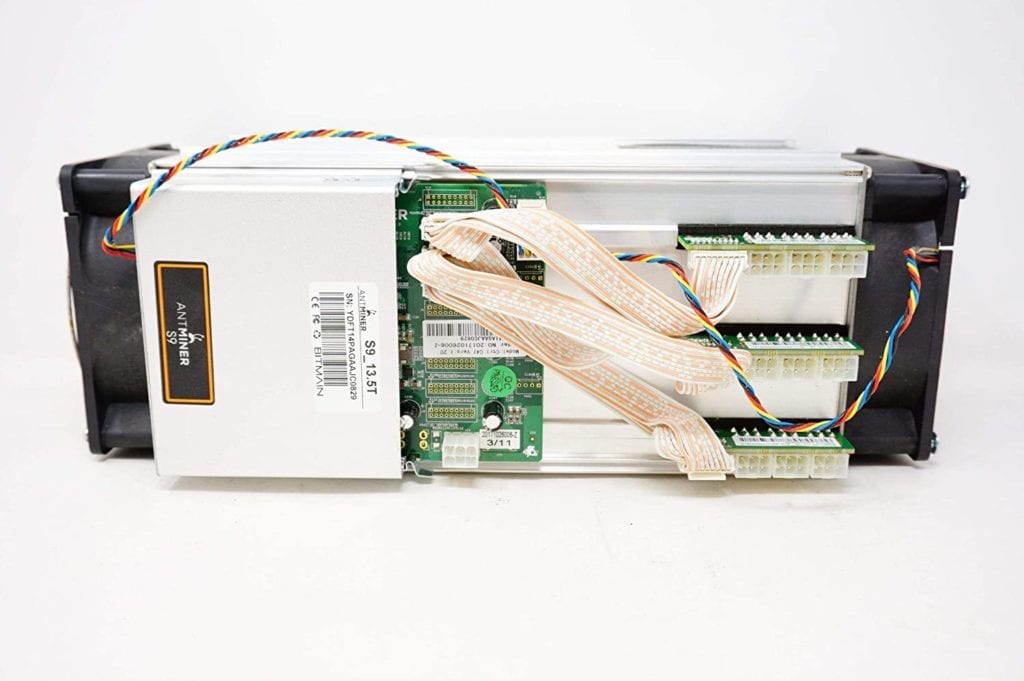 The Antminer S9 is a powerful, yet cost-effective, SHA-256 miner created by the Chinese manufacturer Bitmain. Even though Bitmain recently released the Antiminer S19 Pro, S9 retains the top spot due to its efficiency and affordability. In this regard, this model even beats the Antminer S17!

The S9 has a Hashrate of 13.5 TH per second with a +- 5% variation. Plus, its power consumption of merely 0.1 Joules per Gigahash makes this model roughly 2.5 times more energy-efficient than the previous Antminer S7. The higher energy efficiency is due in part to the 16nm fabrication process, which utilizes smaller semiconductors.

The best thing about the S9 is that it is a self-contained unit, meaning that this device does not require a connection to another PC to interface with other Bitcoin nodes. Moreover, the onboard web management portal makes for a simplified, straightforward setup. Maintenance is also easy, as the device is air-cooled with two fans. You can keep this device in a well-ventilated area alone, or with hundreds of others in a mining center.

The only downside of this ASIC is that it does not come with a power supply. The manufacturer recommends an APW3 power supply, but you can also use an EVGA SuperNOVA PSU power supply if you already have it. 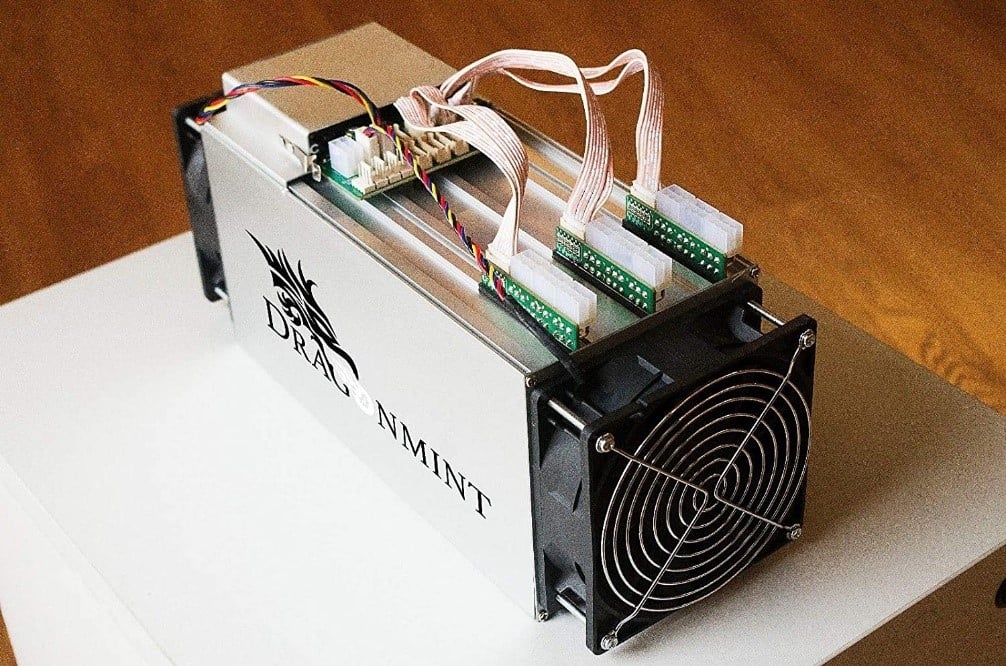 The DragonMint T1 has one of the highest hash rates among other bitcoin miners, at 16 TH per second. With an energy consumption of 1480 watts (nearly 0.075 joules per Gigahash), this model is a beast of a machine and certainly an efficient one. However, the higher price tag may deter beginner investors.

The ASIC-powered DragonMint T1 with DM8575 chip comes off as a powerhouse in this category. Rather than 100, the recommended power supply for this model is 208-240 watts. The unit also holds the distinction of sporting certifications, such as LVD, FCC, EMC, and CE, but it seems like there are no plans on the horizon for any UL certifications for this device.

To ensure that the equipment does not overheat (above 77 degrees Fahrenheit), this model comes with two 1480W fans at 240V. Each fan is a 9-blade variable 4560 rpm (equivalent 6000 rpm) at 100 W. These fans have an airflow of 206CFM, which makes them more than capable of keeping the temperature well below the limit.

If you are fully committed to mining and have low electricity costs, the DragonMint T1 should be your first choice. Its powerful and efficient 16 TH per second hash rate will definitely satisfy your needs. However, it takes some time before you start seeing those positive ROI numbers. 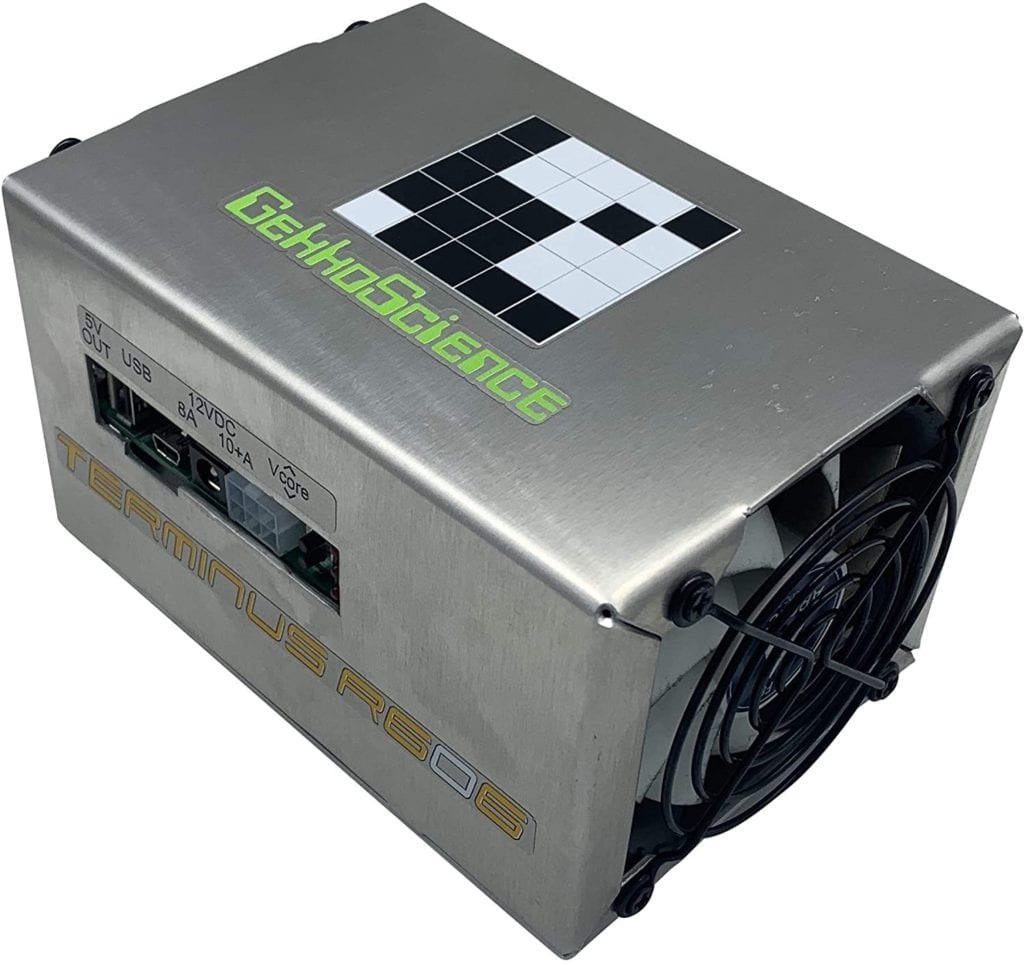 This lesser-known miner is an interesting economical option for those looking to upgrade their USB Stick miner pool without disrupting their monthly budget. The stock speed of this model is 700 Ghs, which can be overclocked to 1 Ths. Terminus works like a charm with Windows, Mac OS, Ubuntu, Linux, or Raspberry Pi.

To get this device working, simply plug it in, add the switches for CGminer as directed, and you are all set. The device comes enclosed in an aluminum shell. A heat sink and fan combo ensure that the temperatures remain within the working limits, even when overclocking the device.

The miner requires a 12V 8-10A power supply (not included in the package). You can connect the power through a 2.1×5.5mm barrel jack or utilize a 6-Pin PCIe connection. Unfortunately, this is a SHA256 miner, which means that you can mine only SHA256 coins, like Bitcoin and Bitcoin Cash. This device will not mine other Cryptos, such as Etherium and LiteCoin.

Overall, Terminus works great when used in a pool. It has a decent hash rate and comes at a very economical price. If you are looking to upgrade your mining capacity from a USB stick miner, Gekkoscience Terminus is the way to go, as it is one of the best mining rigs available. 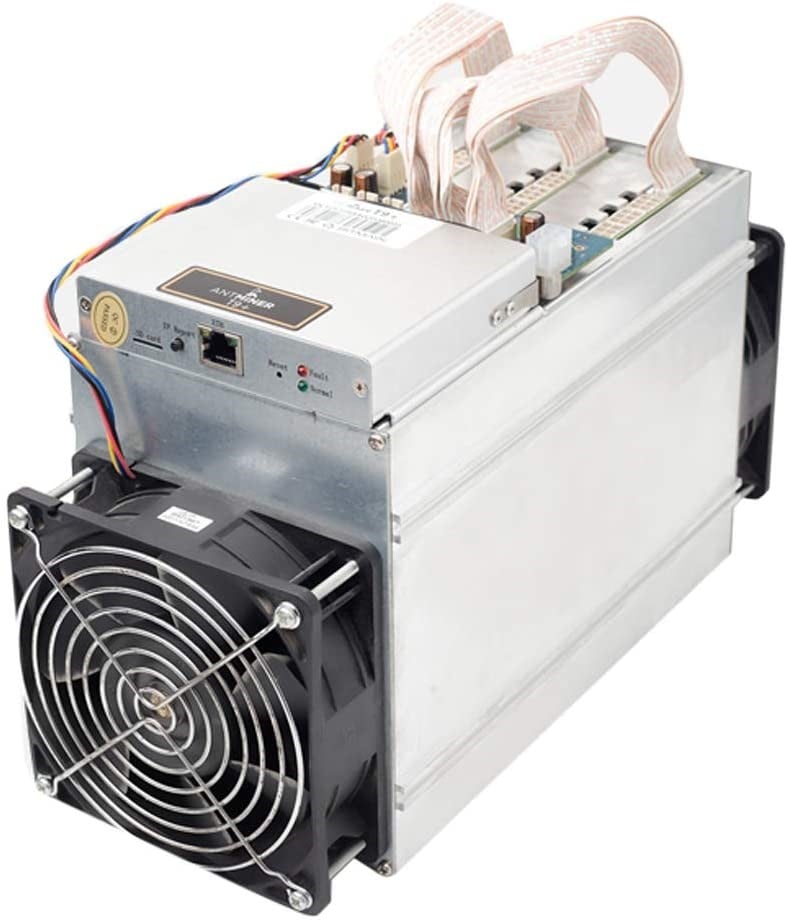 With a hash rate of 12.5TH per second and a power consumption of 1,576 W, the Antminer T9 is less powerful and energy-efficient than the Antminer S9, but it is considered the more reliable option. The reason for this is the higher quality modified chips offered by the T9+ compared to the S9. So, this device is much more stable and does not burn out as fast.

The T9 is also a self-contained miner, which means that you do not need a host computer to start mining. This model has an easy-to-use web interface, and you can set it up easily, even if you are just starting out with Cryptocurrency mining rigs.

The T9 requires an APW3++ power supply on a 220 Volts out. This device is also compatible with the more expensive EVGA SuperNova 1600 G2. The power supply is sold separately, so you will have to shell out some extra money to get this device into working condition.

That said, this model is relatively noisy and often gets hot. Sometimes it needs to be vented outside. That said, the T9 is designed for stability, reliability, and longevity, and it definitely delivers in these areas. 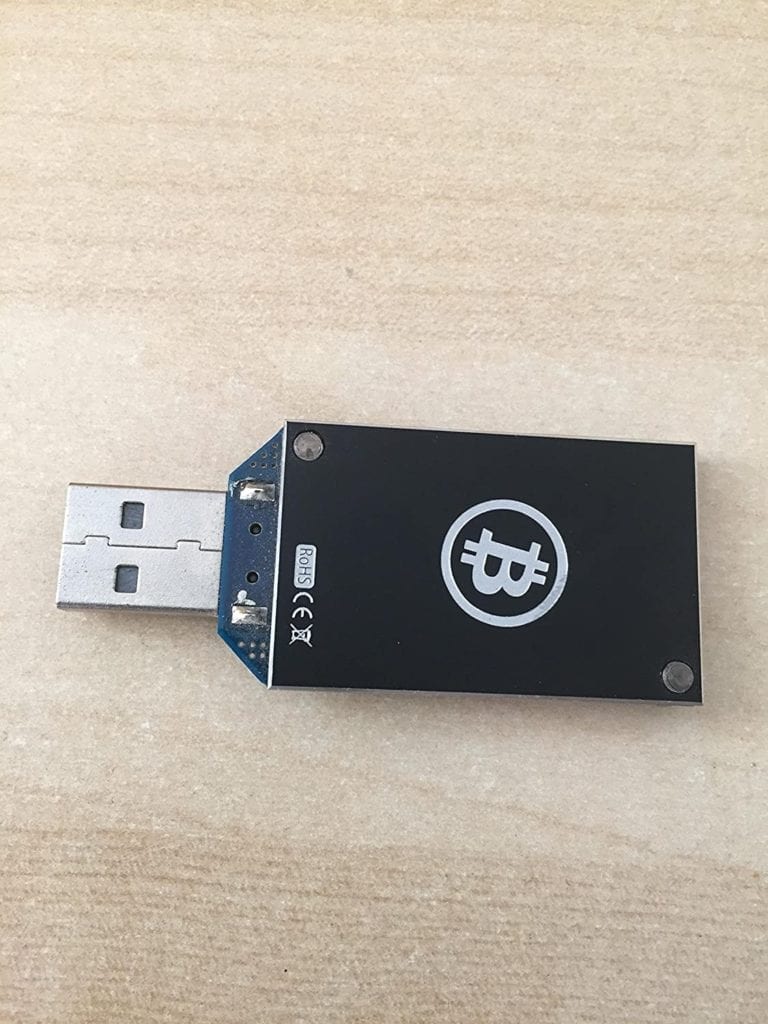 The ASIC Block Erupter USB has a consistent theoretical hash rate of 330 MH per second. However, this means that you will never make a profit at the current Bitcoin rate, unless you use around 20 of these devices in a mining Hub.

The Block Erupter works great right out of the box, with minimal setup time. By using Bitminter, you can simply plug-and-play. The USB itself does not produce much heat, but watch out if you are running the device for extended periods, as it will become hot eventually.

Like the Gekkoscience Terminus mentioned earlier in this list, this USB miner works only with the SHA256 hashing algorithm. This means that you can mine BitCoin, but forget about mining other Cryptocurrencies, such as Ethereium, which uses the SHA3-256 variant known as Keccak-256.

The ASICminer USB Block Erupter is perfect if you are just testing out Cryptocurrency mining, or if you need a little hashing power and do not wish to empty your pockets. If you can afford to buy a few dozen of these little machines, you can create quite the mining farm on the cheap.

Naturally, as with any purchase, there are quite a few things to keep in mind. In this case, there are two considerations that truly matter: Hash Rate and Energy Consumption. We will discuss these in the following paragraphs.

The hash rate of a device defines the power of the mining rig. This factor tells you how many calculations your rig can do per second. The higher the hash rate the better a device is for mining Cryptocurrency. However, higher hash rates obviously demand much more power, which results in higher electricity charges.

The second major factor to consider is energy consumption, or how much energy your unit consumes per hash (profit). We have mentioned energy consumption details in the reviews section. It is recommended to strike a balance between the power supplied by your mining rig and its power consumption.

You should also keep an eye out for the working temperature of the mining rig. Usually, the best mining rig comes with dual cooling fans: one at the top, and the other at the bottom. You can also purchase a separate cooling unit if your rig is overheating. Do not invest in cheap models. It is better to be safe than sorry.

If you are building a supercharged, hardcore mining rig, your power supply must be a match. Nevertheless, in most cases, a medium level power supply capable of providing 200 to 240 Volts of power can do the job reasonably well.

ASICs cost anywhere from a hundred bucks up to $10,000. In an effort to stay competitive, some manufacturers have introduced low-cost, affordable options, such as the Antminer S9, which is quite an affordable option.

That is just about it. Keep in mind that the profitability of a rig depends on the current exchange rate and electricity cost. So, the profitability of even the best mining rig will fluctuate between profitable, not so profitable, and bleeding-budget. We hope you will put this knowledge to good use when making a purchase. It takes some time to build the perfect mining rig, so do not stress out if the process goes wrong the first few times. We wish you all the best in your Cryptocurrency mining ventures. Thank you for reading!