A blender is a versatile tool for 3D creation. Blender has an entire pipeline of 3D graphics and visual effects creation. A blender is a robust software for modeling, sculpting, shading, compositing, and animation. Astonishingly, you can get it without spending a single buck. Being open-source, it allows the developers to create add-ins and plugins which helps the hobbyists and professional users in creating 3D graphics. 3D visual effects and modeling have become significantly important in both high and low budget productions.Blender is incredible software if you have the right workstation. Blender viewport is not demanding but when it comes to rendering things get a little different. This article will cover the ins and out to develop a workstation for Blender.

Before building the workstation for Blender it is important to look that how the Blender uses the hardware.

Blender is capable of doing many things, It has dedicated tabs or modes for modeling, sculpting, animation, and shading, etc. The versatility of the software makes it quite complex to pick some specific items to build a workstation for Blender.

3D modeling is the most expensively used mode of Blender software. Blender divides the 3D modeling workload between CPU and GPU. For modifiers, shapes, and Python modules Blender usually uses CPUs, while for visual effects, geometry, and viewport rendering Blender tries to use GPU. This approach makes Blender quite flexible software, if you like low-poly 3D modeling then this configuration is perfectly fine, but for high-poly, Opensubdevision, and parametric 3D graphics you need a powerful workstation.

Sculpting mode in Blender is another hardware intensive mode. Sculpting needs a lot of RAM. Because complex sculpting requires millions of faces to process and needs a lot of memory.  If you are a sculpting enthusiast then an ordinary workstation would be of little use.

There are two rendering engines in Blender.

Because of its realistic, high-quality results, cycles rendering engine is used in high budget productions like “Man in the castle” and “Next Gen”. If you have a powerful GPU then Cycles will render faster compared to CPU.

Eevee is a lightweight rendering engine introduced in Blender version 2.8. First of all, Eevee cannot be compared to Cycles, because this engine cannot achieve the fidelity of Cycles. It is a GPU based renderer and uses the PBR technique (Technique used in video game rendering).

In simple words, the Eevee is a high-quality viewport renderer and much faster compared to Cycles. If you are working in Eevee then it will work fine with mid-range GPUs.

We have seen the general features which require most of the hardware power, now we will take a look at specific items that need to build a robust workstation for Blender.  The most important hardware items are CPUs and GPUs.

Why are we concentrating on CPUs when GPUs give faster performance? CPUs are important because: 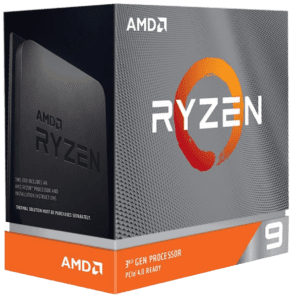 Ryzen 9 can be considered as the best CPU available in the market. It is available in 16 cores with an operating frequency of 3.7 GHz Frequency. Ryzen 9 comes with 32 threads and Blender’s Cycle renderer is good at utilizing threads. 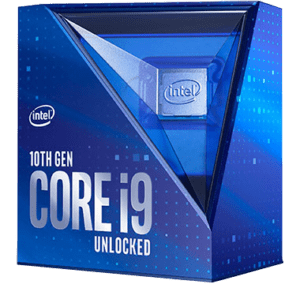 The second best processor for Blender is Intel’s Core i9 10900K. The total number of core in i9 is 10 which are a lot less the AMD’s Ryzen 9. The number of threads is 20. The operating frequency is 3.7 GHz can reach up to a maximum 5.7GHz. 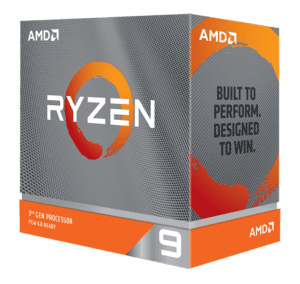 3900XT is another CPU from AMD with an operating frequency of 3.8GHz. It has 12 core and 24 threads. If you like gaming then this GPU is not the best choice.

Let’s have a look at some other choices as well

CPUs have their own importance and advantages but when it comes to speed CPUs cannot beat GPUs. Why we need GPUs for Blenders? Let’s find out

GPUs are a lot faster than CPUs when rendering, GPUs have more processing cores than CPUs. A GPU with decent memory can help a lot in Blender rendering, if you want to save time then having a good GPU will work for you.

GPUs are great for high-poly models. If your project contains a lot of complex geometry then GPU can help to speed up the rendering. 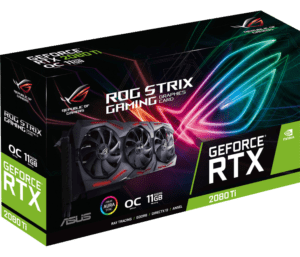 This GPU is best for blender and should be the top priority before making a workstation for Blender. 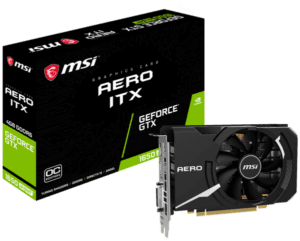 There are some AMD graphical processing units also available. The issue with AMDs GPUs is that most of them do not support ray tracing. If you genuinely making a workstation for Blender then always go for Nvidia GeForce GPUs.

There is a range of CPUs and GPUs which can be selected to build a powerful workstation for Blender. But it all depends upon the budget. We discussed CPUs and GPUs of different ranges of prices. If you have a big budget then go for Ryzen 9 3900XT and Nvidia GeForce 2080Ti. But if there is a limit on a budget then go for an affordable CPU AMD Ryzen 5 3600X and Nvidia GeForce GTX 1650 Super GPU.