First released almost two decades ago, Arch Linux has become one of the most influential Linux distributions of all time, attracting users with its simplicity, modernity, and versatility. Perhaps the best testament to the influence of Arch Linux is the fact that there are now multiple distributions based on it.

Some Arch Linux derivatives make the distribution more accessible to inexperienced users, and some were created in reaction to various key system design decisions made by the developers of Arch Linux. Listed below are the top 5 best Arch-based Linux Distributions you should know about in 2020. 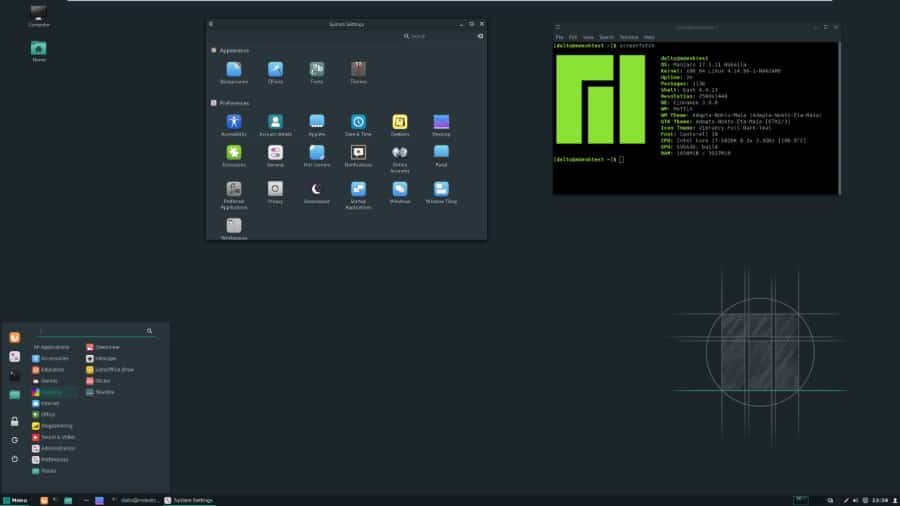 Manjaro (named after the Kilimanjaro mountain) is by far the most popular Linux distribution based on Arch in 2020. Its first version was released in 2011 with the goal of combining the bleeding-edge nature of Arch Linux with a focus on user-friendliness and accessibility.

The result is a Linux distribution suitable for beginners and experienced users alike. Because Manjaro features a simplified, user-friendly installation process and comes with pre-installed desktop environments, graphical applications to easily install software and update the system, and also codecs to play multimedia files, the distribution is completely usable right off the bat.

If you decide to give Manjaro a try, you’ll need to choose which edition you want to download. There are three official editions with a desktop environment (XFCE, KDE Plasma, and GNOME) and one minimal edition that you can use to build your own Manjaro-based system from the ground up. Additionally, the Manjaro community is responsible for several unofficial editions.

If you own an ARM-based single-board computer like the Raspberry Pi, you will be happy to know that there are multiple ARM editions supported by the Manjaro team, including one based on KDE Plasma. 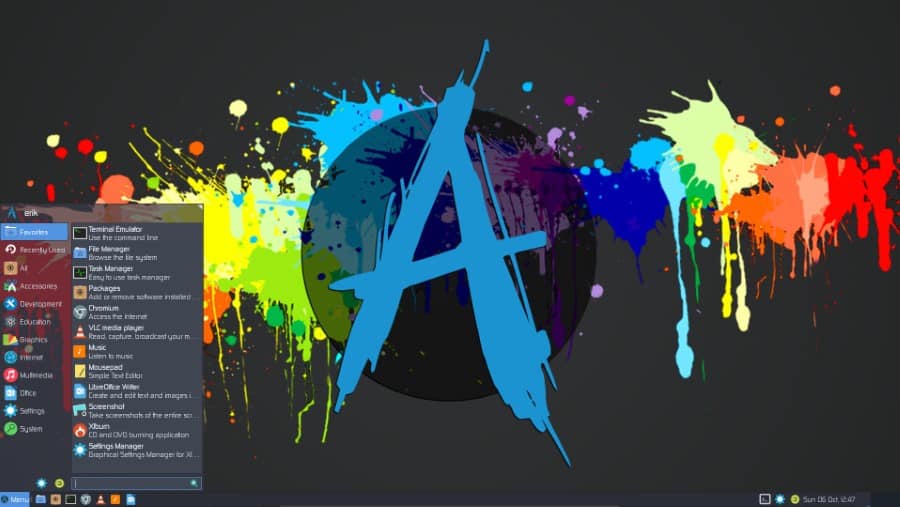 The installer reduces the effort required to install Arch Linux into a series of simple steps that end with a fully functional system with a desktop environment, graphics drivers, optional software, and AUR support.

The developers of Anarchy Linux provide five completely customized desktop environments and windows managers (Cinnamon, GNOME, Openbox, XFCE, and Budgie), but you can also install the generic versions of other DEs and WMs.

When you finish the installation, you can continue with post-installation tutorials published on the Arch Wiki, but your system should be largely ready for use. 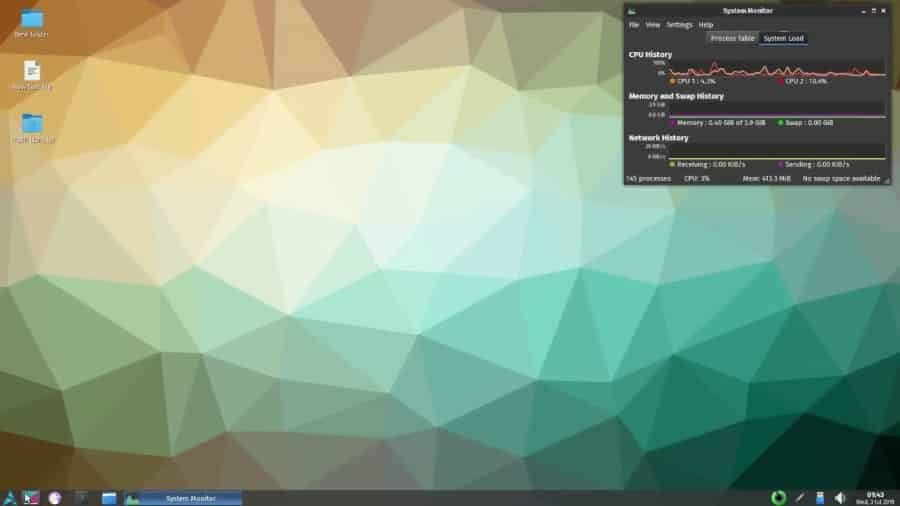 In October 2012, systemd, foundational software that starts the rest of the system, became the default on new installations of Arch Linux. The decision was preceded by a heated exchange between the members of the Arch community, many of which were convinced that systemd doesn’t align with the simple nature of Arch Linux.

Most Arch Linux users eventually accepted the change, but a small fraction stood by their belief that PID1 must be simple, secure, and stable. This small fraction created Artix Linux, a rolling-release distribution based on Arch Linux that uses OpenRC, runit, or s6 as init.

The installation of Artix Linux is described in detail on its website, and anyone who has ever successfully installed Arch Linux shouldn’t have any issues with it.

As an Arch Linux derivative, Artix Linux is intended predominantly for advanced users who see systemd as a serious security risk. Regular users have absolutely no reason at all to avoid systemd, especially considering that it has been used by most other major Linux distributions for some time now. 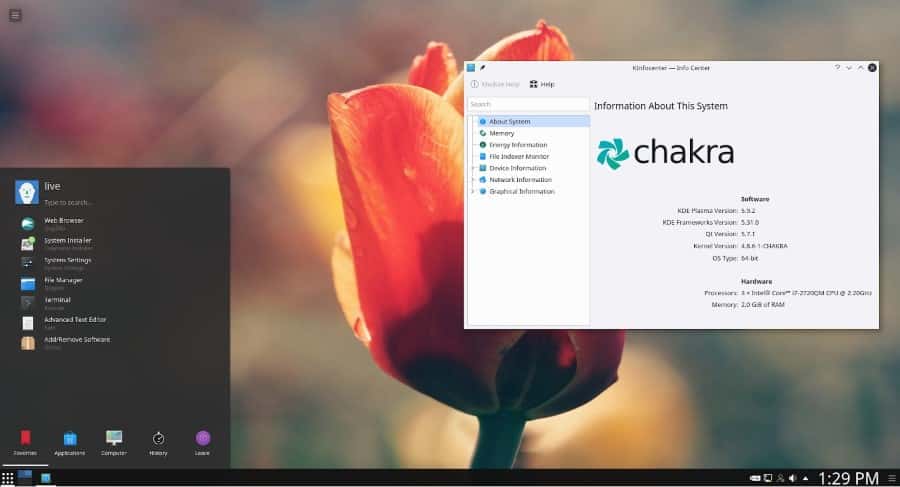 If you enjoy the KDE desktop environment, you should check out Chakra because it focuses exclusively on KDE software, minimizing the use of other widget toolkits.

This distribution started as KDEmod packaging project, which was created by a group of dedicated Arch Linux users to improve and simplify a standard KDE installation with Arch Linux. Eventually, the group decided to release KDEmod as a custom ISO and integrate it even closer with KDE software. In 2010, Chakra 0.2 was released as the first independent version, ending the development on KDEmod.

Chakra blends the rolling-release model used by Arch Linux with its own core packages, which are frozen for a certain period of time and updated only when serious security issues are discovered. This half-rolling release model offers excellent stability while maintaining access to cutting-edge software applications.

The Chakra live ISO features a bootable environment that allows you to try out the system before installing it using the included Calamares distribution-independent installer framework, which you may be familiar with from distributions such as Manjaro, Lubuntu, or KaOS. 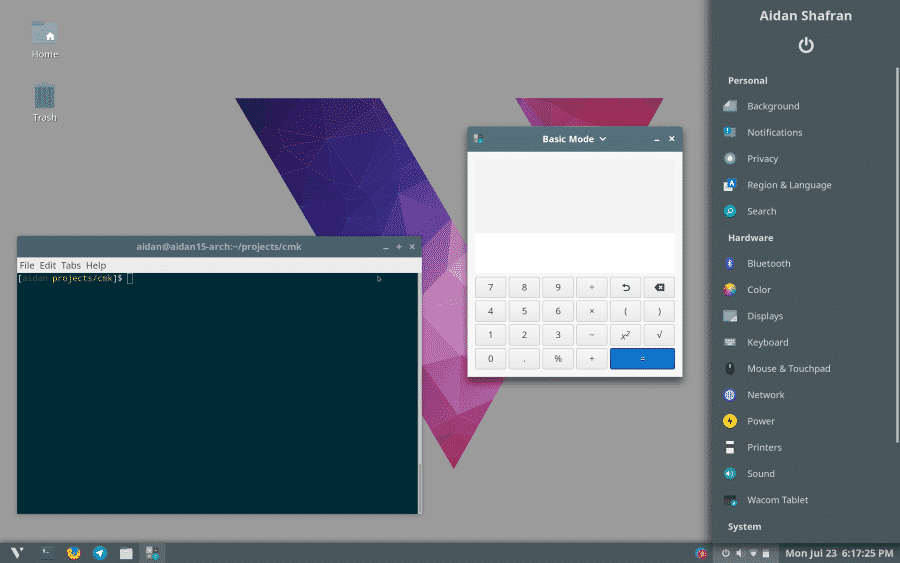 Google’s Material Design has influenced many user interface designers, teaching them how to use responsive animations and transitions, grid-based layouts, padding, and depth effects to make software more usable and more visually appealing. Velt/OS is an experimental Material Design-themed desktop environment that can be installed on any existing installation of Arch Linux or easily tested through an Arch Linux-based ISO.

The development of Velt/OS has been steadily progressing for half a decade now, and its developers seem to be onto something truly great. The layout is clearly inspired by Windows, but Material Design gives Velt/OS a unique look that’s a welcome departure from mainstream desktop environments.

Unfortunately, the two main people behind this exciting project, Aidan Shafran, Stefan Kwiecinski, seem to have a lot on their place because progress has been quite slow. But even if Velt/OS won’t ever become a mainstream desktop environment, it will continue to serve as a proof-of-concept, demonstrating the merits of Material Design to future open source developers and users of Arch Linux.