Virtual reality is not new anymore. From learning to contemporary gaming, virtual reality has gradually transitioned the complexity of technology.

With an increase in its audience, the demand for VR has boosted the sales of GPU units. Though there are many kinds, it has become difficult to grab a graphics card perfect for your personal use. The VR games are getting more complex and graphically demanding, and so are the GPU cards.

Today, we focus on graphic cards for VR users who want to bring real lush environments to their eyes. Just make sure you have a powerful VR headset and equally powerful PC hardware to enjoy the full VR-gaming experience.

To capture VR at its best, you need to make sure you make an informed decision. Our buyer’s guide delivers every component worthy of focusing on.

Should I go with Nvidia or AMD?
The choice between a good GPU comes down to two main GPU manufacturers: AMD and Nvidia.

Being the best of beasts, Nvidia cards are packed with power and built with superior architecture. The most common cards you will come across in the Nvidialineup are the RTX and GTX. The 20 series features the newer RTX type. In contrast, the 16 series features the GTX version.

Don’t get intimidated by the terminology!

They are just names given to different series of cards. They have similar Pascal architecture. The higher series RTX cards were released first. They exhibit just how powerful NVIDIA can get by showcasing their new technology. This includes more memory, transistors, and more cores.

RTX comes with Real-Time Ray Tracing! This means the animation is processed to showcase realistic lighting in an environment. This is what allows many games to be enjoyed at their top-most quality and makes them more enjoyable.

The RTX also features the often-marketed Tensor Cores. They make deep learning possible, enabling up-scaled imaging. However, many games have not included this as a feature yet.

Top-end RTX cards also feature VirtualLink compatible USB-C ports. It simplifies cable connectivity with your VR headset. Later on, a lower mid-range GTX was released. This was done to provide consumers with the same NVIDIA greatness but at an affordable price.

In comparison, AMD surely does lack driver power. However, it is known for its consumer-friendly approach. While you can use its top-of-the-line cards like Radeon RX 6700, RX 5700XT, or RX 5700 for VR, we don’t usually recommend AMD. Nvidia has a better Native PCVR headset, Quest 1/2 (encoding/streaming), stability, and driver compatibility.

Cooling
Where there is hardcore gaming, heat is bound to be produced. Do not forget to look for compressive cooling or GPU with better fan performance (i.e., liquid cooling) to run your games smoothly.

RAM
The more you have it, the better. A GPU needs to handle a multitude of tasks simultaneously and run heavy games smoothly. So, get the highest amount of RAM you can afford to purchase.

To benefit from the latest releases, a minimum of 16GB RAM should be present. However, to play in higher quality settings requires an expanded room of 32GB.

Do not forget this!

If you go for APU (GPU and CPU combined), memory resources will be shared. So a slower counterpart can drag the other component down. In such situations, overclocking your RAM to match GPU isn’t such a bad idea.

Chassis
The GPU needs to fit into your hardware. Otherwise, even the best of GPUs won’t be of any help. Mostly the length becomes somewhat of an issue. No harm came from double-checking the length of GPUs mentioned in specs and comparing it with your unit.

Overclocking a good idea?
Overclocking the GPU tends to create substantial performance gains. You can achieve this by pushing the MHz up. However, the gains may be inconsistent.

If you wish to invest in an overclockable GPU, make sure the motherboard can also be put to the same task. Otherwise, you will face the consequences of mismatched overclocking. These include; higher temperatures and unstable performances leading to a potentially shortened lifespan.

Size & Noise
Consider the size of the card too. GPUs with three fans will occupy more space. Make sure it fits your CPU. Likewise, consider noise level as well. More fans usually mean more noise, but not always. If your GPU produces too much noise, it will disturb your gaming experience. 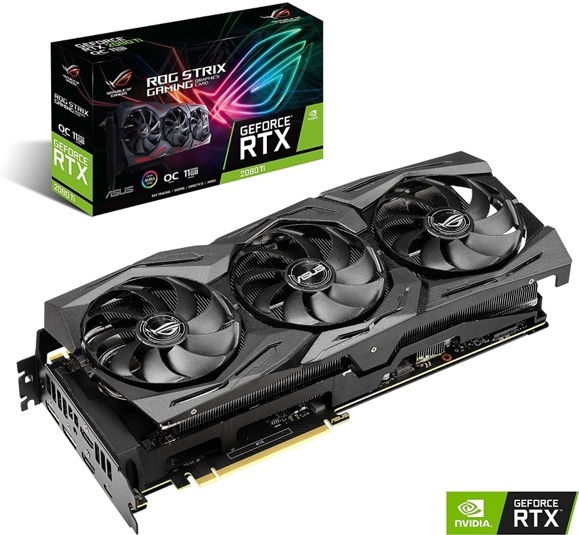 A beast of a card, best for loaded VR games, considering the price proposition, is the GeForce 2080Ti. It lets you enjoy any game in its premium graphical beauty, with the correct amount of lighting and shadow placement.

What’s intriguing about this set is the incredible FPS rates it has to offer. Compared with the GTX 1070 and 1080Ti, it performs on the higher side of average FPS rates.

Powered by the NVIDIA Turing architecture and Real-time ray tracing, this GPU allows you to run most VR games in the highest settings.

And why it shouldn’t? It has 4352 CUDA cores and an overclocked 11GB GDDR6 memory in a comparatively slimmer 2. 7 slot form factor.

The GPU can easily be overclocked, pushing the 1665 MHz limit. At the same time, pushing limits does not result in raised temperatures or performance rates. 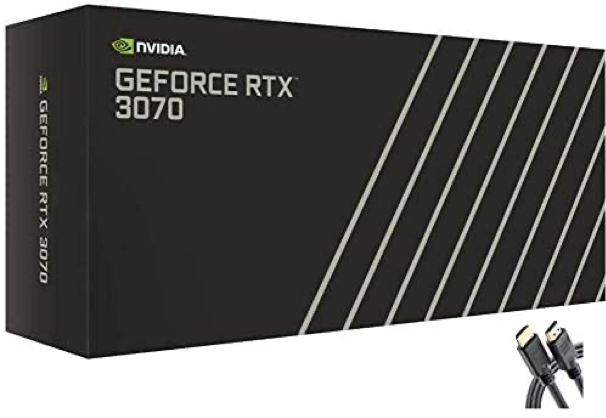 This founder’s edition card features both RT cores and tensor cores. So, all the new games featuring anti-aliasing will get the most out of this unit. This exhibits 8GB high-speed G6 memory and multiprocessors to run things smoothly, even in the most demanding VR games.

The second-gen RTX Architecture has a clock speed of 1695MHz, along with anti-aliasing and anisotropic filters. This gives a cinematic feel to your surroundings when in VR mode.

Not to mention, it has a Display port and an HDMI for flexible connectivity across the board.

Finally, a good reason to go for this VR-friendly graphics card is mostly affordability. You get 3070 goodness at a very economical cost. However, its limited 8GB memory can hinder your gaming experience. 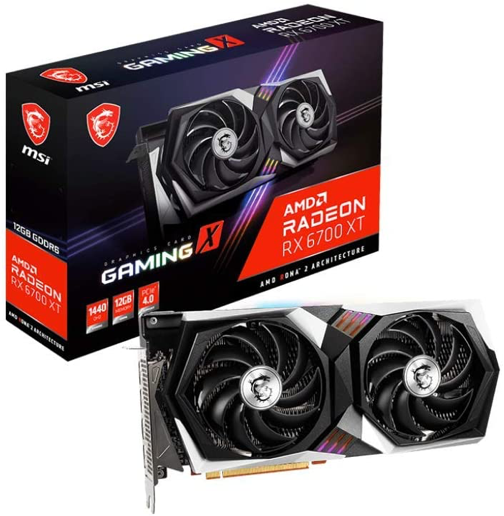 Coming towards moderate VR experiences and prices, the MSI RX 6700 proves to be a competent choice.

This VR graphics card has a video memory of 12GB, with a boost clock of 2424MHz. This is a powerful graphics card that functions any game in top settings. It also features ray tracing, which enables you to enjoy captivating graphics in VR mode.

Moreover, it supports AMD’s Free-Sync to reduce screen tearing and stuttering so that you experience graphics in all their glory. The card is also smaller in length in contrast to the one mentioned below. This means viable space will stay put for future upgrades.

All in all, not only is it cheaper, but it also comes at an effective gaming value. This is relatively new in the market, and its price to performance ratio also hits a sweet spot. 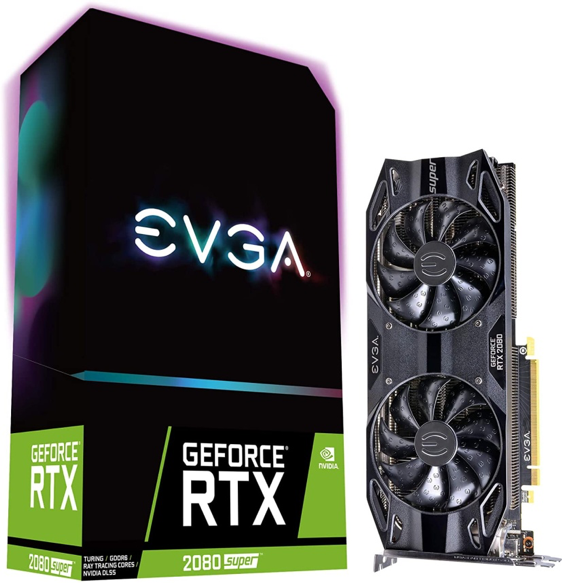 This VR graphics card is similar in many aspects to the one mentioned above. It comes with a slight improvement in gaming performance and memory, but that is about it.

This VR-supportive graphics card comes with the perks of Real-Time Ray tracing and powerful AI graphics to give you an immersive VR experience. Coming with the real boost clock of 1815MHz, the new EVGA backs next-gen overclocking.

Overall, it is a powerful card capable of reaching golden FPS zones, and higher boost and clock speeds surely make a worthy option to consider. However, it all comes at a hefty price. Moreover, due to the space-taking liquid cooling, it tends to be bulkier than other GPUs. 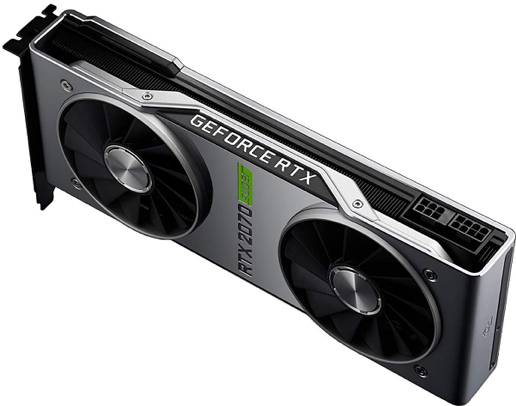 Although it is one of the affordable VR graphic units, it certainly delivers performance for medium to light gamers.

It comes with 8 GB GDDR6 memory with a 1770 Boost clock speed. The two fans keep it fairly ventilated. This card comes with G-Sync and SLI support which makes it user convenient.

Besides, it slays all performance benchmarks compared to its competitor, the Zotac Gaming GeForce GTX 1660 Ti.

As for connectivity, the RTX 2070 Founders Edition card features not one but three Display Ports. So you can connect multiple monitors to enhance your efficiency. It also has an HDMI and a USB C port, further sweeten the deal.

Overall, it rounds off to better gaming performance with vast memory and high core clock speeds. However, games amped on full settings may result in the system heating up with some noise in the background.

The out-of-control demand for VR and its associated gadgets is right in front of you. While PCs are great for the VR experience, not every PC is set to meet VR demands right off the bat. To better deal with changing trends, we gathered VR-ready graphic cards for our excited consumers. However, the list of the best Graphics cards for VR is by no means exhaustive. You can consider their equivalent cards in the same class for a similar performance. That’s all for now! Don’t forget to check related articles for some more information.