This article will list various video editing software installable on Linux. Most of them are free and open source, except a few that require proprietary licenses or registered user accounts for continued usage.

OpenShot is a cross-platform, open source and free video editing software. Based on ffmpeg, it comes with numerous features that are useful for both professional and casual video editing needs. Some of the main features of OpenShot include: animation effects, timeline management, clip resizing, clip re-arrangement, overlays, watermarks, user-defined templates, layers, tracks, audio tools and effect filters. 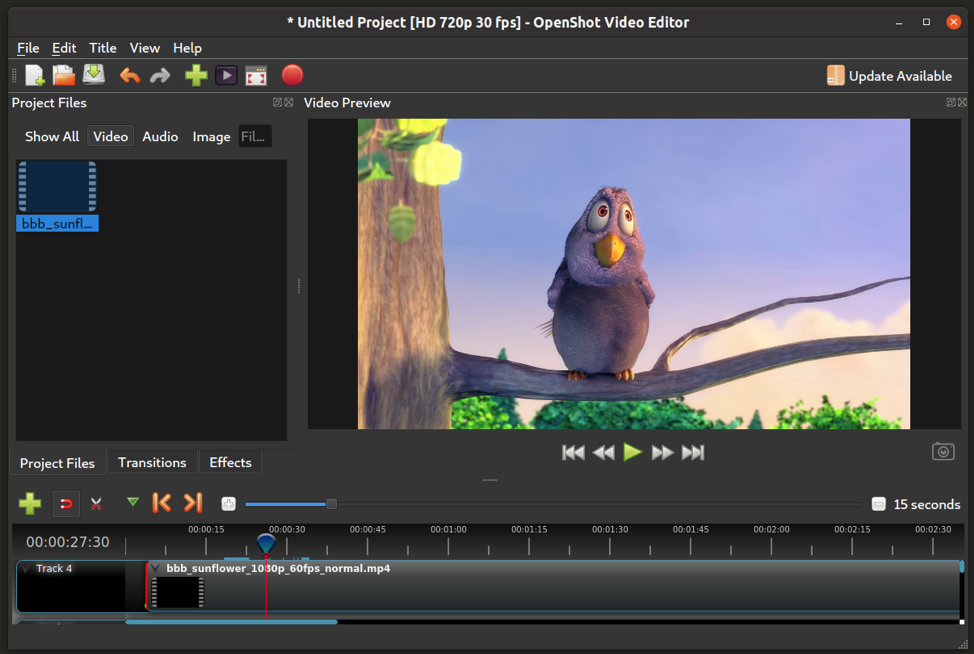 To install OpenShot in Ubuntu, use the command mentioned below:

OpenShot can be downloaded in other Linux based operating systems from package manager or from its official download page.

Pitivi is an open source video editor featuring an intuitive multi-panel layout. It comes with numerous animations, filters and effects that can be used between clips or overlayed on them. Other features of Pitivi video editor include clip resizing, cropping, live previews, drag and drop interface for clips, support for snapping and grouping of clips, an asset manager, audio editing tools, multiple export profiles, modern GTK3 interface, periodic backups, and so on. 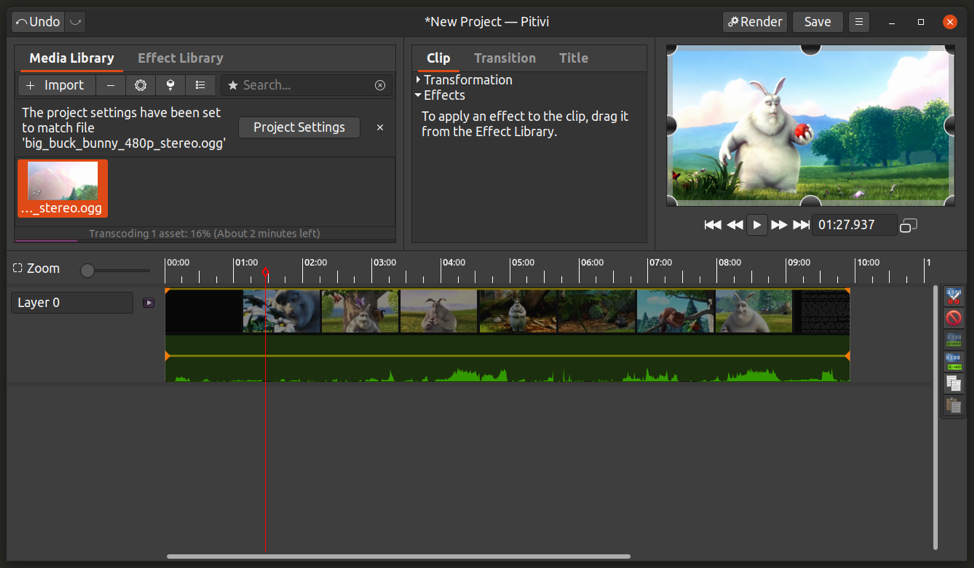 To install Pitivi video editor in Ubuntu, use the following command:

Pitivi can be downloaded in other Linux based operating systems from package manager or from its official download page. 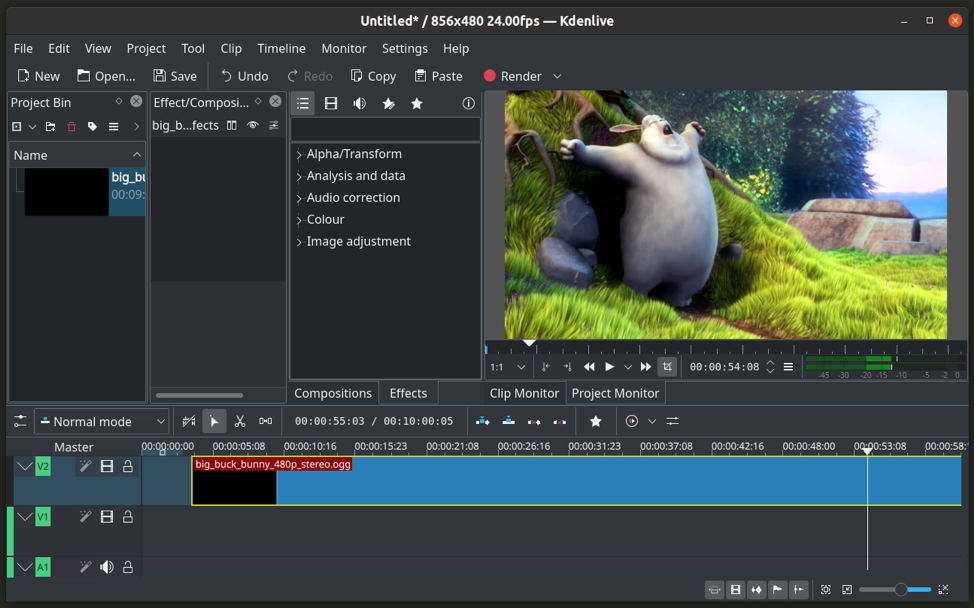 To install Kdenlive in Ubuntu, execute the following command:

Kdenlive can be downloaded in other Linux based operating systems from package manager or from its official download page. 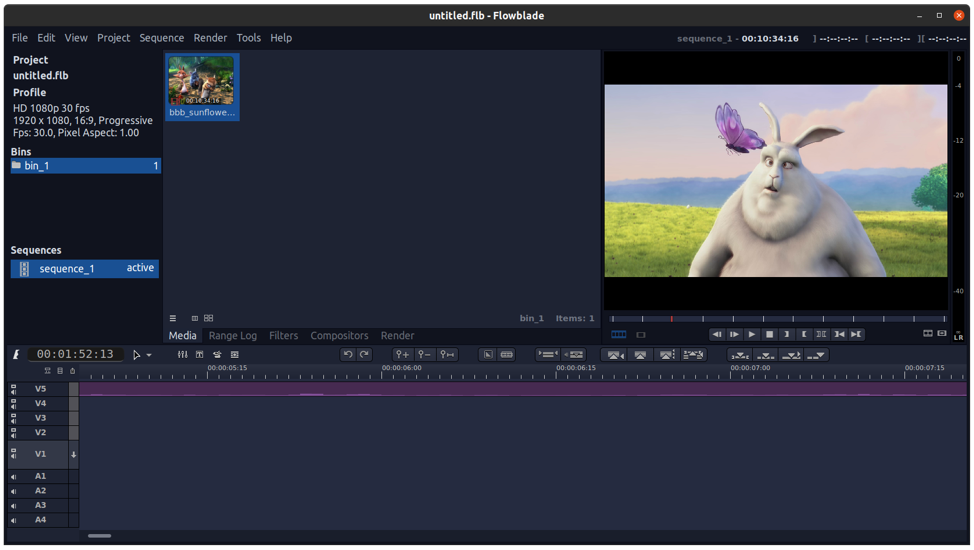 To install Flowblade on Ubuntu, use the following command:

Flowblade can be downloaded in other Linux based operating systems from package manager or from its official download page.

Cinelerra GG Infinity is a free and open source video editor for Linux that supports high resolution streams upto 8K. Unlike other video editors, it doesn’t feature a single window user interface but shows multiple detachable windows during video editing tasks. Besides the common feature set you see in most video editors, It also includes many other advanced video editing features like video stabilization, color enhancement and correction tools, LV2 plugins, video production through streams captured from multiple camera setups, motion tracking and so on. 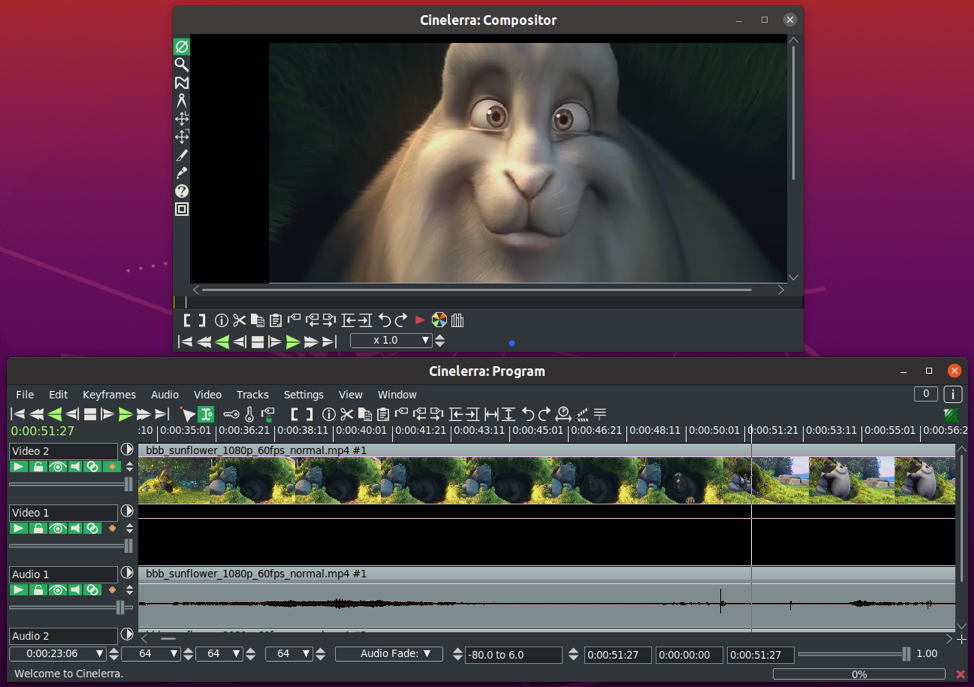 You can install Cinelerra GG Infinity in Ubuntu and other Linux distributions by downloading “single user builds” or distribution specific packages available here.

Shotcut is yet another open source and cross-platform video editor. It supports many video and audio formats, thanks to its ffmpeg based backend. Other features of Shotcut include support for 4K streams, support for capturing camera and microphone streams, native handling of timeline, audio editing tools, animations, effects, filters, transitions, trimming and resizing of clips, multiple export profiles and so on. 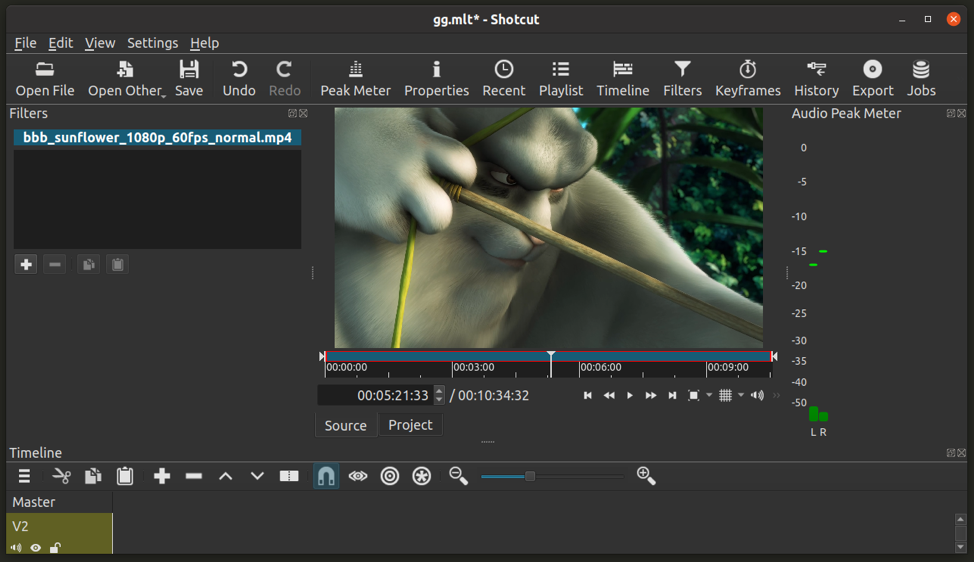 To install Shotcut in Ubuntu, use the following command:

Shotcut can be downloaded in other Linux based operating systems from package manager or from its official download page.

Olive is a cross-platform and open source video editor written in Qt. Besides the common clip management and timeline features seen in other video editors, Olive video editor also includes support for color management tools, node based composition and cached rendering of frames. 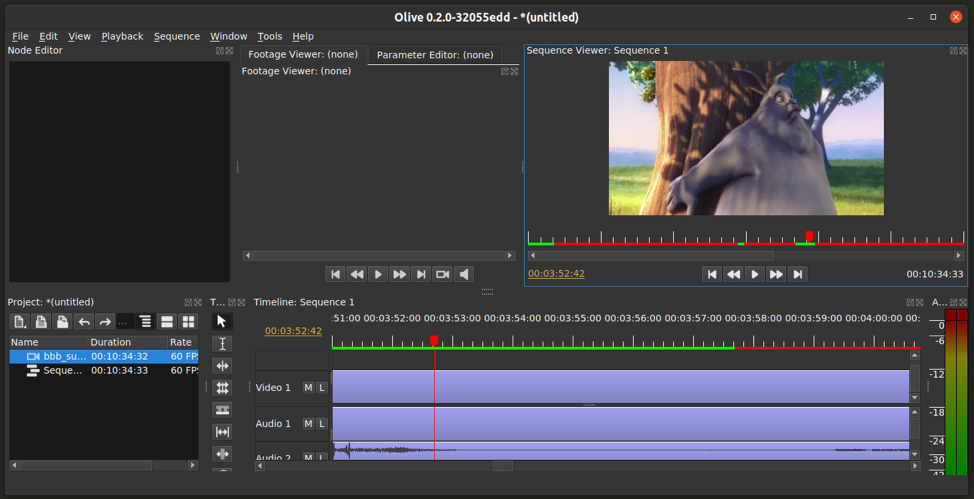 You can download Olive “AppImage” file that works on all Linux distributions from here.

Lightworks is one of the most popular video editing software used extensively in film production. Many big film production houses have been using it for over two decades mainly because of its advanced features suitable for film production. Even if you are not creating full-fledged movies, Lightworks is pretty straightforward to use and you can even create simple YouTube videos with ease. Some of the main features of Lightworks include support for streams with variable frame rates, built-in video and audio effects, 4K video export presets, precision sequence grading, enhancements tools for media captured through mobile devices, support for custom metadata and so on. 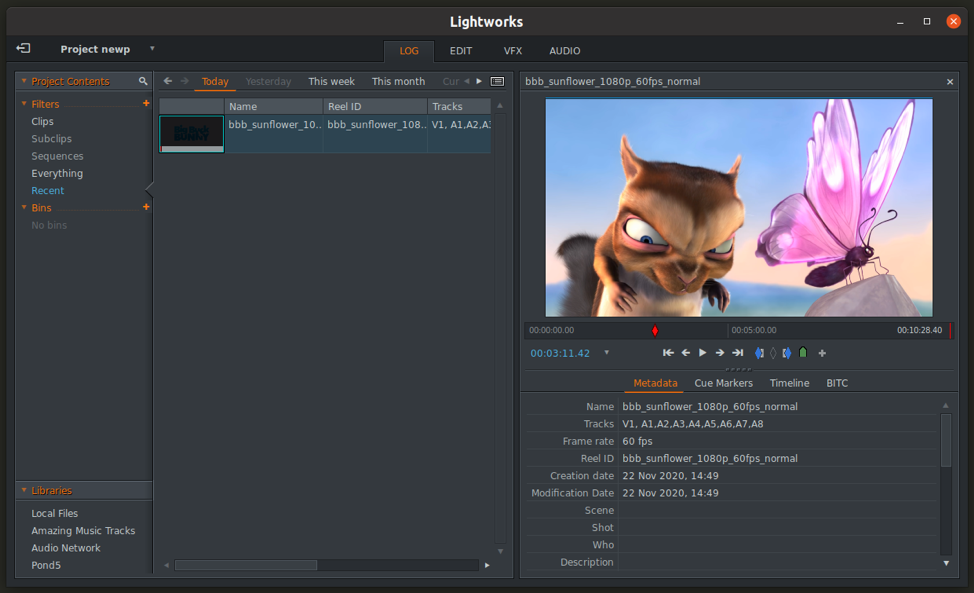 You can get Lightworks packages for Ubuntu and other Linux distributions from here.

Note that Lightworks’ source code is not available and it is not an open source software. There have been some rumors in the past about it going open source but nothing concrete is known as of now.

Editly is a command line application that allows you to edit videos without using a graphical interface. You can also use its API to write code and programmatically create and edit videos. It supports importing and exporting of 4K videos, custom aspect ratios, speed control, overlay effects, custom shaders, GIF export, picture-in-picture mode, normalization and so on.

To install Editly, use the following command:

To learn more about how to use Editly, refer to its documentation.

These are some of the most popular video editors available for Linux. Some of them are perfect for creating simple videos on video sharing platforms like YouTube, while others contain exhaustive feature sets to create Hollywood level films.