In the world of modern technology, everyone seems concerned about their security. Here, we are not only talking about malware and phishing attacks. Theft and intrusion are old threats that endanger property in the home and or in the organization, which is why now people lookout for high-quality monitoring systems.

Webcams are also utilized in monitoring and security surveillance systems. These cameras are commonly used to capture images, videoconferencing, enable real-time video chat, and broadcast television channels over the internet. Webcam hardware is included in modern notebooks and laptops to take photographs and record videos. If you are not sure which security camera software to use in Ubuntu, then read our post to know about the best security camera software for Ubuntu. So let’s start!

Motion is an open-source camera and security utility that is used for detecting motion. It is mostly used to keep an eye on footage for movement and minor changes. Motion is a motion surveillance program having a command-line interface and a simple MotionEye web server. Ubuntu users can utilize this webcam software for monitoring their pets, view birds, make time-lapse videos, etc.

How to install Motion on Ubuntu
Utilize the below-given command for installing Motion on your system: 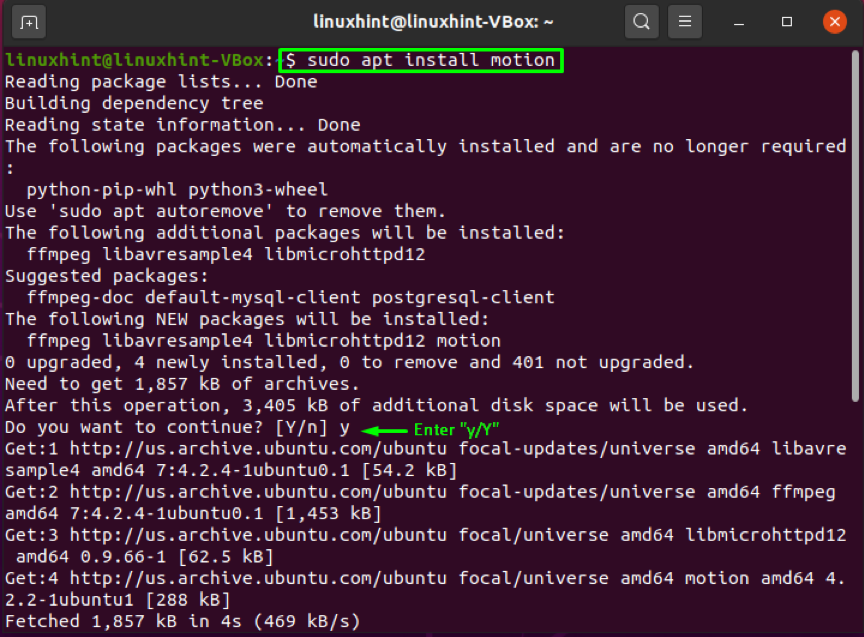 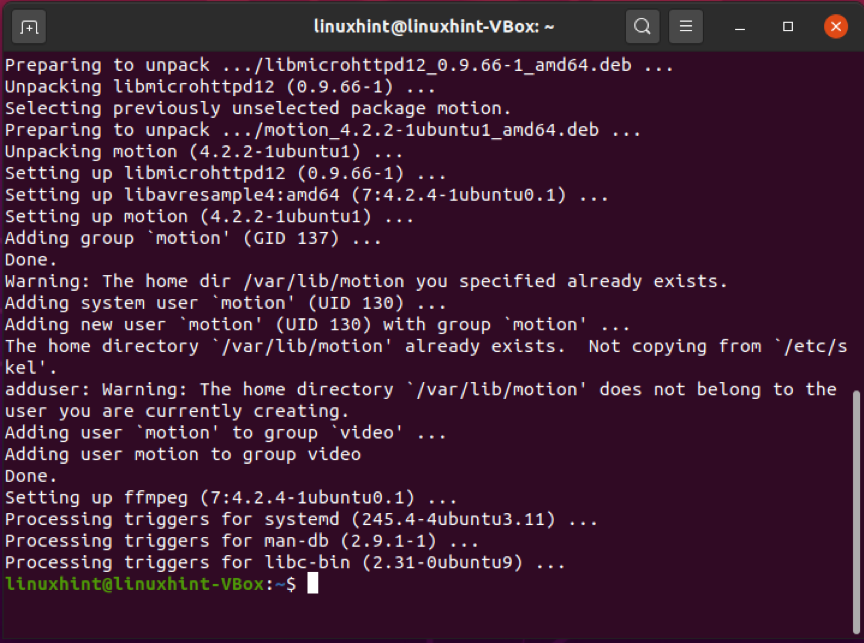 How to configure Motion on Ubuntu
For configuring Motion as a webcam software on a system, the first step is creating a separate directory. For this, we will utilize the “mkdir” command:

Now execute the “cp” command for copying the configuration file of the motion application to your home directory:

Next step is to open up the motion configuration file in your “nano” editor: 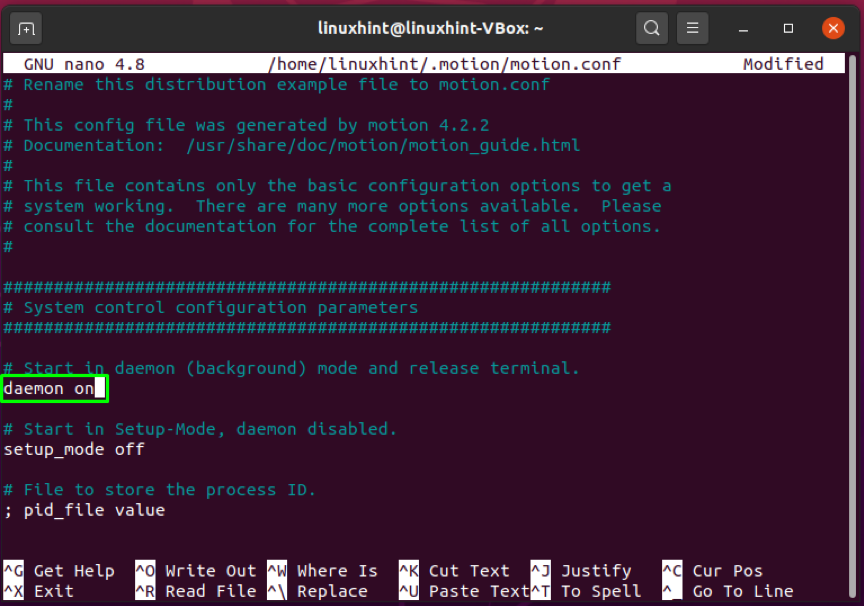 Press “CTRL+O” to save the changes you have made: 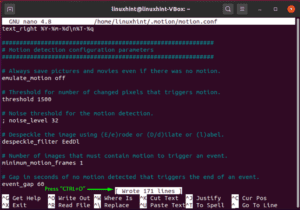 Now, execute the “motion” application from your terminal: 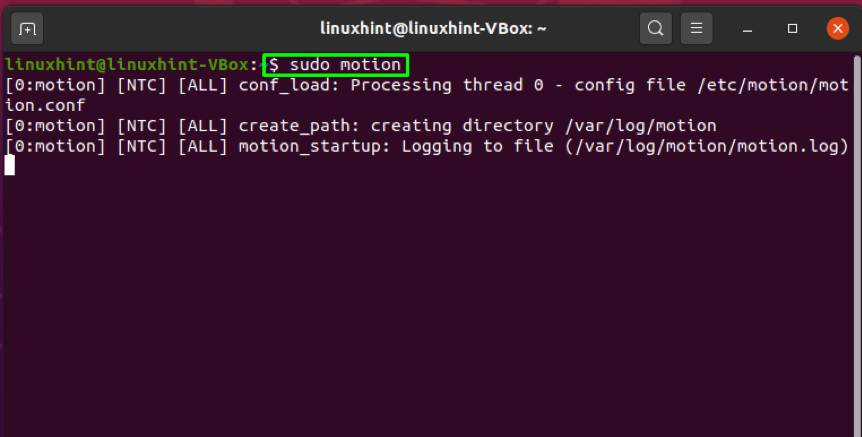 The Guvcview or GTK+UVC Viewer is a freely available, open-source camera and webcam viewer for Ubuntu users. Guvcview is developed in the C programming language. It is a webcam software for GNOME. The user-friendly graphical interface of Guvcview makes it simple to use. UVC driver permits Guvcview to record and watch those videos. You can also utilize this camera software for security purposes.

What are the features of Guvcview
Check out the below-given list of Guvcview features:

How to install Guvcview on Ubuntu
If you monitor your home or organization with the help of Guvcview software, then firstly, you have to install it on your Ubuntu system. To do so, write the below-given command in your Ubuntu terminal: 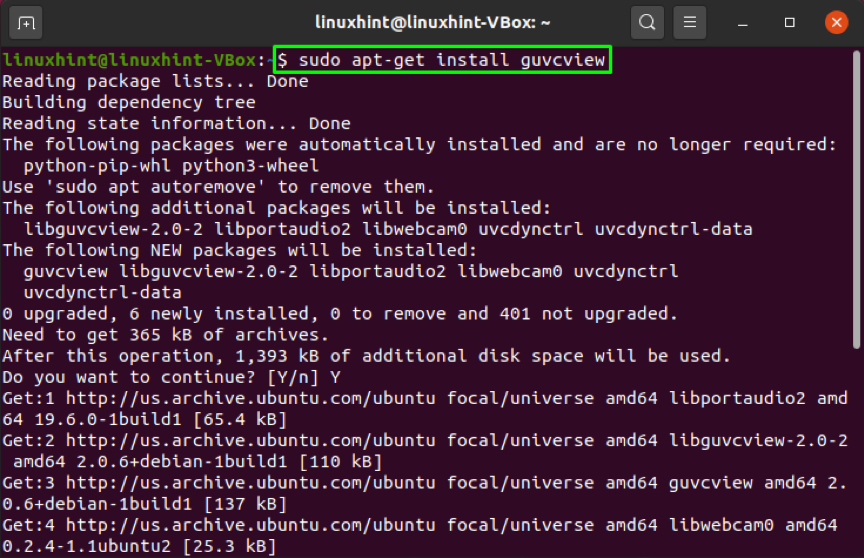 The error-free output indicates that now Guvcview exists on your system. You can search “guvcview” in the Application’s search to open it:

For Ubuntu users, Webcamoid is a simple and handy webcam software. This software is based on the Qt framework and C++ programming language. It has various configuration options that can be utilized to customize the software according to your needs. Webcamoid is used for capturing videos and pictures being a security camera software. It also permits its users to customize their webcam controls in the video capturing. Isn’t it interesting? 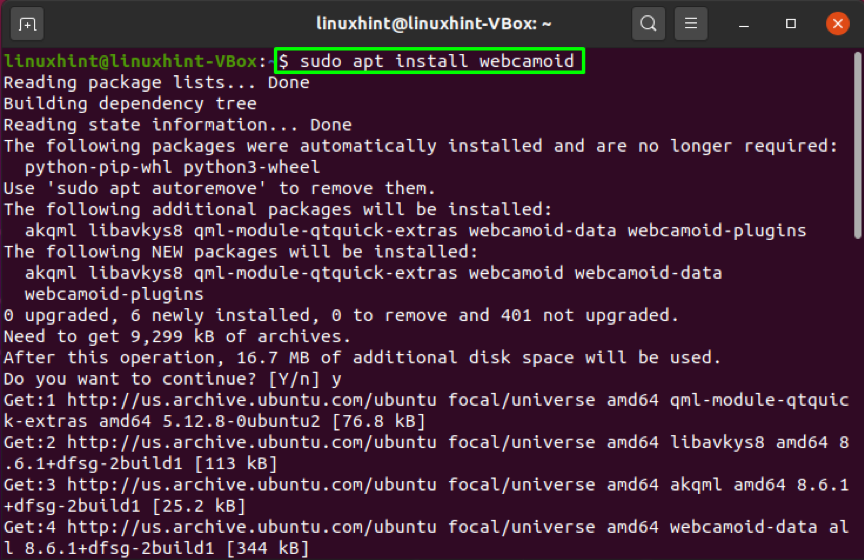 The error-free output declares that now you have a Webcamoid application installed on your system. Open it using your Application’s search bar as follows: 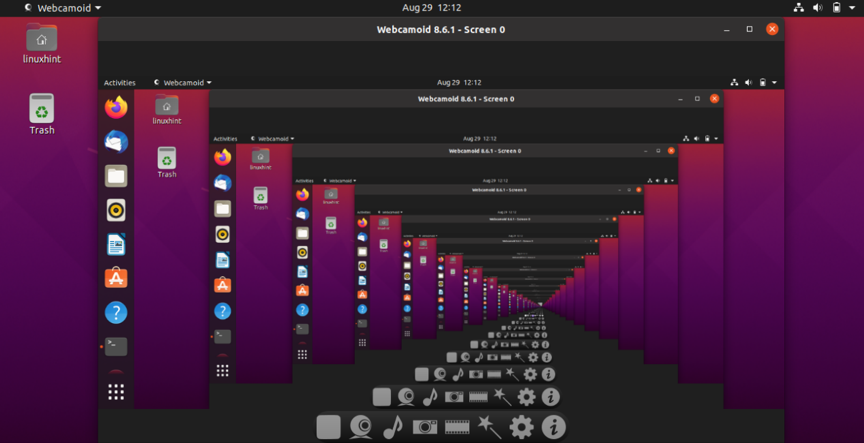 Kamoso is a simple Linux webcam program that is based on Qt for the KDE desktop environment. You can use this security camera software with an external or built-in webcam for recording videos and screenshots. It is an open-source project built in C++ and freely available for all Ubuntu users. It offers a simple graphical interface that permits its users to capture videos and images quickly. 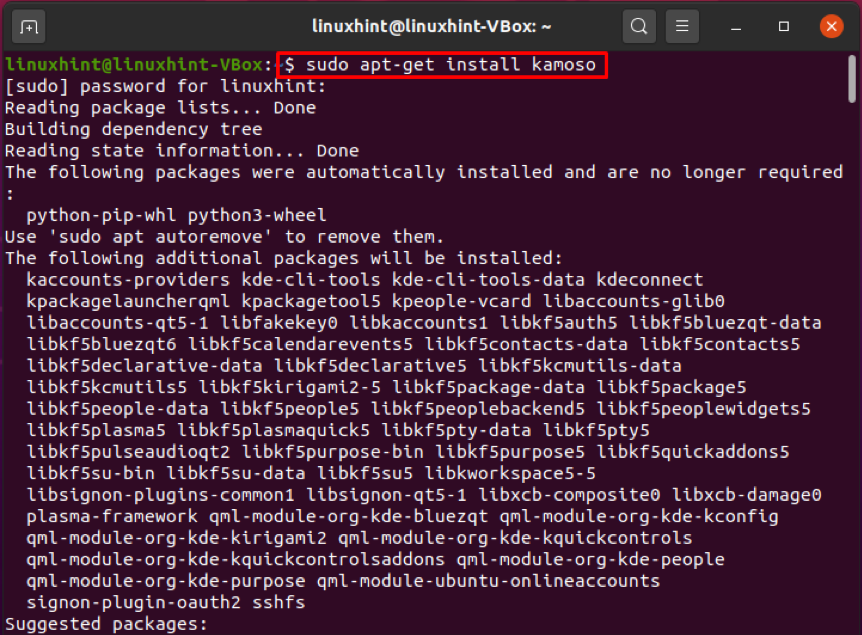 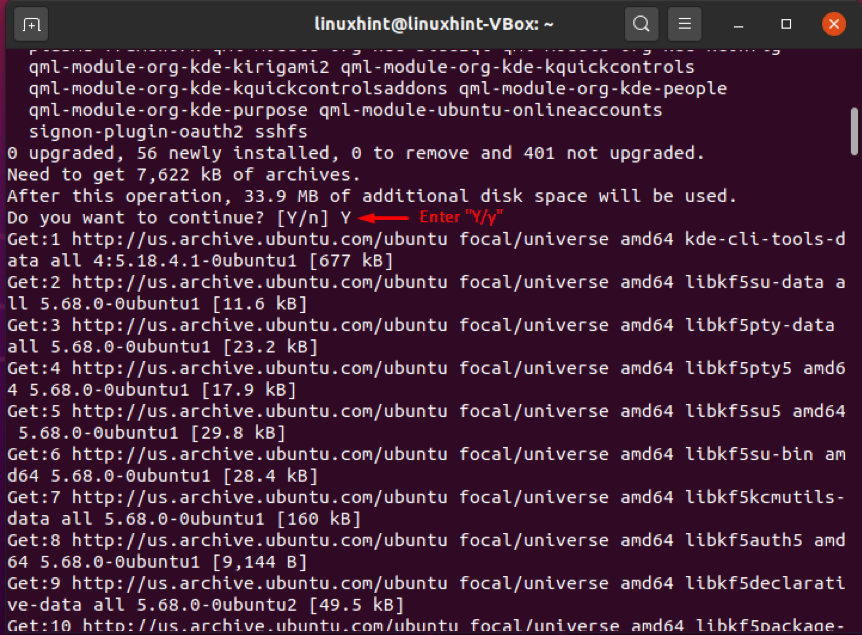 Now you have a Kamosa application on the Ubuntu system. Open the application by searching it manually in the Application’s search bar: 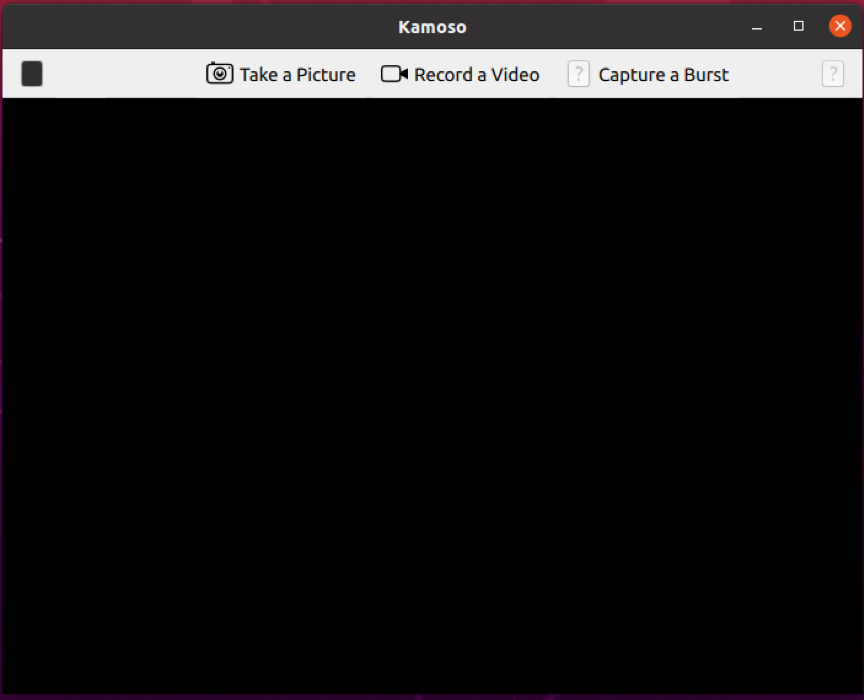 HasciiCam is another software option if you are looking for video surveillance software for Ubuntu. This software is developed in the C programming language. It converts video from a television card into ASCII letters. To view the live video, you do not need any further software or plugins. It only requires a Ubuntu system, a television card, and a modem. The command line is used to control this online utility.

How to install HasciiCam on Ubuntu
You can utilize the below-given command for installing the HasciiCam application on your Ubuntu system: 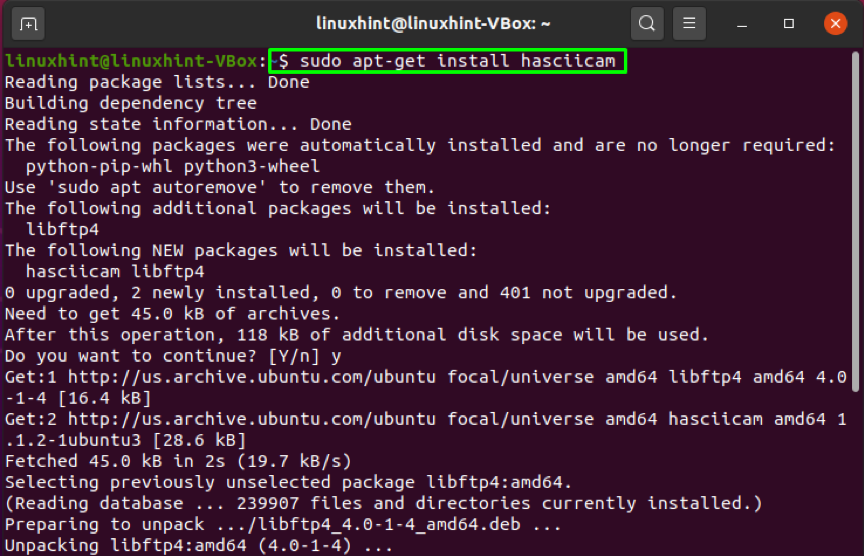 HasciiCam is successfully installed on the system. Now, open it by searching “hasciicam” in the Application’s search bar:

If you already have a Ubuntu system and a few backup cameras, you do not have to spend hundreds of dollars on a surveillance or monitoring system. When you utilize the proper security camera software, the established monitoring system assigns you more access without any cost. We have compiled a list of the best security camera software for your Ubuntu system. Moreover, we have also demonstrated to you their installation procedure.