Nowadays, programming is becoming the most important requirement if you want to get yourself into any professional field . People are putting more effort into programming these days because they recognize its importance in everyday life.

Here is the list of some of the best programming IDEs for Raspberry Pi, which surely will help you in compiling your codes.

Geany is one of the best programming IDEs for Raspberry Pi, offering the most robust programming experience you’ve ever had. It is primarily a text editor that includes the Scintilla library and the GTX+ plugin to allow you to code in 50 different languages.

Geany comes up with providing several features to its users which includes code folding, syntax highlighting, and automatic closing of HTML and XML tags. With the help of its native code navigation, you can read and understand codes in a way that is more comfortable for you. If you want to try out more features of this IDE, you can easily do so with the help of plugins. 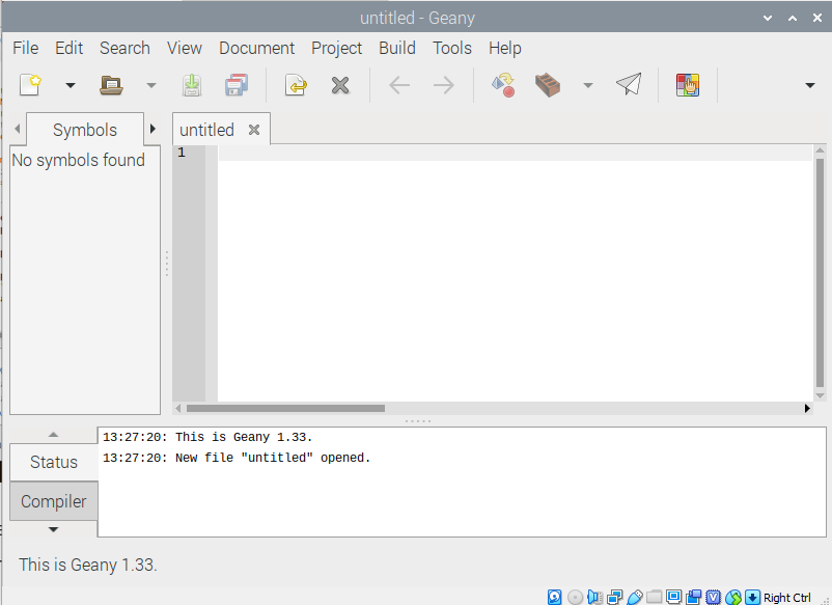 BlueJ is an excellent programming IDE that should be installed on your Raspberry Pi. It was created for educational purposes and is widely used by people to write code in Java. The user-friendly interface in this IDE makes it an ideal choice for the  Raspberry Pi users. Despite its limited functionality, it is still a good choice for beginners who want to learn how to code in Java.

BlueJ is already present on your Raspberry Pi and if your operating system does not include BlueJ, you can install it by running the command below. 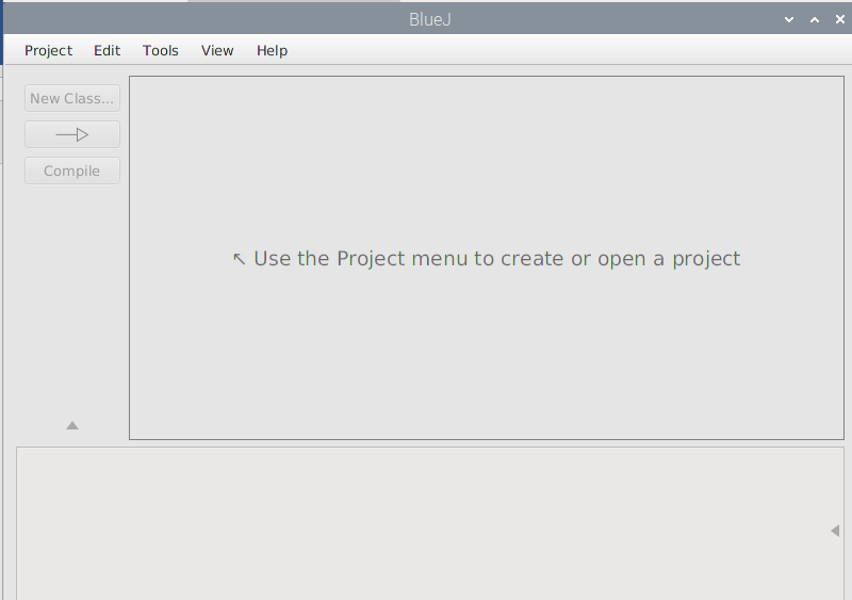 Thonny is an excellent programming IDE for Raspberry Pi users who love to code in Python language. It’s very simple to use and good for beginners who want to code in the Python language. It provides a clean and vanilla-like interface and ensures that the users don’t find any difficulty in using its features.

Moreover, it provides you all the features, which are found in most of the IDEs so you don’t have to look for another option if you have it. It also comes with a debugging option that helps you to find errors at each step. You can get Thonny in your Raspberry Pi using the command below. 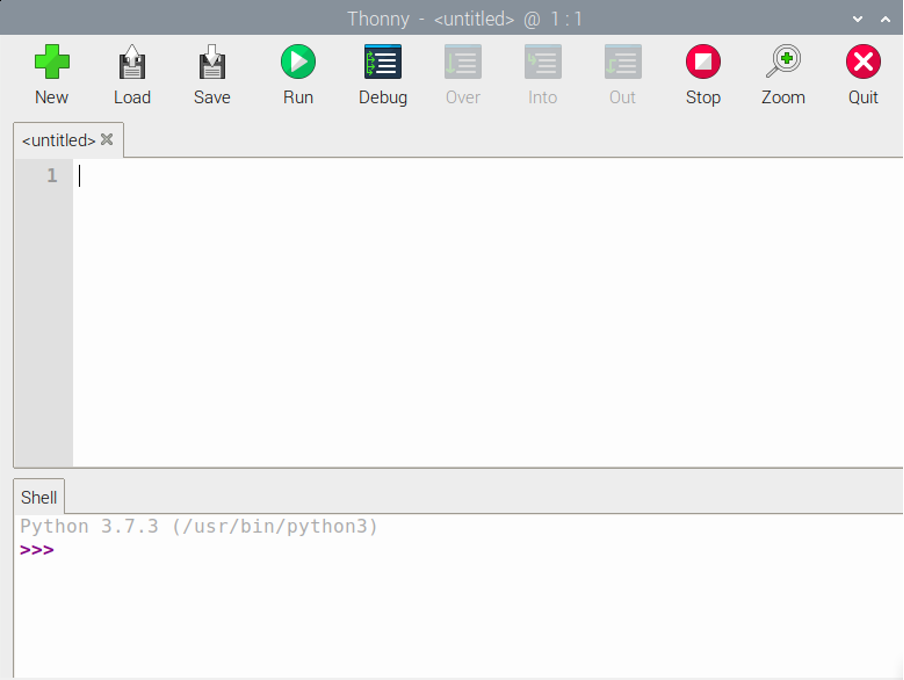 If you are interested in learning how to program in multiple languages, Code::Blocks is the IDE that better suits you. It is the best cross-platform programming IDE for the Raspberry Pi because it supports multi-language coding in C, C++, and Fortran, as well as multiple compiler options such as Visual C++, Clang, and GCC. With all features included in the IDE, you have the authority to compile and debug your code, which can aid in the development of your projects. 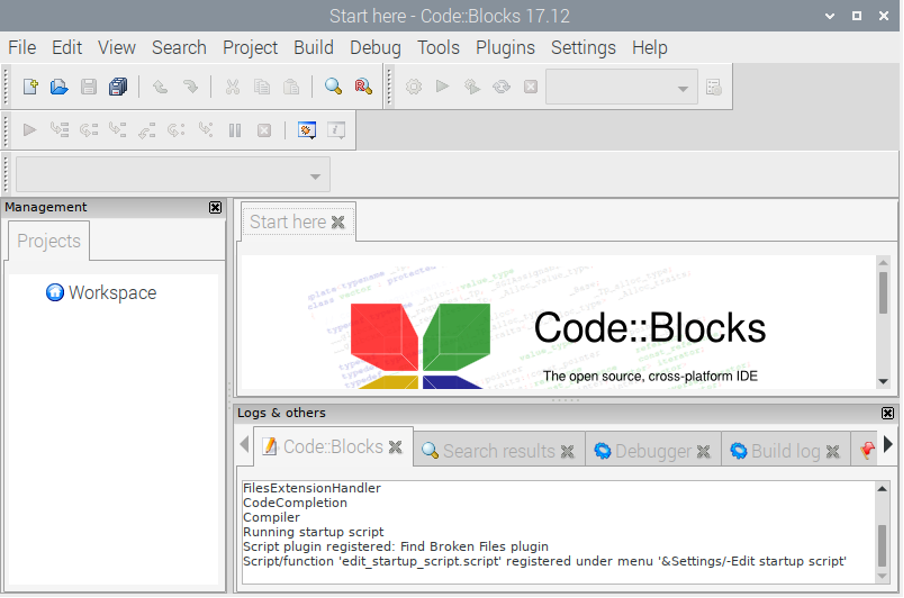 Lazarus IDE has established itself as the best programming IDEs for Raspberry Pi. It is undoubtedly an excellent cross-platform tool in the market for the Rapid Development process. Writing applications for various platforms is never easy when you use its Free Pascal Compiler (FPC). There are a few apps that provide a platform for you to run apps on other platforms.

Lazarus IDE is among apps that allows you to run apps on different platforms by using the FPC. Other features such as code formatting, syntax highlighting, and a variety of code templates add to its value. As a result, this IDE fulfils all of your expectations.

To have it in your desktop, type the below command in the terminal. 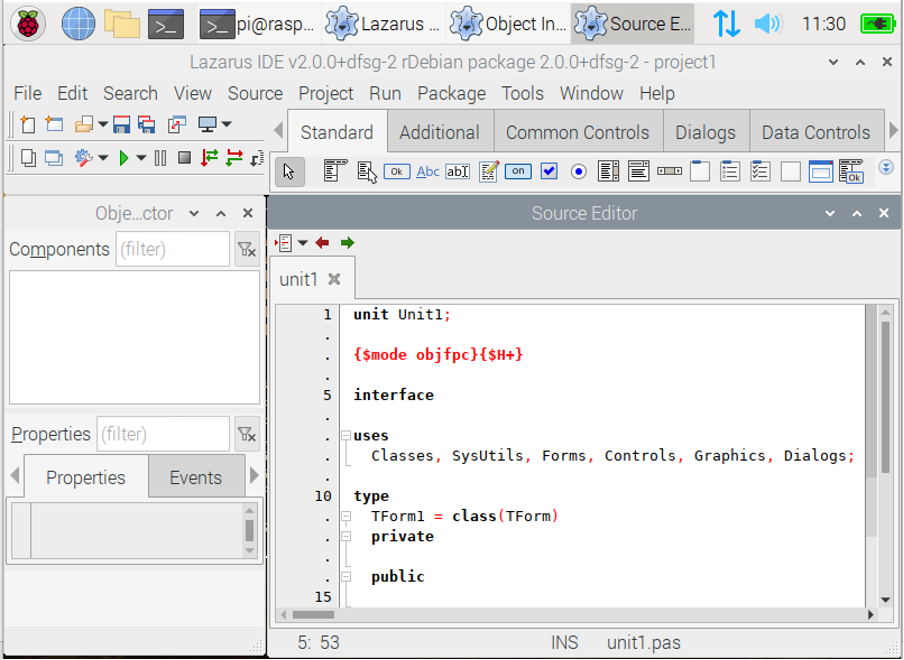 If you are passionate about programming, you will surely be looking for the best programming environment for your Raspberry Pi. If you really want to become a professional programmer, you can choose any IDE which best suits which provides you with more features. There are other IDEs as well but they are undoubtedly the best and easy to handle and provide you a more user-friendly experience. So, what stops you from starting, you should give them a go and enjoy your programming.