The Google Play Store is packed with interesting games, but most of them pale in comparison with the best PlayStation 2 titles, such as Silent Hill 2, Ico, Shadow of the Colossus, the Ratchet and Clank series, Final Fantasy X, Kingdom Hearts 1 & 2, Wild Arms, or Persona 4, just to give some examples.

These and many other games are still fun to play, even though it’s been more than two decades since Sony released the PlayStation 2 console to great success. You can play them even if you don’t own the console or any of its successors’ thanks to PlayStation 2 emulators for Android.

What Is a PS2 Emulator for Android?

The PlayStation 2 console has the MIPS R5900 Emotion Engine CPU, which implements not only the MIPS-III instruction set but also much of MIPS-IV and a custom instruction set developed by Sony.

On the other hand, Android smartphones have CPUs based on the Arm architecture and typically support the A64 instruction set.

Since PS2 games were written with a completely different instruction set in mind than Android games, you need a PS2 emulator to act as a translator between two the instruction set.

Luckily for you, we know which PS2 emulators for Android are the best. While there are many seemingly attractive options in the Google Play Store, the truth is that only a few of them are worth downloading.

The rests are various clones and half-baked projects that are best avoided because they deliver poor performance, contain a lot of bugs, and, in many cases, cost way too much for what they do. 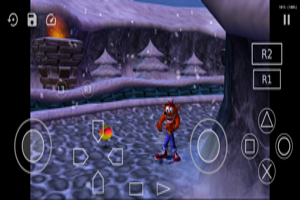 AetherSX2 is hands-down the best PS2 emulator for Android that you can download right now, and it’s only getting better and better.

The emulator is based on PCSX2, a free and open-source PS2 emulator that supports over 98% of the original PS2 library. To comply with PCSX2’s license, AetherSX2 is licensed under the LGPL license.

The developer of AetherSX2, Tahlreth, has been in close contact with the people behind PCSX2, who have endorsed the emulator on their website while simultaneously warning against fake emulators and impersonation attempts.

Besides being a legitimate project based on an emulator with a high level of compatibility and functionality, AetherSX2 also shines with its ability to deliver butter-smooth performance.

The developer recommends at least a Snapdragon 845-equivalent device, but the emulator can certainly run even on slower devices—just don’t expect steady frame rates.

AetherSX2 can be downloaded for free directly from the Google Play Store, and the emulator isn’t monetized in any way whatsoever. 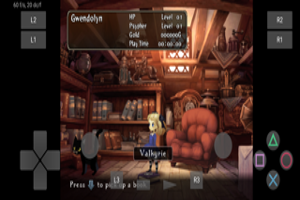 Play! is an ambitious PS2 emulator for Android because it’s not based on an existing emulator. Instead, the project’s goal is to create a high-level emulator that’s easy to use and compatible with as many PS2 games as possible.

New versions of Play! are released regularly, but the emulator is largely the work of a single person, Jean-Philip Desjardins, so the pace of development is a bit slower.

In its current stage, the Play! The emulator can play only about a quarter of all original PS2 games, which isn’t much considering that PCSX2, the emulator AetherSX2 is based on, can play over 98% of the original PS2 library.

So, what makes Play! Worth downloading? There’s one very important thing: the emulator doesn’t require users to provide a BIOS file. Since the only legal way to obtain a PS2 BIOS is to dump it from a console you own, this feature alone makes Play! An excellent choice for those who don’t have a PlayStation 2 console or don’t have the time to learn how to dump its BIOS.

Unfortunately, Play! It isn’t available in the Google Play Store, but you can download it for free directly from its official website and install it just like you would install any other third-party Android app. 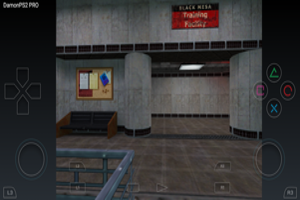 DamonPS2 Pro is a highly controversial Android emulator, and we were not sure if including it on this list of the best PS2 emulators for Android was a good idea. As you can see, we eventually decided to include it anyway because it’s still widely recommended even though there’s no real reason to spend money on it anymore now that AetherSX2 has been released.

The reason why so many websites and Android users still recommend DamonPS2 is simple: it took a very long time for a true alternative to this emulator to arrive. As such, many Android users begrudgingly paid money for DamonPS2 despite the fact that the team behind it stole code from the developers of PCSX2, redistributing it as a closed-source, commercial app.

The developers of PCSX2 even issued a DMCA takedown request against DamonPS2, but DamonPS2 developers, based in China, managed to temporarily remove their emulator from the Google Play Store to avoid a permanent ban.

But if you can look past all this controversy (you shouldn’t), then DamonPS2 is a fairly capable PS2 emulator for Android compatible with many popular games. Its performance is decent as well, but AetherSX2 is almost always faster.

Unfortunately, the free version of DamonPS2 is severely limited because many essential features, such as gamepad and cheat code support, are missing.

With the top 3 best PS2 emulators for Android listed in this article, you should be able to play most PlayStation 2 games on any newer high-end Android smartphone. To enjoy the best experience possible, we highly recommend getting yourself a phone controller like the Razer Kishi or the GameSir F2 Grip. You won’t have to deal with imprecise on-screen buttons, which can take the fun out of even the best PS2 games.

Do I need a PS2 BIOS image to use an Android emulator?
That depends on which emulator you choose. Our favorite emulator, AetherSX2, does require a BIOS image, but Play! Doesn’t.