Mojang’s masterpiece, Minecraft, is a program that helps users to enhance their creativity and improve problem-solving, building, collaboration, and even life skills. Minecraft is all about exploring, creating, and surviving. It is a simple adventure game in which a player has an entire world to explore, mine, and craft items to survive.

Minecraft is the only game that allows you to build anything you want! Like many other players, you may also want to spice up your Minecraft world. As a sandbox game, Minecraft has no specific end, and you may become bored seeing the same things every day. Luckily, there are tons of add-ons that can magically transform your world into a catchy world.

Add-ons can change the appearance of Minecraft, as well as many other things, such as the rules of the game and game mechanics.

Since Minecraft is played on a range of devices, such as PC (Windows, Linux, macOS), consoles (PS, Xbox), and smartphones (Android, iOS). The mobile phone editions are known as Pocket Editions, or PEs. Add-ons are also designed for a particular set of devices; for example, some add-ons could be PC or console exclusives, and others are specifically created for pocket editions. There are hundreds of add-ons available for Minecraft, so it can be difficult and time-consuming to find the best ones. This article will make your search easy by listing some of the best Minecraft add-ons available today.

The Castle Siege add-on is one of the add-ons that the Minecraft team highlighted to demonstrate the add-ons program for Minecraft. With this add-on, you need to defend your castle from a hostile army of mobs, and you can choose which side you fight for. You can either become a part of a mob army or a defending army. This add-on is older but is extremely well-liked. If you are just starting in the Minecraft mod world, then this is a must-have add-on. 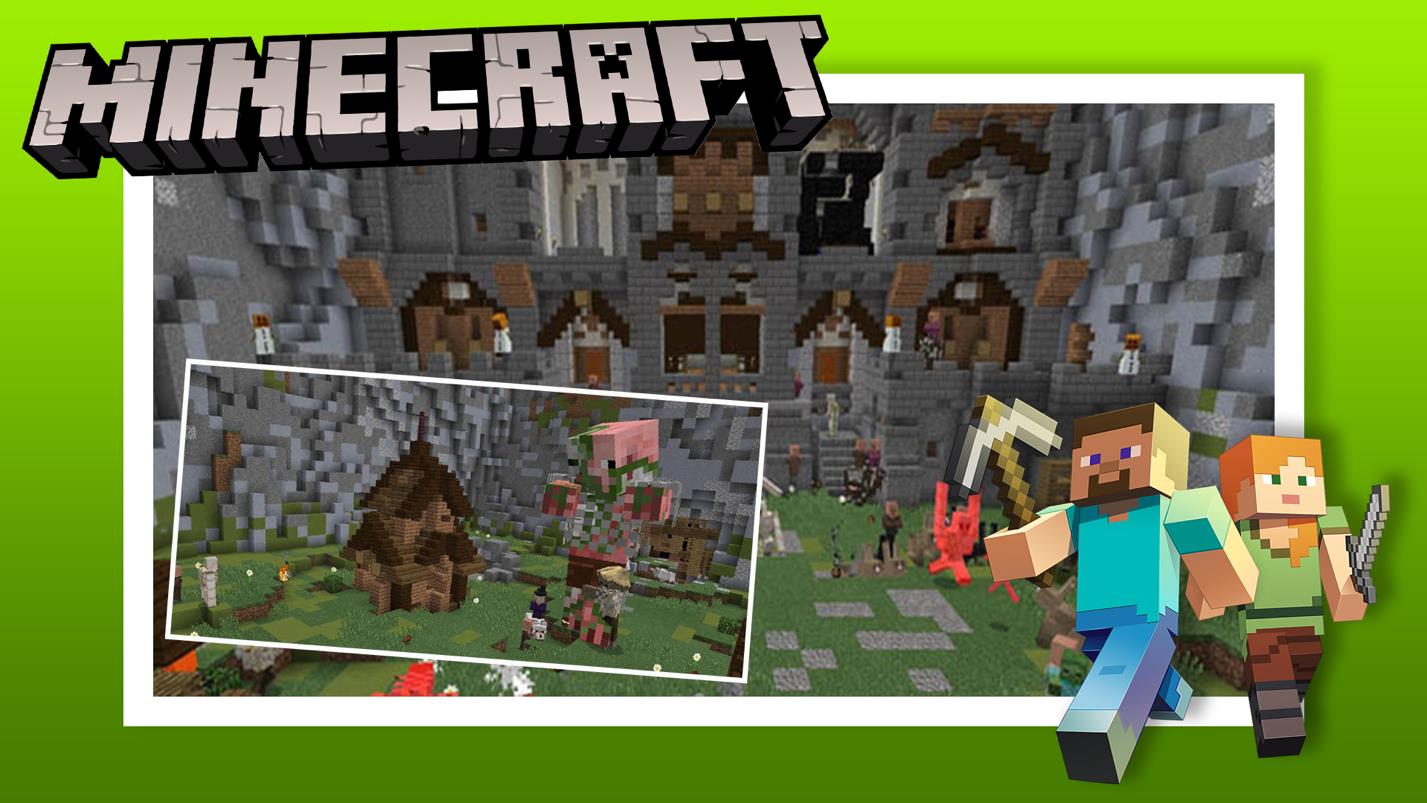 Another action-filled add-on for new Minecraft users, this add-on was the first add-on demonstrated at the E3 event by the Minecraft team. With this add-on installed, you will enter a futuristic alien world. Your objective is to kill waves of aliens and explore and defend the high-tech city. 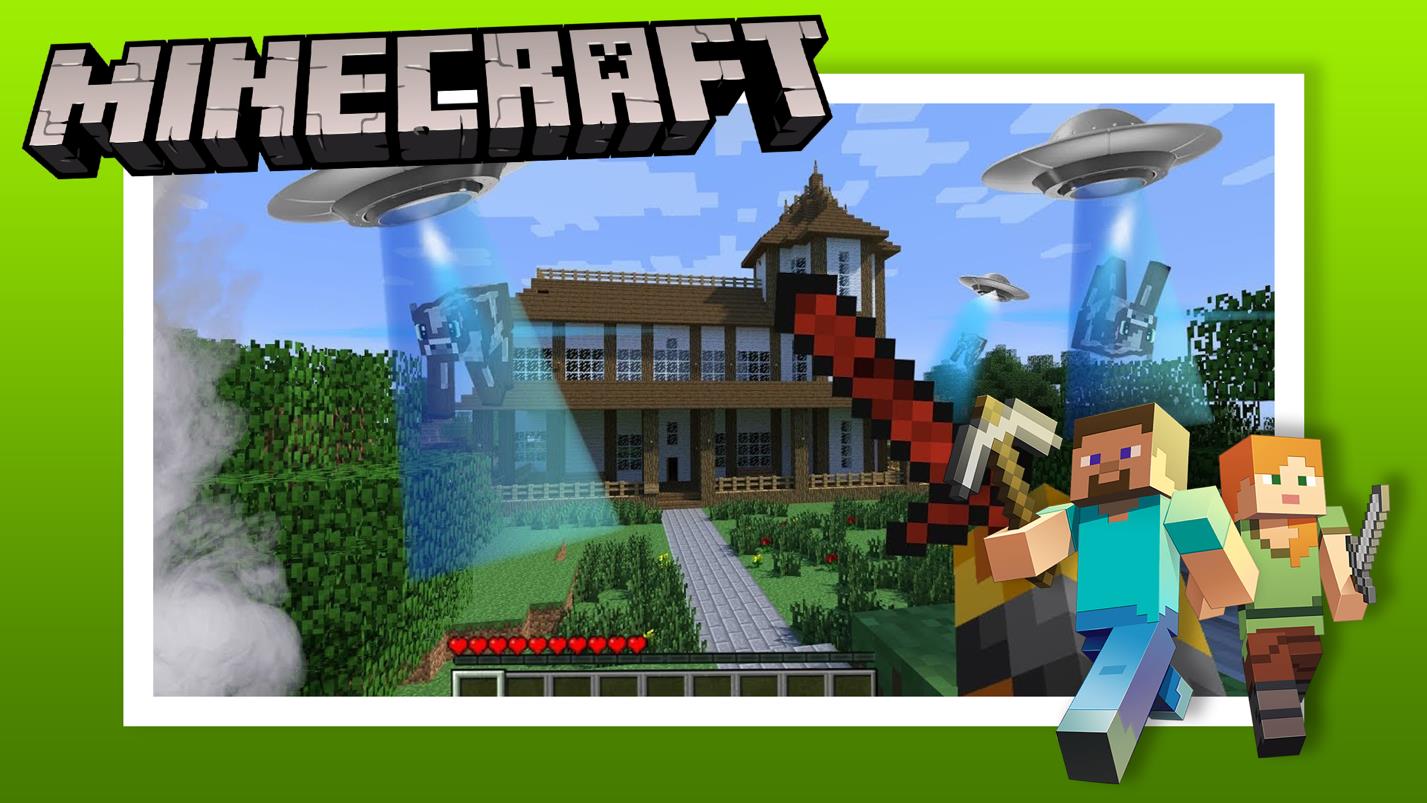 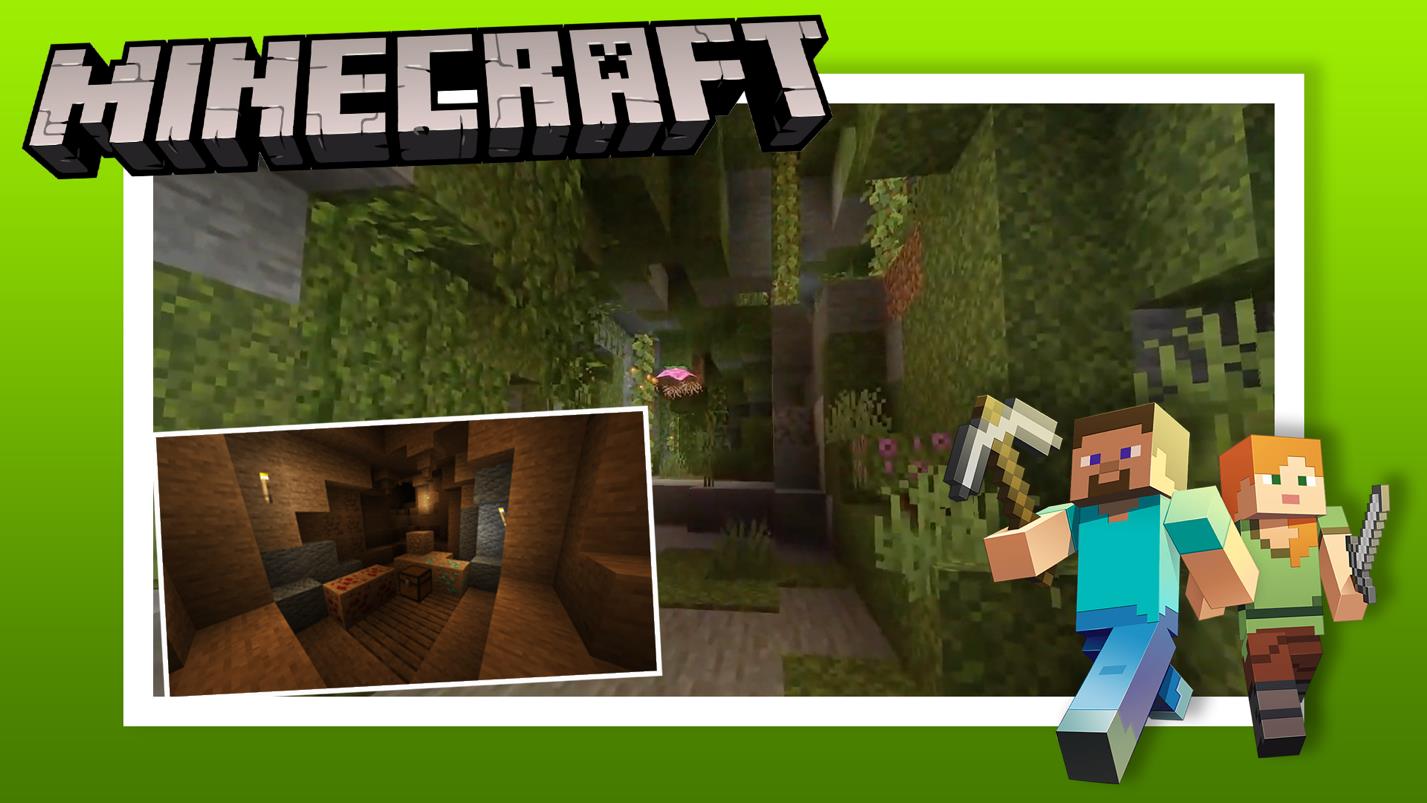 As its name indicates, this add-on is designed to allow you to craft colonies, large metropolitan cities, and other structures beyond your imagination. This add-on comes with town-building packs to enhance your building, crafting, and overall game experience. The pack included in the add-on allows you to create colonies with various crafting materials and even interactive NPCs, such as Farmers, Cooks, Carpenters, and Blacksmiths. Minecolonies is a free and open-source add-on that was developed and designed by the Let’s Dev Together (LDT) Community. 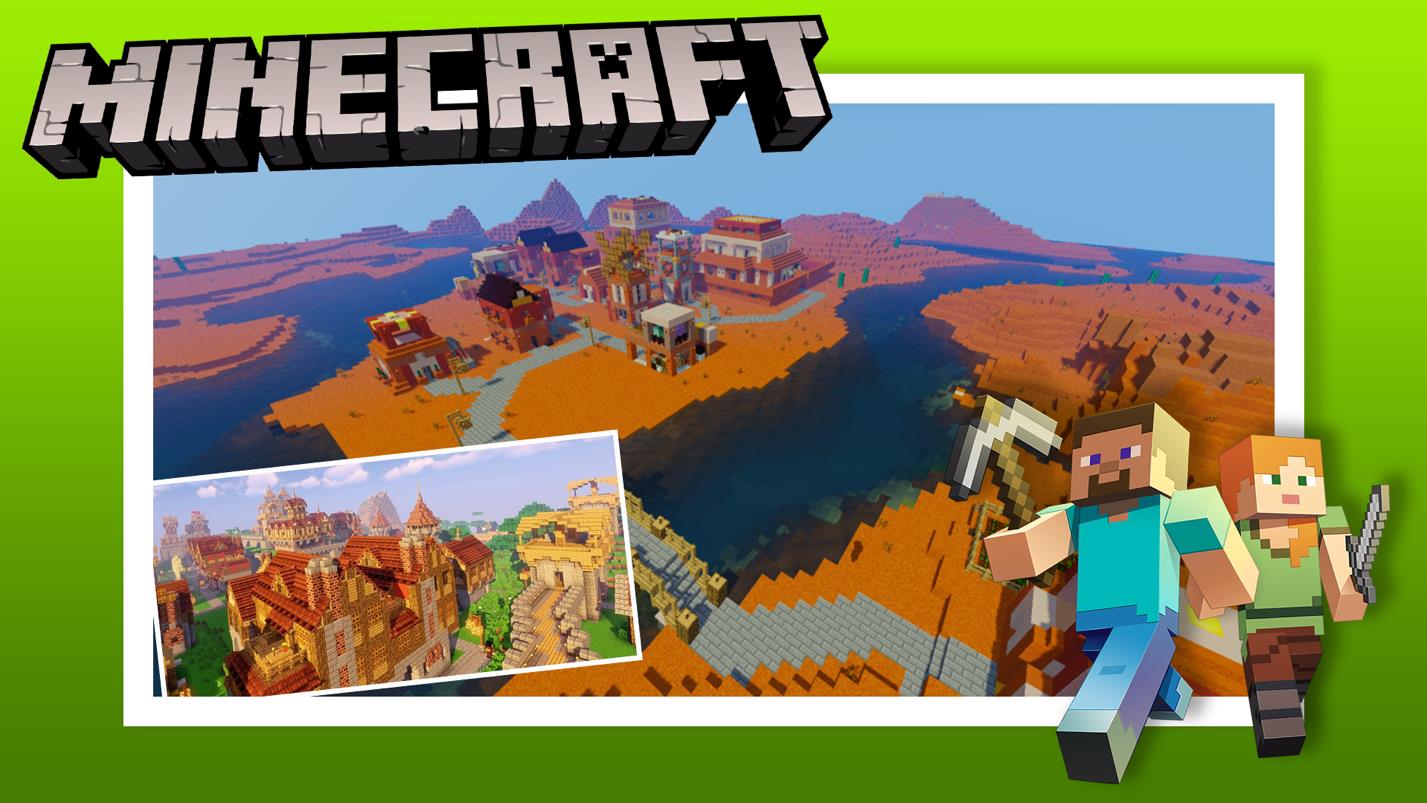 Dragons is another popular add-on that adds dragons to your world. This add-on was developed for pocket edition (PE). The developer Gona has replaced the bats in Minecraft with Flying Lizards. Having Dragons in your world is cool, but the most significant feature of this add-on is the ability to tame and train these dragons. The dragons will then assist you to fight against mobs and other hostile elements, making for an extremely interactive feature. 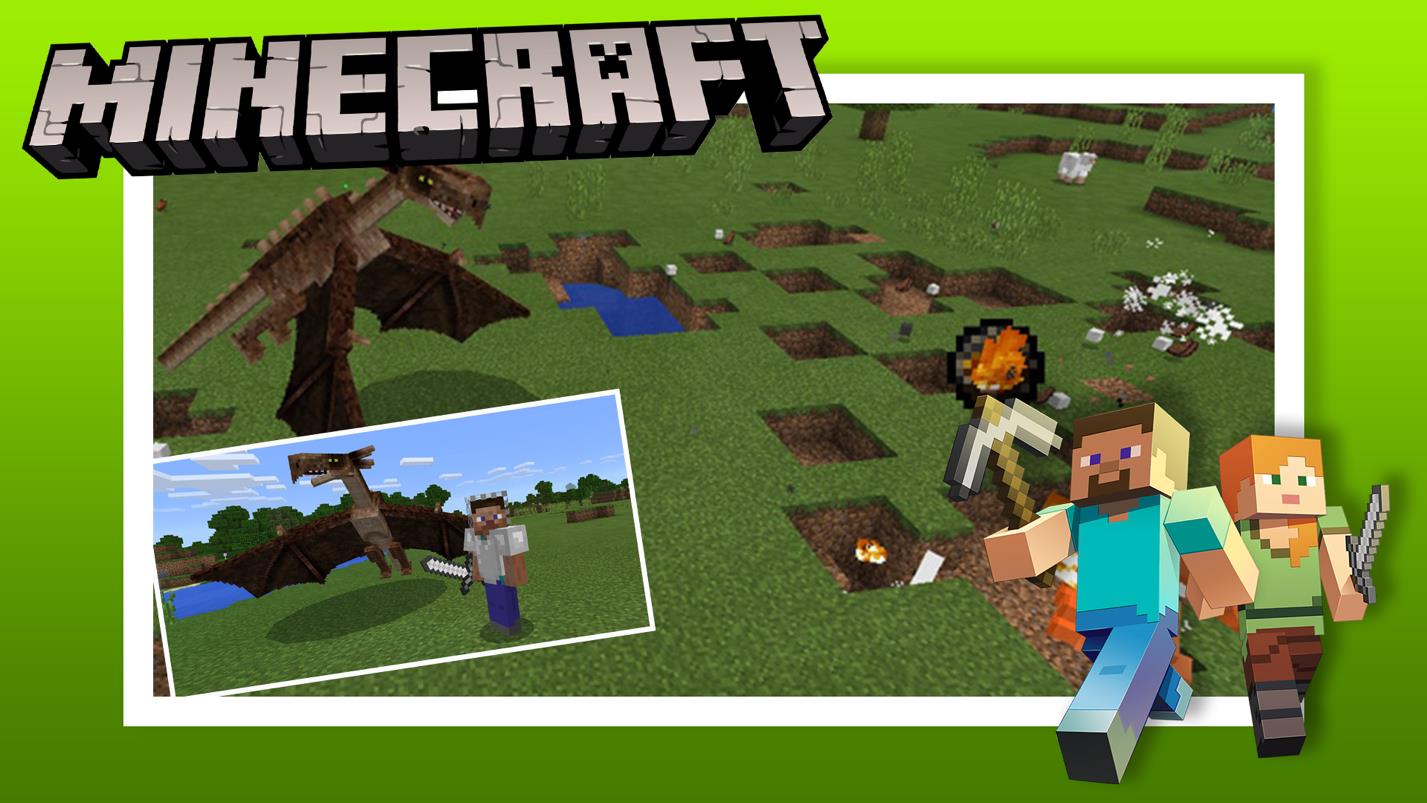 This add-on creates eight distinct mob towers in your world. Your objective is to find these towers to conquer them. A Stone Tower, Cobble Tower, Dessert Tower, Mesa Tower, and Sea Tower are spawned in your world with different biomes. Find the towers, fight with the mob, and reach the top of the tower, where you will face a Golem. Once you defeat the boss, the tower will start falling, and you will get HP, diamonds, and fireballs. 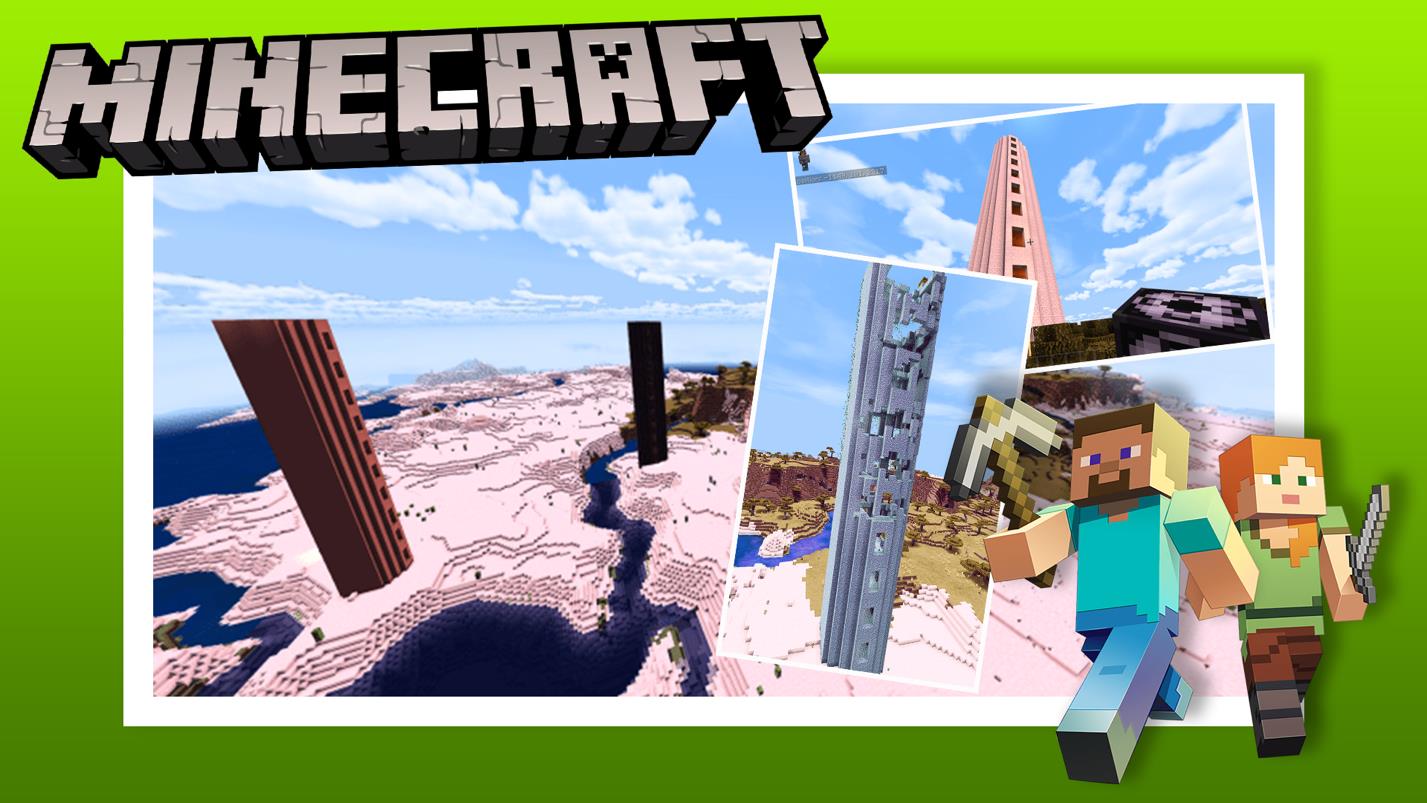 Amazing mobs is another PE add-on by Gona that allows you to add different types of mobs with interesting characteristics. This add-on comes with 11 different creatures, and many of these creatures can be treated as a pet.

Amazing Mobs replaces the default Minecraft creatures with new creatures. For instance, the Titanis, a hostile, prehistoric bird, replaces the boring default chicken. Other creatures include Scorpions, both neutral and poisonous, and Unicorns to replace the default horses. Zeus is neutral until you try to mess with him. Ants are neutral, as well, but are hostile against those who try to harm the environment. 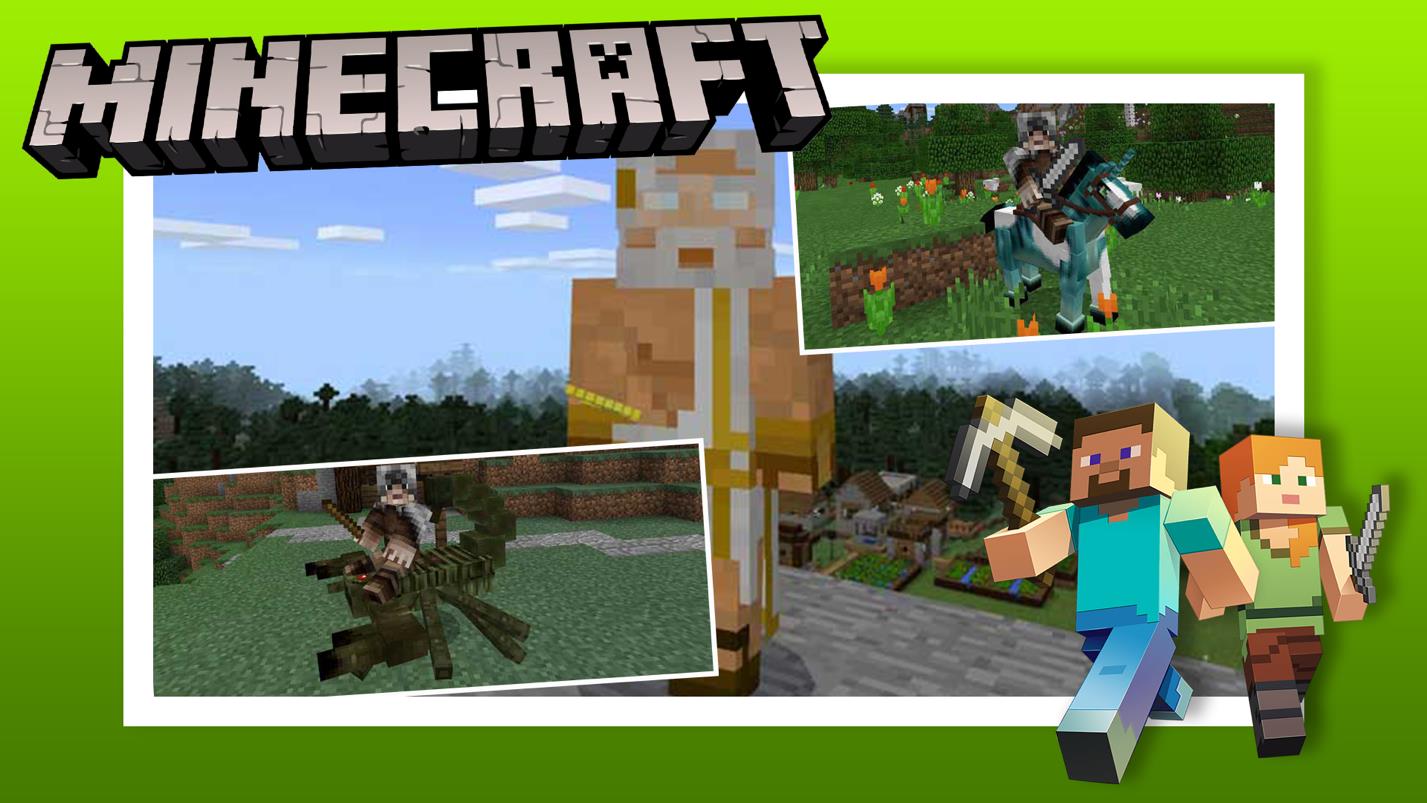 As its name indicates, this add-on is all about adding mutant creatures to the game. If you want to make your Minecraft experience a bit more challenging, then this add-on is for you. The add-on comes with 16 creatures with incredible powers added to the Minecraft bedrock. Ultra-powerful Zombies, Creepers, Stray Skeletons, Mutant Golems, and many more creatures are ready to challenge your presence in this world. 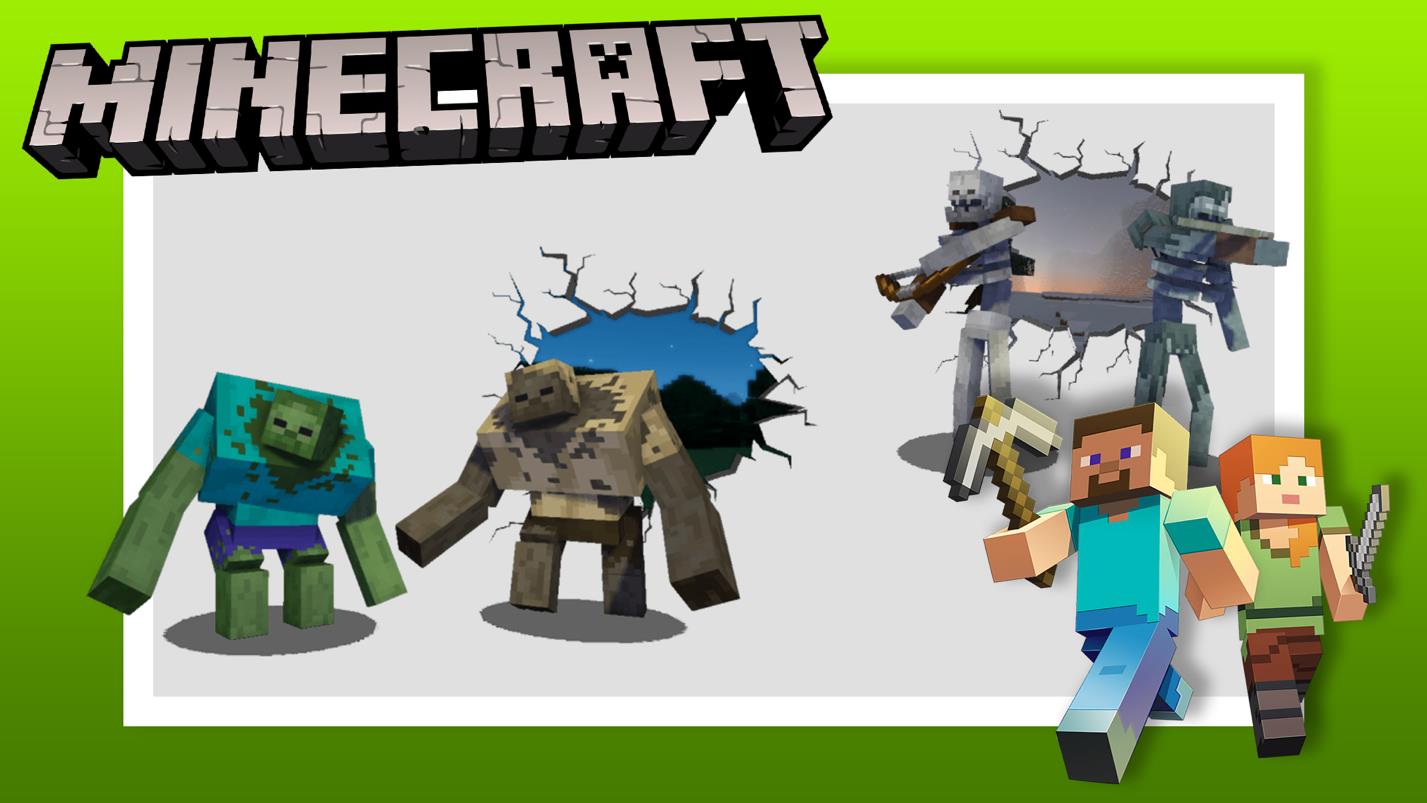 This add-on adds a giant mechanical robot to the game that can be controlled by the player. The developer of this add-on took inspiration from Pacific Rim, a science fiction movie in which robots fight against aliens. The robot replaces the iron Golem in the game.
The robot is immune to fire and has 27 storage slots, 30 melee attacks, long-range fireball attacks, and 500 heart health. 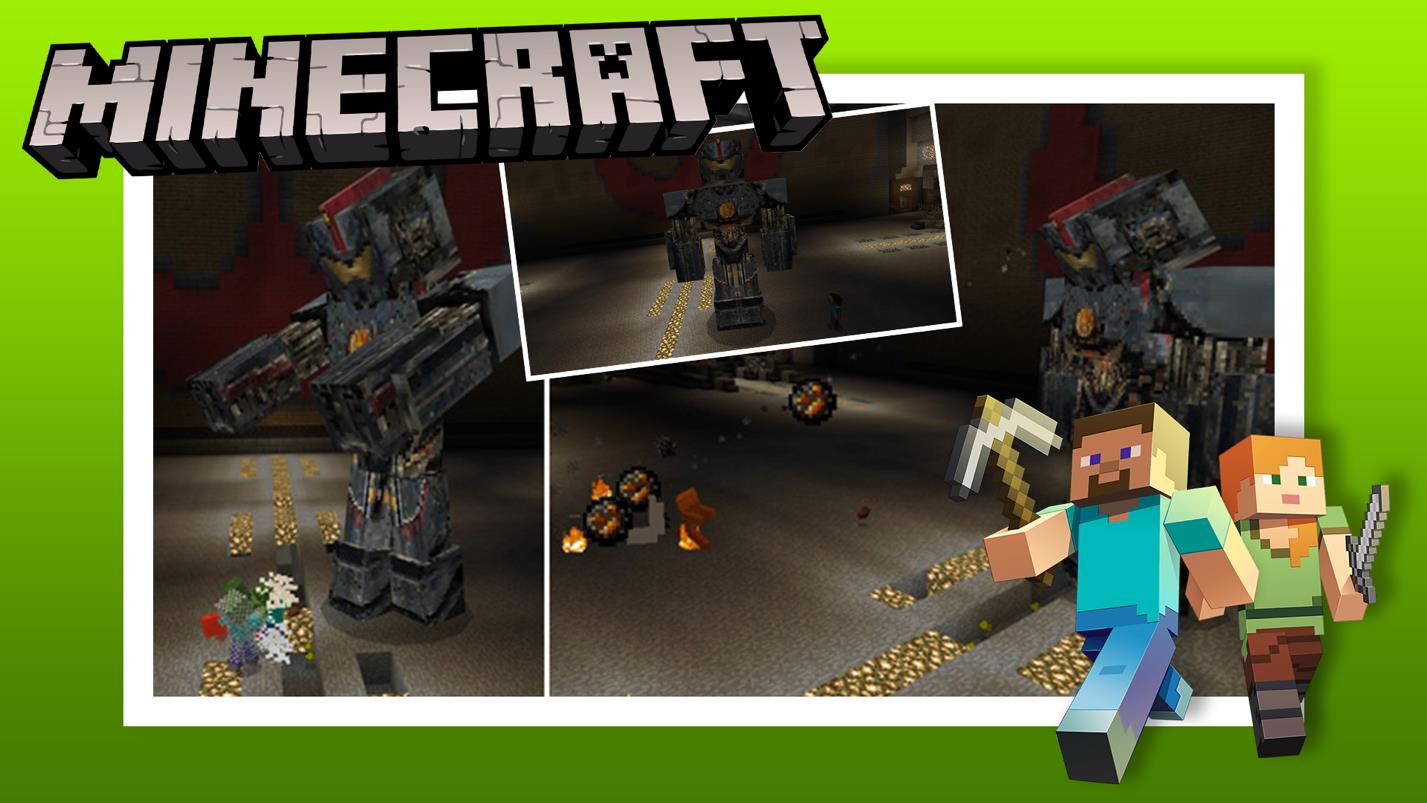 The Crafting Table + add-on helps users to craft rare items, such as diamonds, Elytra, Redstone, nether star, and more. This add-on adds 10 recipes to your recipe book to make the crafting of rare elements easier. All you have to do is open the recipe book, find the recipe, and search for the required items to craft your favorite rare element. Turn on the experimental mode to let this add-on work. 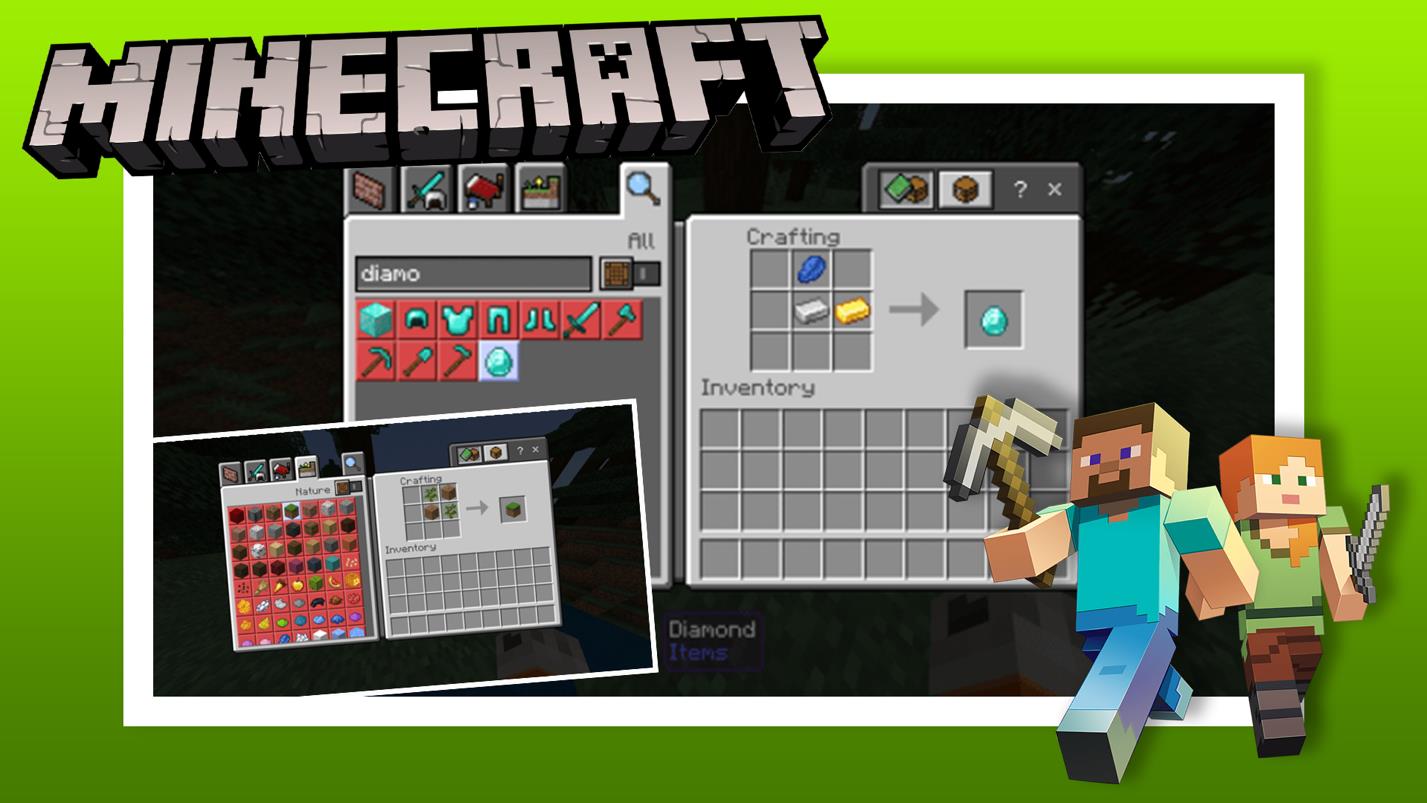 Are add-ons for Minecraft free?

As many Minecraft add-ons are created by the Minecraft community, a lot of add-ons and mods are posted online as free downloads, which is great — community spirit is important.

You may; however, have to fork out for add-ons purchased from other players in the Minecraft Marketplace. The currency in Minecraft is known as Minecoins (or Minecraft Coins). This is what you use to buy things off fellow players in-game, but unfortunately, much like Bitcoins or ETH, Minecoins cost real money to acquire.

So, for the most part, yes, you can enjoy lots of add-ons without spending a penny, but depending on where you’re sourcing them, you may have to invest some Minecoins.

Where can I find Minecraft add-ons?

If you’re just getting started with Minecraft, and you want to take some add-ons for a test drive, I highly recommend visiting the Minecraft website before venturing anywhere else.

As part of the add-on rollout, the Minecraft team highlighted some examples to showcase the potential of the additional content. They may be getting a little long in the tooth, but these original add-ons are still considered some of the finest and most enjoyable of the lot.

If you want an immersive gaming experience, you can visit the Minecraft Marketplace, an in-game store stocked with community-made content. There’ll be plenty of add-ons here made by your fellow world builders.

Otherwise, you can find Minecraft add-ons on numerous web stores and sites such as Google Play, Curseforge, and Tynker.

If you’re an advanced player at this point, you could even try your hand at developing your own Minecraft add-ons. You can then become one of the merchants of the Minecraft Marketplace and earn yourself a few Minecoins — lovely!

What is the best add-on in Minecraft?

Remember when I mentioned the add-ons that Minecraft highlighted as examples of the add-on system earlier? Well, one of them, Castle Siege, is still considered to be one of the best around.

Using the basic castle defense formula utilized by so many web-based mini-games in the past, Castle Siege allows you to defend against or become part of an invading army, and it’s tons of fun.

It’s a simple fact that dragons make everything SO much cooler, which is why a personal favorite of mine is Dragons, an add-on that transforms the bats in Minecraft into the fire-breathing lords of the sky.

According to the Minecraft team, the top-rated add-on at the minute is Villagers Come to Life by Gona. This creative approach to add-ons imbues those benign placeholder villagers with more human characteristics.

They get fresh skins, become more active in the community, they can even form relationships and have babies with one another. Furthermore, if need be, you can hire them as guards to keep you safe when monsters come a-knocking.

How do you add add-ons in Minecraft?

The good news is that the Minecraft team loves add-ons. They actively encourage you to use them to augment your game, so you can get as much fun out of it as possible. So, to make installation easy, quick, and painless, they’ve created a list of comprehensive INSTALLATION INSTRUCTIONS.

Simply pick out your platform from the drop-down menu, and the user-friendly guide appears below.

Minecraft with endless possibilities, which is what keeps players engaged. You can create anything you want in Minecraft, but for crafting, you will need the required materials. Sometimes, doing the same thing repeatedly can make the experience boring, and to spruce up the game, the Minecraft team has introduced an add-on feature that allows users to change the gameplay experience and overall appearance of the world. In this post, we discussed some of the more popular add-ons that can add different flavors to your normal Minecraft world. Add-ons like Alien Invasion and Castle Siege are good examples for developers working on add-ons. Meanwhile, Cave Update completely alters the Minecraft cave experience, and Mutant Creatures adds enemies to make the game experience a bit more difficult. Dragon is a PE add-on that comes with the interesting feature of taming dragons and using them against mobs. All in all, add-ons give players the ability to enhance gameplay functionality with a completely new set of rules.