The Legion series from the world-famous Lenovo is no doubt one of the best gaming laptops series in the world because of their convincing performance, incredible cooling system, awesome display, and outstanding audio.

In this article, we will go through the features and specifications of the top 2 laptops from the legion series by Lenovo and they are

The above-listed laptops are gaming-centric and looking at the specifications it can be confusing which one to buy so we are here to help you with that as we go through all the features and specs.

Lenovo Legion 5 comes with a different CPU, GPU, Storage, and RAM but we will go with AMD Ryzen 5 5600H CPU which is paired with NVIDIA RTX 3060. It has 8GB 3200MHz DDR4 RAM and 512GB NVMe SSD and you will get ultimate performance with these components. 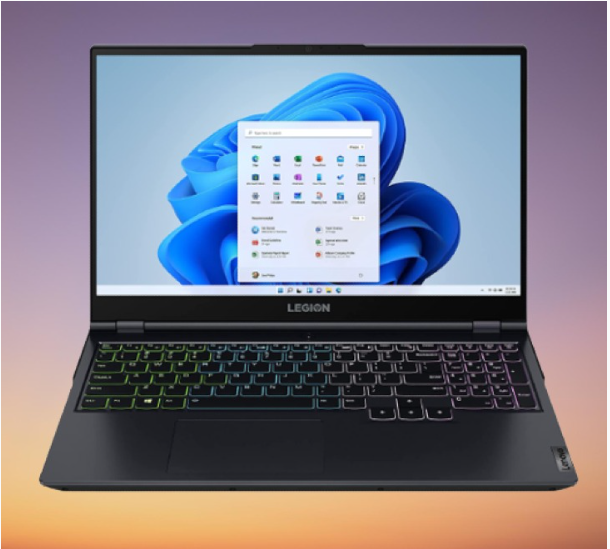 It features a full HD (1920×1080) matte display with a refresh rate of up to 165Hz which lets you experience smooth gaming with stable FPS.

Lenovo Legion 5 comes with the following features for gamers.

The display on Legion 5 features a 15.6” matte display with a Full HD (1920 x 1080) IPS panel with a response time of just 3ms and a refresh rate of 165Hz for optimal performance. The colors are good but the brightness isn’t bright enough.

It features NVIDIA RTX 3060 which brings the 2nd generation of Ray Tracing which is a lighting technique from NVIDIA to bring more realism to your graphics.

Lenovo AI Engine is a Legion exclusive which is responsible for dynamic power shifting between CPU and GPU which makes it power efficient while increasing performance in terms of FPS.

Lenovo Legion 5 features AMD Ryzen 5 5600H processor with 6 cores and 12 threads which deliver excellent performance. It has a base clock of 3.3GHz that can go up to 4.2GHz. AMD Ryzen 5 5600H supports windows 11 so it is future-proof.

Lenovo Legion 5 performed well enough to be called a gaming laptop and you can see the FPS it can generate in the table below.

Looking at the above table we conclude that Lenovo Legion 5 is a good gaming laptop and you can play every game on it with the highest settings at good stable FPS.

The specifications of Lenovo Legion 5 are as follows

Lenovo Legion 5 is a well-built laptop with power specs. It is a fast, efficient, and cool laptop. It can play all games at max settings that you throw at it and in the pricing department, it looks like the best option in the range and it should be called the best mid-range gaming laptop with great value for money.

The audio and camera quality could’ve been better but they still do the trick while the rest of the laptop looks fine.

Lenovo Legion Slim 7 is perfectly engineered with lightweight magnesium and high-grade aluminum. It is just 18mm thick and it is the world’s lightest gaming laptop with some of the amazing features and power specifications that we will discuss below. 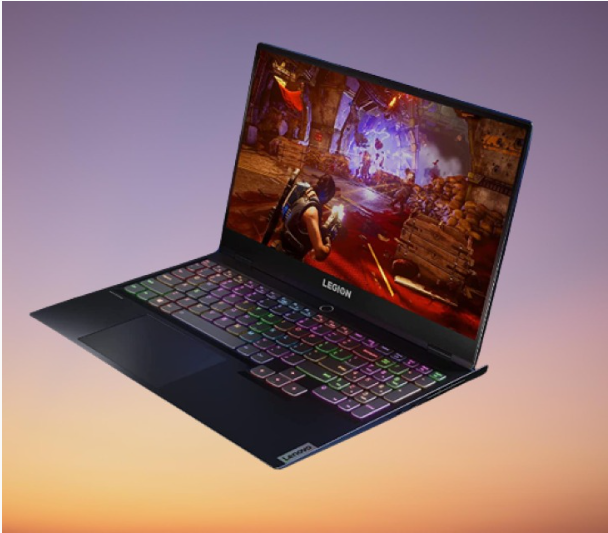 It features a stunning display of a 15.6” WQHD (2540 x 1440) IPS display with excellent color accuracy. The peak brightness of just 300nits looks a bit off but the display impressed us as we watched 4K movies and played some games it didn’t disappoint but we loved it.

It has a refresh rate of 165Hz which is an absolute necessity when it comes to gaming because we gamers require smooth gameplay with higher FPS which is possible with higher refresh rates so 165Hz.

Lenovo Legion Slim 7 did a good job when tested for gaming all thanks to its Ryzen 5800H processor, RTX 3060 GPU, 16GB DDR4 RAM, and the FPS that it can generate as shown below.

It packs one of the best gaming keyboards ever featured by a gaming laptop and it is called the Legion TrueStrike keyboard which has soft switches, built-in vents for air intake, amplified response times, and beautiful RGB lighting.

The audio module features Nahimic audio for gamers for the best 3D sound experience and this can be greatly beneficial for gamers and can give them the upper hand over their opponents. Legion offers BT Link technology that lets any Bluetooth speaker turn into a surround sound system.

Lenovo Legion Slim 7 remains cool even in high performance all thanks to Legion ColdFront 3.0 which is known for its intelligent air intake system and turbocharged dual fans. It is perhaps the best thermal system a laptop can get in the current era.

It features NVIDIA RTX 3060 which brings the 2nd generation of Ray Tracing which is a lighting technique from NVIDIA to bring more realism to your graphics.

The specifications of Lenovo Legion Slim 7 are as follows.

Lenovo Legion Slim 7 has a beautiful and slim body with powerful hardware inside that includes Ryzen 5800H processor, RTX 3060, 16GB 3200MHz DDR4 RAM, 1TB PCIe NVMe SSD, and together they are good enough to run all the games you play at it with highest settings and 1080p resolution (FPS table included above).

The brightness is not enough especially when it is used outdoors or in bright rooms. I don’t know why some of the ports are positioned at the back of the laptop and that is awkward. The webcam could’ve been better. Apart from a few differences, everything looks good enough for this laptop to be called smart and powerful.