Thankfully, the COVID19 vaccination is rolling out across the USA. It’s also been a few months since we saw all the major GPU releases. This means one thing. Prices are about to come down a whole lot.  So, this may be the perfect time to invest in the best GPU NVidia. AMD is also on top of their game. However, in this article, we are focusing only on team green’s greatest hits so far.

From speedy high performance (and equally high priced) silicon’s to medium performance (and budget-friendly) GPUs, this is the best you can get in 2021. PS: the price of GPUs goes up and down faster than a pendulum counts a minute. That’s why the value for the money differs depending on what time of the year it is and whether the stocks are tight or not. In any case, let’s first take a look at our Buyer’s Guide, followed by reviews of the best NVidia is offering today.

Of course, clock speeds, memory, memory speed, CUDA cores, ray tracing, and TFLOPs count all essential aspects of assessing a GPU’s performance. But in this section, we will talk about some other factors that need equal consideration. These are:

Farm Factor
Take a look at the dimension of the card. Does your motherboard have ample room to fit in the card? GPUs come in all shapes and sizes: half-height, single-slot, dual, and even triple slot types. If a card is big, it can block an adjacent slot. So if you have a mini motherboard, look for a mini card.

TDP rating
Thermal Design Power or TDP measures heat dissipation. It also shows how much power you need to run a card at stock settings. Generally speaking, if you’re going for any of the best GPU NVidia mentioned above, you will need at least 850W PSU. For regular gaming cards, on the other hand, even 600W is enough.

Power Connectors
Serious gaming cards draw more watts from the power supply than the standard 75W an x16 PCIe can provide. Therefore, you have to connect additional power connectors that come in 6 or 8-pin variations. Some cards have only one of these types, while others can have as many as 8-pin ports on the same card.

Ports
Modern monitors have HDMI/DisplayPort, while older models use a DVI port. Therefore, you should make sure that the card you’re buying has the port your monitor supports. Otherwise, you will need to invest in an adapter (or a new display).

Cooling
THE high-end GPU’s mentioned above dissipate a lot of heat. A cooling mechanism on a card may be different depending on the manufacturer you’re opting for. MSI, EVGA, and ASUS are great GPU manufacturers, but their cooling performance cards may vary. That’s why we recommend investing in a proper liquid cooling mechanism to protect your hefty investment. 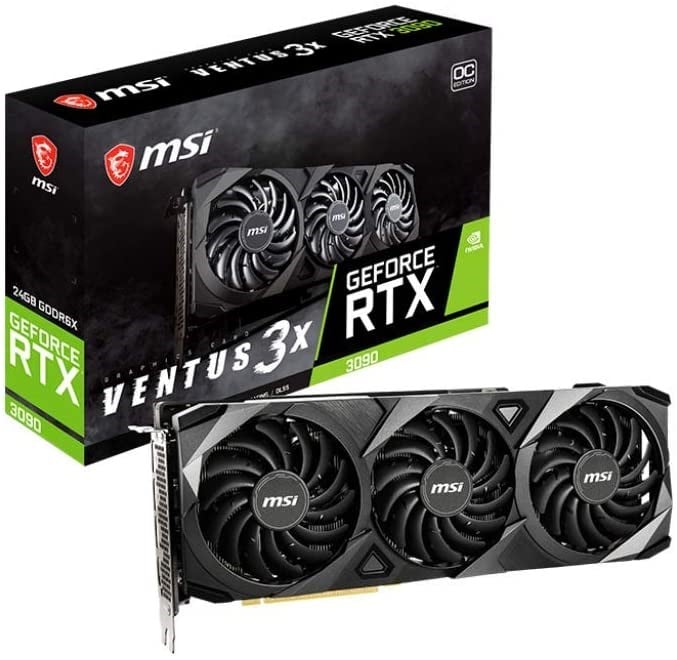 NVidia’s latest is a powerful chip. Colossal in size, just as in performance, the RTX 390 isn’t even intended for an average gamer. It targets creative professionals, 8K gamers, and computing-intensive app acceleration. That’s one reason why it doesn’t come with an average price tag, either.

As for performance, it is faster than anything we have seen before. NVidia claims that this card can deliver even 8K frame rates @ 60fps in games with ray tracing enabled, thanks to DLSS. We tested this claim with Red Dead Redemption 2, and not surprisingly, the results are off the charts. 8K gaming is a walk in the park for this beast.

Overall, we wouldn’t recommend it for gaming alone. This one is a creator’s card. It has an astonishingly powerful GPU and a massive frame buffer that offers personal creation on a level never seen before. Priced around $2100, RTX 3090 is your guy if you’re looking for the best card in the entire market right now. 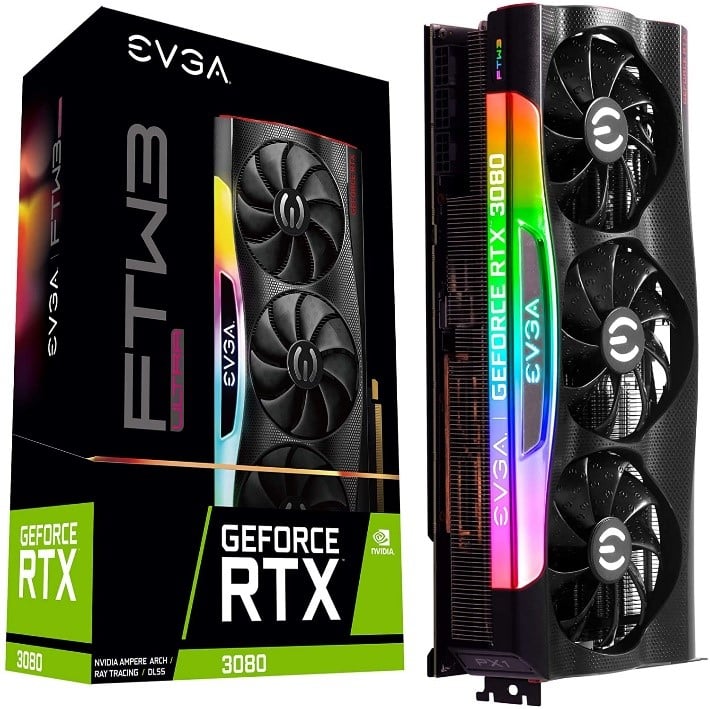 Coming in second is NVidia’s most popular GPU right now. It’s capable of what can be termed the second-gen of Ray Tracing. The initial Ray Tracing enabled cards required a significant frame rate sacrifice. NVidia’s latest 3000 series takes good care of that.

NVidia has added many more CUDA cores to the mix in this 8nm chip to manage this feat. Besides, it has also updated GPUs Tensor Cores and RT Cores. So, you get extra DLSS goodness along with overcoming the ray tracing challenges.

That said, 3080 is for professional gamers who want smooth frame rates without spending extra on an RTX 3090. It has almost the same features and is overall a better pick if you’re looking for that raw gaming performance. However, if you want 8K gaming @60fps, 3090 obliterates any competition offering this experience. 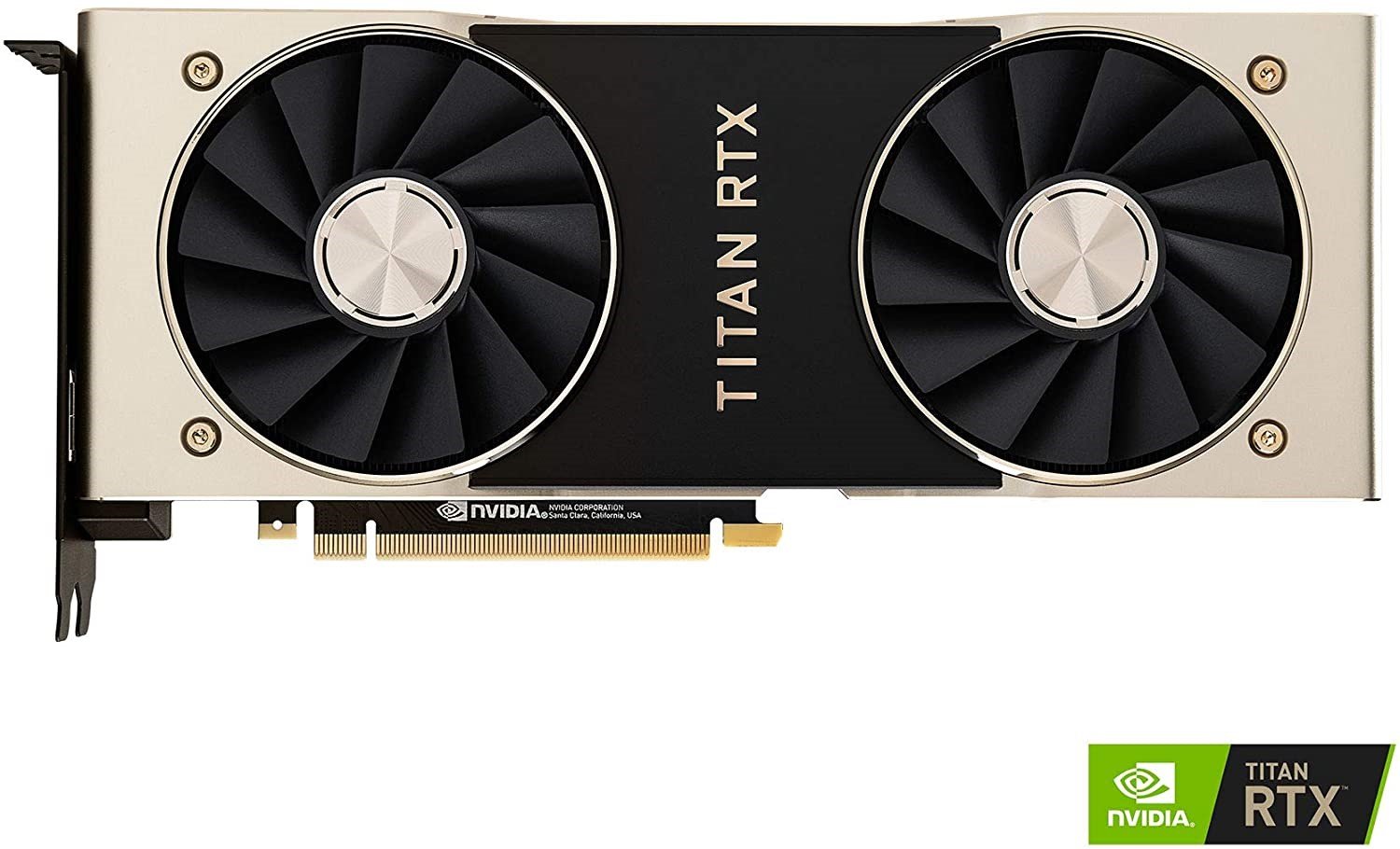 Even though Titan RTX lost the battle to RTX 3080 and RTX 3090 in our list of the best GPU NVidia, it’s still an 8K monster worthy of the top 3. In essence, Titan RTX is intended for content creators, researchers, and digital professionals who’re looking for a top of the line rendering performance.

But Titan RTX is priced higher than in 3090. This begs the question, is it outdated now? Before answering this question, let’s first examine some of its specs and compare the performance to 3090. Only then can you have a better understanding of the two.

Based on NVidia’s Turing architecture, Titan RTX has 4608 Cuda cores, 24GB GDDR6 memory, a boost clock speed of 1770 MHz, a memory clock speed of 14 GT/s bringing 130 TFLOPS of performance. Comparatively, these specs come short of what 3090 and even 3080 has brought to the table. And as anyone can guess, both of them perform better in all performance benchmarks.

However, both RTX 380 and 3090 need 350 Watts of power to run. Titan RTX, on the other hand, requires just 280 Watts. That’s a power difference of 70 Watts, significant enough to cast a massive dent in your yearly electricity bills. So, if long term cost is your primary concern, Titan RTX is worth spending some extra upfront. 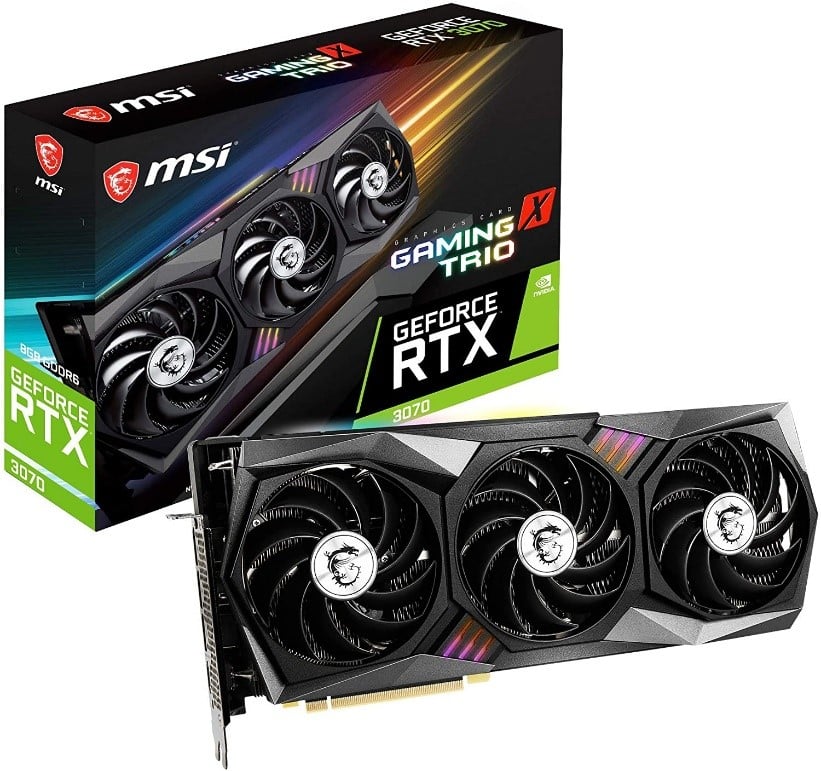 Well, RTX 3070 has almost doubled in price during the last few months. Still, it’s the only high-end NVidia GPU that can be called reasonably affordable. The RTX 3070 is also impressive because of matching the top-string Turning GPU’s performance, the RTX 2080Ti, for two-third of the price.

Moreover, RTX 3070 is the only GPU in the entire Ampere lineup that offers somewhat reasonable power consumption. It’s rated at 220W, significantly lower than any of its peers.

All in all, RTX 3070 is the best GPU NVidia for most people. It brings 4K gaming on to the mainstream for the first time. DLSS is also a neat trick to improve the card’s overall performance. Other features like Broadcast and Reflex are just icing on the cake at such a comparatively low price. 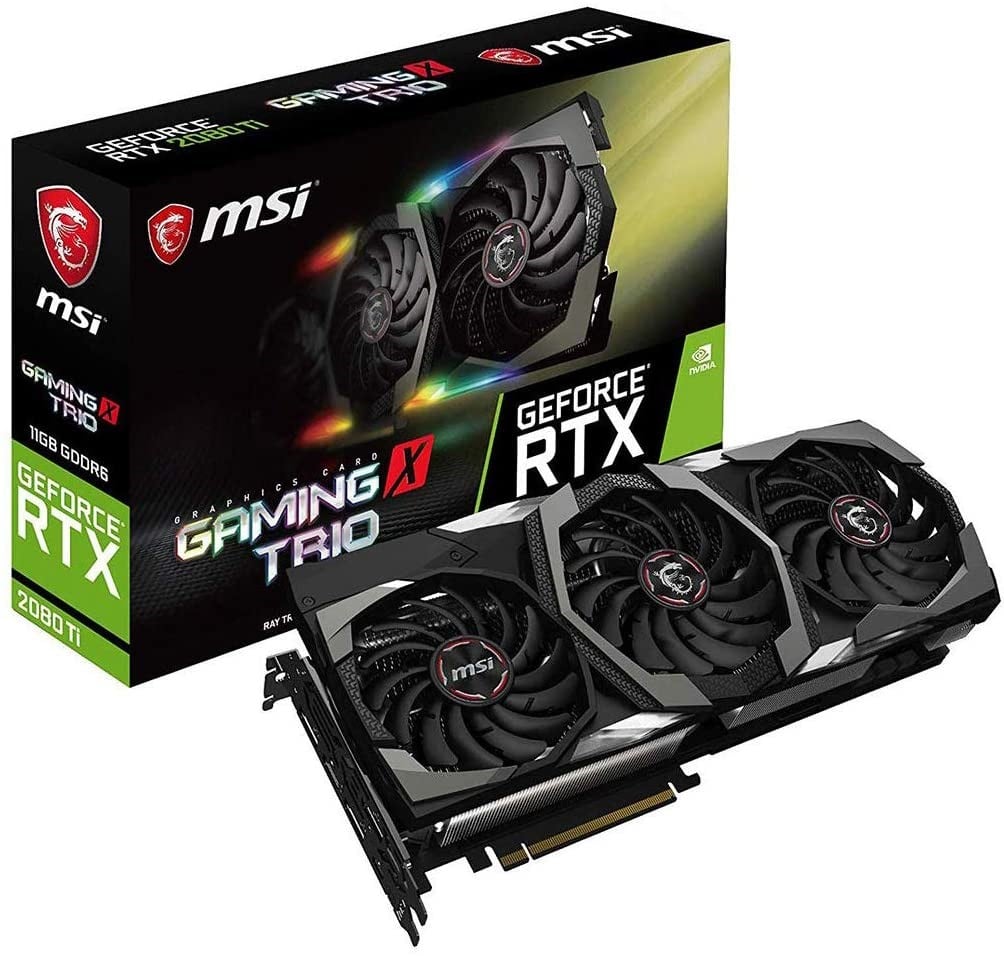 NVidia’s GeForce RTX 2080 Ti remained a top-dog for a very long time. It only got dethroned by the 3000 series recently. However, it remains a monster in gaming performance. It brings impressive ray tracing, RT cores, and the AI-based Tensor Cores to any GPU intensive task.

As for performance, we were able to play Destiny 2 @ 70-100 fps as the game ran on 4K HDR. We noticed the GPU drew more power to reach this level, around 277W, and the PC got hot quickly. So be sure to have some excellent cooling mechanism in place before you start tinkering around with the GPU.

With more and more games like CyberPunk 2077 and COD: MW joining the list of titles that support Ray tracing, RTX 2080Ti comes in handy to get the best performance during a game. However, its steep price is sure to deter some potential users.

Undoubtedly, the best GPU NVidia right now is RTX 3090. Others like 3090 and RTX Titan come in a close second and third on our list. These cards are the best you can get in 2021 and worth the extra splurge of money. Just keep their intended purpose in mind. For instance, if you don’t need 8K, don’t spend extra on 3080, 3090, or even Titan. 3070 would do just fine in this case. That’s all for now. Thank you for reading!