Minecraft is an open world game where you can roam around and explore different worlds available in game. There are lots of items available that you can use to craft different objects and those items are spread all around the Minecraft world.

While exploring the Minecraft world, you will face different types of mobs that try to kill you and you can’t protect yourself if you don’t have any weapon in your inventory. In such critical situations, a bow is one of the most useful weapons that can help you as it is a ranged weapon, and you can kill enemies from a distance.

Sometimes the mobs are too strong to be dealt with an ordinary bow so you need an enchantment that improves its capability and provides some additional features that are not available in a basic bow. So, in this article we will show you some of the best enchantments for a bow that can help you in difficult situations.

How to craft a Bow in Minecraft

The first step is to craft a bow first before performing an enchantment and for that you need three sticks along with three pieces of string and then arrange them in a specific order in the crafting table as shown below. 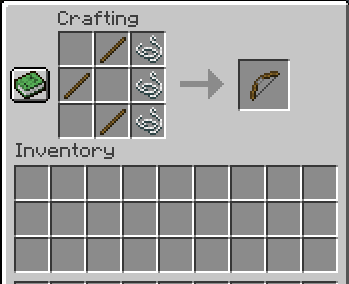 Now this is how a simple bow will look like when you equip it. 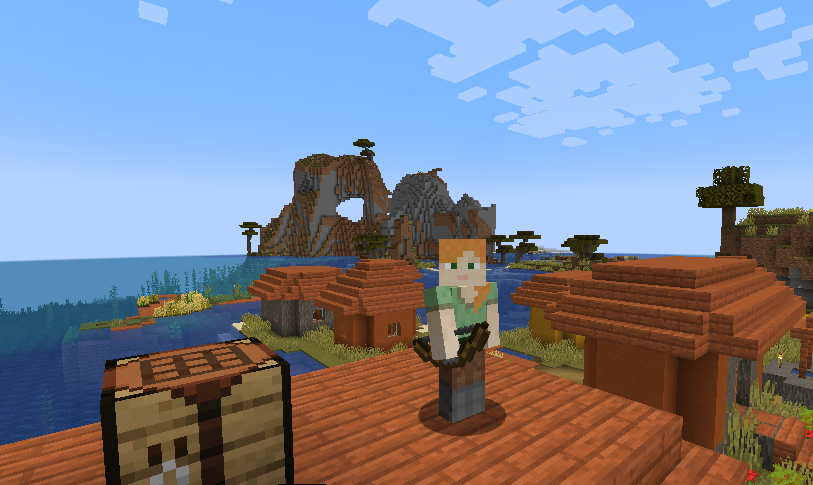 Best enchantments for a Bow

Before doing any enchantment, you need to first craft the anvil and for that, you need three blocks of iron and four iron ingots and then place them accordingly as shown below. 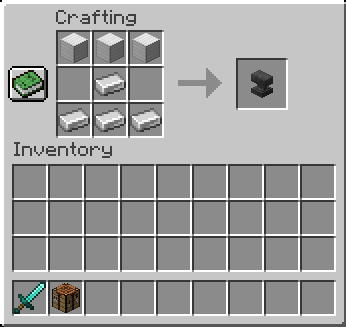 Now you need to equip the anvil from your accessories, place it anywhere on the surface, and then right-click on it to do the enchantment. You need to place a bow along with an enchantment book inside the anvil that you can get from the farmers in the village. 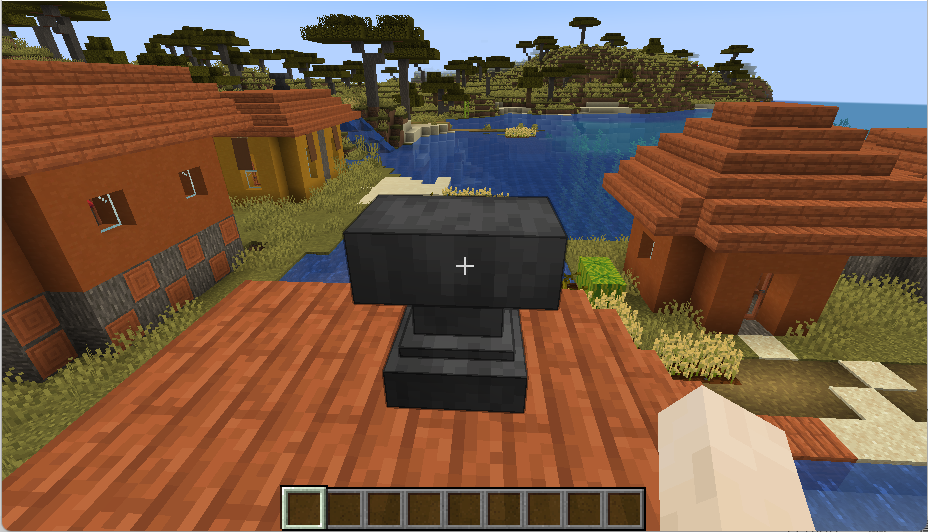 The ‘Flame’ enchantment is the first one that we are going to discuss. With this enchantment on your bow you are not only able to attack the mobs, but also able to put them on fire. 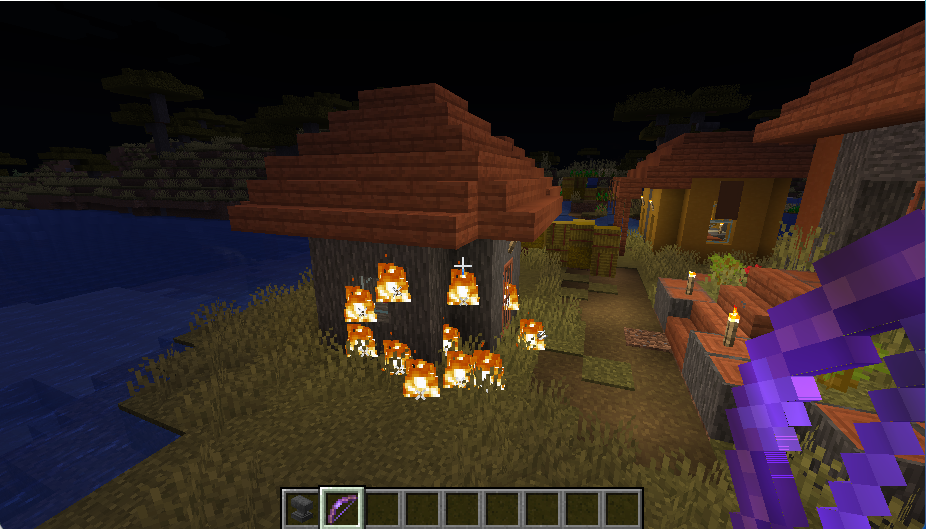 To perform this enchantment, you need a bow along with a ‘Flame’ enchantment book and place them in an anvil as shown below. 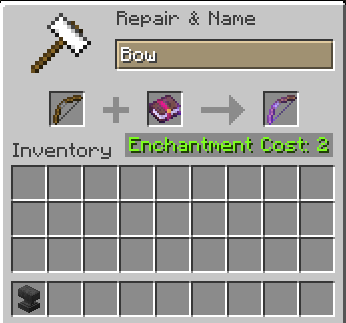 This enchantment will help you shoot multiple arrows at once. You can perform this enchantment on the bow by placing it with an ‘infinity’ book inside the anvil as shown below. 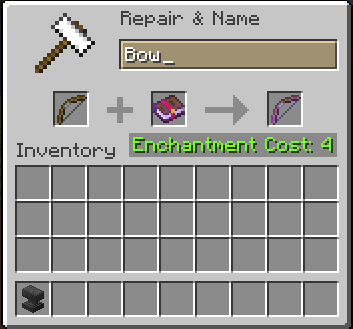 With this enchantment, you should be able to increase the attack power of the bow. You can do this by putting the bow along with a ‘Power’ enchantment book inside the anvil as shown below. 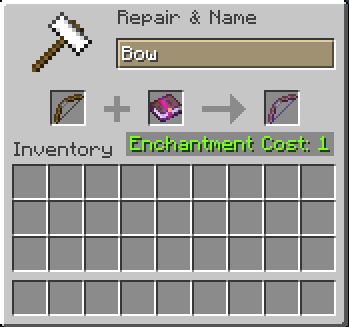 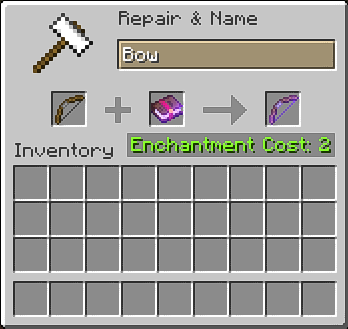 The Unbreaking enchantment extends the life of bows by making them more durable, allowing them to last longer. For this enchantment, you need to place the arrow along with an ‘Unbreaking’ enchantment book inside the anvil as shown below. 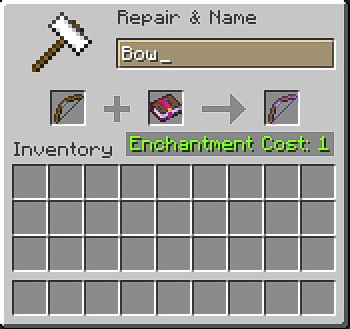 In Minecraft, there are many different weapons available that you can use to fight the mobs while you are on a mission. You can use a bow to start your journey in Minecraft which is a long-range weapon that can help you kill the mobs from a distance. You can further enhance the specifications of a bow if you perform the enchantment process on it that we have discussed in detail in this article.