“It’s estimated that there are more than 2.5 million Android apps in the Google Play Store. Despite being designed for mobile devices, many apps are so useful that it’s only natural to want to use them on a computer. The good news is that you can! All you need is one of the best Android emulators for PC described in this article. With it, you’ll be able to enjoy your favorite Android apps and games on any decently powerful laptop or desktop computer.”

What is an Android Emulator for PC?

An Android emulator for PC is a software application whose purpose is to—you’ve guessed it—emulate Android devices on your computer, allowing you to run Android apps and games alongside Windows apps.

Android emulators for PC are used for three main purposes:

Even if you don’t need an Android emulator for any specific purpose, it can be useful to have one around just in case you ever need to use an Android app without access to your Android device. 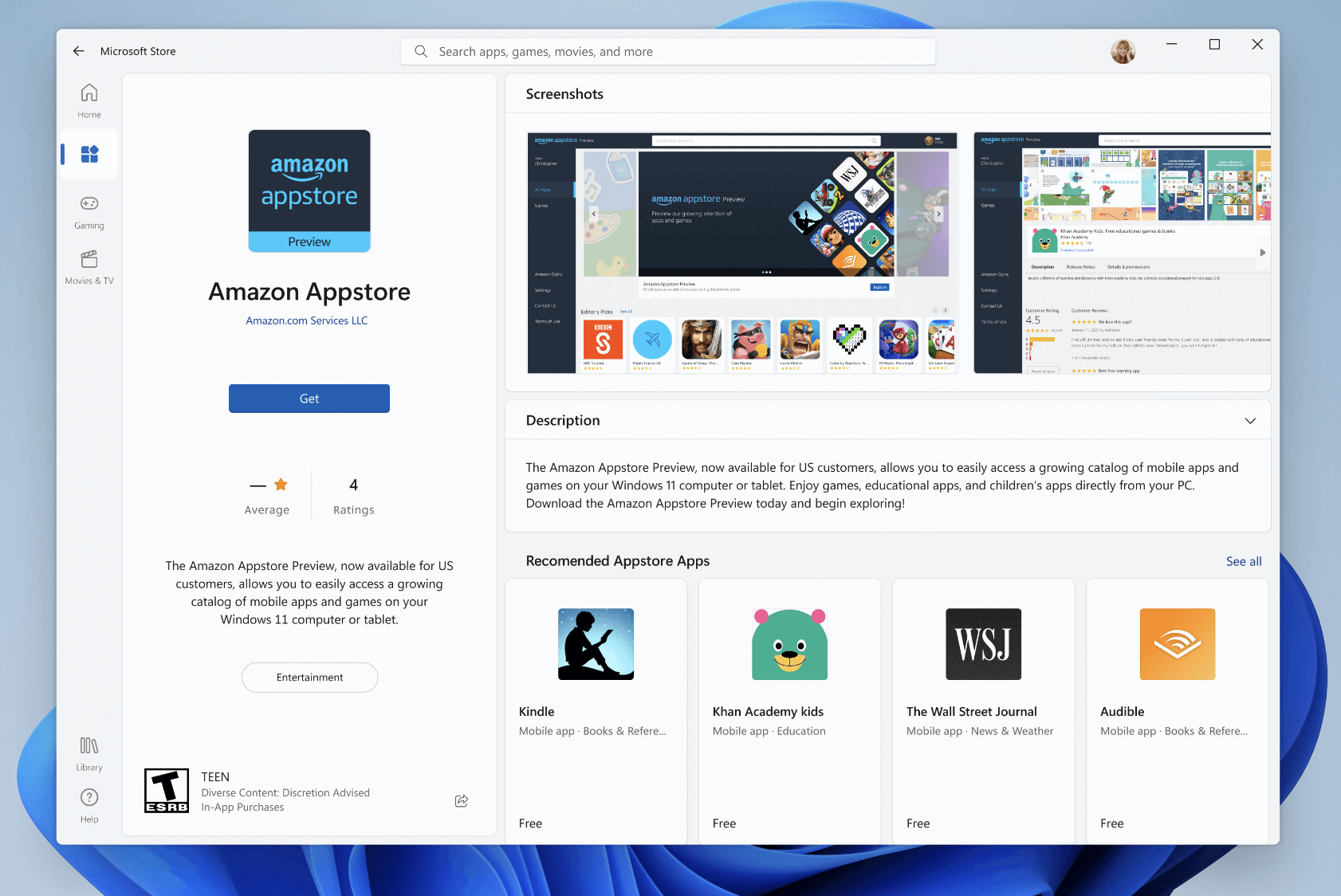 The recent versions of Windows 11 (higher than 22000.257) let you install Windows Subsystem for Android to run most Android applications from the Amazon Appstore.

More advanced users who are not afraid of using Windows Terminal can even use Windows Subsystem for Android to sideload Android apps unavailable in the Amazon Appstore.

As a feature of Windows 11, Windows Subsystem for Android is free, but it’s currently available only in the United States. 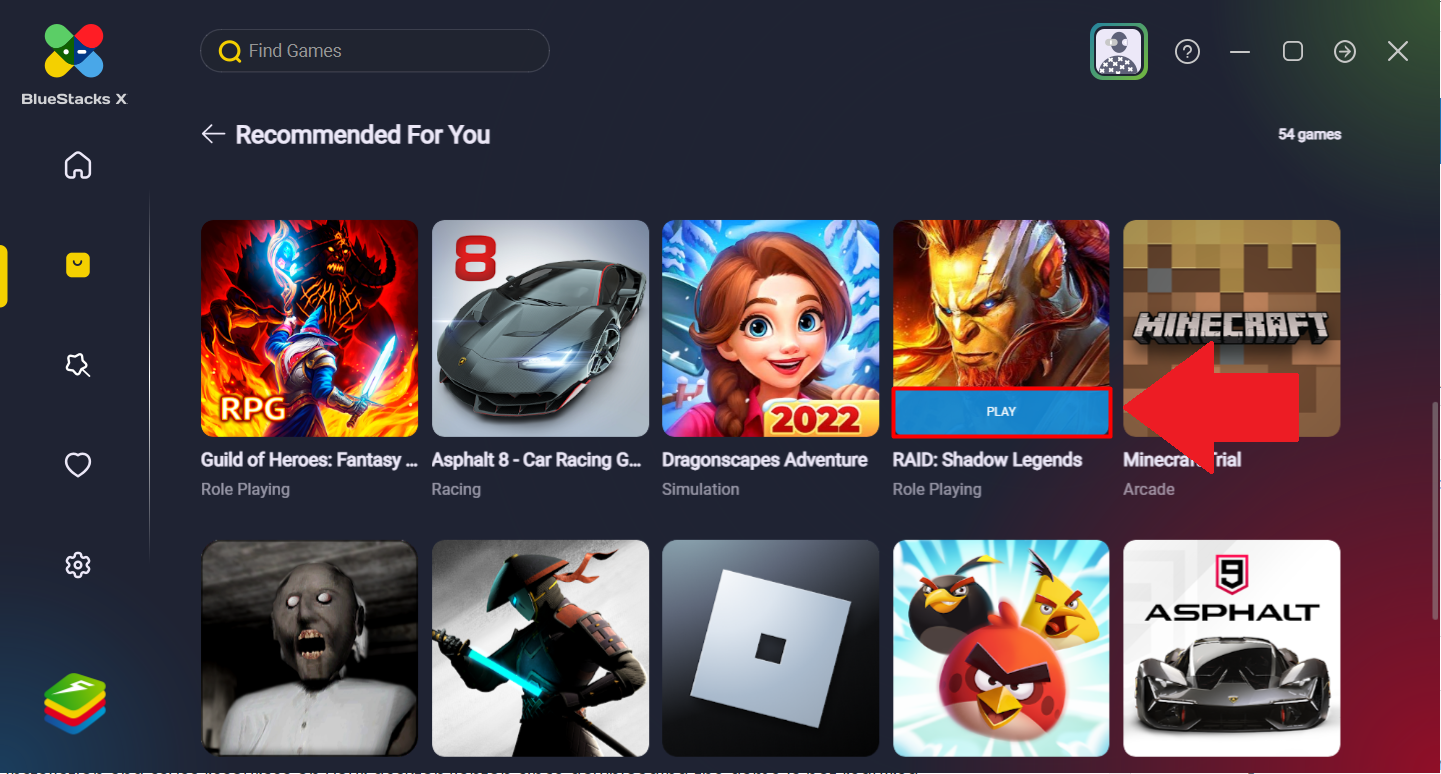 BlueStacks is the best Android emulator for PC users who are interested in playing Android games like Asphalt, Call of Duty: Mobile, The Room, or Dead Cells.

There are two branches of BlueStacks you can choose from. BlueStacks 5 lets you play games locally on your PC, while BlueStacks X uses the company’s Hybrid Cloud to deliver high-performance gaming even on low-end devices. 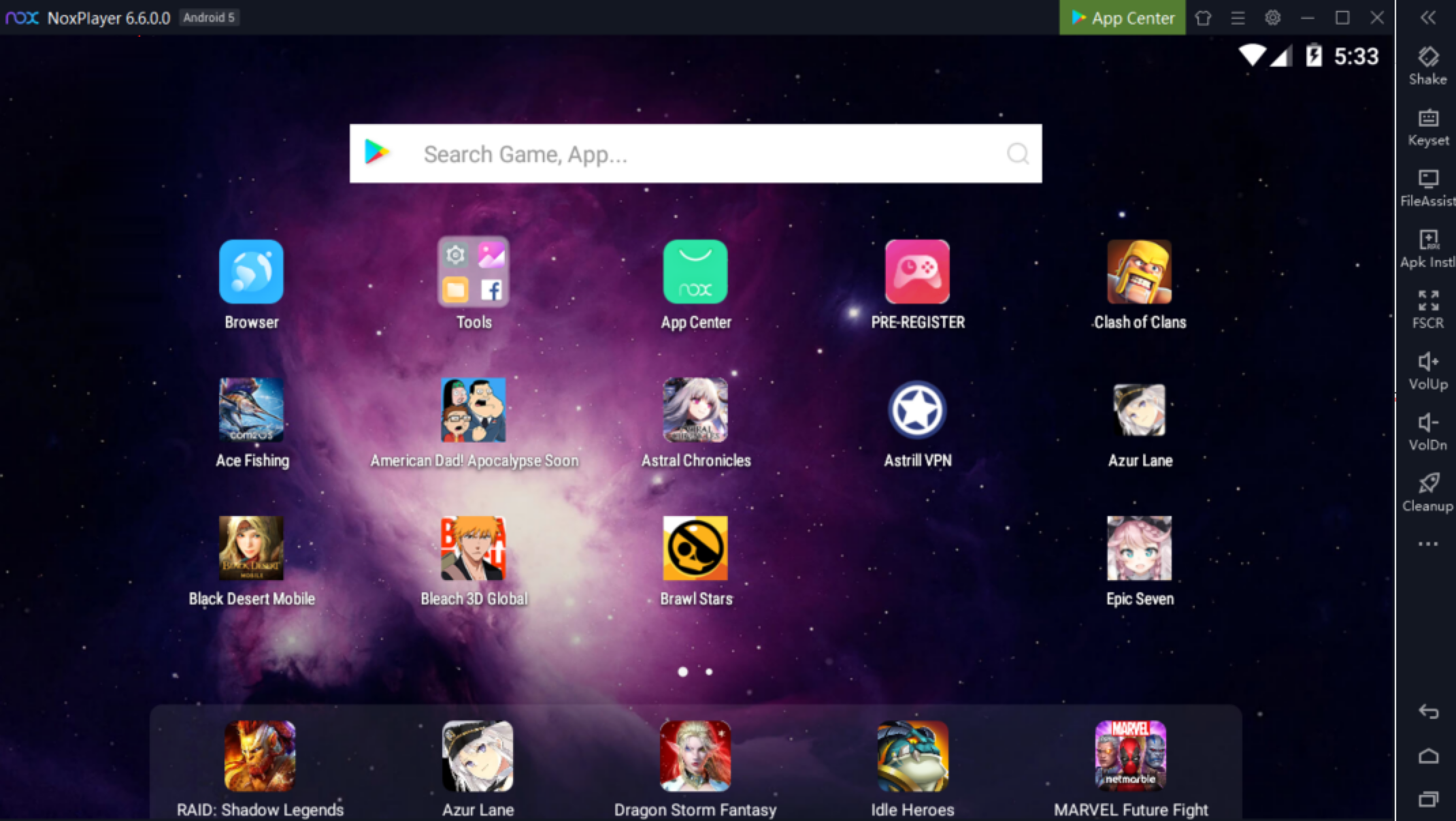 NoxPlayer is aimed at mobile gamers who want to enjoy their favorite games on desktop and laptop computers. The Android emulator for PC is more than capable of delivering smooth frame rates when running the latest and most demanding Android games.

The latest version of NoxPlayer is powered by Android 9, and it offers a number of advanced features to deliver a better user experience, including gamepad and keyboard support, script recording, and multiple instances.

If you play Android games that don’t demand constant attention, you may appreciate the ability to customize the CPU and RAM allocation. 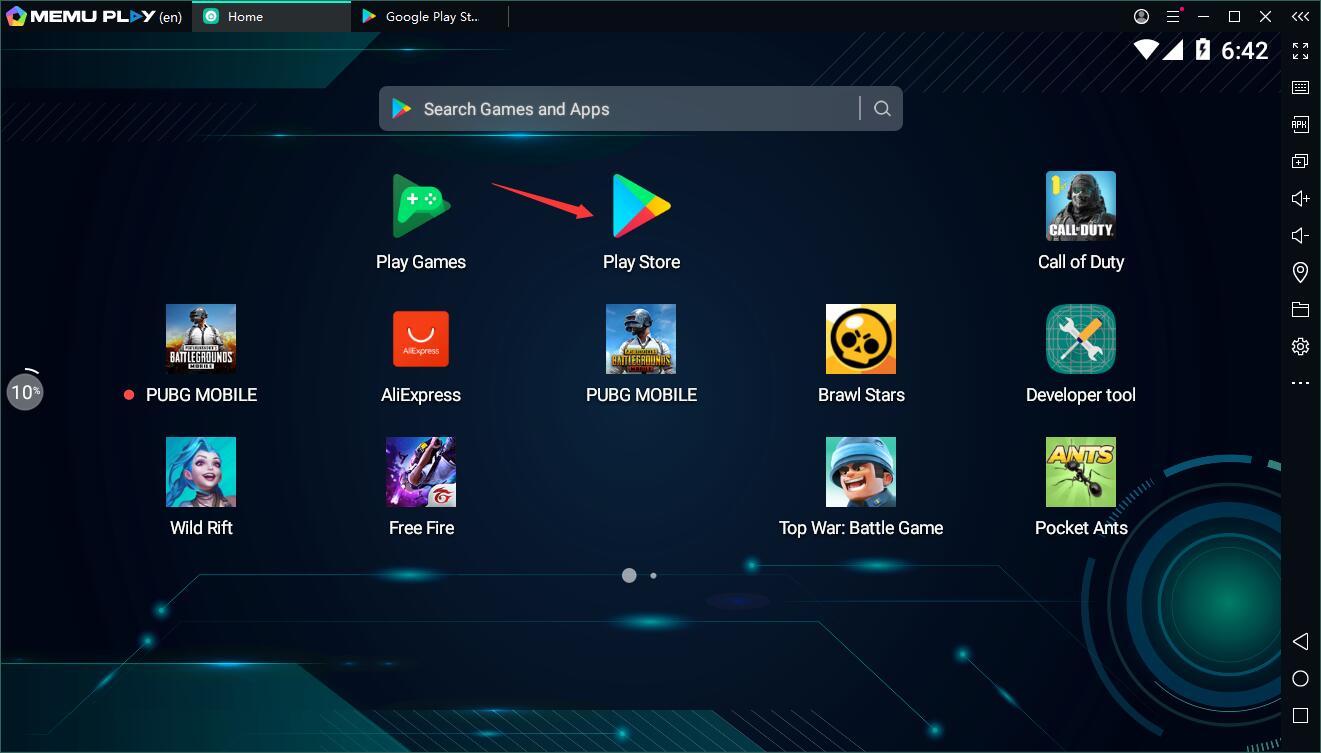 MEmu is yet another Android emulator for PC that’s geared toward gamers. Based on its own benchmarks, the emulator can deliver approximately 1.3x better performance than NoxPlayer.

The emulator makes it easy to assign keyboard keys and mouse buttons to on-screen controls, and you can run multiple games simultaneously.

You can use MEmu without paying, but you may want to consider purchasing a monthly subscription plan just to get rid of ads. 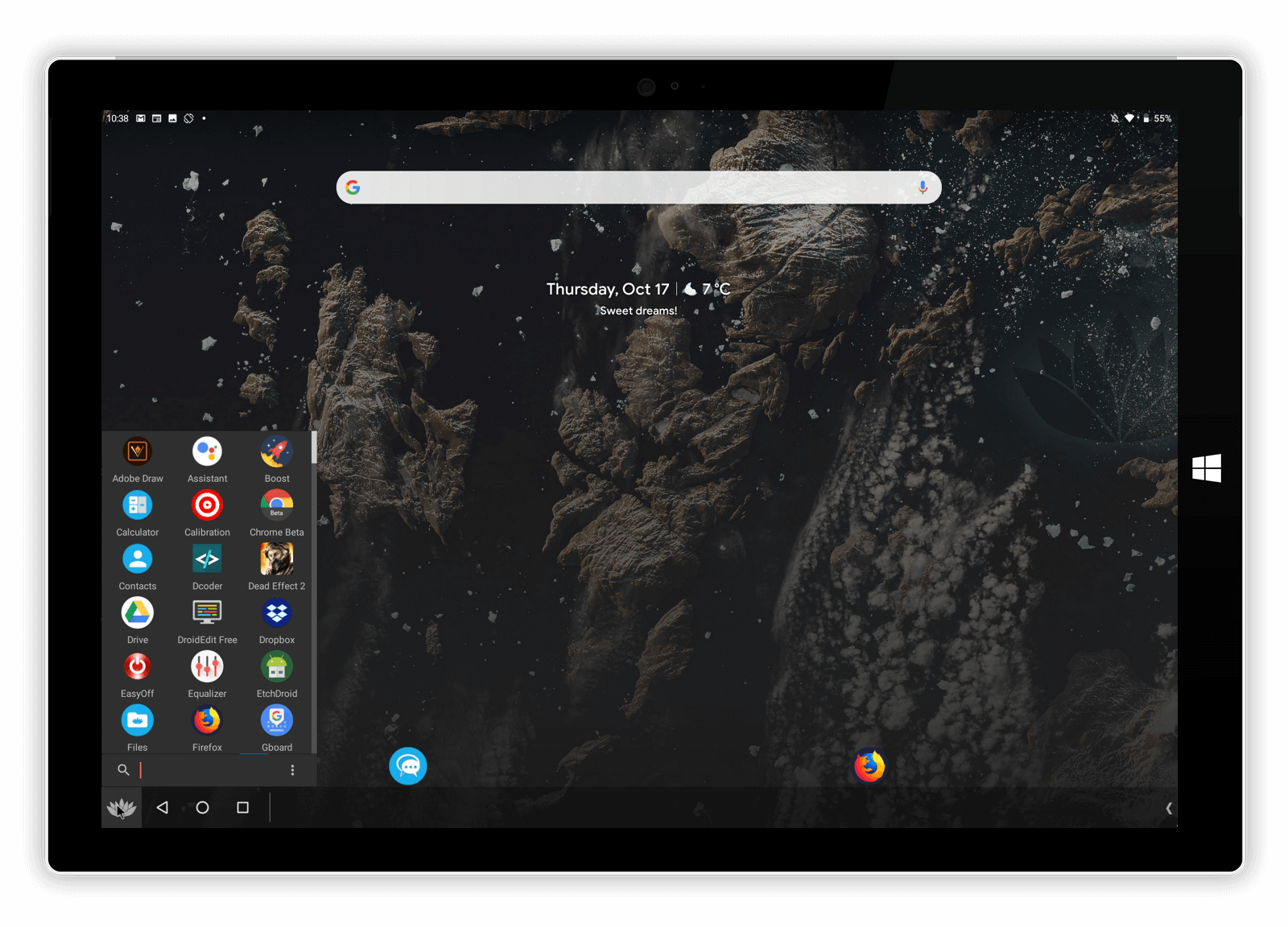 If you have an extra PC or know how to spin up a virtual machine, you can download Bliss OS, an open-source operating system based on Android.

Bliss OS is highly customizable and has been put together with performance and stability in mind. The system is compatible with ARM/ARM64 apps and supports Widewine L3 DRM to play Netflix and Amazon Prime videos. 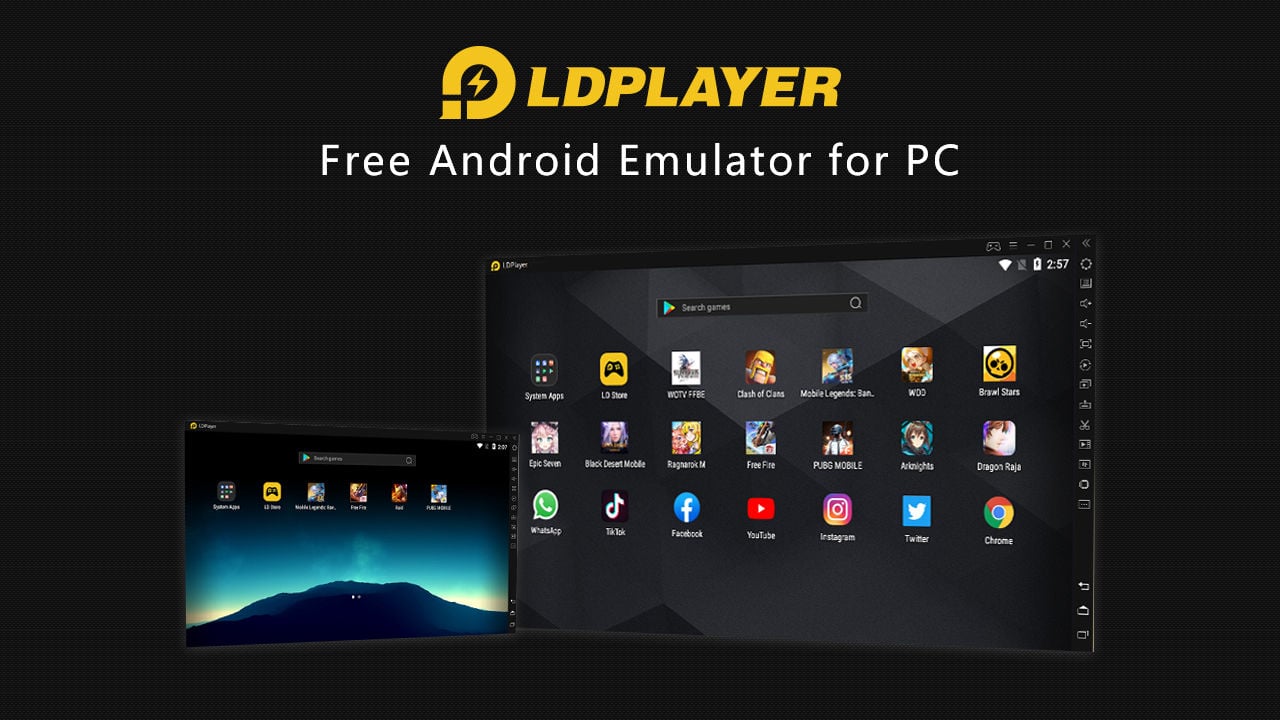 Whereas most Android PC emulators attract customers with extra features, LDPlayer keeps things nice and simple, focusing on performance instead.

The emulator is especially popular among the fans of gacha games because it makes it possible to not only open several games simultaneously but also lets you synchronize your actions between the individual instance, so you can literary play, let’s say, four games at the same time.

LDPlayer runs a popular affiliate program (which we are not part of), so that’s one reason why it’s recommended by many influencers, YouTubers, and bloggers. 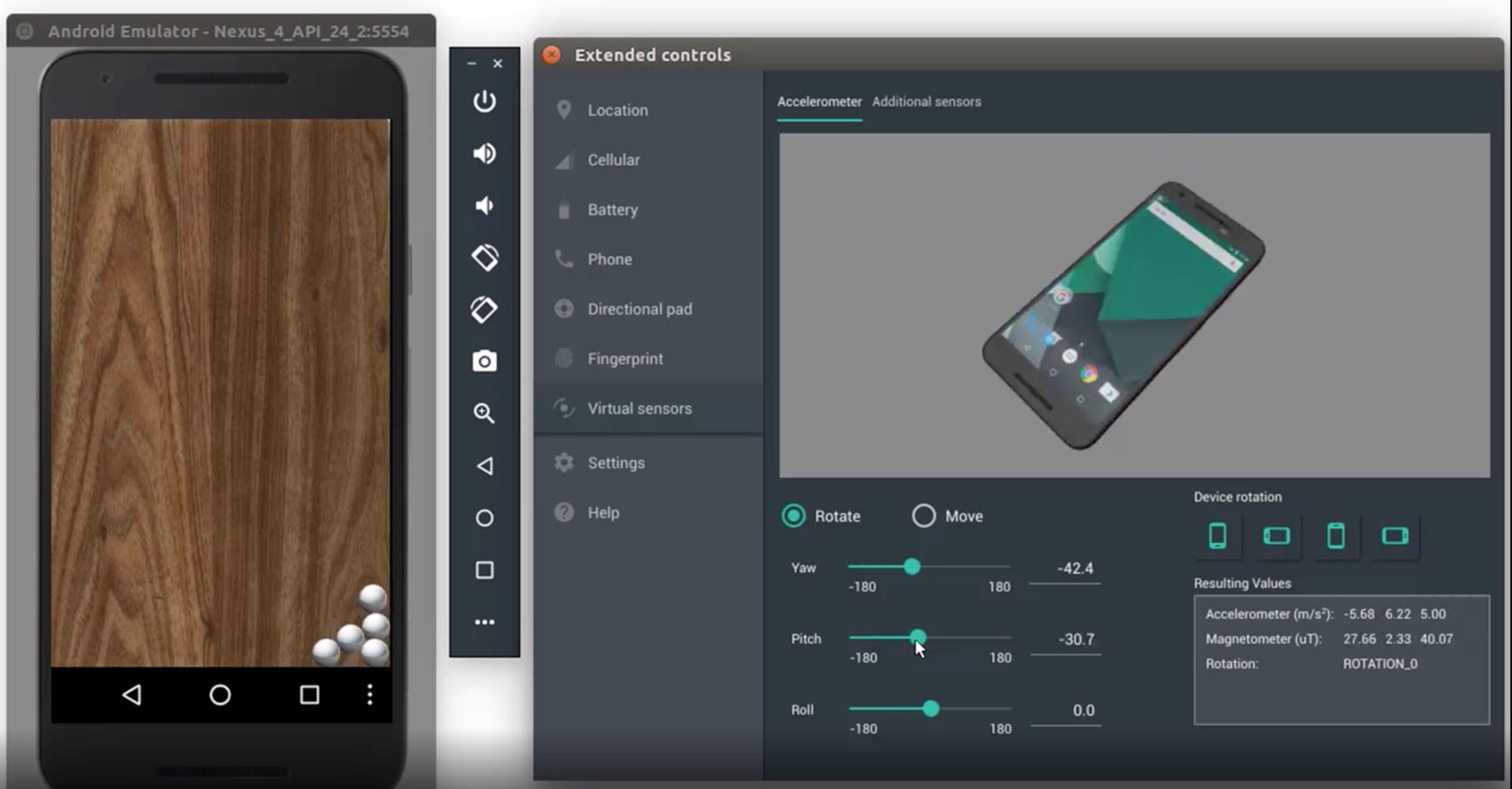 Suppose you want to emulate the Android operating system on a PC for testing and development purposes. In that case, the emulator with Android Studio, the official integrated development environment for Android, is a fantastic choice.

Google offers the emulator free of charge, and it works on any modern Windows or Linux PC. The emulator comes with predefined configurations for various Android devices so that you can emulate everything from smartphones to tablets to Android TV sticks.

Just don’t expect the Android Studio emulator to deliver the same performance as gaming-oriented emulators do—it’s just not optimized for it.

Formerly known as Tencent Gaming Buddy, GameLoop is among the most downloaded Android emulators for PC in 2022. The emulator is optimized for such popular games as Arena of Valor, Pokemon UNITE, and Genshin Impact.

Thanks to its smart key mapping feature, it couldn’t be easier to control even fast-paced FPS games using a mouse and keyboard. The self-developed game engine behind this emulator ensures smooth frame rates regardless of how hectic the action gets.

We like that GameLoop uses its own exclusive anti-cheat system to guarantee that all players compete on a level playing field. 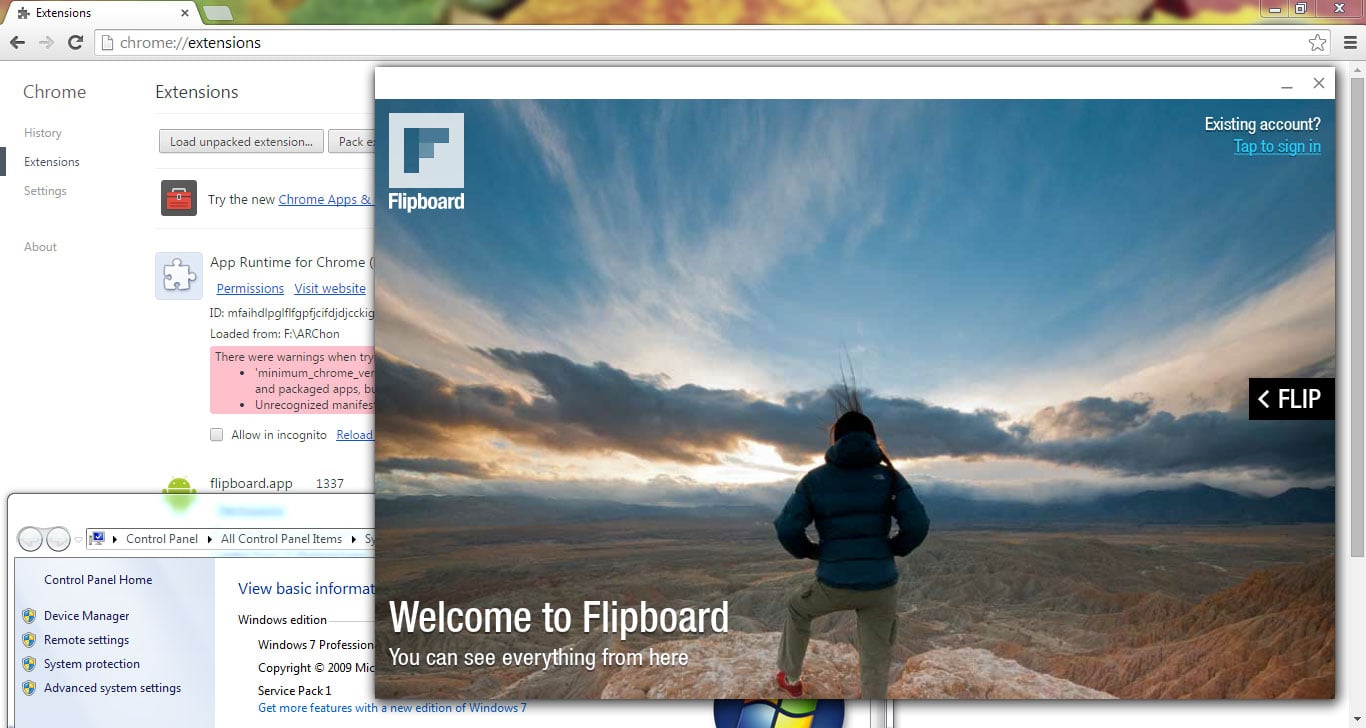 ARChon is a Chrome extension that lets you run Android Apps in Chrome on macOS, Linux, and Windows. The extension isn’t available in the Chrome Web Store, but you can download it free from its official website.

Unlike the Android emulators for PC we’ve recommended so far, ARChon doesn’t offer an impressive performance or compatibility. Still, its convenience is unmatched, so we recommend you give it a go and see how you like it. 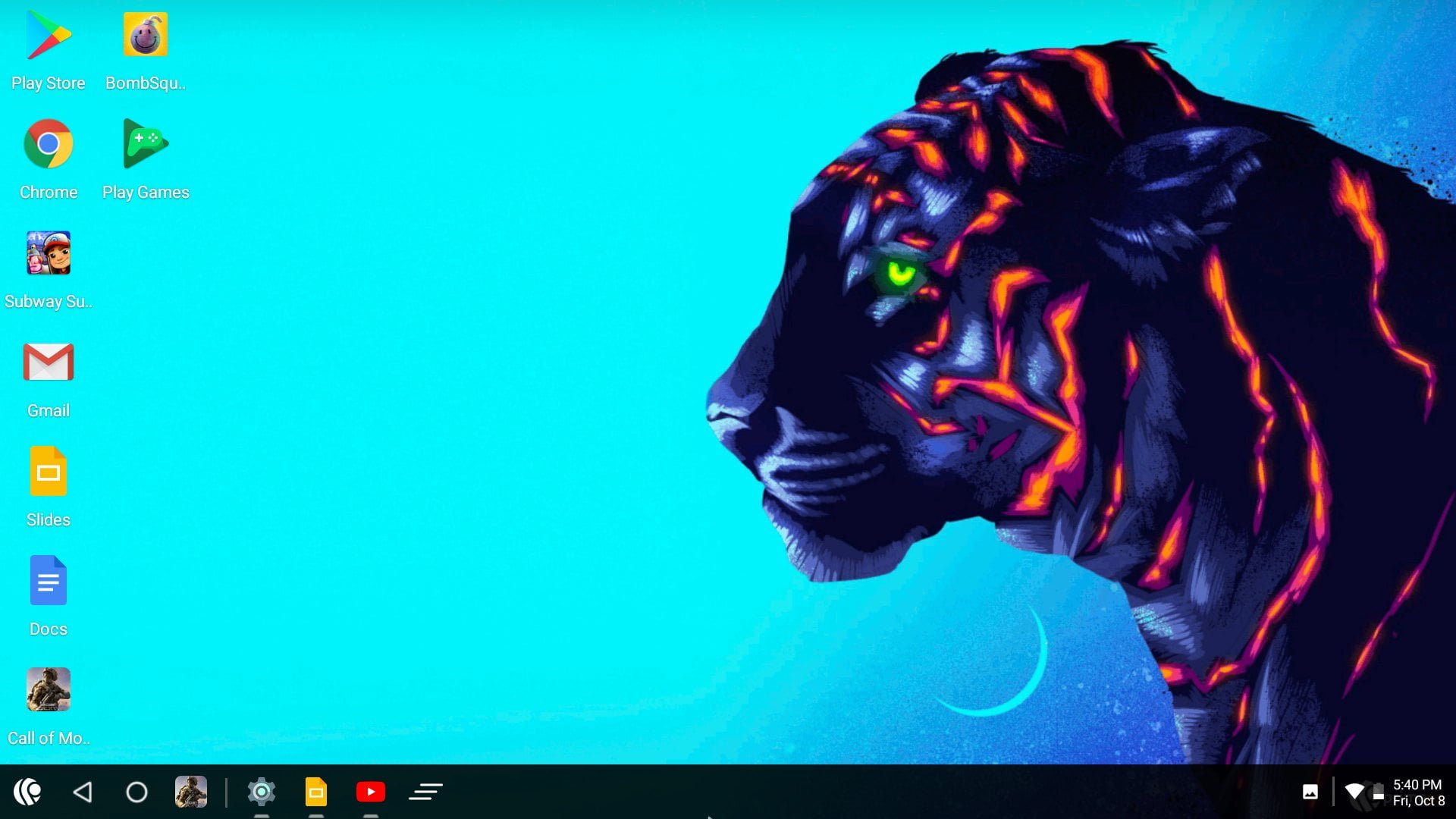 PrimeOS is an Android-based operating system intended to be installed alongside Windows or Linux. You can think of it as ChromeOS without the Google stuff.

Because of how much effort has gone into optimizing PrimeOS for maximum performance, you can expect a smooth gameplay experience even when running multiple games simultaneously.

Are Android Emulators for PC Legal?

Yes, Android emulators for PC are completely legal, and you can use them to run just about any legally obtained Android app or game on your computer.

What are the Best Android Emulators for PC?

The best Android emulators for PC are:

What are the Minimum System Requirements to run an Android Emulator on a PC?

That depends on which emulator you choose. Even cloud-powered emulators like the latest version of BlueStacks can deliver impressive performance even on relatively weak computers.

No, you generally don’t need a dedicated GPU to use an Android emulator, but you can greatly improve your performance by having one.

Can I Play Games Using an Android Emulator for PC?

Of course! There are many Android emulators for PC that are designed with gaming in mind, and we describe