The Bash logical (&&) operator is one of the most useful commands that can be used in multiple ways, like you can use in the conditional statement or execute multiple commands simultaneously. Generally speaking, the logical operator is the one that is used to connect more than one expression and then provides the output based on their combined result.

Similarly, bash shell is designed to handle one task at a time. As a result, if you’re working on a large project, then waiting for the first command to execute before typing the next one is a stressful process. But the Bash && operator can solve this and make it possible to run multiple commands simultaneously. In that way, you can make your large project more concise, easily readable, and time-efficient using this command that will be discussed in this article.

How to use Bash && (AND) logical operator with conditional statements

Let’s take an example and create a bash script with “bashifcondition.sh” and use the logical operator “&&” (AND) with the conditional statements. For that, we will create a program where we will take any number from the user and then check if the number is even or odd and if it is divisible by ten or not. So first, we will create a bash script and then write a code as shown below 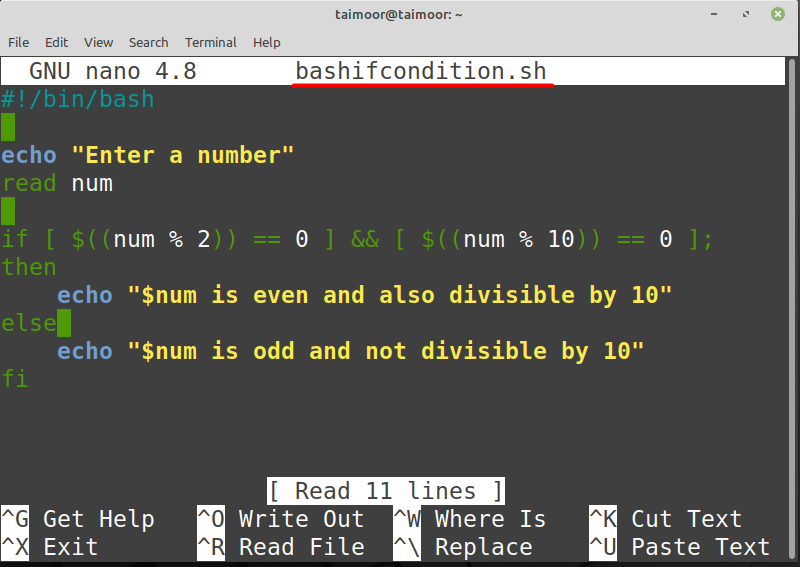 echo "$num is even and also divisible by 10"

After that we will run this bash script and see its output by typing:

For code verification, we have taken two different numbers which are 20 and 13, respectively, and try to see the code behavior for these numbers. So when we enter ’20’, you can see that it is divisible by 2 and 10, making it an even number. On the other hand, when we enter 13, it is not divisible by 2 and 10, making it an odd number, so the output in both cases is correct.

Logical operator && (AND) truth table: You can also follow the truth table for the logical && operator to see its functionality

How to use && (AND) operator to run multiple commands

You can also use the logical bash operator && (AND) to run multiple commands simultaneously. For example, let’s create a new bash script by typing:

After that, you need to write the same command discussed earlier by typing. 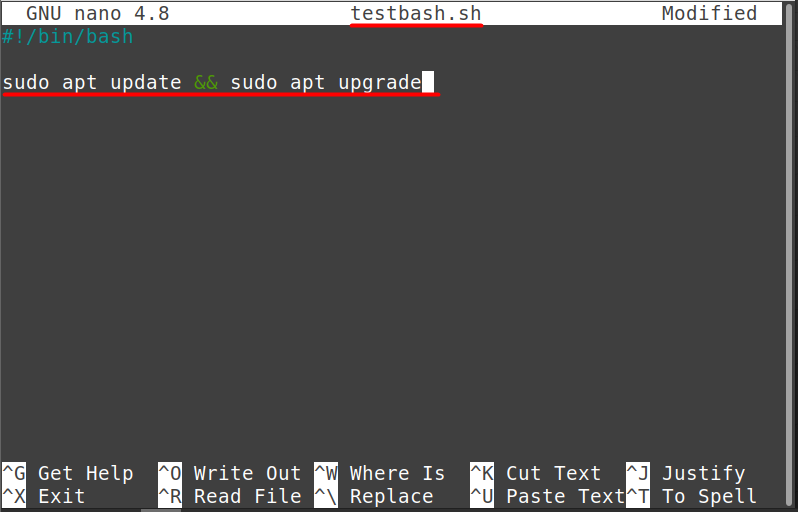 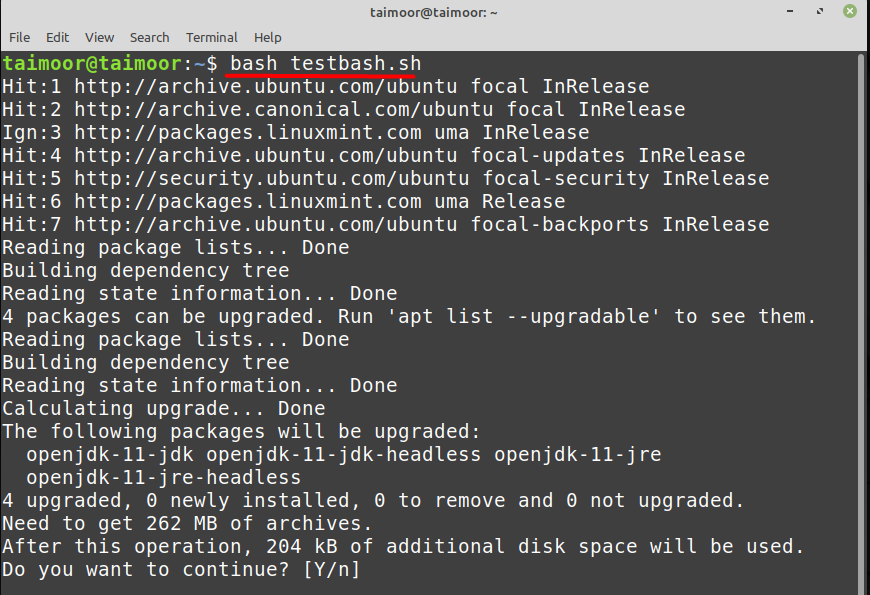 Now let’s take another example of a bash script in which we will take input from the user to create a file name using the “read” command and then display the directory where this file has been created using the “pwd” command. So the code for this description is mentioned below

touch $fileName && echo "File has been created in" && pwd 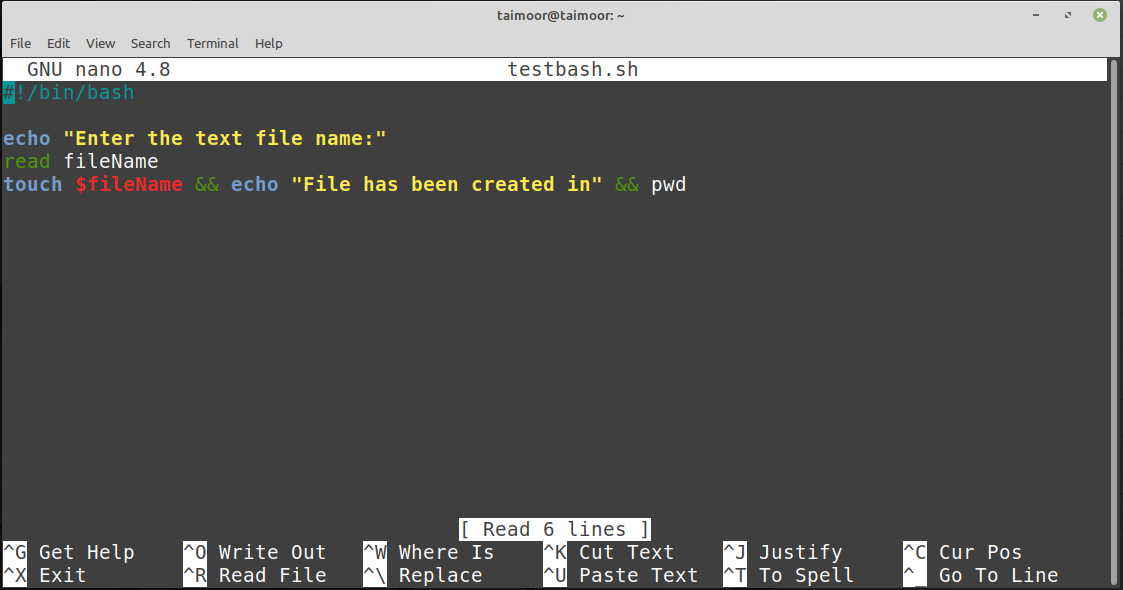 After running this bash script, you will get its output, as shown below:

Bash && command is a logical operator that can be used in various ways, such as you can use this command in conditions, or it can be used to run multiple commands simultaneously, so you don’t need to run them individually. This is super useful, primarily if you work on large projects, making your code more concise and clear. So in this article, we have provided some examples of the Bash && operator as to how you can utilize it in your everyday bash scripting.