When it comes to programming in scripting languages, you must have heard people suggesting you code in PowerShell. Now, if you have not heard about PowerShell before, then you might get confused and think about what it really is. As far as this article is concerned, we mainly want to teach you the method of performing the Base64 encoding and decoding in the Windows 10 PowerShell; however, before that, we will teach you what Windows 10 PowerShell really is.

The Windows 10 PowerShell is basically a configuration management and task automation program designed by Microsoft. However, it does not mean that you cannot use this program on an operating system other than Windows. You can easily use it on the different Linux distributions as well as on macOS. However, the only difference is that it comes pre-installed with Windows, whereas you will have to install it by yourself for the other operating systems. Nevertheless, for this particular article, we will be using the PowerShell program on Windows 10.

How to do Base64 Encoding and Decoding in PowerShell in Windows 10?

In this section, we will explain the process of performing the Base64 encoding and decoding using the PowerShell program in Windows 10. For that, you just need to follow the three simple steps described below: 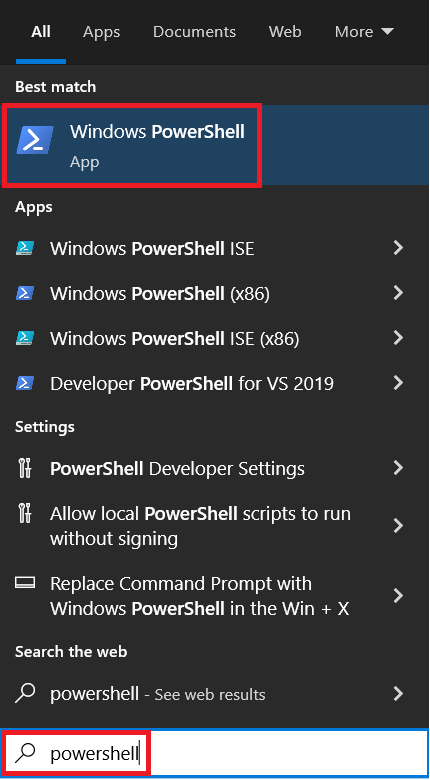 Step 2:  Performing the Base64 Encoding in PowerShell

In the first step of the Base64 encoding process, we have defined a variable named “TEXT” with the “$TEXT” notation and have assigned a string to it that we want to be encoded. Then, for performing the actual encoding of this string and for holding these results, in the second step, we have created another variable “$ENCODED” and equalized it to the statement “[Convert]::ToBase64String([Text.Encoding]::Unicode.GetBytes($TEXT))”.

In this statement, the text string that we had defined in the first step is converted into Unicode bytes, and then those Unicode bytes are encoded and stored into the “$ENCODED” variable. Finally, in the third step, we want a statement that is capable of printing our encoded string on the PowerShell window. For that, we have used the statement “Write-Output $ENCODED.” This statement will simply print the contents of the “$ENCODED” variable on the PowerShell window.

A point to be noted over here is that all of these steps will be executed one by one, i.e., you will have to press the Enter key after typing every single statement. However, as soon as you press the Enter key after typing the last statement, the result of this encoding process, i.e., our encoded string, will appear on the PowerShell window as shown in the image below:

Step 3: Performing the Base64 Decoding in PowerShell

In the first step of the Base64 decoding process in PowerShell, we have defined a variable “$ENCODED” that holds an encoded string. By the way, we have used the same string over here that we have encoded above. Then in the second step, we have created another variable, “$DECODED,” for holding the decoded string. We have assigned the results of the statement “[System.Text.Encoding]::Unicode.GetString([System.Convert]::FromBase64String($ENCODED))” to the “$DECODED” variable.

As soon as you hit the Enter key after typing in the third statement, the decoded string will appear on the PowerShell window, as shown in the image below. You can compare this decoded string with your original string, and you will be able to verify that the Base64 encoding and decoding processes have been correctly performed using the PowerShell application in Windows 10.