In this guide we will explore various features of AWS SAM CLI and see how to install it on Amazon Linux.

What is AWS SAM?

The AWS SAM can be integrated with other AWS services and thus has several benefits for developing serverless applications:

Using the AWS SAM CLI tool, we can create; build; test; and debug serverless applications defined by SAM templates. For using SAM CLI, we need to install and set a few things. The AWS SAM CLI is available for 64-bit processor architecture of recent versions of CentOS, Fedora, Ubuntu, and Amazon Linux 2. In order to have a working SAM CLI on Amazon Linux system follow the steps below:

1. Download the SAM CLI package from here and extract this package to the sam-installation directory:

2. Use the IAM user credentials to configure AWS CLI on your local computer. To simplify the permission section, attach the ‘AdministratorAccess’ policy to this IAM user.
3. To test your serverless applications locally, install docker on your system. To install Docker on Amazon Linux, run the following commands: 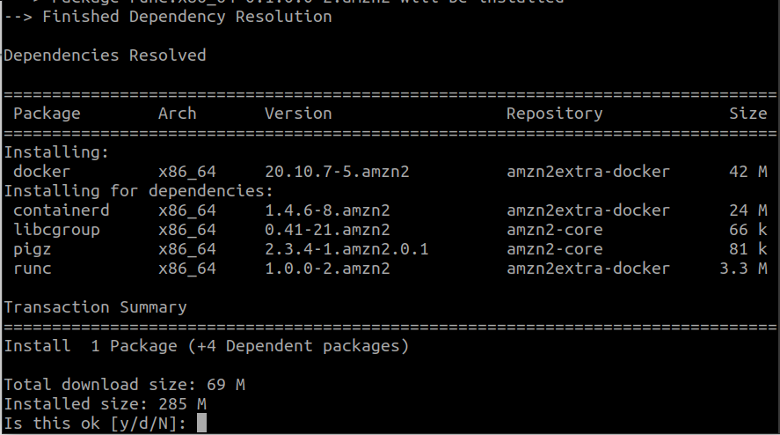 4. To start the docker service, run the command below:

5. By adding the ec2-user to the docker group, we can avoid typing ‘sudo’ every time:

Now simply login and logout to set the permissions for docker group.
6. Install SAM CLI on Amazon Linux by running the command:

Use the same way to update existing installation but just add the ‘–update’ argument to Step 6:

Step 1. First locate the symlink for SAM CLI using the which command:

Step 2. Using the ‘ls’ command, locate the directory the above symlink is pointing to:

Step 3. Remove the symlink and the installation directory using the commands:

In this guide we have learned about AWS SAM, how to install and uninstall AWS SAM CLI. We also tried building and deploying a simple ‘Hello World’ application with SAM CLI. Enhancing SAM CLI documentation was also discussed.