Awk command is a powerful tool to process data. It gets input data, manipulates it, and gives results in standard output. Various operations can be performed on rows and columns of a file.

Some of the commonly used options are given in the table below:

Let’s take a look at some examples about the usage of the “awk” command, and for demonstration, I have made a text file by the name of testFile.txt:

1. How to print a column of a file with the awk command?

The “awk” command can be used to get a specific column of the text file. To print the content of file use:

Now, to print the second column of the file, use:

To print more than one fields, use the command:

If you don’t use the comma “,” then the output will be without spaces:

2. How to use regular expression with awk command:

To match the strings or any expression, we use slashes “//,” for instance, if you want to print the names of people who are studying “History,” then use:

The output is clearly showing that only “Sam” and “Tommy” are studying the “History” course.

3. How to use the relational expression with the “awk” command:

To match the content of a specific field, relational expression can be used. To match any string or expression against a field, indicate the field and use the comparison “~” operator with the pattern as presented in the following command:

And to get the opposite output of the above command, use the “! ~” operator:

For comparison, we can also use operators like greater than “>” and less than “<” and equal “=” as well:

The output has printed the names of people who got marks of more than 70.

4. How to use range pattern with awk command:

A range can also be used for search; simply use the comma “,” to separate the range as presented in the below-mentioned command:

The output shows the subjects of the range from “Joel” to “Marlene” from column 2. We can use the double equal sign “==” to define a range; see the example below:

The output displays the names of the people from column 2 for the range of marks “70 to 80” from column 4.

The use of logical operators such as OR “||,” AND “&&” allow you to combine patterns for search. Use the following command

The above command prints people’s names against the fourth field more significant than 80 and the sixth field greater than 0.4. And only two records are fulfilling the condition.

BEGIN: To perform an action before data is processed

END: To perform an action after the data is processed 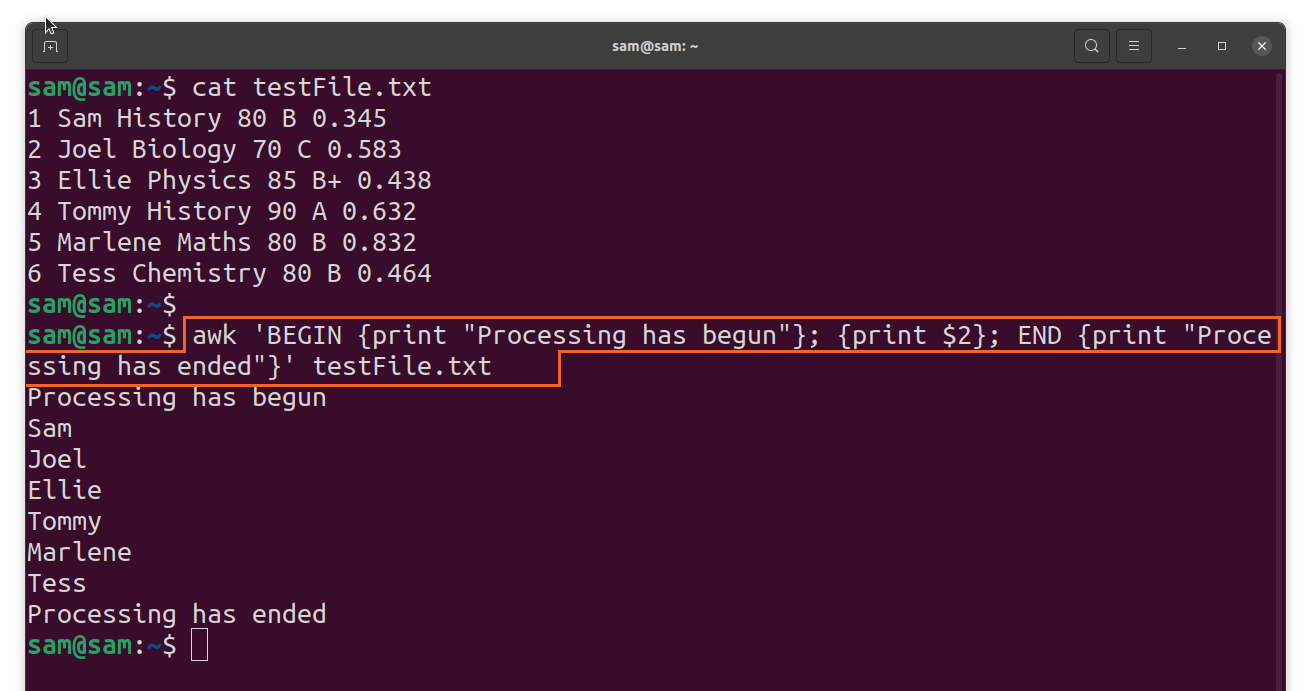 The awk command has various variables that help in data processing:

8. How to change the record separator:

The default separator in the record is usually space; if there is a comma “,” or dot “.” as your field separator, then use the “FS” option along with the separator. 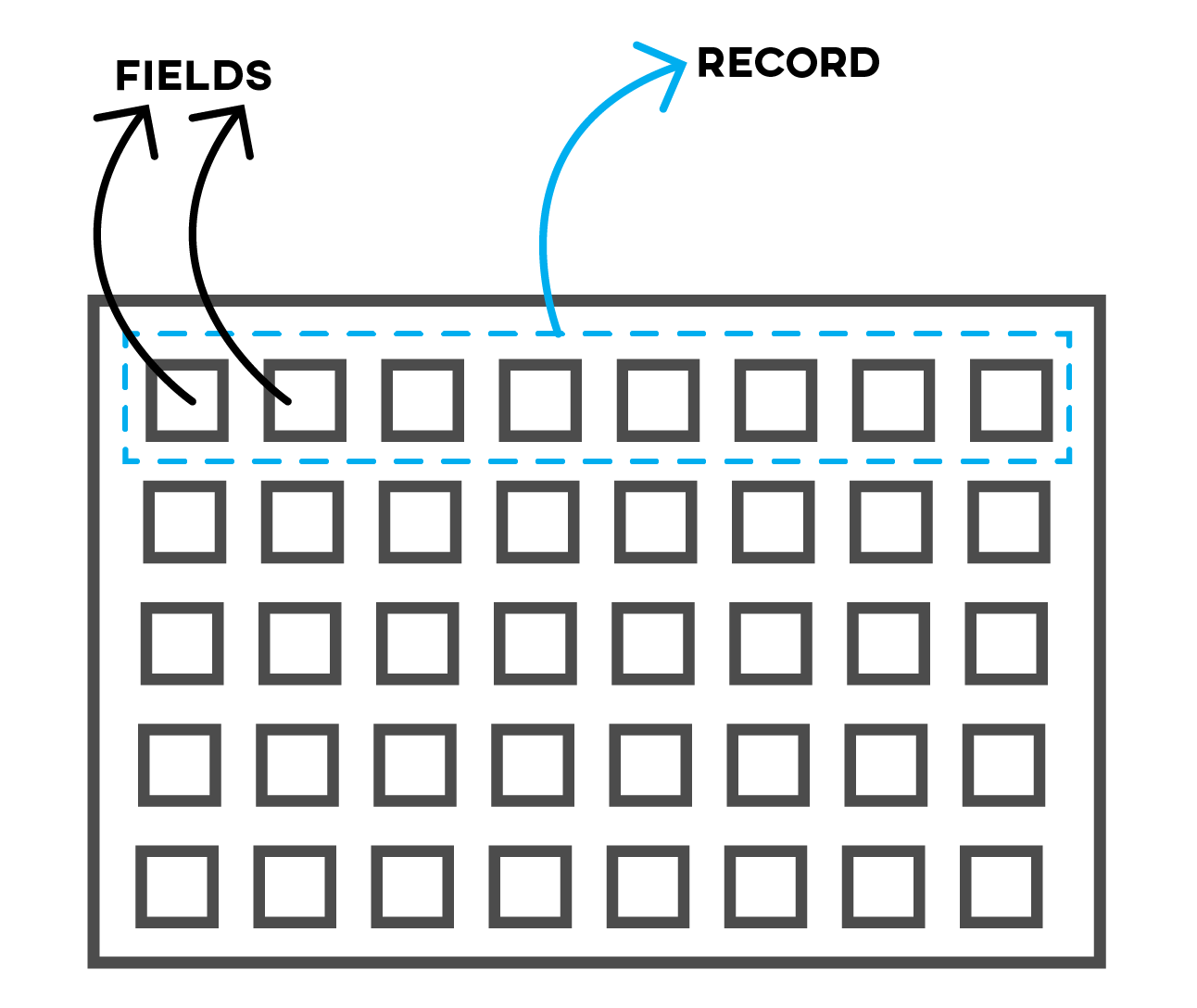 Let’s have another file where data fields are separated by a comma colons “:”: 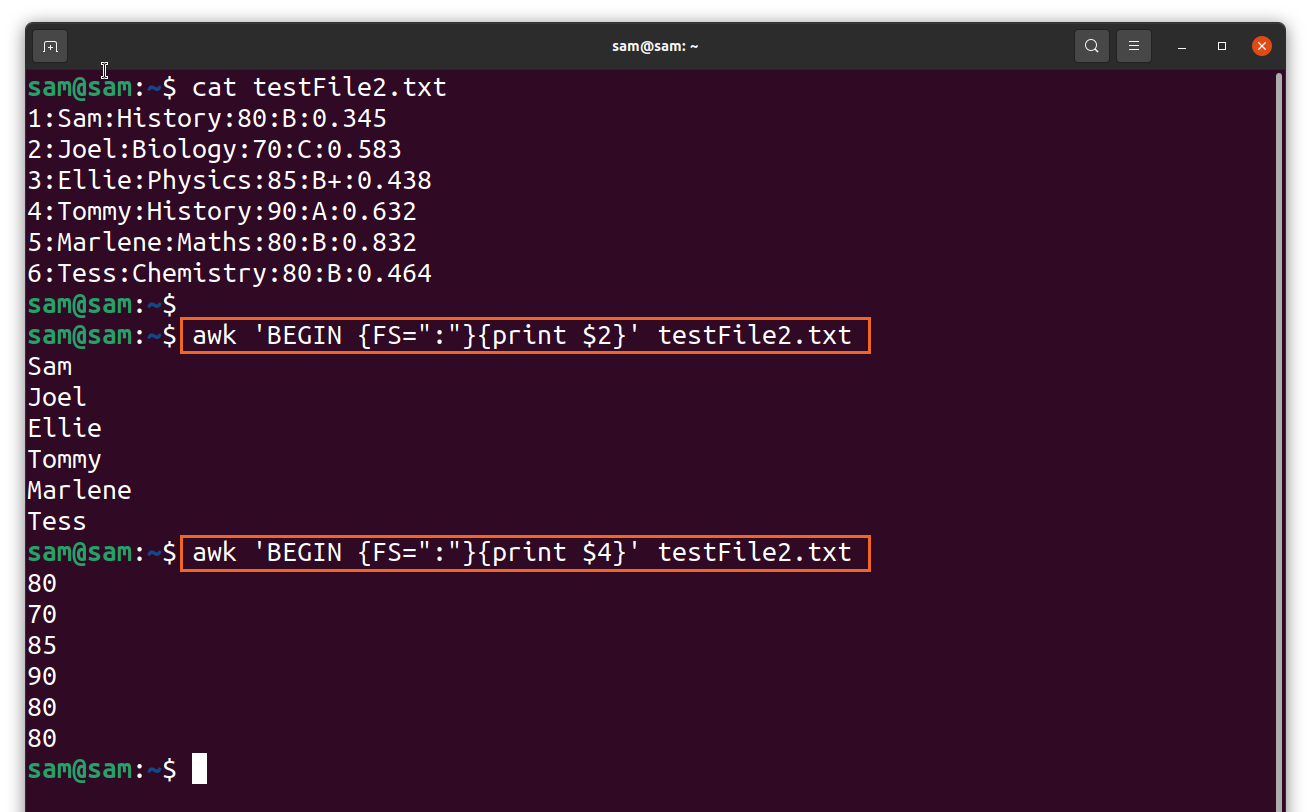 Since the file’s separator is a colon, but the “awk” command even beneficial for the files like this, simply use the “FS” option. 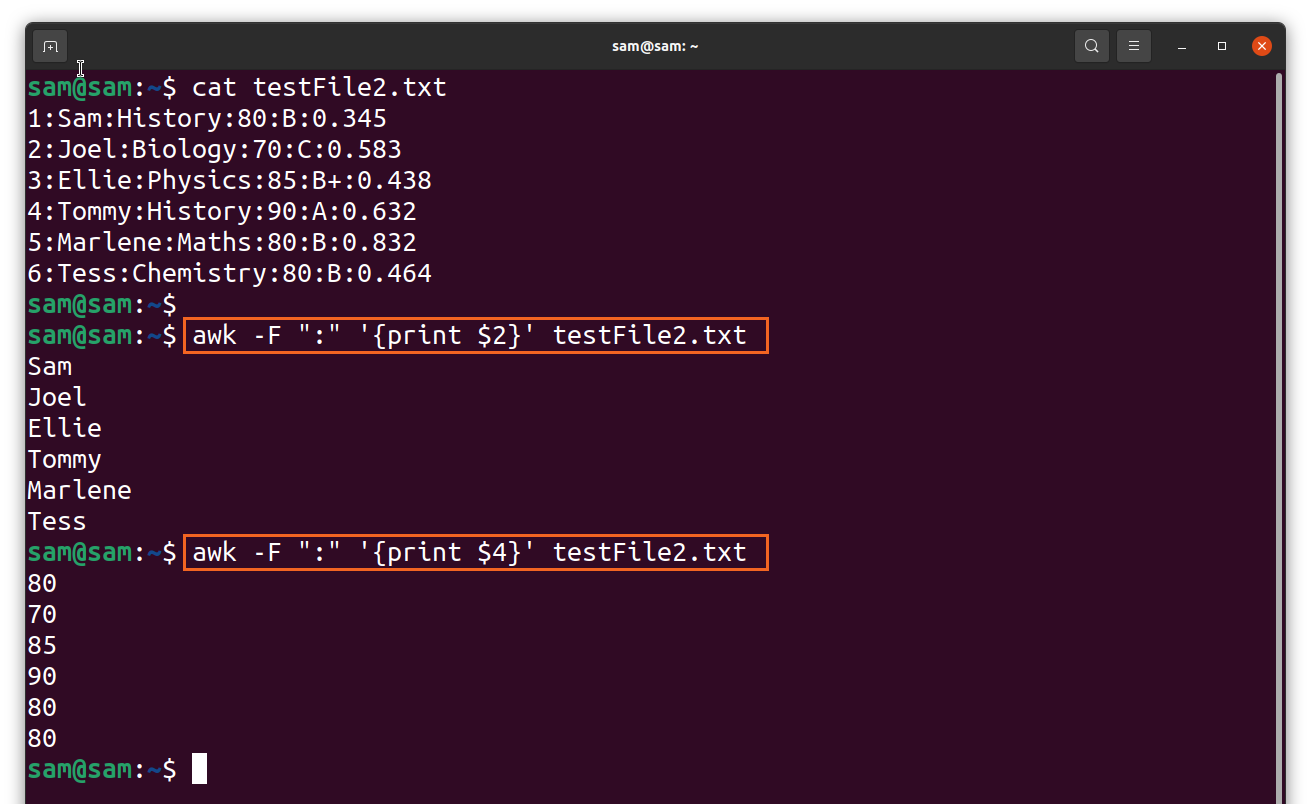 Awk actions are tiny programs that are surrounded by “{}” brackets and have more than one statement separated by semi-colons“;”.

The most used statement with the “awk” command is the “print” statement. For example, to print a text with each record, use text string in quotes:

Let’s begin with the “awk” programming, the programming given below is simply doing multiplication: 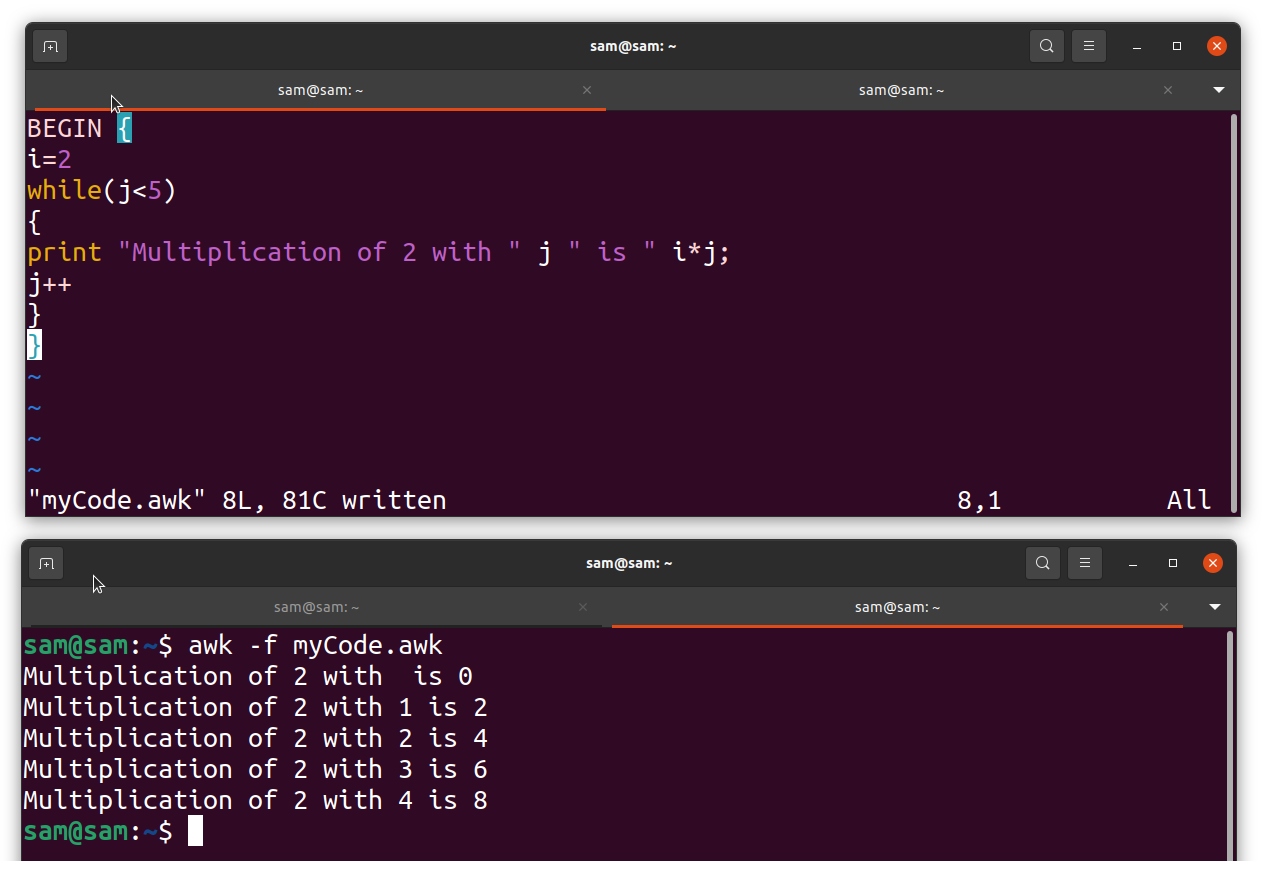 Save the program by the name of “myCode.awk” and to run it, open terminal and type:

The “awk” command is a handy command to process, scan data of text files, such as separating any particular field of a file; we use the “awk” command. It makes it easier to search anything in any form or pattern from the text files. In this guide, we understand the basics of the “awk” command and its usage. The “awk” command validates data, generates reports, and even parses files. Using simple commands “awk” also enables users to write tiny programs to process data more efficiently.