Playing VR Games is one of the most exciting ways of having a virtual reality experience. Enjoying a virtual world with some interactivity is just breathtaking. VR Games combine immersive worlds with interactiveness. As VR slides into the mainstream, growing numbers of developers are either creating entirely new games or porting older games to VR. There is a big library of VR games, from fast-paced action games to slow-and-steady puzzle games, you can discover anything. Without a doubt, VR Gaming is the perfect way to enjoy the immersive experience.

To enjoy the fun experience of VR Gaming, you’ll need a decent headset. A wide range of VR headsets is available to choose from. Some are high-end tethered headsets such as HTC Vive, Oculus Rift, and PlayStation VR and many are standalone devices such as Oculus Quest or Lenovo Mirage Solo. Theses headset makers support SteamVR and have their stores offering a wide variety of VR games as well.

There is a wide variety of VR games available to play. Some of them are major AAA titles and others are casual fun games. Some, older titles, are being ported to this new platform. These games are perfect for users who are fans of these franchises and are just entering the VR gaming experience. These include Skyrim VR, Doom VFR, Minecraft VR, No Man’s Sky VR, and Borderlands 2 VR.

And then there are built-for-VR titles, which include Astro Bot: Rescue Mission, Beat Saber, and Pistol Whip. If you’re a fan of sports games, there are VR games like Project Cars 2 and Everyone’s Golf.

As VR technology expands, a great range of games is being released. There’s something for everyone, whether you’re a professional or casual player. We’re going to look at some great games in this article that you will play in 2020. There will be some old but decent games and some new ones.

Beat Games developed and launched this game in 2018. It’s a multi-platform game. If you’re a fan of games like “Guitar Hero” or “Rock Band,” this game is for you. The gameplay is simple yet challenging. You’re bombarded with a stream of color-coded cubes, and you’ve got to smash the cube with your lightsabers. It’s a wonderful and pleasant experience. This game does not require high-performance GPUs, it works fine on standalone units as well. 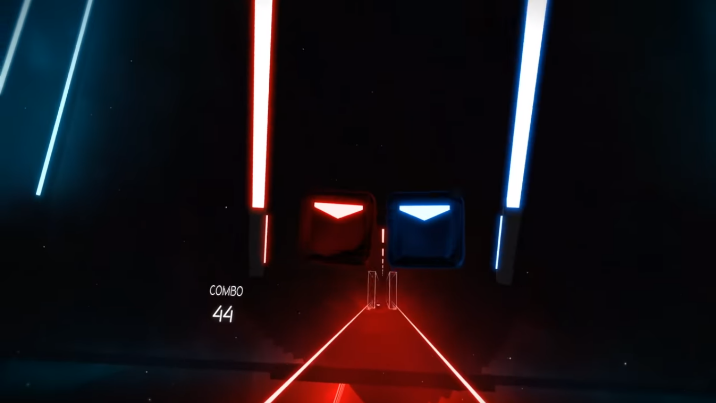 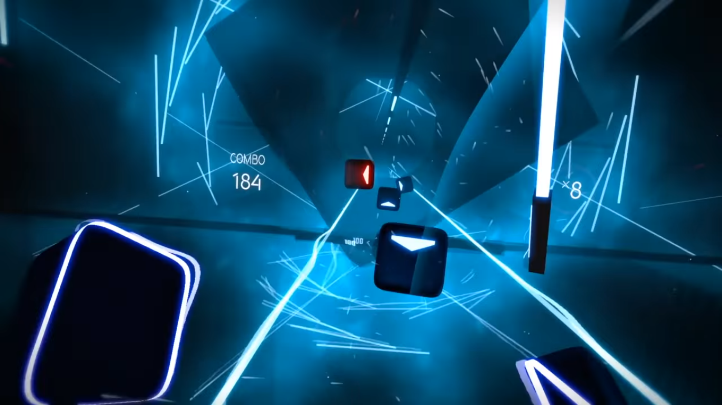 This is another multi-platform rhythm title. You don’t have to shoot with rhythm,  this game compels you to shoot to create a rhythm, yet you have the freedom to shoot freely. Simple low-poly graphics make it playable on all VR headsets. It gives you a satisfying feeling when you shoot low-poly enemies and turn them into a pile of pixels. You also have to move your head to avoid incoming bullets, this way game keeps you engaged. If you like Beat Saber, this game is for you. 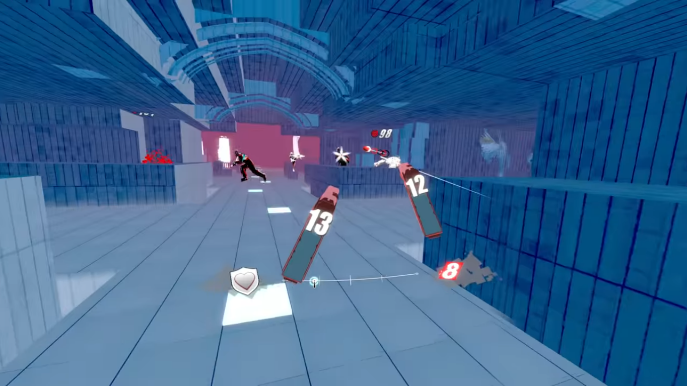 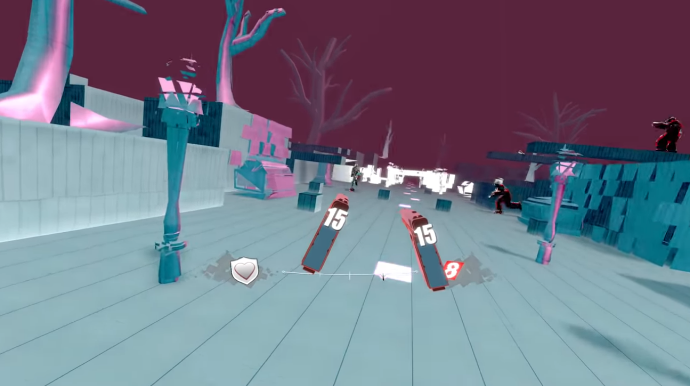 Resident Evil (Biohazards) is a very well-known franchise. Capcom has chosen to hop into the VR world with its title. This game proves that VR isn’t a gimmick. This game gives you a sense of fear. You’ve got to live in a house with insufficient ammo.  This game is exclusively available for PlayStation VR only. 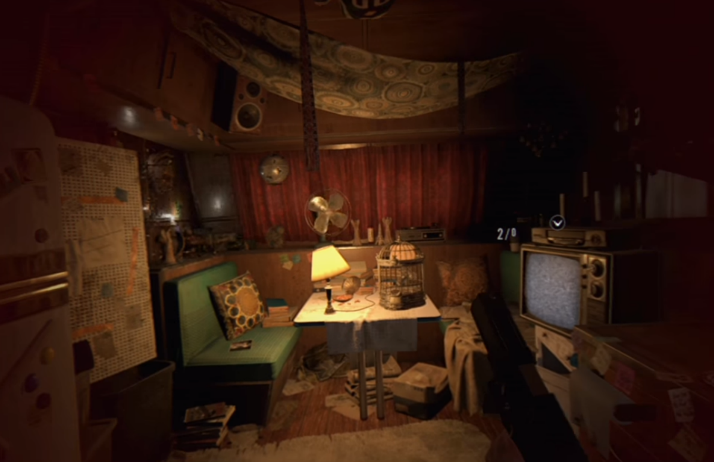 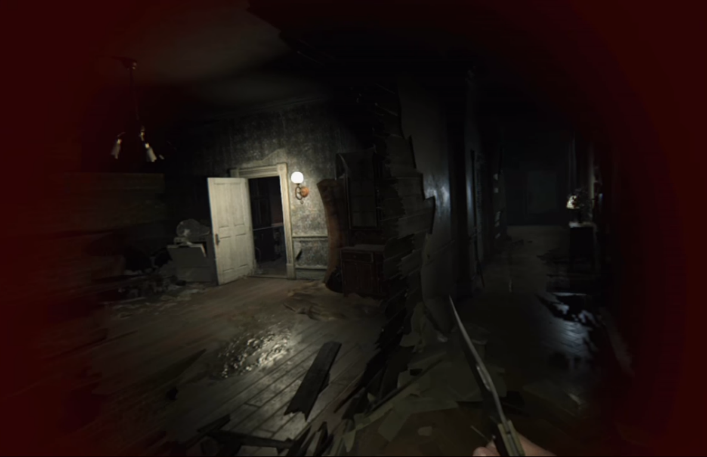 Skyrim is a successful Bethesda franchise. This game is being published pretty much on every gaming console. Bethesda tries to make a VR experiment with this game. This game is good in VR, you can immerse yourself in a mystical world and enjoy the full experience of a well-known game. This game has a few issues, but if you’re a Skyrim fan, you have to give it a shot. 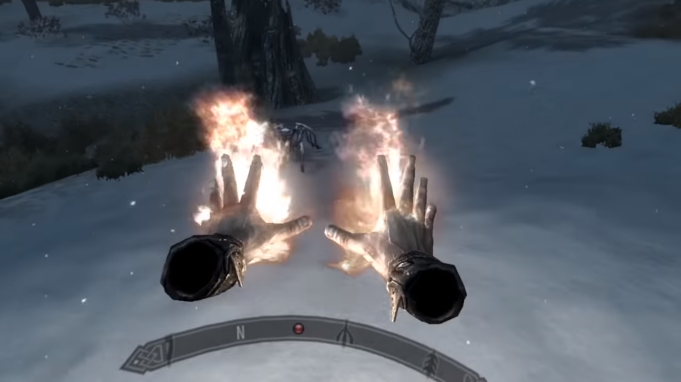 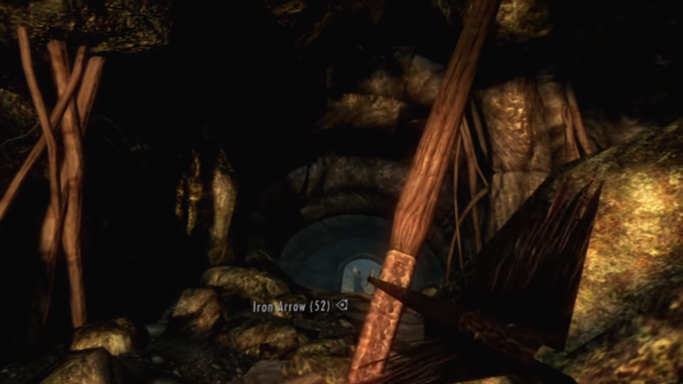 Batman Arkham VR is Rocksteady’s masterpiece of the VR world. It’s available for PC and PlayStation VR. Batman Arkham is a detective tale, you don’t have to reach the goons, you have to solve the Arkham mysteries by using your gadgets. 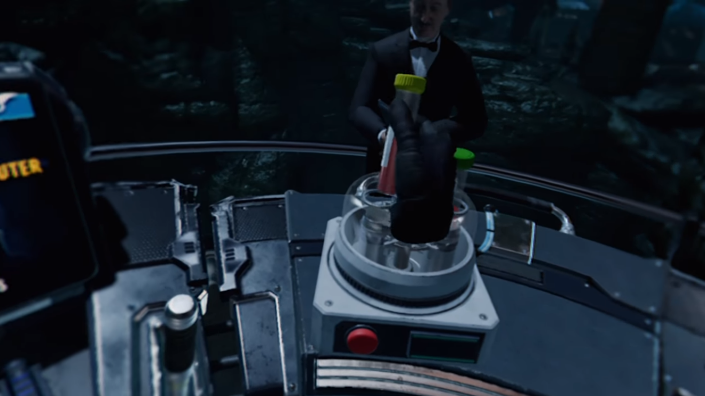 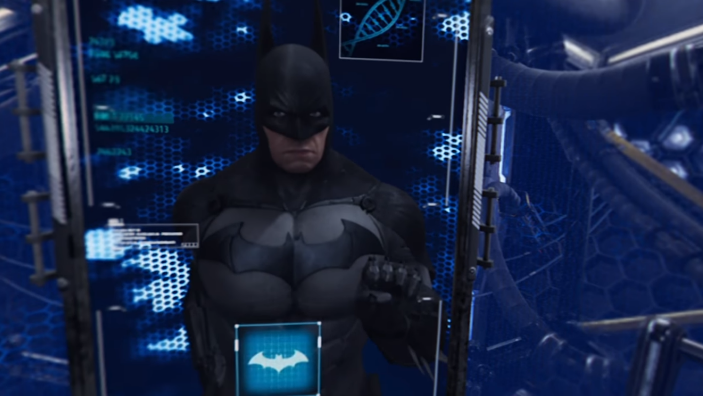 Doom VFR is another Bethesda VR game, developed by Id Soft. This is the first-person shooter with fast-paced, intense action gameplay. There are 2 types of character movements in this game, but that does not lower the bar of this game. This game feels awesome in VR. 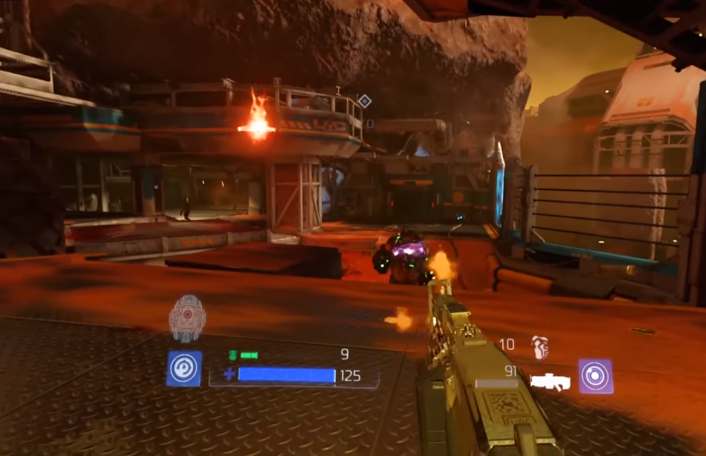 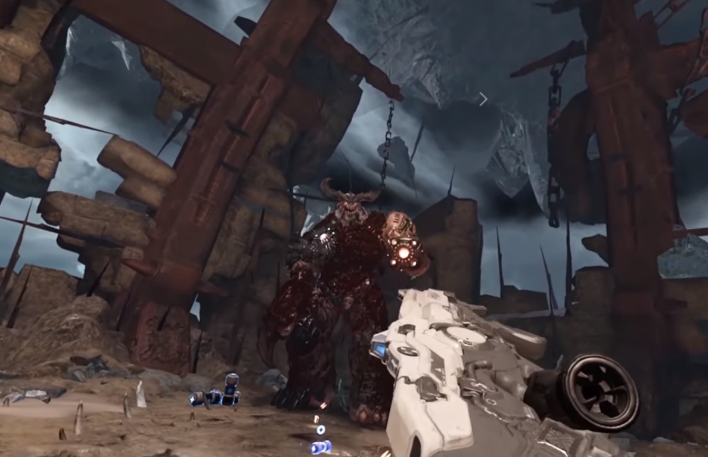 If you’re a car sim racing fan, this game is for you. This game is developed and released by Bandai Namco. Beautiful graphics and finely built interiors give you an impression as if you were inside a real vehicle. This is the best simulation game you can play in VR. 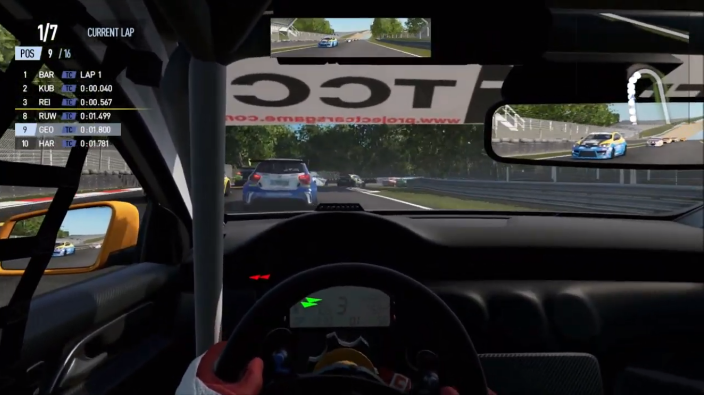 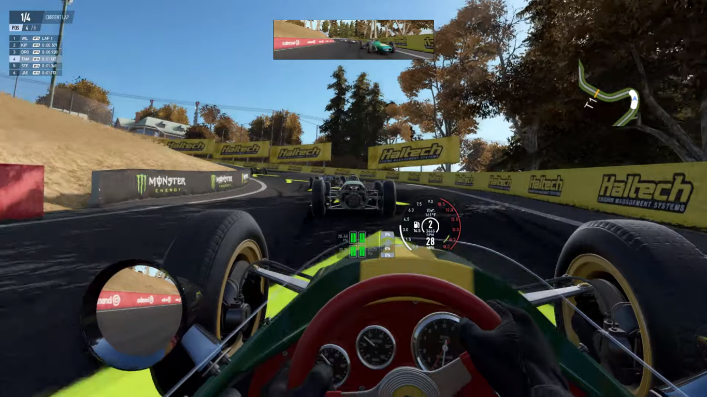 This is a popular and somewhat controversial space exploration video game. But we’ve got to give credit to the game designers who created some incredible visuals. The game is presently accessible in VR. It would be awesome to sit down and immerse and explore beautifully crafted worlds. This game is huge and the VR is the perfect way to play the game. 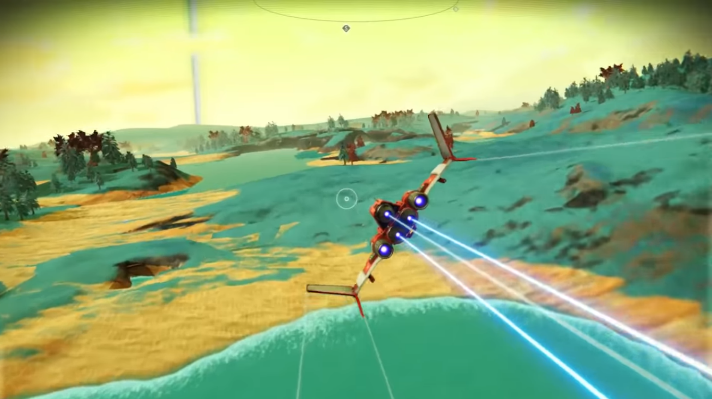 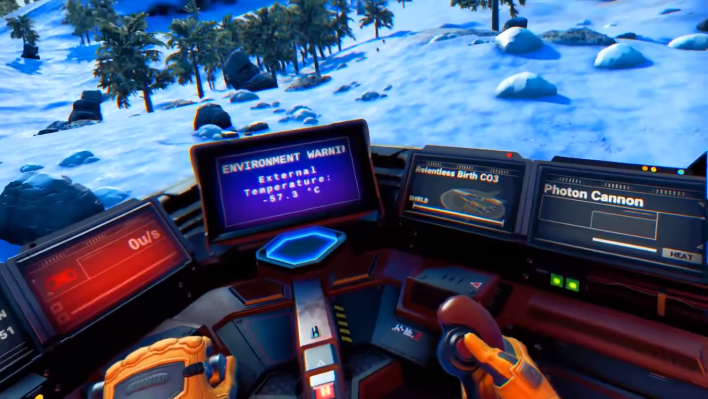 9) The walking dead: saints and sinners

This game is based on a comic book series called “Saints and Sinners.” This is the best zombie game you can play in VR. Amazing graphics can make you believe like you are in the zombie world. The combat is very strong. This game has to be a must. 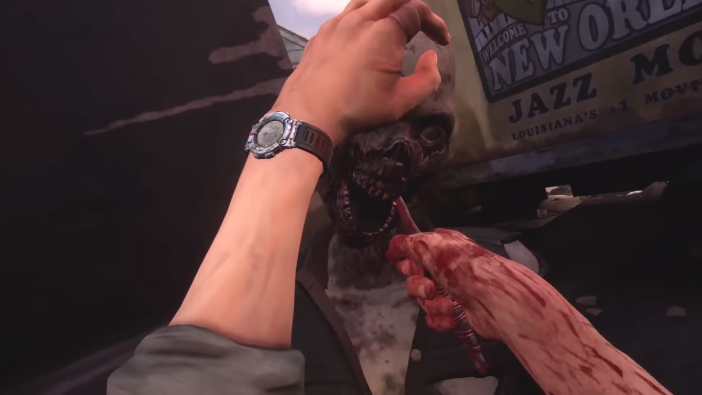 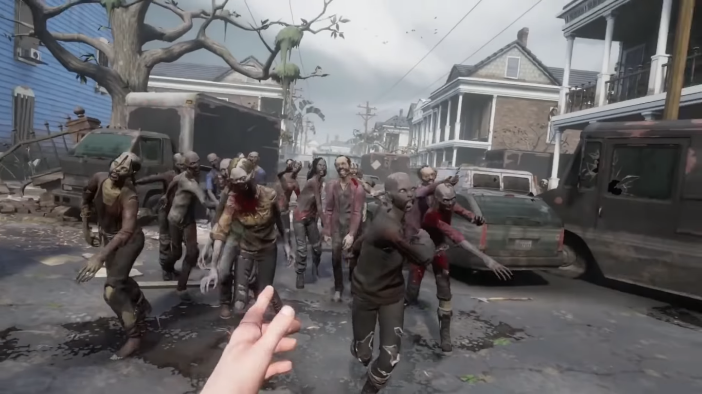 Who doesn’t recall the famous Half-Life game, this game will take you back to the world after 13 years. This game is specifically designed and created for the experience of VR. This game may be the perfect example for VR developers, since Half-Life: Alyx is great at all, be it gameplay or graphics. The developers have put a lot of work into this game. If you want to have great game experience with VR, you should play this game. 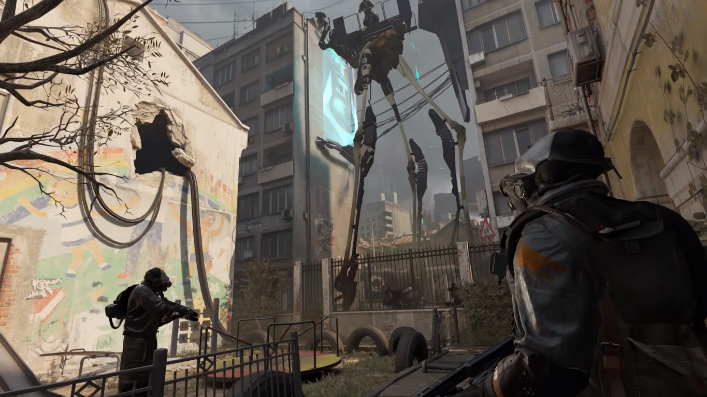 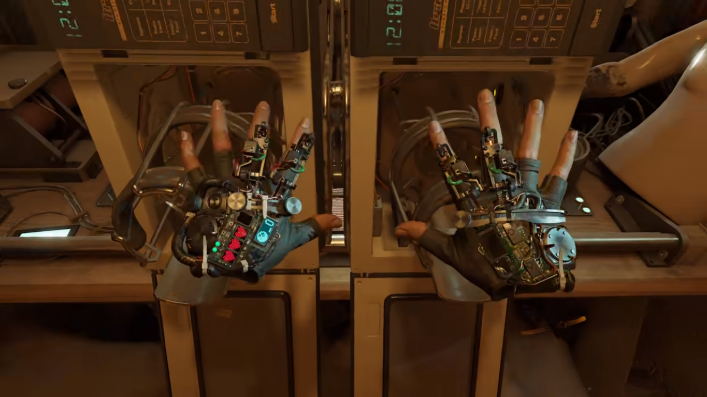 There are several other VR games available, some of which are in development, but these games can be classified to be the best to play if you’re just starting your VR journey.

So which game you’re going to play first, let’s have a comparison:

Half-Life is undeniably the best game to begin your VR experience if you’re a true Half-Life fan. But if you are a casual gamer, then “Beat Saber” and “Pistol Whip” are a decent alternative.

As the VR market is growing, companies are producing more and more VR-related content. Games are the perfect way to explore virtual reality. Some game developers are making a real effort to create VR games. Half-Life: Alyx is an excellent example for other developers. Most games are cross-platform and supported by most VR headsets. So, you don’t need to buy a particular headset. Games like Beat Saber can also be played on Standalone headsets because it doesn’t require a high-end GPU to render graphics. There’s a wide variety of VR games available that we’ve listed some successful games that can be your VR experience starter kit.